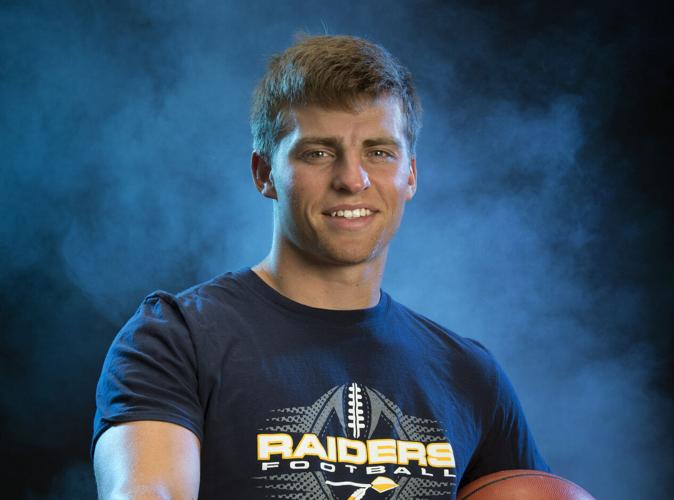 Elmo's Braden Bohanan, is the Male Athlete of the Year, at Elco High School in Myerstown Thursday June 17, 2021. 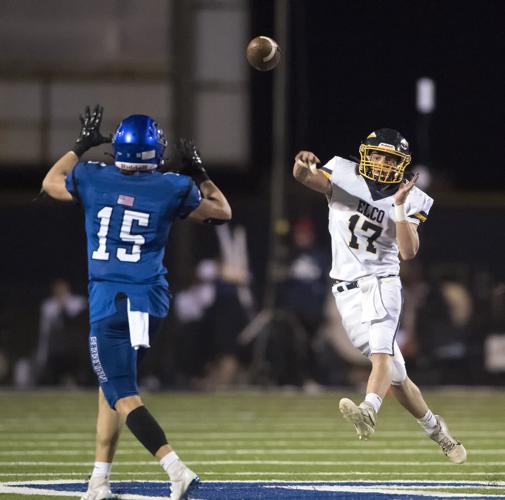 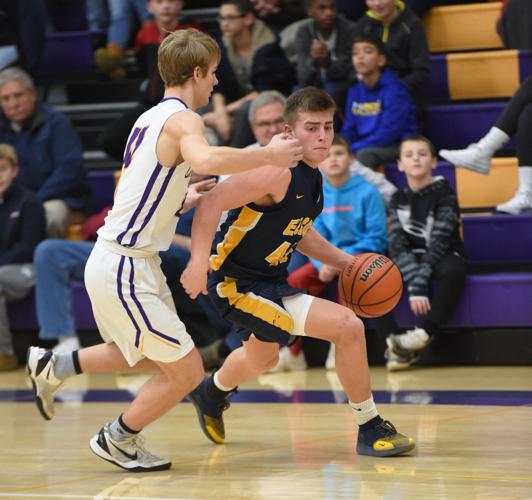 Elmo's Braden Bohanan, is the Male Athlete of the Year, at Elco High School in Myerstown Thursday June 17, 2021.

Can Braden Bohannon get some down time? Does he even want any?

Actually this moment on a June Thursday qualifies as a break, as LNP | LancasterOnline photographer Chris Knight unloads the elaborate equipment to convert an area behind the home football bleachers at Elco High School into a portrait studio.

After eight hours at a summer warehouse job and just before he rushes off to an American Legion baseball game, there’s some genuine standing-around time.

“I’m going to be getting ready for (college) football and basketball on my own,’’ Bohannon, LNP | LancasterOnline’s male athlete of the year, said of his summer plans. “I’m playing a little bit of Legion baseball just to have something to do.’’

Bohannon won the award for his versatility. He is a classic three-sport athlete - football, basketball, baseball - of the type old-timers claim no longer exist.

He has been varsity starter at Elco, in all three, since he was a freshman. This school year, he was named all-state in football and basketball. That’s not entirely unprecedented; Lancaster Catholic’s Devin Atkinson also did it this year.

But Bohannon was all-state twice in football, and the absolute fulcrum and most indispensable part of one of the best football teams in Elco history.

The Raiders rolled to the L-L Section Four title, their only loss to powerful Lampeter-Strasburg for the District Three Class 4A championship. Bohannon was named Lancaster-Lebanon League Section Four Back, Offensive Back and Defensive Back of the year and led the entire league in rushing as a quarterback.

In basketball, he averaged 18 points per game this winter, and finished as Elco’s second-leading career scorer.

Baseball is clearly sport number three, yet it provided a surprise final chapter to Bohannon’s high school story this spring. Elco finished third in L-L Section Three, didn’t make the league playoffs, but went on a postseason roll, winning the District Three 4A title and reached the state quarterfinals. It was Bohannon’s only district championship.

“That was exciting,’’ he said. “It was pretty unbelievable that we were able to do that.’’

Due to the pandemic, baseball was also the only normal-sized season of his senior year.

“It was still a good year,’’ he said. “It was a strange year. Some things were unlucky, I guess.

"Maybe things would have been different with a full season in football and basketball, but things worked out. I wouldn’t ask for it to be any different.’’

Bohannon is headed to Lebanon Valley College, which recruited him as a quarterback in football and also to play on the basketball team.

Bohannon isn’t what you’d call a Pro-Style QB. He wasn’t really a dual-threat guy in high school, either, because Elco ran a Veer offense his last three seasons, and almost never threw the ball.

“I think picking up the offense will be a big thing,’’ he said, and Bohannon started working on that as an observer during LVC’s spring practices.

“I was able to come up with quite a bit of stuff doing that,’’ he said. “The other thing is just throwing the ball as much as I can.’’

In basketball, Bohannon is part of a nine-member freshman class at LVC, and won’t be joining that team until the season is underway.

It won’t be easy, but he isn’t interested in easy. Or in down time.

LNP | LancasterOnline's male and female athletes of the year, Braden Bohannon of Elco and Cocalico's Hannah Custer, join the show to talk abou…

Ryan Brubaker is now officially a Cocalico alum. Earlier this week, he reported to the University of South Carolina to begin his next chapter …