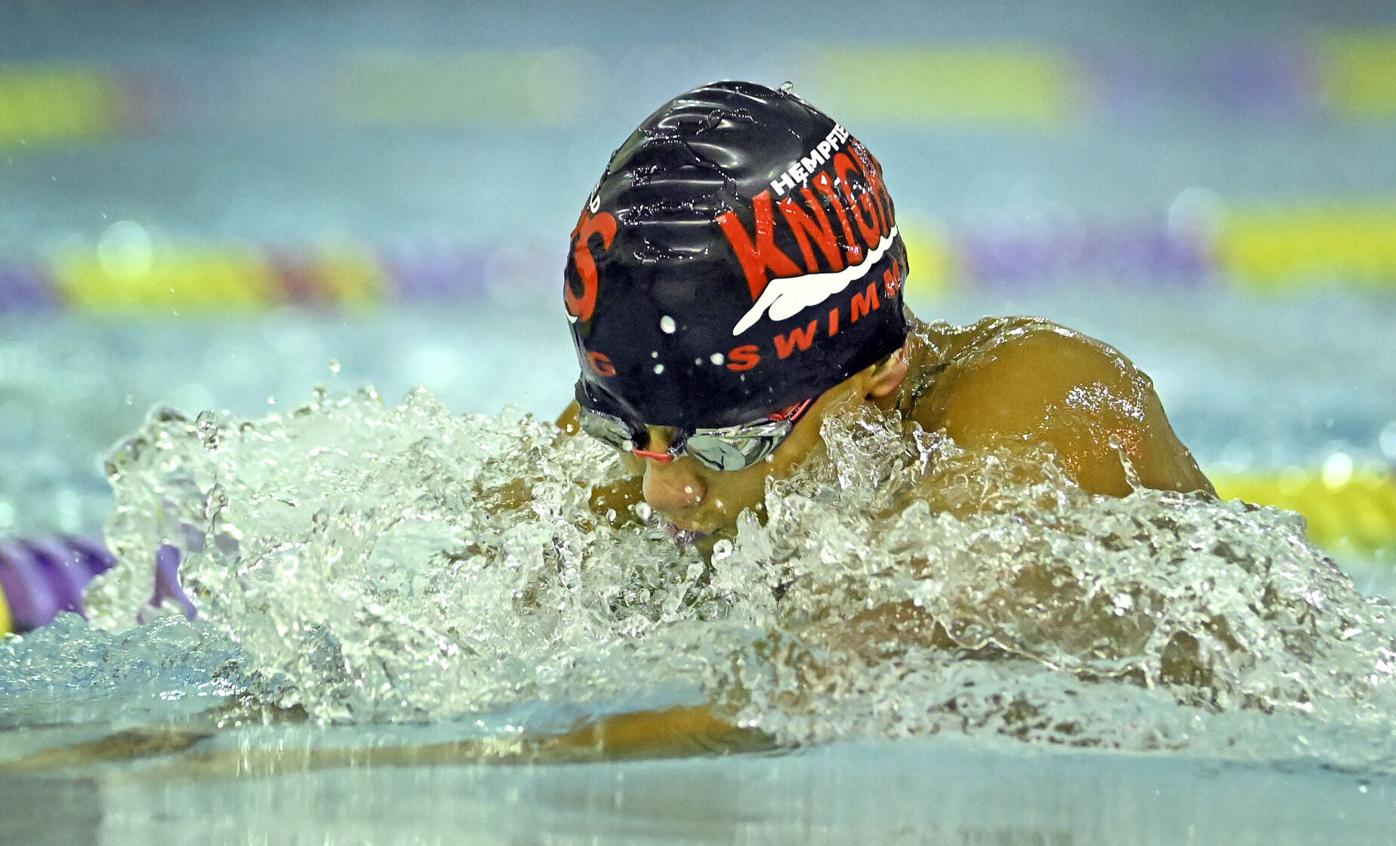 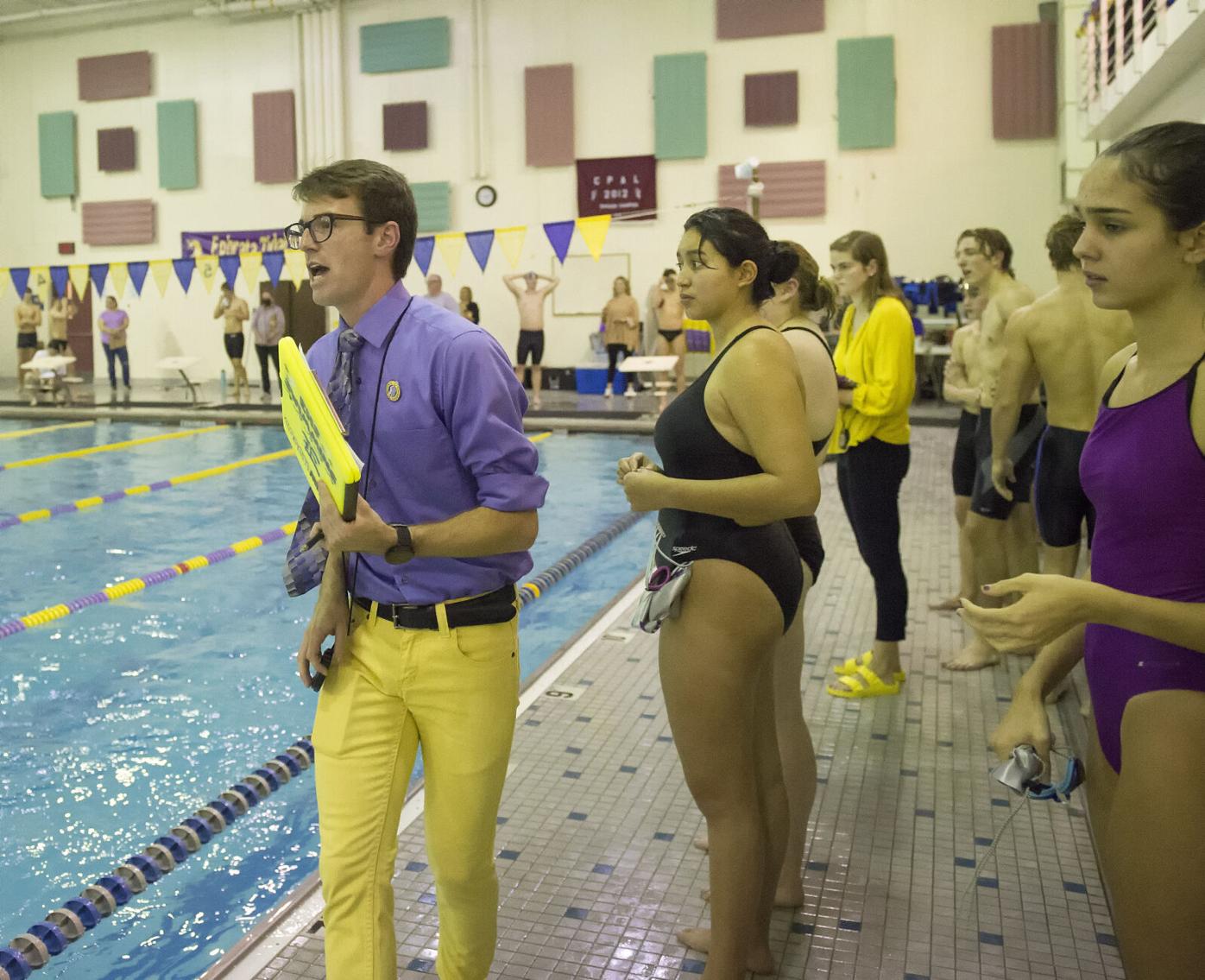 Ephrata head coach Mickey Molchany, cheers on his swimmers against Hempfield during an L-L swim meet at the Ephrata Rec Center Tuesday Dec. 14, 2021.

Ephrata head coach Mickey Molchany, cheers on his swimmers against Hempfield during an L-L swim meet at the Ephrata Rec Center Tuesday Dec. 14, 2021.

Lancaster-Lebanon League teams returned to the swimming pool this past week, with the first rounds of crossover meets taking place.

Sometimes the early meets present quite a challenge for the Section Two teams going up against the typically bigger foes from Section One.

The Pioneers faced Cedar Crest and Warwick in the last week, and the girls squad managed to win vs. the Falcons.

“Focus on personal growth, which then leads to the team score,” she said. “In swimming, it is a team sport, but you are individually swimming in every single event, even relays; you can look at it individually and as a team.

“If you focus on the small things of bettering my time, or simply my underwaters, my dives, that is going to lead to success in the team sport.”

Before the season, Elizabethtown coach Chad Houck stressed the importance of the crossover competition, especially because the teams missed it during 2020-21 because of COVID-19.

“I look forward to seeing how things shake out in the non-section meets because last year was a tough one to learn things from,” he said.

Ephrata coach Mickey Molchany saw mixed results against Section One. On Thursday, the Mountaineers topped Penn Manor in the boys and girls meets. However, in the season opener two days earlier, Ephrata fell to Hempfield in both, despite winning 13 of 22 races.

“Their depth was insane,” Molchany said of the Black Knights. “I think on the boys side, during the first half of the meet, we won every single event and we were losing.”

Few teams performed better than Hempfield during the opening week, especially on the boys side. Not only did the Knights sweep Section Two favorites Ephrata and Elizabethtown, but the boys also scored wins over Lower Dauphin (108-49) and Dallastown (87-82) in Friday’s Keystone Cup.

First-year head coach Casey Lear could not be happier with his squad.

“We saw some excitement and we saw excellent swims from kids that would dig deep,” he said after beating Ephrata. “It was everything I could ask for.”

Picking leaders a process at L-S

While acknowledging how difficult it is to beat a large, deep team such as Warwick, Turner said the Pioneers’ upperclassmen are setting splendid examples for the rest of the squad.

“It’s been exciting to grow that program and see your seniors take on that leadership role,” she said. “Each of my seniors are captains this year, but it is not as simple a thing as a team vote. They have an application they apply for. The team gives me input and ultimately the coaches have the final decision. As seniors this year, they are ready to lead.”

“With our captain application, we are looking at it as a position; you are applying for it, so it’s not something to take lighthearted,” Turner said. “As a leader, you want to be an active leader, not just a fast swimmer.

“So, it’s looking at it outside of the pool as well as inside of the pool. That application broadens that viewpoint and thinking of it as a life position. … The leaders we have here were all in.”

Close meet of the week

Tuesday’s boys crossover meet between Manheim Central and McCaskey, won 60-57 by the Barons, was stellar.

Victories from Wyatt Kupres in the 100 backstroke and Colton Faulhaber in the 100 breaststroke, were crucial, allowing the Barons to hold off McCaskey, after the Red Tornado won the final 400 free relay.