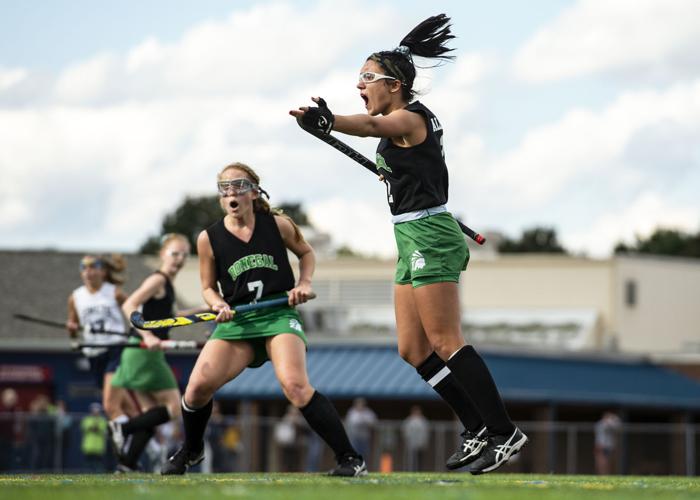 Donegal’s Mackenzie Allessie (2) reacts after a shot on target against Penn Manor in the LL League Championship at Conestoga Valley High School on Saturday, Oct. 20, 2018. 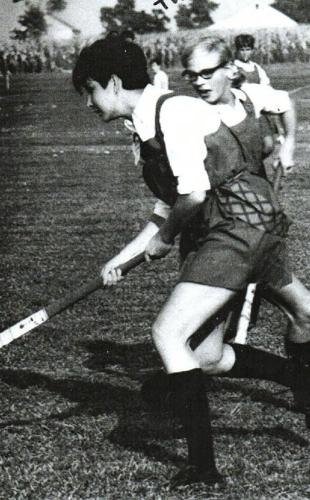 Eileen Grumbine (she is the one closest in the photo) - grandmother of Grace Gerner, is shown battling for the ball for Conestoga Valley against Warwick 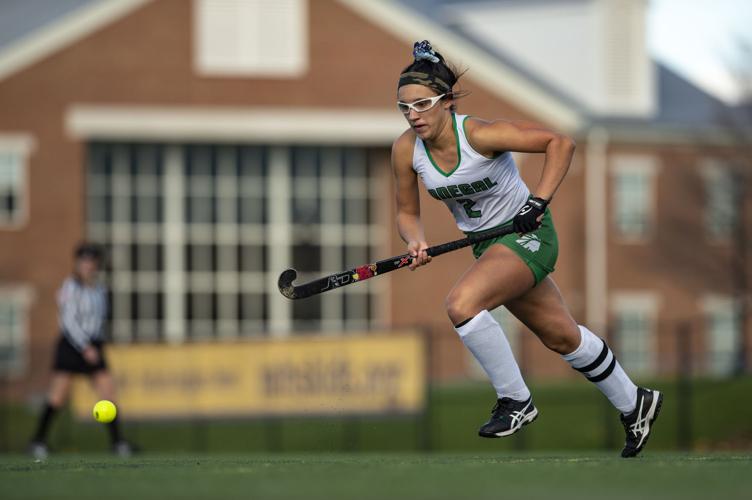 Donegal’s Mackenzie Allessie (2) gives chase to a loose ball in the PIAA District 3 Class 2A Championship at Milton Hershey School on Saturday, Nov. 3, 2018. 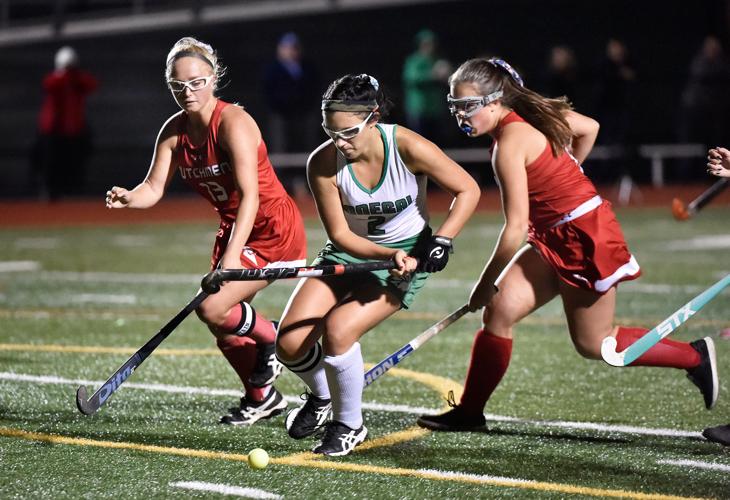 Donegal’s Mackenzie Allessie (2) reacts after a shot on target against Penn Manor in the LL League Championship at Conestoga Valley High School on Saturday, Oct. 20, 2018.

Eileen Grumbine (she is the one closest in the photo) - grandmother of Grace Gerner, is shown battling for the ball for Conestoga Valley against Warwick

Donegal’s Mackenzie Allessie (2) gives chase to a loose ball in the PIAA District 3 Class 2A Championship at Milton Hershey School on Saturday, Nov. 3, 2018.

Anyone who played Lancaster-Lebanon League field hockey more than a decade ago might not always recognize what is happening in today’s game. But many say they agree the use of turf, as well as other rule changes to open up the game, have improved it.

Conestoga Valley coach Lee Gerdes, who played high school field hockey at Cedar Crest and collegiate field hockey at West Chester University, has seen countless changes since her playing days through the 35 years she spent coaching, and she says the changes have been great for the sport.

“It’s so much faster,” Gerdes said. “I think it’s more exciting now. It aligns itself a bit more with soccer, more seamlessly, which from a spectator standpoint is better. It used to be, ‘I don’t know what all the whistles are for.’”

“It’s so much faster,” echoed Donegal coach Gina Allessie, who also coached at Milton Hershey from 1996 to 2011.. “The self-start rule makes the game a lot faster. That’s one big improvement. The long hits, they used to be taken from the side, now they are directly in the front mouth of the goal, wherever it went out of bounds. That’s another big advantage.”

Another difference is the ability to loft the ball, called 3D play, as long as it’s not deemed dangerous.

“The aerial balls .. I feel like a lot more teams are using them,” said Allessie. “Back in the day, anything lifted into any area they used to call right away, so that’s opened up the field a little bit.”

Many also point to the elimination of calling offsides as one of the biggest changes for the good. In fact, that change not only helped the players and fans, but also the officials working the game.

“When I started, there were so many rules, high school, college, international,” said Eileen Grumbine, who played at Conestoga Valley and went on to officiate for 37 years. “When offsides disappeared we were all like, ‘yea!’ You’d spend so much time counting how many people are there and taking your eyes of the play.

Grumbine said that few people understood many of the rules previously, therefore the optics for spectators have also improved.

“Over the years, the rules were more relaxed. We didn’t have as much obstruction, we loosened up on the sticks called, offsides disappeared,” she said. “We tried to let the game flow with less whistles and it has evolved.”

With the increase of shots in the air, the speed of the game especially when played on turf, better sticks that produce faster and harder shots, goalkeepers needed more protection.

The equipment has improved greatly, as goalies have full sets of pads similar to their peers that play on the ice. A former keeper, Gerdes said that has made quite a difference.

Things have come a long way from when she played and stuffed carpet squares into her goalie boots, so her feet didn’t get smashed.

“All those changes made the saves more spectacular when you saved them,” she said. “I would think most goalkeepers would say they enjoy the changes. When I played, there was no helmet, no chest protector, only these two little leg pads. The fact you get all the cool equipment, you almost feel invincible.”

“No. Personally, I could not imagine it at all,” she said.

ELLIOTSBURG — Forget the final score. Lancaster Mennonite had many reasons to leave the stad…

From cross country to field hockey, Richmond to Messiah, Warwick alum Kate Dickow has been on a journey

A third-generation field hockey player, Warwick alum Kate Dickow had never before tried cross country when she arrived on the University of Ri…

Lancaster-Lebanon League's golden anniversary: A look back at 50 years of L-L sports

The Pennsylvania State Athletic Conference on Wednesday announced its all-conference teams for the 2021 field hockey season. The selections we…

Eileen Grumbine didn’t want to work on the family farm after her day at Conestoga Valley High School ended, so she took up sports.

The 2021 Lancaster-Lebanon League field hockey all-stars list by section is listed below. These selections were determined by L-L coaches. The…