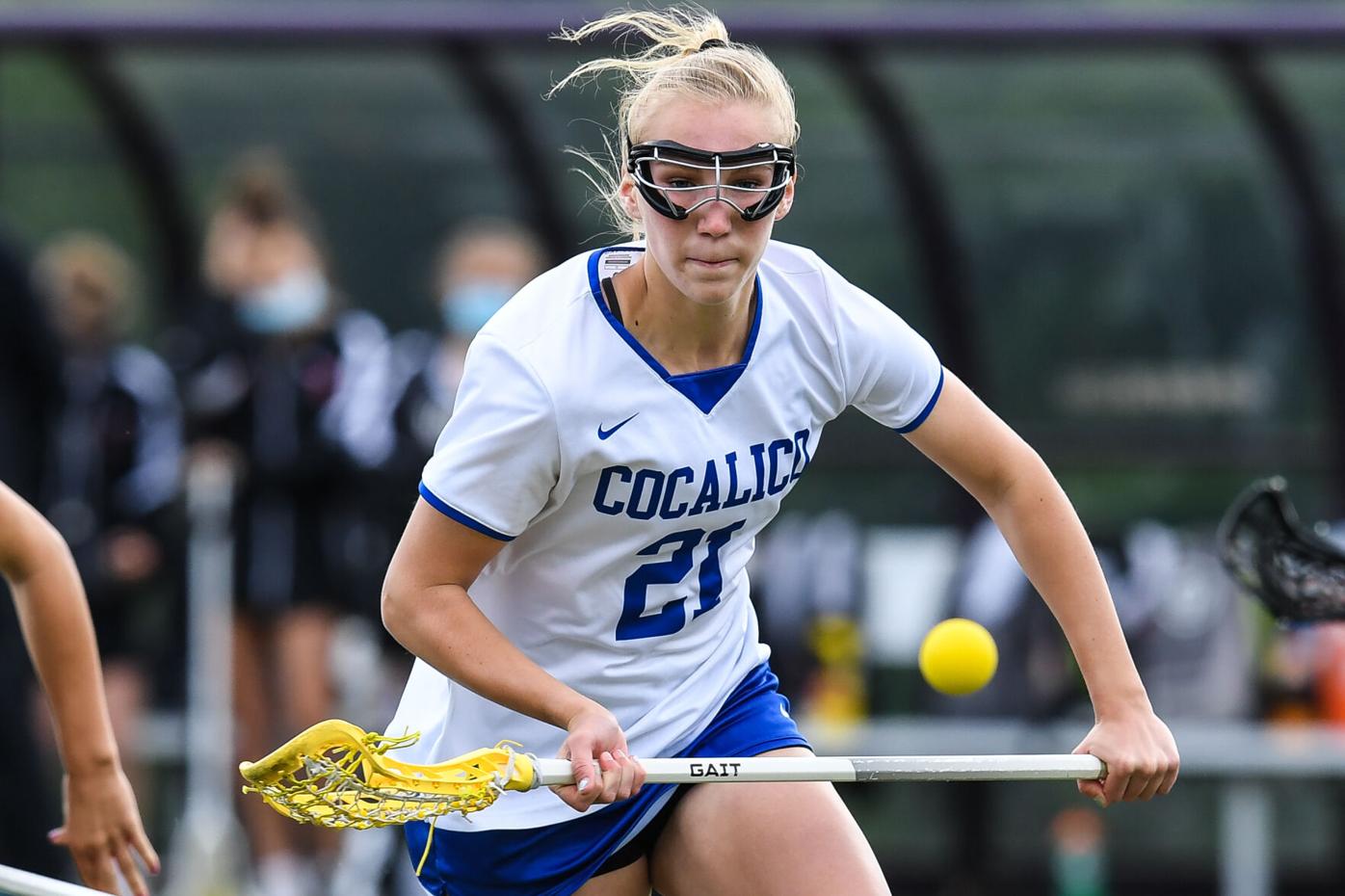 Hannah Custer (21) of Cocalico goes after the ball against Hempfield in L-L League girls lacrosse semifinal action at Mountaineer Field in Ephrata on Tuesday, May 11, 2021. 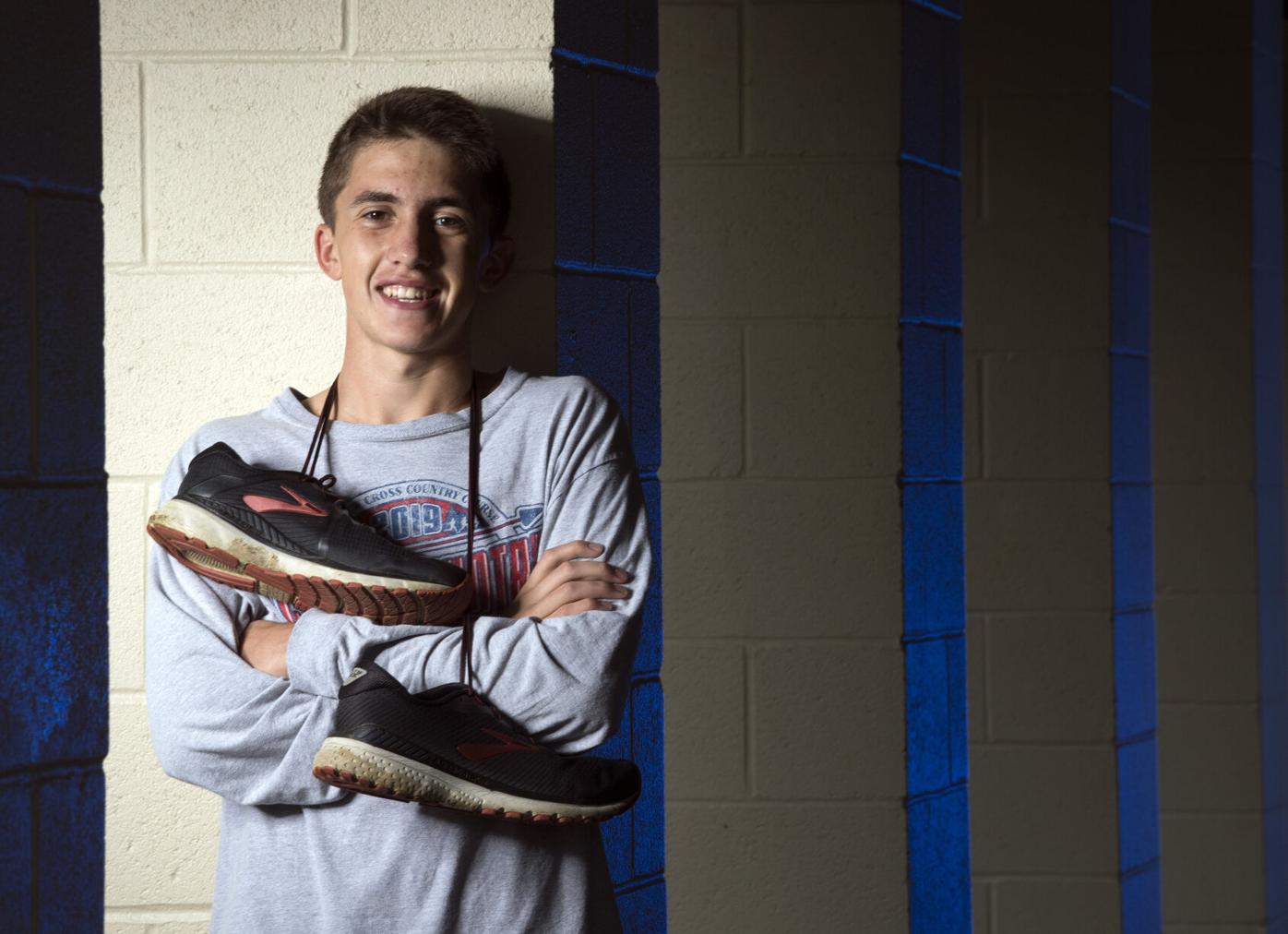 Hannah Custer (21) of Cocalico goes after the ball against Hempfield in L-L League girls lacrosse semifinal action at Mountaineer Field in Ephrata on Tuesday, May 11, 2021.

It is one of the most coveted awards in the Lancaster-Lebanon League, and a pair of talented student-athletes this week were rewarded handsomely for their work in the classroom and on the playing fields for the 2020-21 school year.

Cocalico senior Hannah Custer and Penn Manor senior Graham Thomas are this year’s A. Landis Brackbill award winners. That talented twosome maintained at least a 3.5 GPA and participated in two or more PIAA-sanctioned sports, and they were tabbed for their exceptional multi-purpose abilities in the greater community.

Custer is a three-sport standout for Cocalico, excelling in field hockey, basketball and lacrosse. Thomas is a distance runner extraordinaire for Penn Manor.

Brackbill was a principal at Penn Manor, and he was the first executive director of the L-L League. The award was established in his name in 1989. Custer is the third female from Cocalico and Thomas is the third male from Penn Manor to be honored.

“It’s an important award because it showcases those kids being whole people,” current L-L League executive director Ron Kennedy said. “It’s the athlete, the person, the academics, the volunteerism. But it’s not just about being a great athlete. They’re unbelievable students. It’s the whole package. These are the best of the best.”

Each school in the league can nominate two student-athletes for the award. Custer and Thomas took top honors for 2020-21.

Custer is having a sensational senior year for Cocalico:

Her best sport is lacrosse, and Custer is having a season for the ages this spring for the Eagles. The league’s Most Valuable Midfielder and first-team all-star selection helped Cocalico reach the league title game, and she has a school-record 125 goals and 10 assists as the Eagles set sail in the district playoffs.

Custer will play Division I lacrosse on scholarship for Richmond University.

Thomas has spent his senior year burning up local cross country courses and tracks. Last fall, he was the L-L XC champ and he earned first-team all-star honors. Thomas followed that up with a victory in the District 3 Class 3A finals, becoming Penn Manor’s first male district champ since 1981.

Thomas capped his cross country season in style with a third-place finish and the bronze medal in the PIAA finals, and that success carried over to the track this spring; Thomas won L-L League gold medals in the 1,600 and 3,200, and he’s the top seed in the 3,200 event in the upcoming district finals.

Thomas is set to run at the Division I level for Temple University.

Since the District Three girls lacrosse tournament began in 2009, Manheim Township has advanced to the district semifinals every season. The B…

When: Conestoga Valley school board meeting via YouTube, May 17.

When: Donegal school board meeting, May 13.

Editor's Note: A previous headline on this article incorrectly stated that the Penn Manor school board approved a tax increase. The board sign…

Solanco district to keep some COVID-19 restrictions in place

When: Solanco school board meeting, via livestreaming, May 17.

The semifinals of the boys and girls District Three lacrosse tournaments are set. The boys will play Monday, the girls Tuesday. In all, four L…

HERSHEY — Lancaster Catholic’s boys tennis team had its way with most every team it encountered this season.

Here's a look back on highlights from 2021 L-L League boys, girls lacrosse season

The 2021 high school lacrosse season began with question marks. With the COVID-19 pandemic wiping out the 2020 campaign, it remained to be see…

While the 2021 high school lacrosse season was able to be played amidst the COVID-19 pandemic, there were still multiple postponements, cancel…

Like pretty much every other athlete in the Lancaster-Lebanon League at the end of last summer, Cocalico’s Hannah Custer wasn’t quite sure wha…