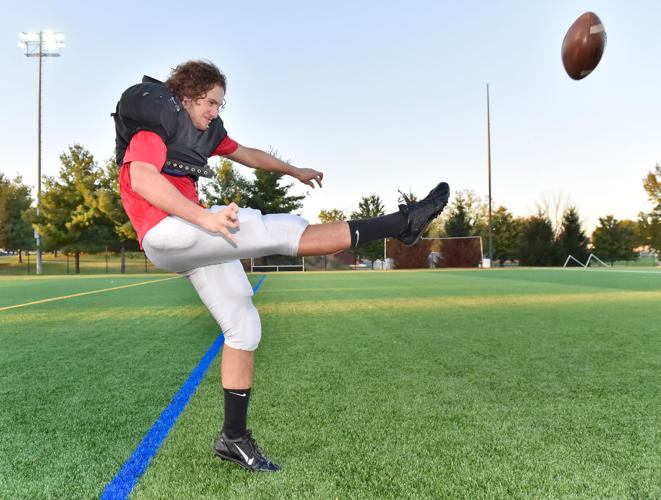 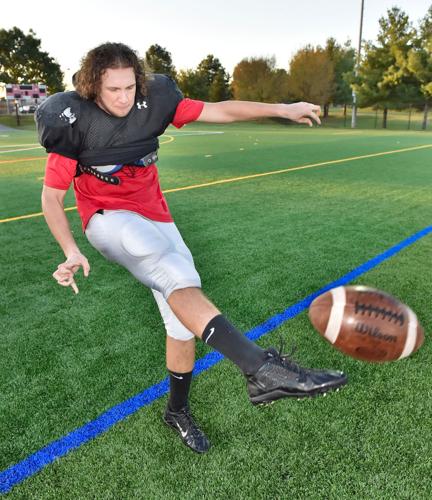 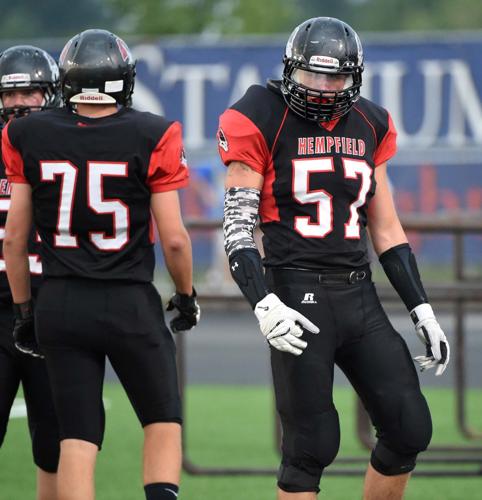 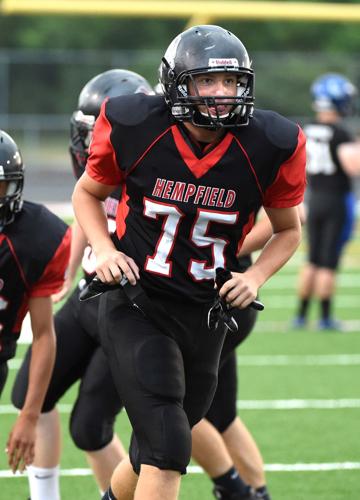 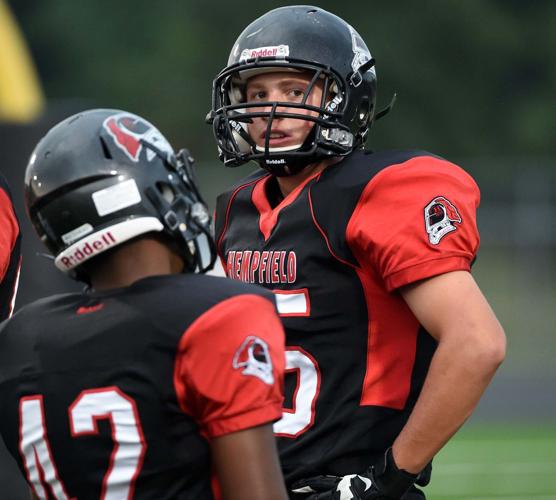 Hempfield High School senior Evan Pritchard can sometimes hear his dad on the football field on Friday nights. Usually it’s when Evan is positioning himself along the offensive line.

“Your stance is too wide,” his dad would say.

So Evan would bring his feet closer together.

Only thing is, his dad isn’t actually there.

Perry Pritchard died unexpectedly around this time two years ago. He was only 43.

Evan Pritchard remembers his mother waking him in the middle of the night. His mom telling him his dad was having trouble breathing. An ambulance soon arrived.

Hours later, his dad was gone.

Doctors said it was cardiac arrest. The sudden death sent shock waves through Conestoga Valley High School, where the elder Pritchard was an assistant principal.

And although his son said school and football served as a good distraction, things eventually became more challenging as he internalized his feelings.

“At first in going back to school I was saying, ‘I’m good. I’m good,’” Evan Pritchard said. “It didn’t work out well. It was chewing me up on the inside. But when I started vocalizing that to my peers and finding people I could talk to that was great.”

His football teammates stepped up, too. Like senior Nate Trimble, who offered up his starting offensive lineman spot to Pritchard for Hempfield’s first game of the 2015 season.

“I was really scared. I almost didn’t want it, I was so nervous,” Pritchard said. “It was pretty emotional.”

Meanwhile, other families have provided support to Pritchard and his younger brother, Ethan, now a sixth-grader at Hempfield’s Farmdale Elementary School.

And, as the big brother, Pritchard has happily taken on more responsibilities.

For instance, he will sometimes finish school and pick up Ethan from daycare if their mom, Stephanie, is still working. Pritchard might also cook dinner and help Ethan with his homework.

He has also stayed home to watch Ethan during the day the last two summers so their mother could work, with Pritchard himself then working in the evenings as a bat boy for the Lancaster Barnstormers.

Thanks @evan_pritch for helping to strike out pediatric cancer this summer at the Barnstormers! 🔷⚾️ #miniTHONmonday pic.twitter.com/Xy1ZbH7pGj

It’s that kind of work ethic that’s pushed Pritchard to take seven Advanced Placement courses this school year, as he readies himself to study astrophysics in college.

He wants to be a rocket engineer one day.

That work ethic is also what’s propelled him to become, arguably, the Lancaster-Lebanon League’s best senior punter this season.

John Zima is a local kicking instructor whose Kick It company operates mostly in the southeast quadrant of the state with specialists like Pritchard.

“He’s big and strong. I needed flexibility from him,” Zima said when recalling his first interactions with Pritchard two years ago. “For a punter, he has to finish with his foot above his head (on punts).”

So Zima instructed Pritchard, who’s been Hempfield’s varsity starting punter since his sophomore year, to give ballet and yoga a try.

“One thing about Evan, you tell him to do something and he’s challenged by it, he’ll go after it and destroy it,” Zima said.

Pritchard already sticks out among his teammates, with a large brown mop of hair atop a 6-foot-2, 200-pound frame. So you can imagine the scene inside Silver Spring Dance Academy in West Hempfield Township when Pritchard first showed up to take ballet classes in a room full of girls.

“I ended up getting private lessons,” he said, “so I could focus on what I needed with my hips.”

Pritchard has 24 punts for a total of 804 yards (an average of 33.5 yards per punt) so far this season, with his long being 46 yards. Six of those punts have dropped inside the opponent’s 20-yard line.

And college coaches are taking notice. Among the 80-plus colleges Pritchard said he has reached out to since January, the one that’s taken the most interest in him to this point is Davidson College. He caught the eye of  the Division I FCS program in North Carolina after he won a kicking and punting camp there last summer.

In about two weeks, Pritchard will be one of 21 Hempfield seniors recognized on Senior Night before the Knights take on Lebanon in the final regular-season game of the 2017 season on Nov. 3. This is usually where each player meets their parents at midfield, give mom a bouquet of flowers and dad a big hug.

“That’s probably the worst for me in situations where my mom and dad should be there,” Pritchard said. “I’m sure it’ll be rough. But I’ll get through it.”

He will later take the field, handling punting duties and playing on the offensive and defensive lines. All the while, he’ll don his No. 57 jersey, the same number worn by his dad as a Penn State lineman in the mid-1990s.

Underneath his jersey, Pritchard will be wearing one of the shirts he wears every football Friday night, one of those that Conestoga Valley students made up two years ago in memory of Perry Pritchard. The hashtag “#playforpritch” is printed on them.

“He would tell him he’s so proud of him for everything and how much he loves him,” Stephanie Pritchard said when asked what her late husband might have told their oldest son on Senior Night. “That the sky is the limit.”

Can the Blue Streaks snap the streak?

From the first day of heat acclimatization practice until the last Lancaster-Lebanon League football team is standing later in the fall, we’ll…

The last time Cedar Crest and Cocalico matched up on the football field came in a Lancaster-Lebanon League Section Two contest in Week Six. Th…

Hempfield junior Aidan Hodge is considered by many to be the Lancaster-Lebanon League's top returning boys runner in 2021. The distinction com…

On the night that Hempfield inducted its latest athletic hall of fame class, including the most successful football team in school history, th…

Entering the week, Hempfield boys volleyball is unblemished in Lancaster-Lebanon League competition, sitting atop Section One with a 7-0 mark.…

It’s quite common for high school sports teams to volunteer a few times a year.