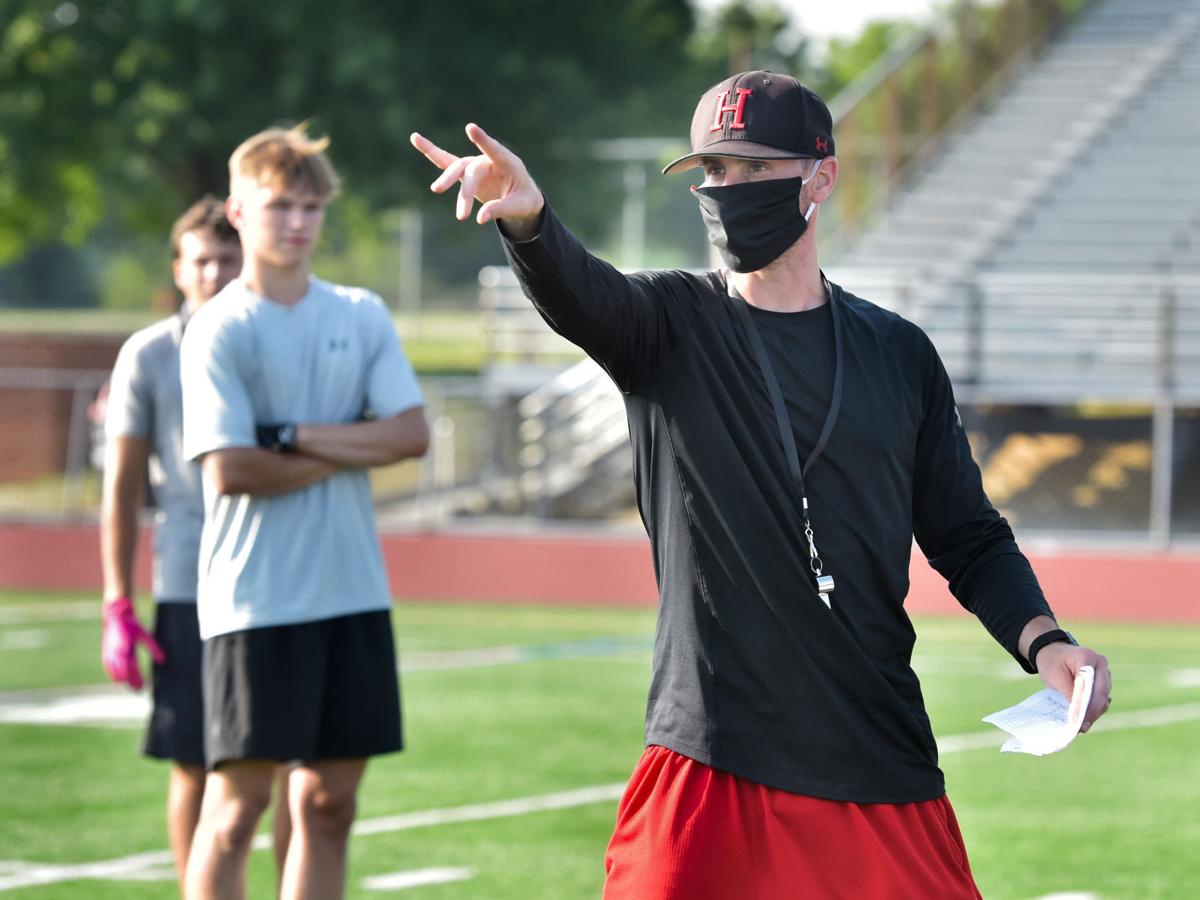 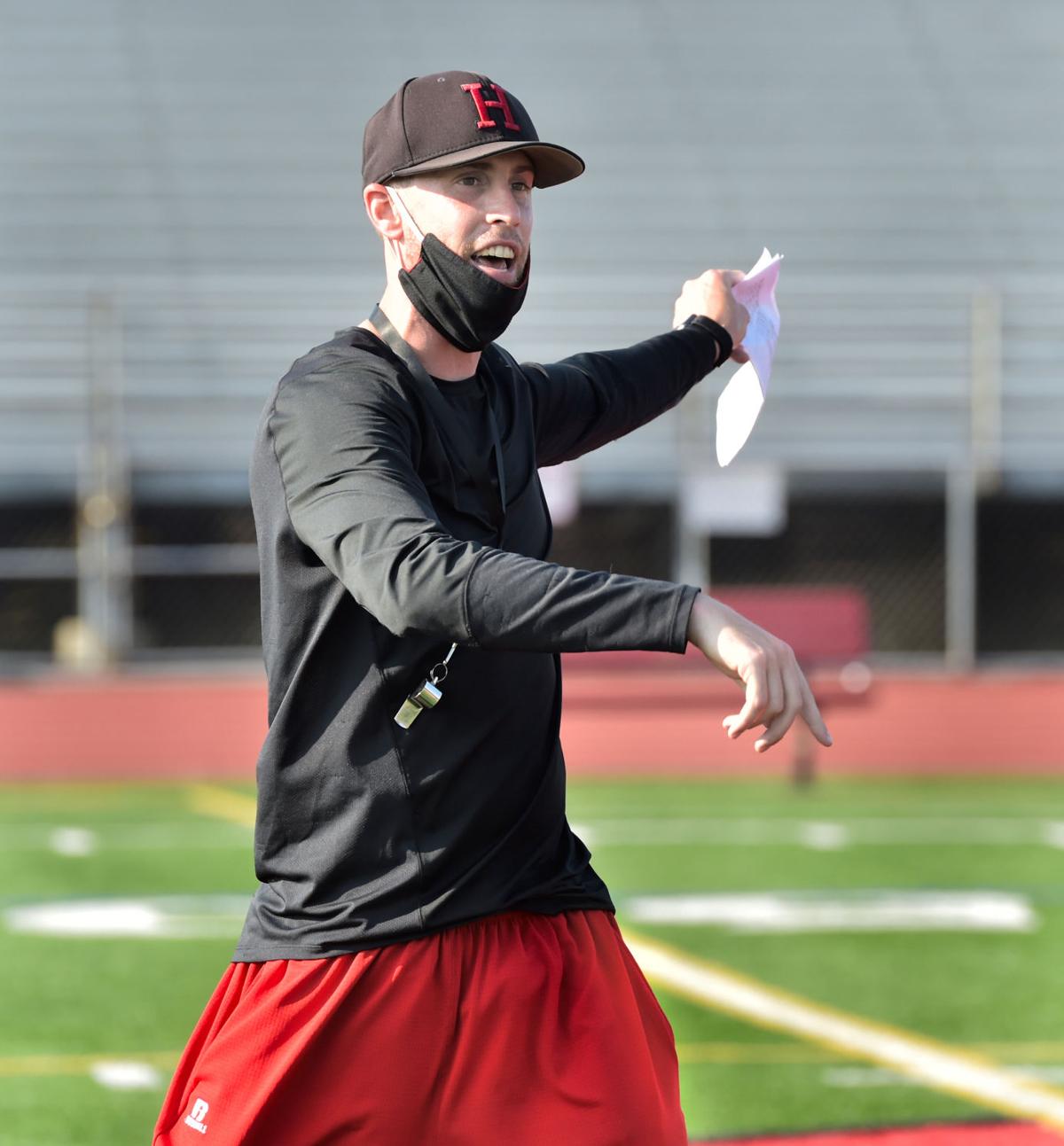 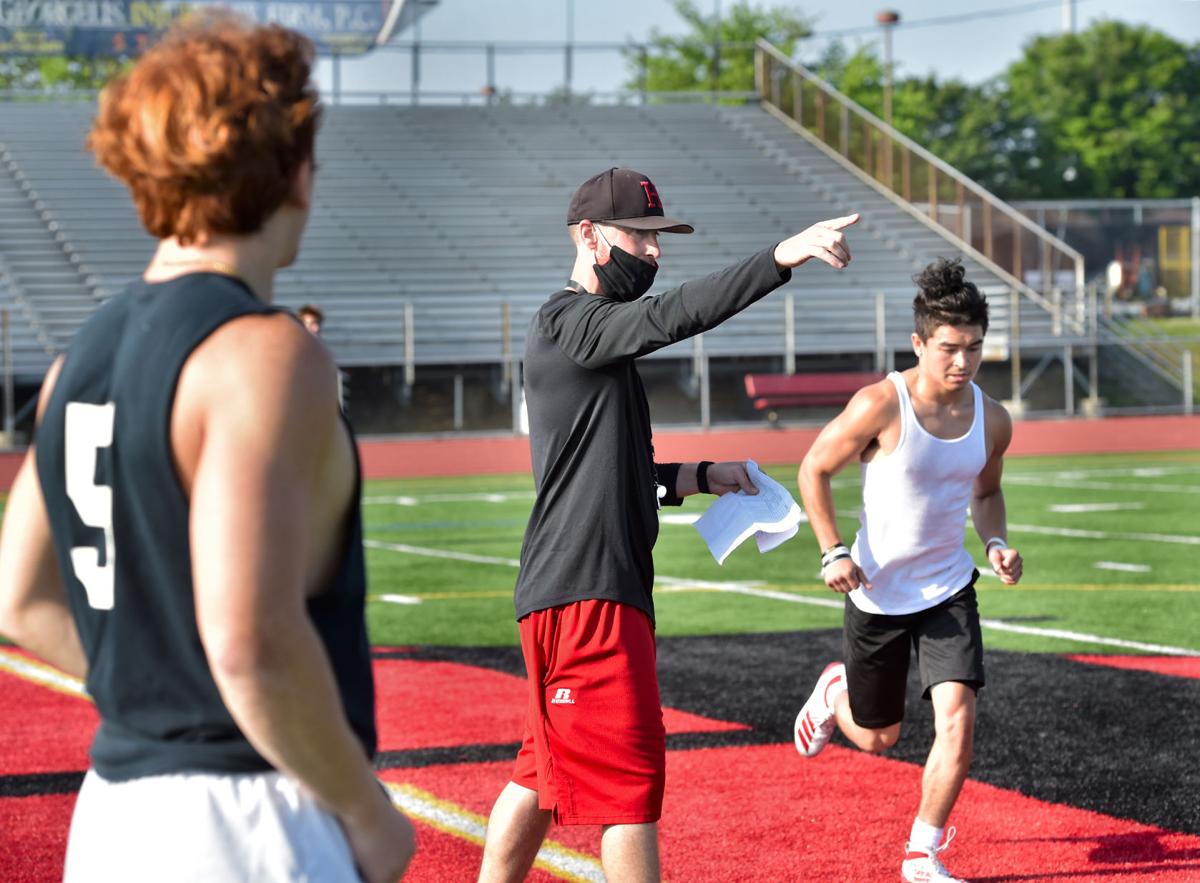 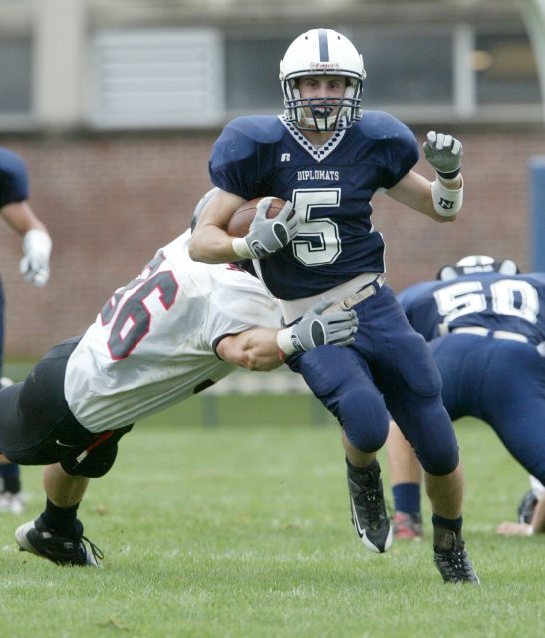 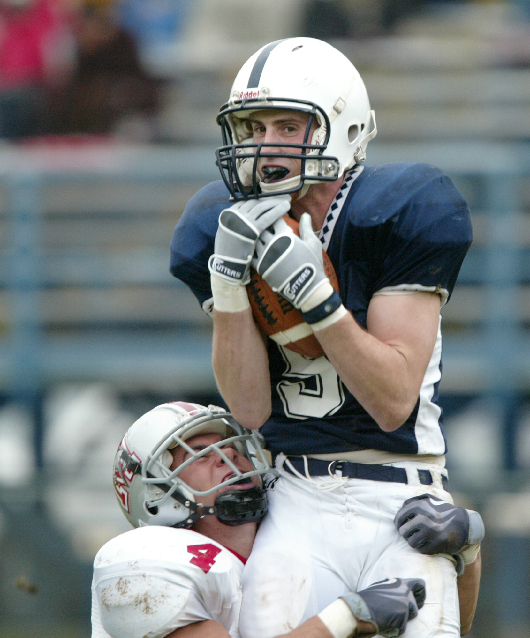 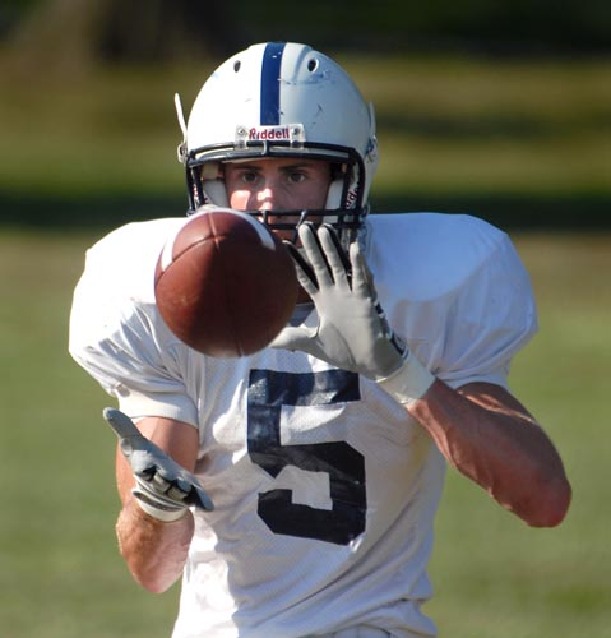 George Eager and F&M look to open their football season with a victory when they host Washington & Lee today. (Dan Marschka / Intelligencer Journal) 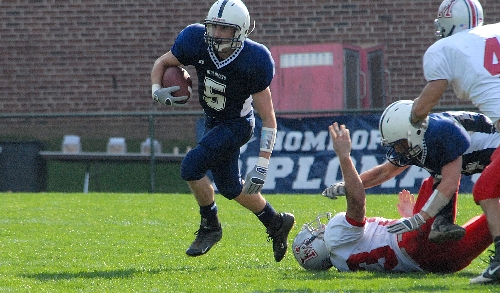 George Eager and F&M look to open their football season with a victory when they host Washington & Lee today. (Dan Marschka / Intelligencer Journal)

The former Manheim Township and Franklin & Marshall football standout, who is set to embark on his first season as Hempfield’s head gridiron coach, only needs to sit down with his wife, who knows a thing or two about skippering a team herself.

Kaitlyn Eager is F&M’s wildly successful field hockey coach. In her first three seasons on the job, she’s guided the Diplomats to a 55-12 record, with a Centennial Conference championship, plus three trips to the NCAA playoffs, including a Final Four appearance in 2017, a Sweet 16 journey in 2018, and a joy ride to last year’s National Championship game.

“She’s the gold standard in the family,” George Eager said. “I always tell people that there’s no pressure on me, because I already know that she’s the best coach in the house.”

Now the Eagers — who have a 1-year-old son, also named George — both have the keys to their own program: Kaitlyn Eager with F&M, and George Eager as the successor to Ron Zeiber, who guided the Black Knights to a 52-47 record over the previous nine seasons.

Since he got the job in March, Eager has spent plenty of time picking his wife’s brain about the intricacies of being a head coach.

“I ask her questions all the time,” he said. “We’re always talking about discipline and coaching up the kids. What’s the best way to teach them, while also running a program? Mental stuff; how to talk to the team and get them ready for practices, things like that. She does a great job.”

Now it’s his turn to lead a team, as the youngest football coach in the L-L League. Eager is 33.

“It was a relief to get the job,” he said, “but then the next day it was like, 'OK, now I have to go out and prove myself.' Pressure is always there, and I care a lot about these kids. So the pressure for me is giving them the best opportunity to succeed.”

Eager hit the ground running. With stay-at-home-orders swirling because of the COVID-19 pandemic, he organized video-conference sessions with the team all spring to keep everyone on the same page. And when Hempfield reopened its facilities for offseason work last week, Eager and his assistants immediately started putting their players through the paces.

“He’s been through it, playing and coaching at the high school level and at the college level,” Hempfield rising senior all-star running back Tanner Hess said.

“He really cares about us and what we’re doing. If we mess up, he’ll tell us right away so we don’t make the same mistake. He’s right there with us. He gets where we’re coming from, and everyone has bought in; we all understand his language and we all understand what he’s trying to get through to us.”

Eager has been through a lot at the high school and college levels, carving out a spiffy resume: After a standout career at Manheim Township, where he earned all-state honors after catching 81 passes for 1,202 yards with 18 touchdowns in his senior season in 2004, and then at F&M, where he amassed 210 catches for 2,572 yards and 25 touchdowns, plus 4,133 all-purpose yards, Eager had two stints as an assistant coach for the Diplomats under John Troxell, whom he considers his football mentor.

In between, Eager returned to Manheim Township as an assistant coach for a year before snagging a teaching job at Wilson, where he served as an assistant for the Bulldogs for two years. Then a teaching job opened at Hempfield — Eager is a government teacher in the high school — and after having served on Zeiber’s staff for the last four years, the head-coaching job opened last November, and Eager, eager to get a program of his own, threw his hat in the ring.

“If I didn’t go for this job, I would have regretted it,” he said. “At this point in my life, I’m ready for this challenge.”

“I was used to having Coach Zeiber is my ear the last couple of years,” Hess said, “and even though he’s been in our system the last couple of years, having Coach Eager as the new head coach is still a change. But I like it so far. I think we all do. There’s been a change with the whole attitude, and that really fires you up and gets you ready to go. Coach Eager has really stepped in and taken the initiative. I think Hempfield football can only keep going up from here.”

Are you ready for some football?

Local sports are coming back for the first time since mid-March, when events at every level came to a screeching halt as the COVID-19 outbreak…

They are the field generals. The skippers. The men at the helm of the 24 Lancaster-Lebanon League football programs. And they are set to lead …

If there is one area where Lancaster-Lebanon League football is gushing with talent, it’s definitely in the special teams department.

Thumbing through some Lancaster-Lebanon League football items, prepping for the 2020 season — whenever it gets started — and came across some …

When the Lancaster-Lebanon League pushed back the start of football heat acclimatization practice until Aug. 31, that meant an overhaul to the…

L-L League football 2020: Here is your first look at Section 1

L-L League football 2020: Here is your first look at Section 4

Previewing the L-L League Section 1 teams, which are listed alphabetically ...