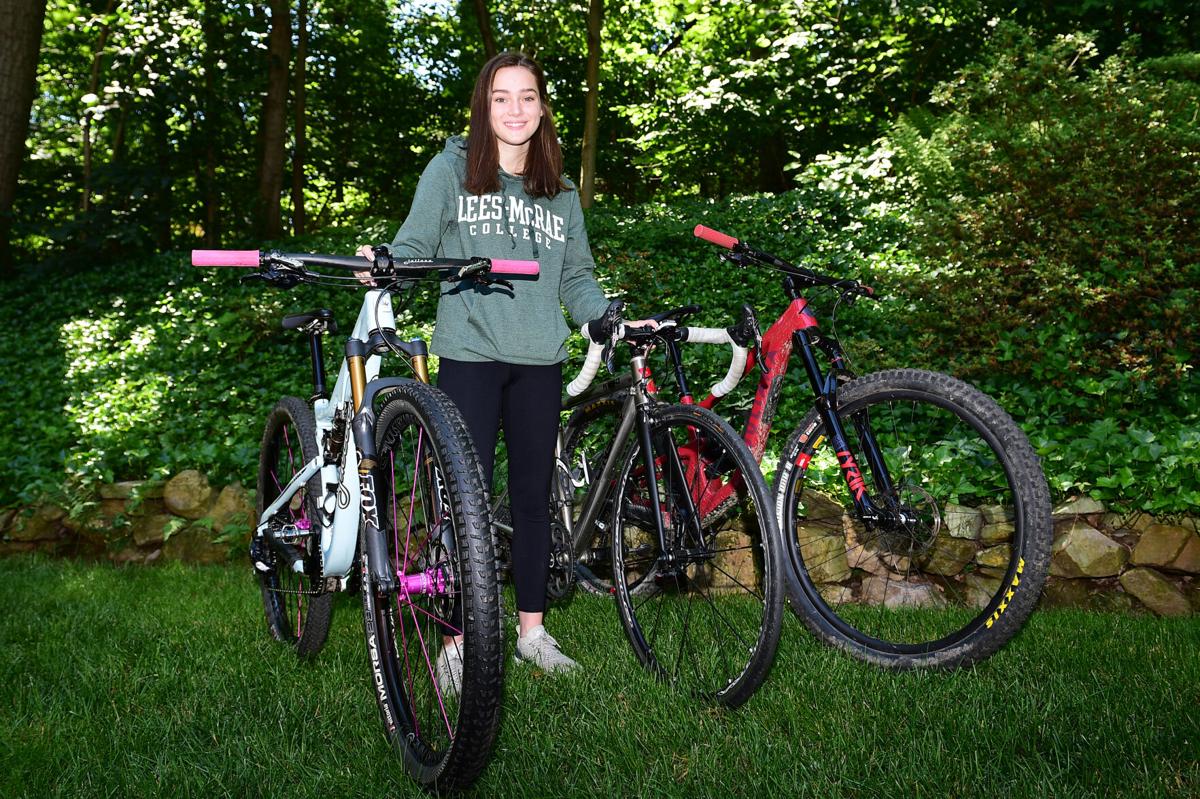 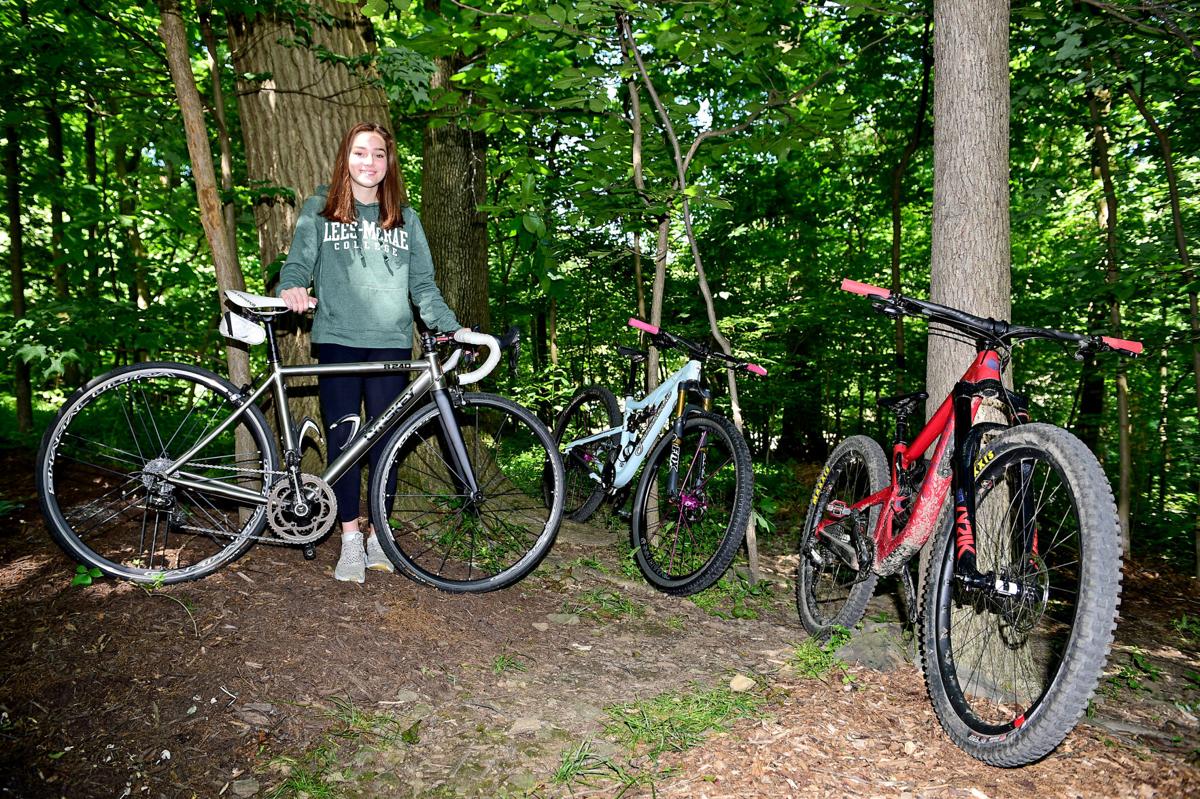 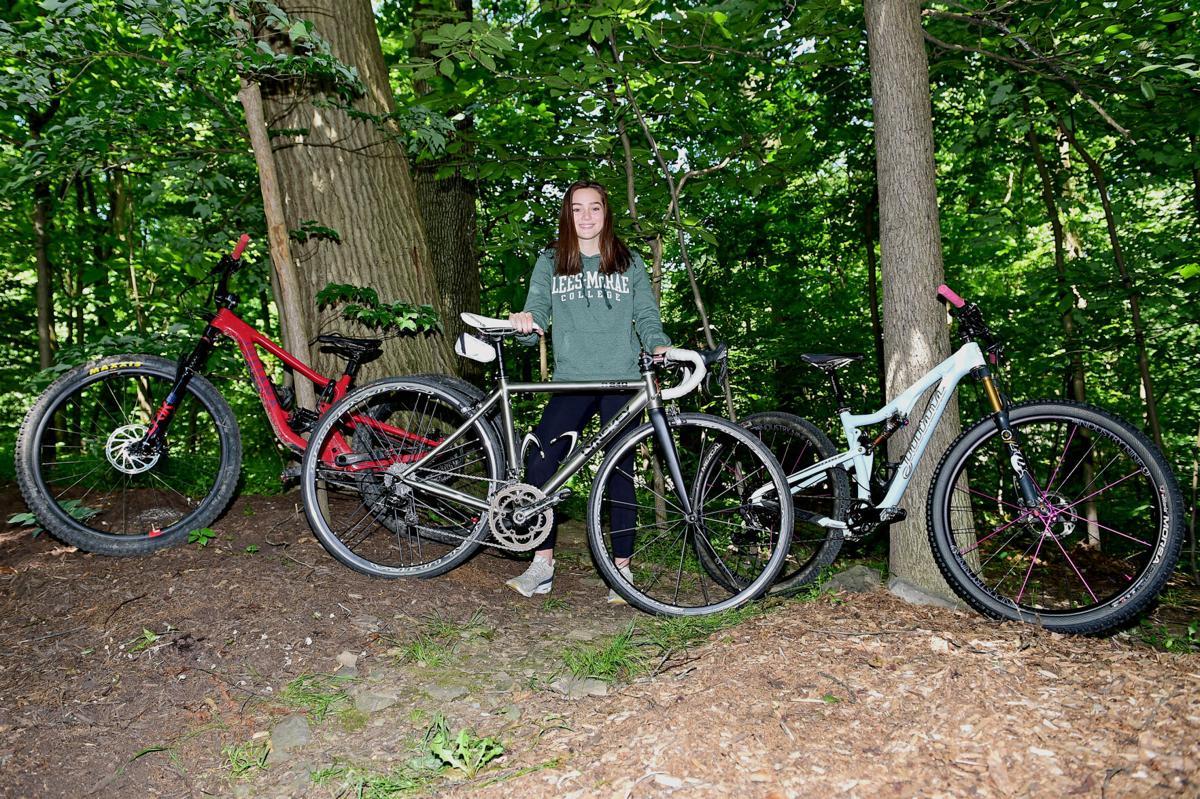 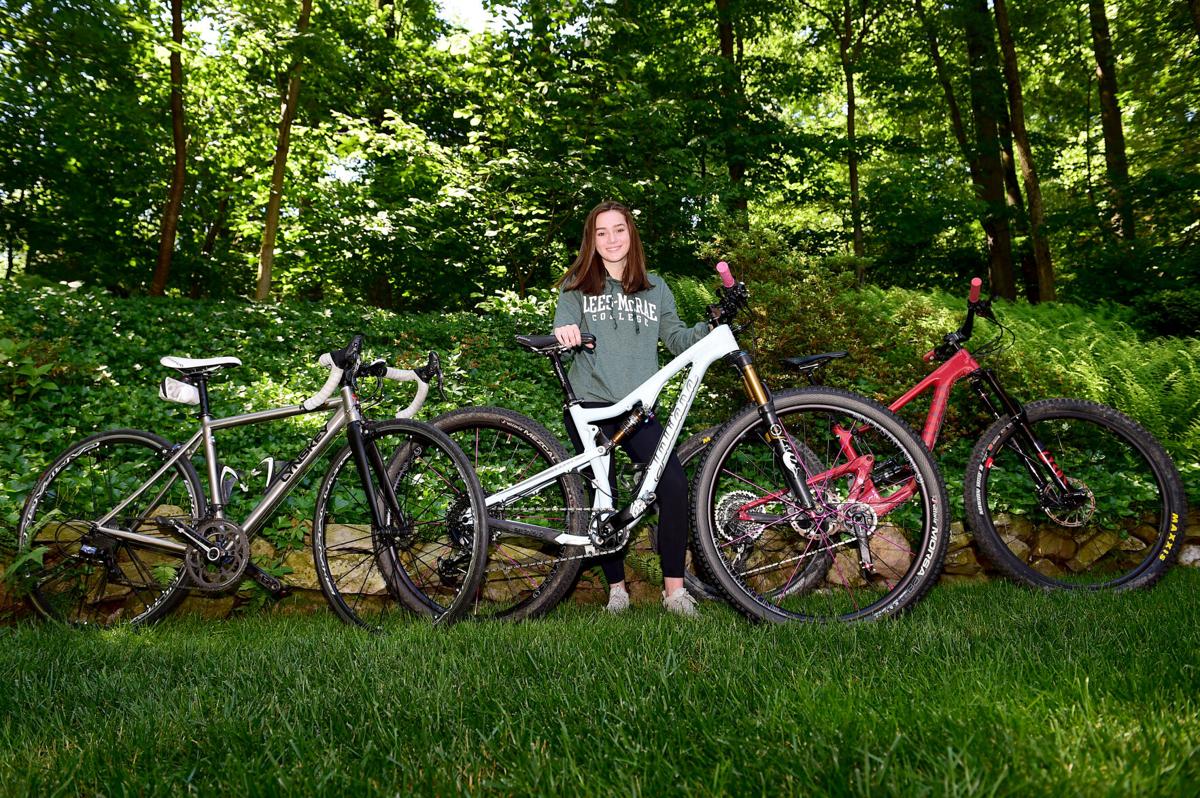 Zoe Eckman was 8 years old the first time she climbed up on a mountain bike.

“My dad took me to Lancaster County Park,” the recent Hempfield grad said. “That was it. That was the first place I biked.”

Martin Eckman, a Lancaster Catholic grad, raced mountain bikes for more than 20 years. And he’s passed his love of the sport down to Zoe, who joined the racing circuit when she was the ripe old age of 10.

“I enjoyed overcoming obstacles on the trail,” Zoe Eckman said. “You always felt great after getting to the top of a really hard climb or getting over a log. To a little kid, that was super cool. And it’s still nice. When I complete something that I normally don’t complete, I feel really good about it.”

Eckman has parlayed her cycling success into a college scholarship; later this summer she’s heading to Lees-McRae College in Banner Elk, North Carolina, where she’ll major in biology and minor in business, while competing for the school's women’s cycling squad, a Division II program situated in the South East Collegiate Conference.

Eckman —  whose twin sister, Sophie, is not a mountain-biker and is instead off to Kutztown University in the fall to study art — also considered Colorado Mesa University for cycling. She’s set to report to Lees-McRae on Aug. 15 for preseason training, with the Bobcats’ fall season due to start Aug. 24 with an event at Georgia Tech. The fall season wraps up in late November, and the spring season gets started Feb. 15.

Eckman is currently a Category 1 rider — that’s just one step below professional, her ultimate goal — and she competes in two disciplines: cross country and Enduro. Those are timed races, covering anywhere from 15 to 20 miles, and Eckman could be on her bike for up to two hours per event.

Cross country events feature trails with plenty of humps and bumps, and it’s more of an endurance test. Enduro events are more technical, and include bigger drops and jumps, with steep climbs and descents. Riders use different bikes, depending on the event.

Eckman, who is sponsored by Juliana Mountain Bikes, currently reps a pair of cycling teams: The Commonwealth Cycling Collective out of Reading and Cole MTB in Philadelphia.

Eckman started out as a Category 3 rider when she was younger, but she has quickly moved up the ranks. Last year, competing in Category 2 events, she won every race she entered.

In the Mid-Atlantic Super Series last year, as a Category 1 racer, Eckman was a regular on the podium as one of the top female finishers. Along with a multitude of trophies, medals and plaques she’s won over the years, Eckman has also received prize money for her top finishes.

Cycling is an Olympic event, and riding professionally or for Team USA is the pinnacle of the sport. Eckman is hoping a successful college career could bump her up to the professional level. While in college, she can still race as a Category 1 rider in events around the country.

Twice Eckman has qualified for Nationals, two years ago in West Virginia and last year in Colorado. She didn’t medal either year, but she started in the middle of the pack both times, and last year she was dealing with a knee injury.

A 4.0 student who was also a swimmer at Hempfield, Eckman will bump her routine up to five disciplines for Lees-McRae: cross country, downhill, dual slalom, road and short track cross country.

Zoe Eckman even works in the cycling industry; she’s employed by Quality Bicycle Products in Lancaster, where she preps bike parts to ship in the warehouse. She’s considering a career in cycling, but is also interested in attending medical school to become a surgeon.

“I’m very glad I’m doing this,” Eckman said. “The whole vibe is just so different. You go to a race and you always make a new friend. Everyone is so nice and they all support you. There are people out there cheering for you that you don’t even know. It’s really cool.”

No Big 33 football game, but L-L League participants to be honored via virtual watch party

Alex Stam honed her basketball skills and knowledge by playing for — and coaching under — a pair of legendary hoops skippers.