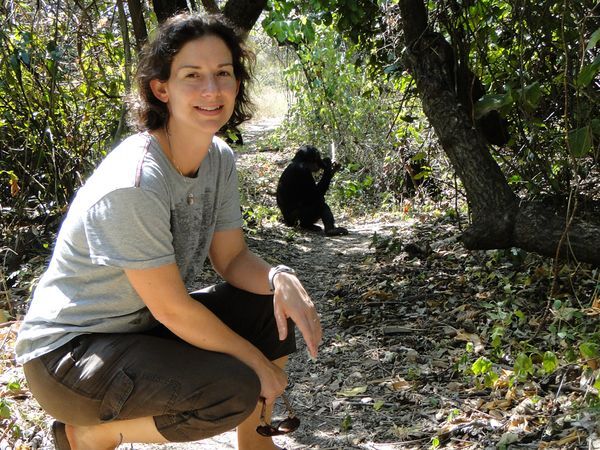 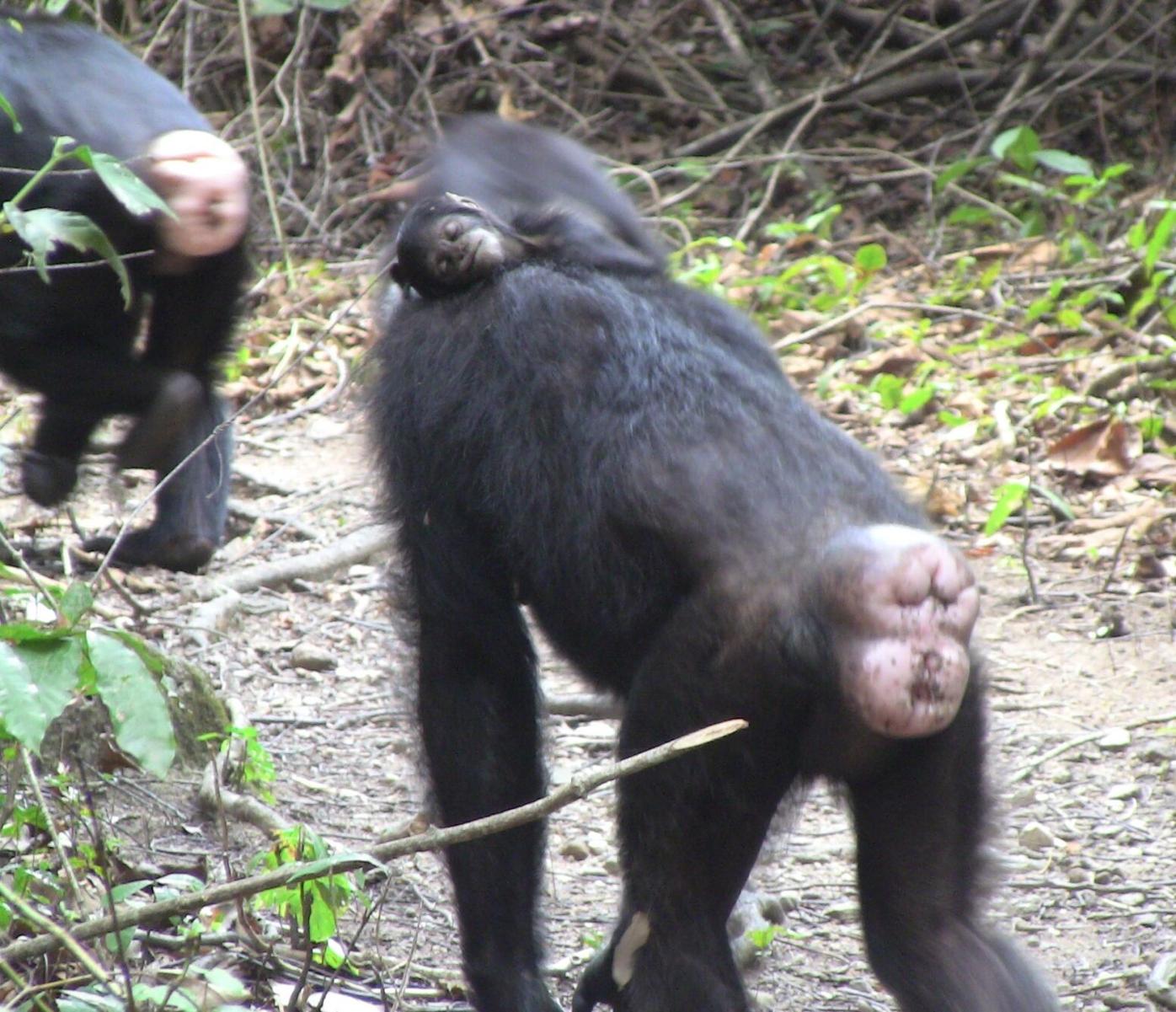 A chimpanzee mother carries her recently dead baby on the back of her neck. An F&M researcher is studying if this an act of grief.

A chimpanzee mother carries her recently dead baby on the back of her neck. An F&M researcher is studying if this an act of grief.

But do some animals also experience a form of grief?

Yes, says Elizabeth Lonsdorf, Franklin & Marshall College associate professor of psychology, who has published a study suggesting that mother chimpanzees, our closest living relatives, exhibit a sadness when one of their babies dies.

“It may not match human grief, and it may not be as complex, but it’s certainly akin to human grief,” Lonsdorf says of the five-year study published in August in the Royal Society Open Science, a London-based journal that publishes peer-reviewed studies.

Lonsdorf’s work centered around why chimp mothers often move a just-dead infant onto the crook of their neck and carry the lifeless body around for days, inspecting and grooming them while remaining aloof from their group.

Scientists had come up with possible explanations as to why chimps displayed the odd behavior other than grief:

— Mother chimps can’t immediately recognize between a dead and live baby and carry it around in a kind of wait-and-see response.

— Mother chimps are conditioned to continue caring for their babies until their ability to lactate ends.

— Mothers carry dead babies only if there is a long maternal bond.

— Mothers will quickly abandon a carcass once they smell it decomposing.

None of these theories turned out to be true, Lonsdorf found.

Lonsdorf has witnessed the infant corpse-carrying behavior herself as part of 20 years of research in Tanzania. But her study is based on nearly 50 years of detailed observations of eastern chimpanzees in Gombe National Park in the east African country. Famed primatologist Jane Goodall — an acquaintance of Lonsdorf — started the observations, and they continue daily by staff of her Jane Goodall Institute.

They found 33 cases of infant corpse carrying. In eight of the cases, the bodies were carried by another member of the group, not the mother.

In all cases, and within a few hours of a chimp infant’s death, the adult chimp began carrying the corpse differently than when it was alive or injured. In addition to the mother, siblings were most often observed grooming the corpse.

Lonsdorf found clear evidence that the chimps carrying dead infants knew they were dead and carried them in a way that would be harmful or uncomfortable to a live infant. Another clue that the adults knew they were carrying a lifeless form was that they would eventually discard the corpse. That happened in from one to 15 days.

The other theories held by skeptics were also shown not to be true.

“What we said is here are these simple theories that people have to explain this behavior. They don’t work, and you have to dig deeper” says Lonsdorf, who has two small colonies of capuchin monkeys at F&M for research. More scientific studies, perhaps laboratory work to measure physiological responses, may need to be done ethically somewhere, she says.

So why are mother chimps unwilling to part with their babies?

It’s not an easy answer, notes Lonsdorf, because, unlike humans, we can’t ask chimp mothers how they are feeling. Still, she is convinced the primates feel a sense of loss.

Recalling her own close-up observation of chimp carcass carrying in Tanzania, she says, “It’s a really sad thing to witness but it’s also very profound, because you can see behavior similar to what you would expect when a human mom would lose her infant. When you observe it, the mom seems to be moving slower, investigating the baby intently and distancing herself from others.

“When you look at it through a feeling lens, you say, ‘Yeah, they look sad and confused.’\!p”

The likelihood that some big-brained, social animals do feel grief has been increasingly pursued by scientists in recent years.

Elephants lift or try to bury recently deceased individuals. There are many cases of female dolphins carrying around their dead offspring for days. Who can forget the touching spectacle in 2018 of the mother killer whale carrying her dead newborn calf for at least 17 days, covering 1,000 miles in waters between Canada and the U.S.?

The Center for Whale Research called the journey “a tour of grief.”

The 17th-century French philosopher Rene Descartes viewed animals as robots that merely react to stimuli around them. German philosopher Martin Heidegger thought grief one thing that was uniquely human.

(It also was thought for a long time that the ability to make tools set humans apart, until Goodall proved that chimpanzees fashioned crude tools.)

But as far back as the 19th century, evolutionist Charles Darwin proposed that animals have emotions, but to a lesser degree than humans.

On reviewing Lonsdorf’s study, Goodall laughed and told her she was glad someone had documented something she knew to be true for more than 50 years.

“We need to know what makes us different than other animals,” Lonsdorf says. “Grief is part of what makes us human, and the interesting part is where is that line?

“You know when your dog is sad. We shouldn’t be surprised that animals are sad.”

• Ad Crable is an LNP | LancasterOnline outdoors writer. Email him at acrable@lnpnews.com.

Pipeline builders pay $700,000 for violations during construction of Atlantic Sunrise

Oklahoma-based pipeline builders have agreed to pay more than $700,000 in penalties for violating environmental protection laws while construc…

As a Pennsylvania state dog warden, I meet many types of people. Those who think their dog will never be lost, so they don’t buy a dog license…

Some algae can hurt humans and animals. Here's more on how to spot harmful algae.

With the remarkable comeback of the bald eagle nationwide in the last couple of decades, few Lancaster County residents have not seen the maje…