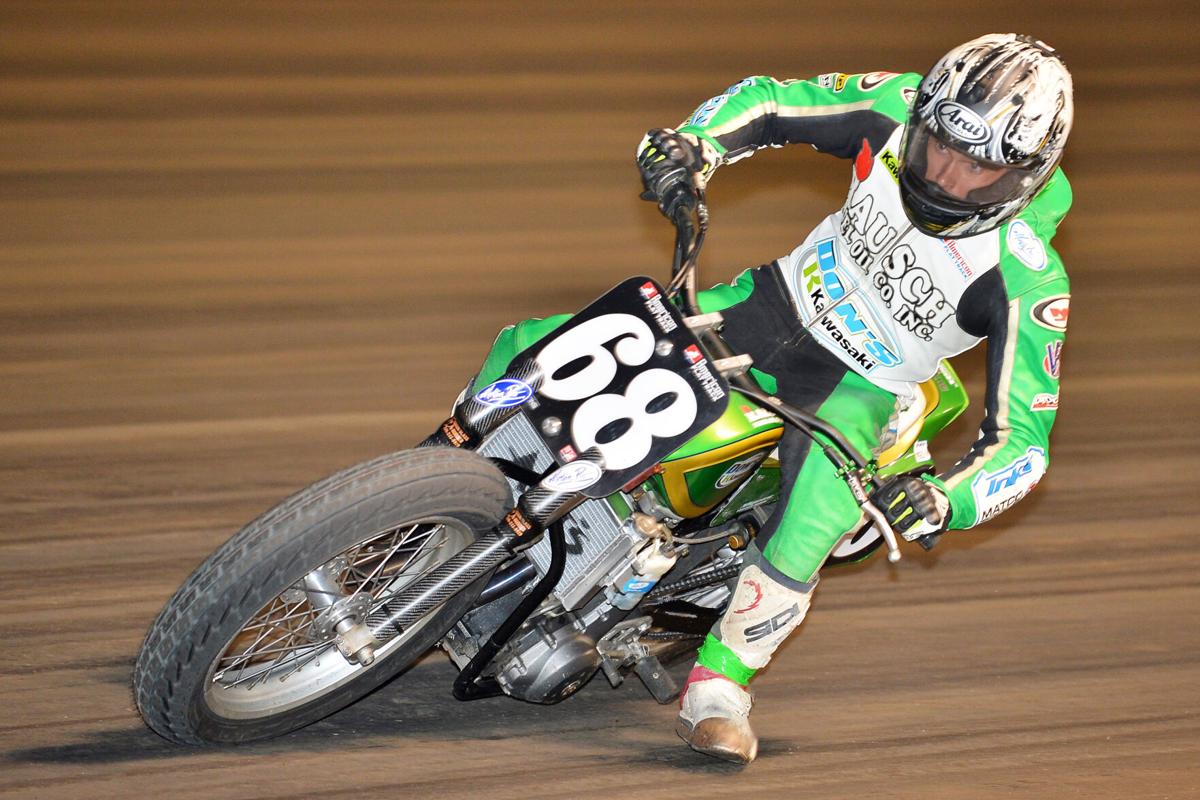 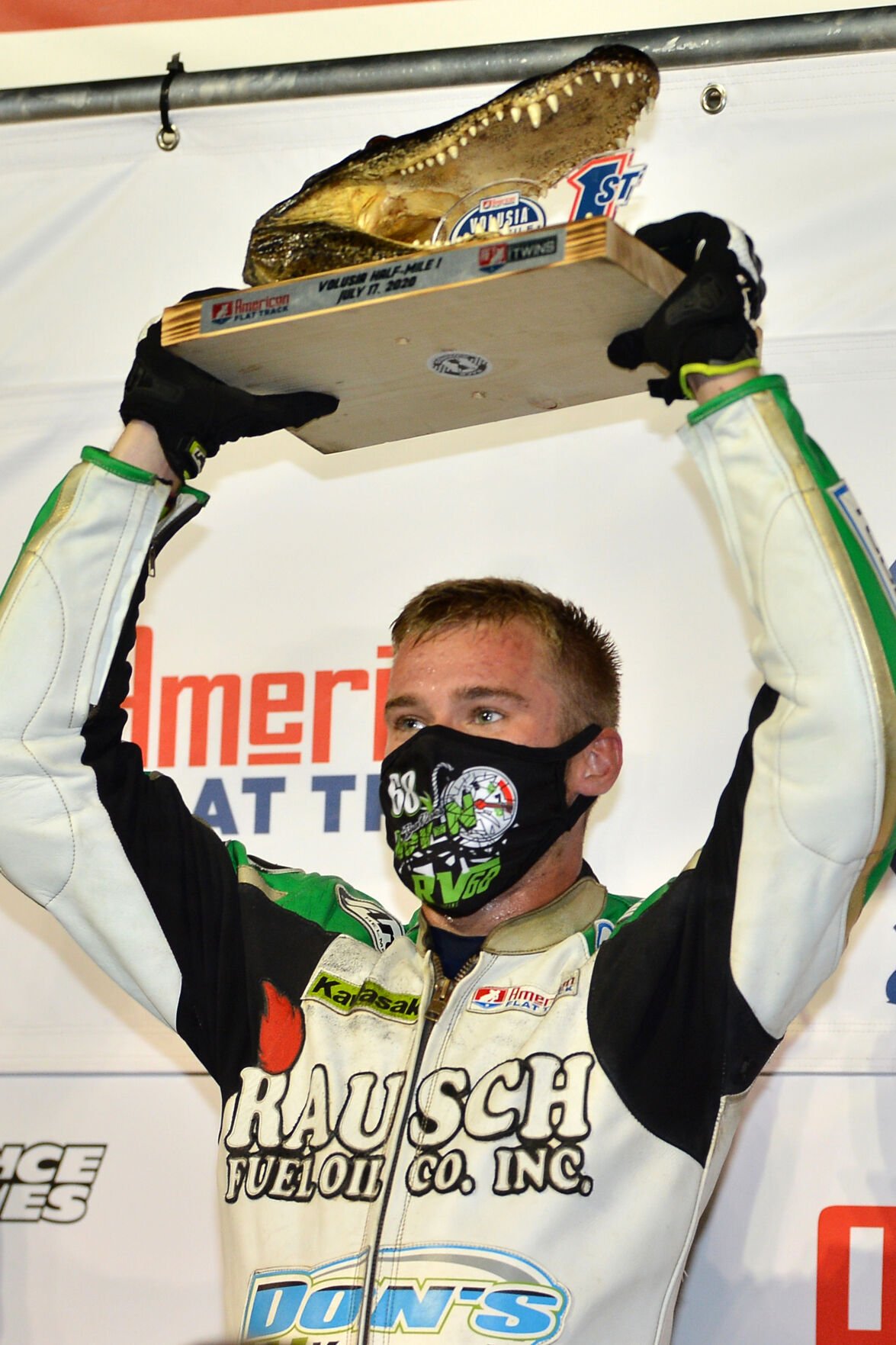 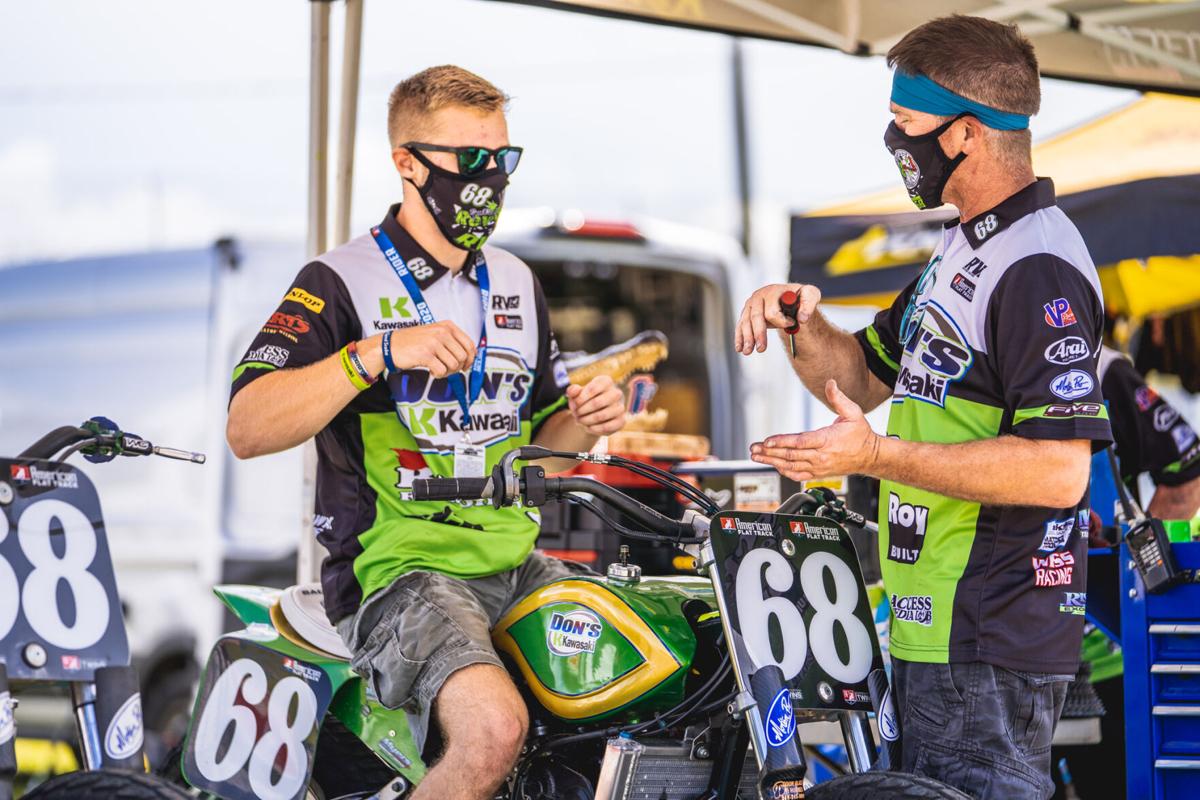 Garden Spot alum Ryan Varnes, left, receives instruction from father Kevin at the Volusia Half-Mile in Florida on the race weekend of July 17, 2020.

Garden Spot alum Ryan Varnes, left, receives instruction from father Kevin at the Volusia Half-Mile in Florida on the race weekend of July 17, 2020.

Ryan Varnes’s dad is a former American Flat Track rider. So, too, were two uncles on his mom’s side, a cousin on his dad’s side, and a grandfather. Both of his grandfathers owned motorcycle shops. And his parents met at a racetrack.

In other words, racing is in the blood of Garden Spot alum Ryan Varnes. With that, though, might come pressure to live up to the family legacy.

“Not really,” Varnes said. “I’m just learning as best I can to stay out in front. Even my grandparents told me, ‘If, at one point you don’t want to do it anymore, that’s fine.’”

That likely won’t be anytime soon. Two weeks ago, Varnes won the season-opening American Flat Track Production Twins race in Florida. It was his first season-opening victory, and fifth overall win in his seven-year pro career.

“I got a decent start,” Varnes recalled of the race. “I was third going into the first corner, passed a rider on the second corner, then the leader broke away for some of the race. The last 15 laps I was on his rear wheel, I ended up making a last-lap move up in the corner to get the win.”

The 2020 season started about four months late due to the COVID-19 pandemic. It has also resulted in a shortened schedule the rest of the year, which is why there are two AFT Production Twins races at every event from here on out. And in Day Two at the Volusia Speedway Park in Florida two weekends ago, Varnes had a mechanical problem with his green and black Kawasaki ex650 and didn’t finish.

That race was instead won by Willow Street resident Cory Texer, the defending Production Twins champion from 2019. Meanwhile, the AFT SuperTwins race was won by Pequea Valley grad Jared Mees, who has been at or near the top of AFT for the last several years.

The three AFT riders with Lancaster County ties are connected off the track as well. Mees, after graduating from Pequea Valley years ago, helped the Varnes family move to their Brecknock Township home.

The Texters and Varnes go back further.

“My family has known his family forever,” Varnes said of Texter

Varnes’s grandfather, Jimmy, built one of the first road-race motorcycles for Texter’s father, Randy, a Penn Manor alum. Randy Texter, who died in 2010, operated the Lancaster Harley-Davidson shop in Willow Street, and used some of his earnings to support the race career of Varnes’s father, Kevin, who won five races in his 20-year flat track career.

When Ryan Varnes qualified for his first pro main event in 2015, he did so on the back of a 450cc motorcycle given to him by Cory Texter.

Last season, Texter and Varnes finished Nos. 1 and 2 in the AFT Production Twins points standings. They are currently Nos. 1 and 3 in this season’s point standings through two races. The pair also occasionally train together.

“Before the COVID-19 stuff hit, I was usually over there once a week or every other week,” Varnes said. “We’ll go riding together, motocross training once a week.”

In between, Ryan Varnes has been staying busy at the Dyno tuning shop in Chester County he recently opened. That correlates with the bachelor’s degree in business he’s currently pursuing as he enters his senior year at Penn State Berks. Varnes said he’s the first in his family to go college.

“After I get my degree, I’d like to focus on racing for two to three years and see where that can take me,” he said. “Right now, doing both with school and traveling all over the country...to give your best to both is hard.”