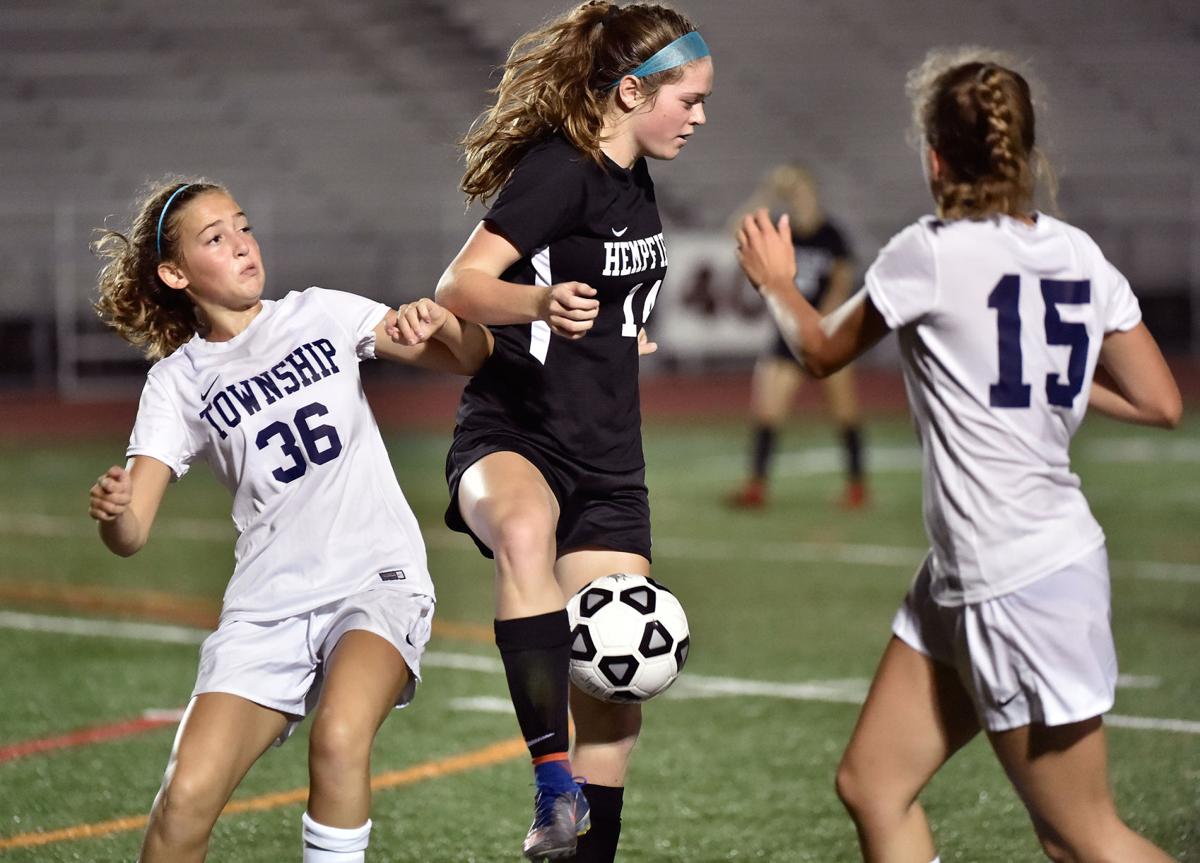 Hempfield's Kaitlin Deck, center, works against Manheim Township's Noa Blumenthal, left, and Sydney Hoover in a Sept. 13, 2018, game. While the defending champion Blue Streaks are sitting out this year's L-L postseason, Deck and the Black Knights are looking to take their shot at the title. 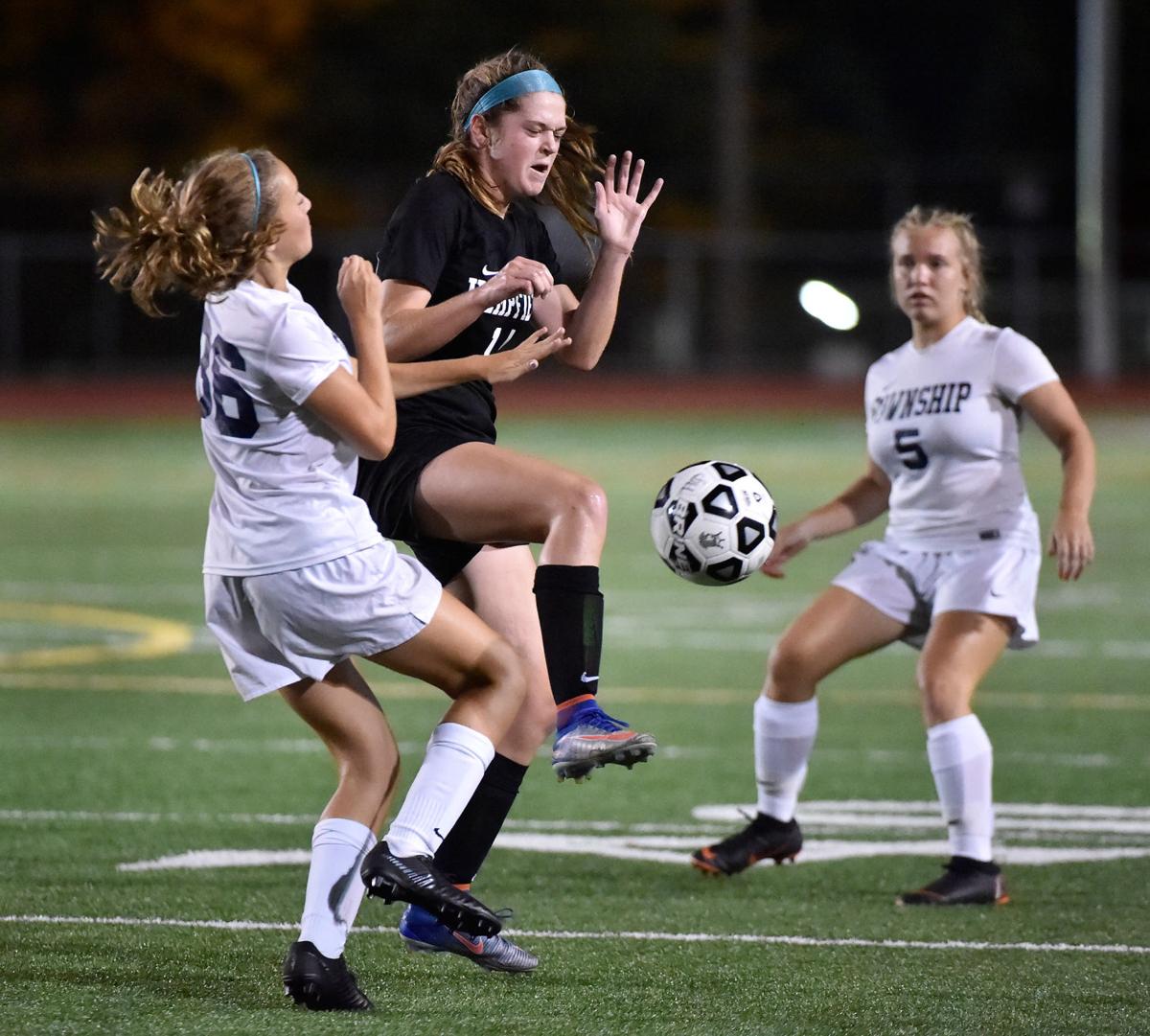 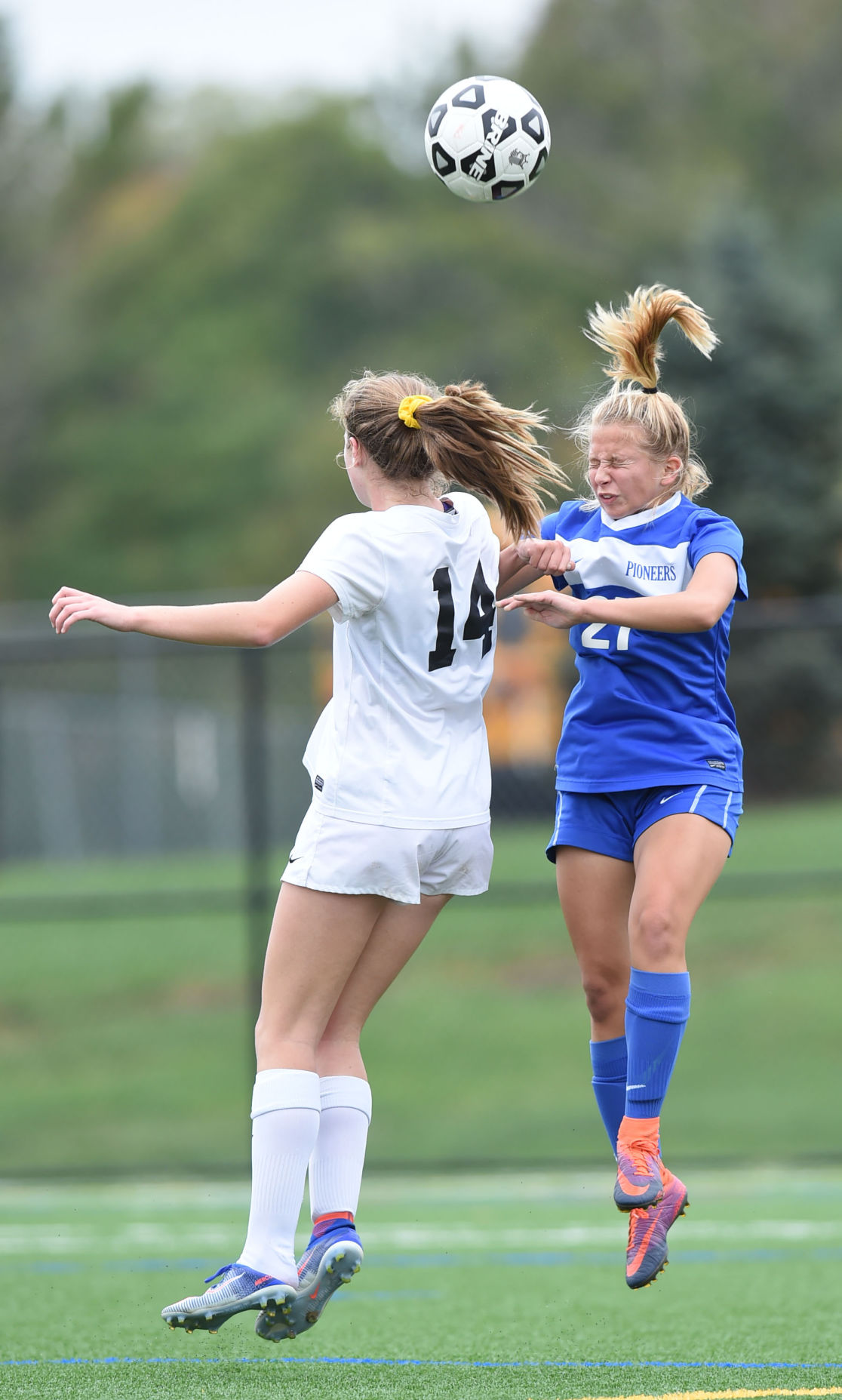 Hempfield's Kaitlin Deck (L) and L-S's Emma Houck vie for the ball during a soccer game in the playoff at the Penn Manor's Comet Field in Millersville on Saturday, October 14, 2017. 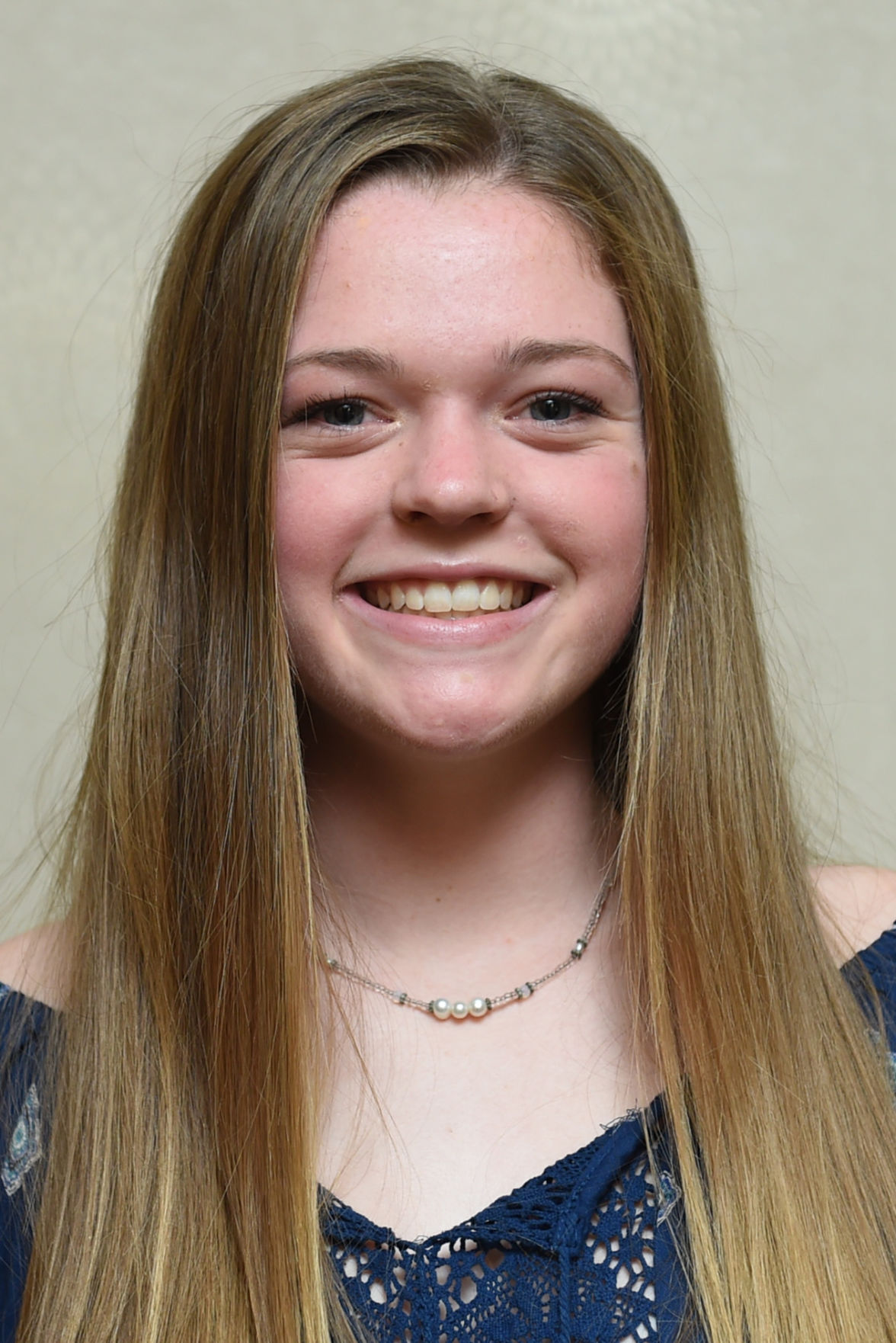 Hempfield's Kaitlin Deck, center, works against Manheim Township's Noa Blumenthal, left, and Sydney Hoover in a Sept. 13, 2018, game. While the defending champion Blue Streaks are sitting out this year's L-L postseason, Deck and the Black Knights are looking to take their shot at the title.

Hempfield's Kaitlin Deck (L) and L-S's Emma Houck vie for the ball during a soccer game in the playoff at the Penn Manor's Comet Field in Millersville on Saturday, October 14, 2017.

A few months later, she became a world traveler.

Deck was an all-league and all-state pick after her 11th-grade season for the Black Knights. She was named Section One MVP after scoring 18 goals and dishing off seven assists for the section champs, and Deck had piled up 23 career goals heading into her senior year.

Although she didn't play her senior season for Hempfield.

Instead, Deck had decided to study abroad, after earning a scholarship to attend classes at Golegio Dominico San Vicente Serrer in Valencia, Spain.

“I always wanted to study abroad,” Deck said. “I had a friend from soccer who did the same program and was in Spain, so I ended up applying (in January 2018) and going through the interview process. I ended up getting a full scholarship, and I was really lucky with that. So it was perfect for me.”

Only one problem: After Deck got settled in Spain, she started missing soccer. So she and her hosts — the De Nieves Toledo family — began hunting for leagues and teams to scratch that itch. There are no high school sports in Spain, and there aren't many women's soccer leagues there to choose from.

That's when Deck discovered futsal, a soccer-like game contested indoors on a court, using a heavier ball. The action is fast; it's a 5-on-5 game, including goalies.

Deck found a spot with an age 16-18 team called Penyaroja SS Senenino. And just like her days on the pitch for Hempfield, she was a smash hit. Deck ended up leading the squad in scoring, and the team lost just one game on the way to taking the league championship.

“I adapted to the team and to the game pretty well,” Deck said. “I'd never played futsal before. The game is built around your skills, not long passes, or like how we play back here. I've always had a pretty good skill set, so it was easy to pick up.”

Things were going pretty well for Deck. She was passing all of her classes in school, playing futsal on the weekends, making friends and enjoying her time in Spain. And then the coronavirus hit, and her world got turned upside down.

By early March, the virus was starting to spread across Europe, and Deck remained in contact with other exchange students she met at orientation in the United States before she left. Her parents, Michael and Debbie, were also monitoring the situation in Lancaster County.

“During that time it got pretty stressful,” Deck admitted. “I heard from several friends in Italy that they were being sent home because it was getting bad there. So everyone in Spain was kind of freaking out, wondering if we were going to be sent home. I was supposed to be there until the end of June. Unfortunately, they sent out an email telling us we had to go home for safety reasons.”

By the second week of March, Spain had already started self-quarantining, so Deck couldn't say goodbye to her classmates or teammates. She also found herself scrambling for a plane ticket home, so she could get out of Spain safely before flights were canceled.

It was a harrowing experience.

Deck was on a plane out of Spain on March 15, and she was home, safe and sound after a screening process at U.S. Customs in New York, on March 16.

“It was a tough ending to the trip,” Deck said. “And the longest part was getting off the plane, because they had to take everyone's temperature and do all kinds of paperwork and move people around.”

Thanks to a couple of summer courses she took last year, plus her classwork in Spain, Deck graduated from Hempfield in the spring. She's set to attend Penn State, where she'll major in communications, with minors in marketing and Spanish. She hopes to play club or intramural soccer at the university.

Deck added a Spanish minor because she said traveling to Spain changed her life — in so many ways.

“I'm so happy with my decision to study abroad,” she said. “It was definitely a hard one to make, because I loved playing soccer for Hempfield, and it would have been great to play my senior season. But in my heart I knew this is what I wanted to do, so I went for it.”

The Latest: Trump revels in Biden's comments on oil industry