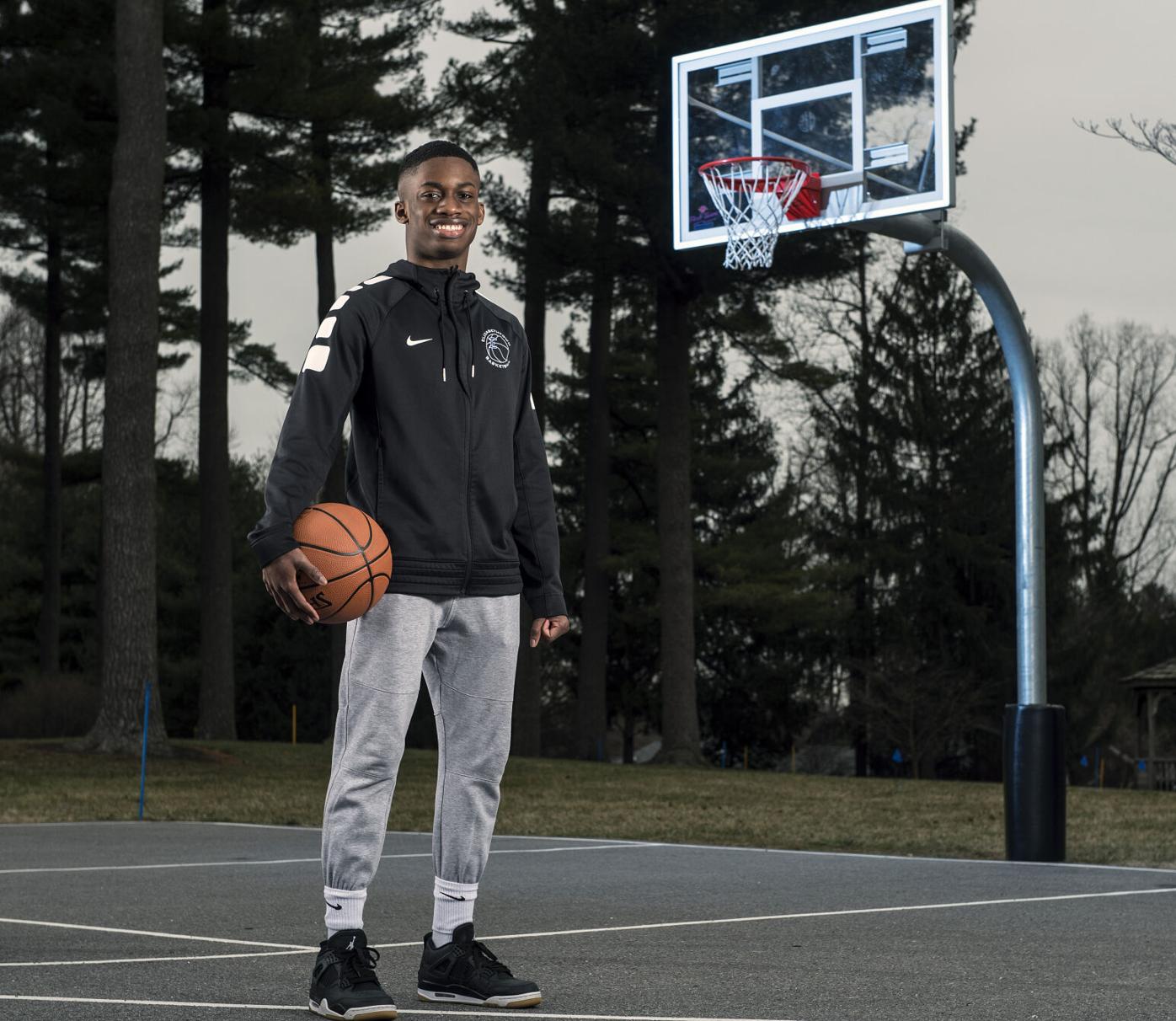 Elizabethtown junior basketball player Techeal Gonquoi, on the court at the Children's Home on the campus of the Masonic Village in Elizabethtown Monday Jan. 25, 2021. 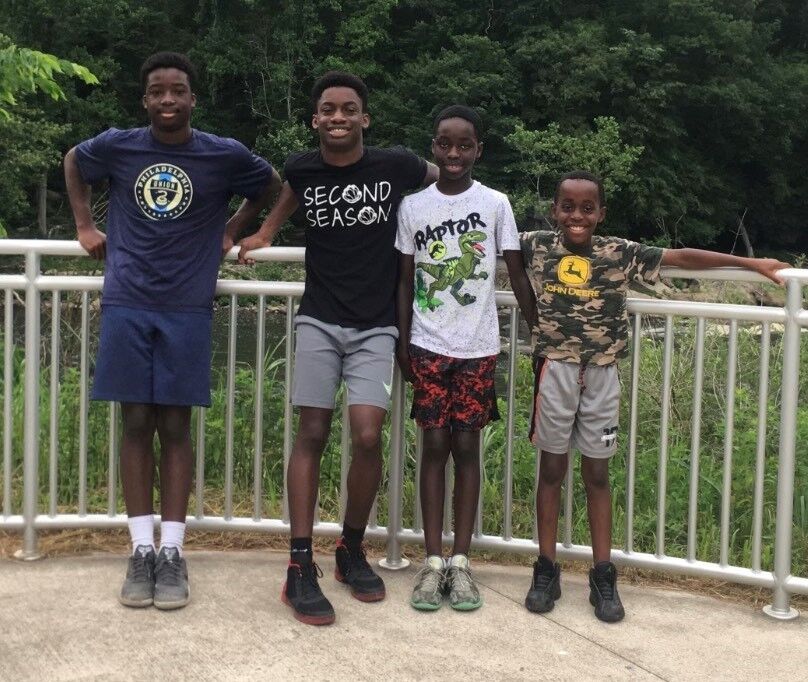 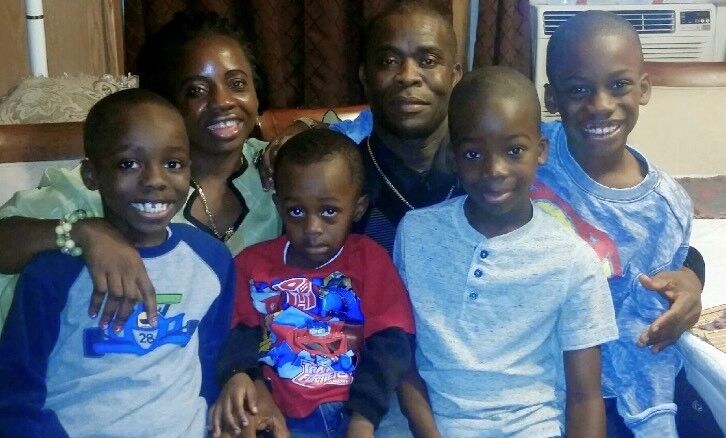 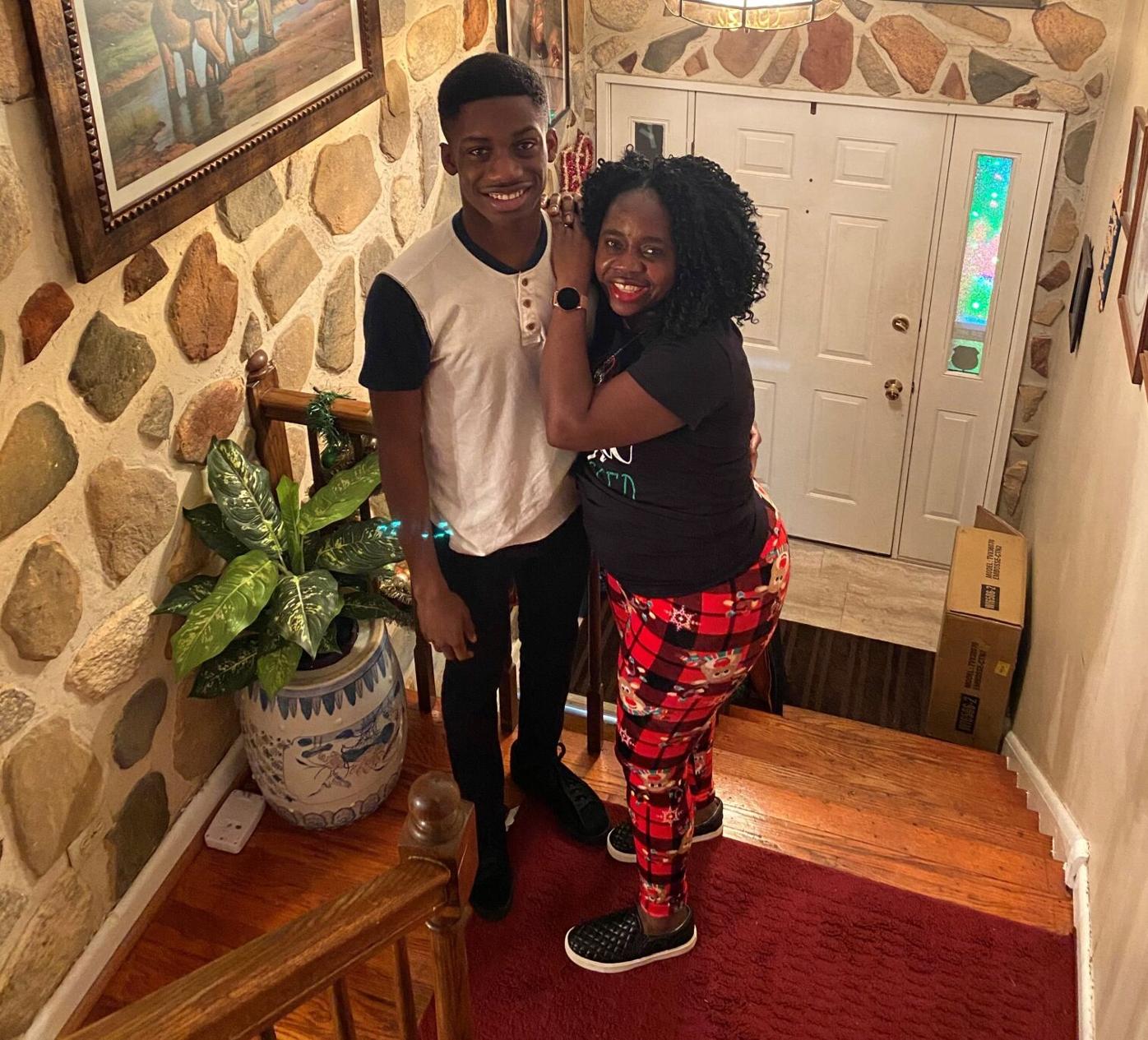 In 2013, Techeal Gonquoi had just finished third grade and expressed a desire to play sports. But his parents were both busy working multiple jobs; they wouldn’t be available to take him to and from practices and games.

Then she found out about Masonic Children’s Home, on the sprawling 1,400-acre Masonic Village campus in Elizabethtown. The home, which currently houses 35 residents, has hosted more than 2,100 children since the Pennsylvania Freemasons established it in 1913.

Those residents include youngsters in elementary school up to teenagers in high school. They attend either Elizabethtown Area School District, Lancaster-Lebanon Intermediate Unit 13 programs or the Lancaster County Career & Technology Center. They also have the option to play sports at Elizabethtown.

Gonquoi, now a junior at Elizabethtown Area High School, is in his eighth year living at the Masonic Children’s Home during the school year. He lives with his family during the summers in a house just a few miles from the heart of Philadelphia.

Looking back on his arrival at the children’s home, when he was in fourth grade, Gonquoi admits it was a difficult adjustment.

“It was different in Philly. The schools were way different,” Gonquoi said. “It felt weird going to school (at Elizabethtown). I was more used to seeing people like me.”

Sports helped Gonquoi get comfortable in his new environment. The sport that stuck is basketball, which he’s been playing since fifth grade. He is the starting point guard and No. 3 scorer for the E-town boys basketball team this season.

“I love the pace of the game,” Gonquoi said. “With basketball, you’re always running, you’re always moving. It’s fun to be in that team environment.”

Gonquoi’s journey isn’t uncommon. There have been plenty of former Masonic Children’s Home residents who played sports at Elizabethtown over the years. One recent example is Amos Kollie, who lived at the home and played for the Bears boys basketball team before graduating in 2019. Current Elizabethtown sophomore Joy Ngafua, who lives at the home, is a first-year Bears cheerleader this winter and hopes to play lacrosse this spring.

“I actually knew of (Ngafua) before I got (to Elizabethtown),” Gonquoi said. “She used to go to my church (in Philadelphia).”

Masonic Village in Elizabethtown will add 72 cottages in $30M expansion

What makes Gonquoi’s story unique is this: His current basketball coach, Lee Eckert, is also one of the house parents at the Masonic Children’s Home.

Eckert, a Hempfield graduate and former Elizabethtown College basketball standout, is the Bears’ new varsity boys basketball coach. He left a job with River Rock Academy to become a house parent at Masonic Children’s Home about a year ago.

“I probably talk to (Gonquoi) almost daily,” Eckert said. “When I got the head coaching job, I was (at the Masonic Children’s Home) all summer.”

Coach and player put up shots on the outdoor court just yards from the house where Gonquoi lives with seven other boys, each with their own room. One of those other boys is Gonquoi’s younger stepbrother, Anthony Wreh. Their two younger half brothers, Shedrack and Cyrus Wreh, also live on the Masonic campus.

“I try to lead by my actions,” said Gonquoi, who tries to be a role model for his siblings. “I give them advice about how to handle certain situations and stuff like that.”

Of the four brothers, Techeal was the only one who was born in Liberia, a country on the western edge of the African continent along the Atlantic coast.

In 2005, two years after the second civil war in Liberia ended and a year after Gonquoi was born, his mother brought him with her to the United States as a refugee. Dorliae later married and had sons Shedrack and Cyrus. She obtained U.S. citizenship in 2011, as did Gonquoi in 2017.

“I’m still in contact with him,” Gonquoi said. “But ever since I left, I haven’t seen him in person. But we talk on the phone. He calls me. I call him sometimes.”

Gonquoi has an older sister, Tutu, who was also born in Liberia. She now lives in Pittsburgh, working as a nurse.

Tutu Gonquoi is a graduate of the University of Pittsburgh. She was the first in her family to go college. Techeal Gonquoi will soon become the second, thanks in large part to the opportunities he’s been afforded through the Masonic Children’s Home.

In the classroom, Gonquoi said he excels at math but most enjoys science.

“I’m just a hands-on learner,” he said. “I like experimenting with things. You’ve got chemicals to work with. ... That’s really fun for me.”

“I’m grateful to be here,” he said. “If I wouldn’t have come here, it would’ve been hard. In Philly, the school I was going to ... there were always fights happening. There was always something happening at that school. So when I came here, this place helped me grow up and see life in a different perspective.”

Gonquoi is motivated to make good on all the hard work put in by his parents.

“One day,” he said. “I want to buy them something or get them out the ’hood.”

In high school hoops, this freshman class is a precocious one

Thursday's boys basketball matchup between Conestoga Valley, Elizabethtown has been years in the making for coaching staffs

Here's a look at the top individual scoring leaders, along with team offense and team defense averages, for Lancaster-Lebanon League boys bask…

Success Beah is a native of Liberia. Breanne Macnaughton was born in South Carolina and grew up in Florida. Joy Ngafua was born and raised in …