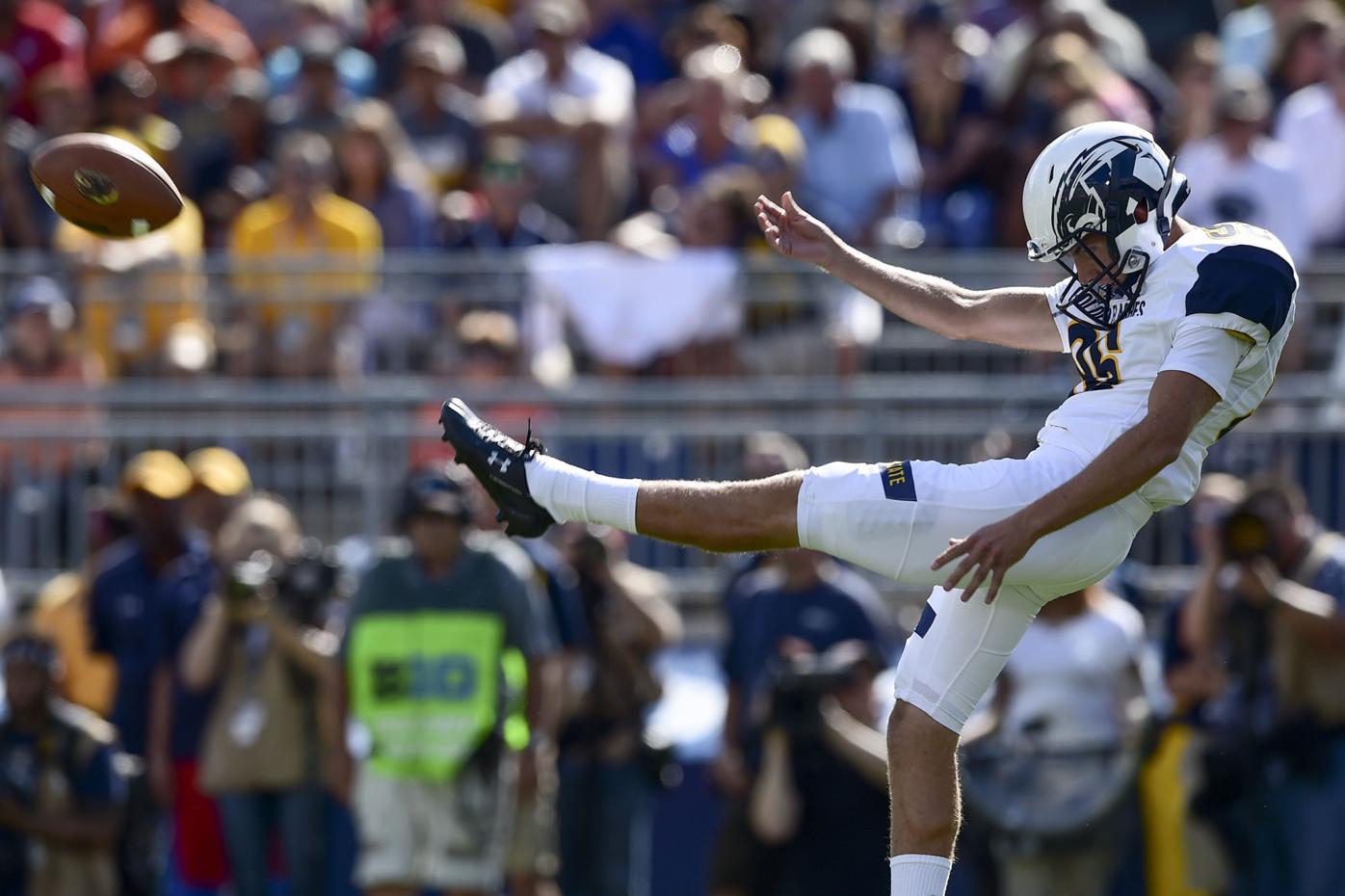 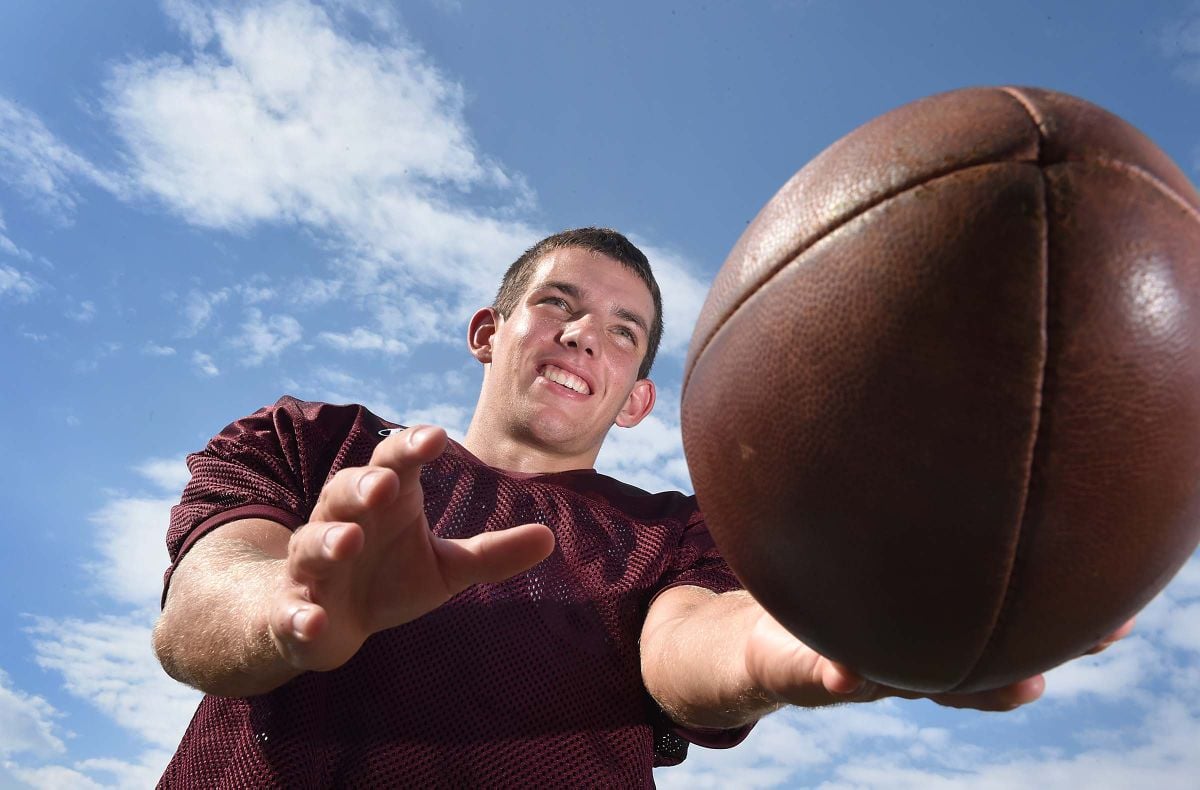 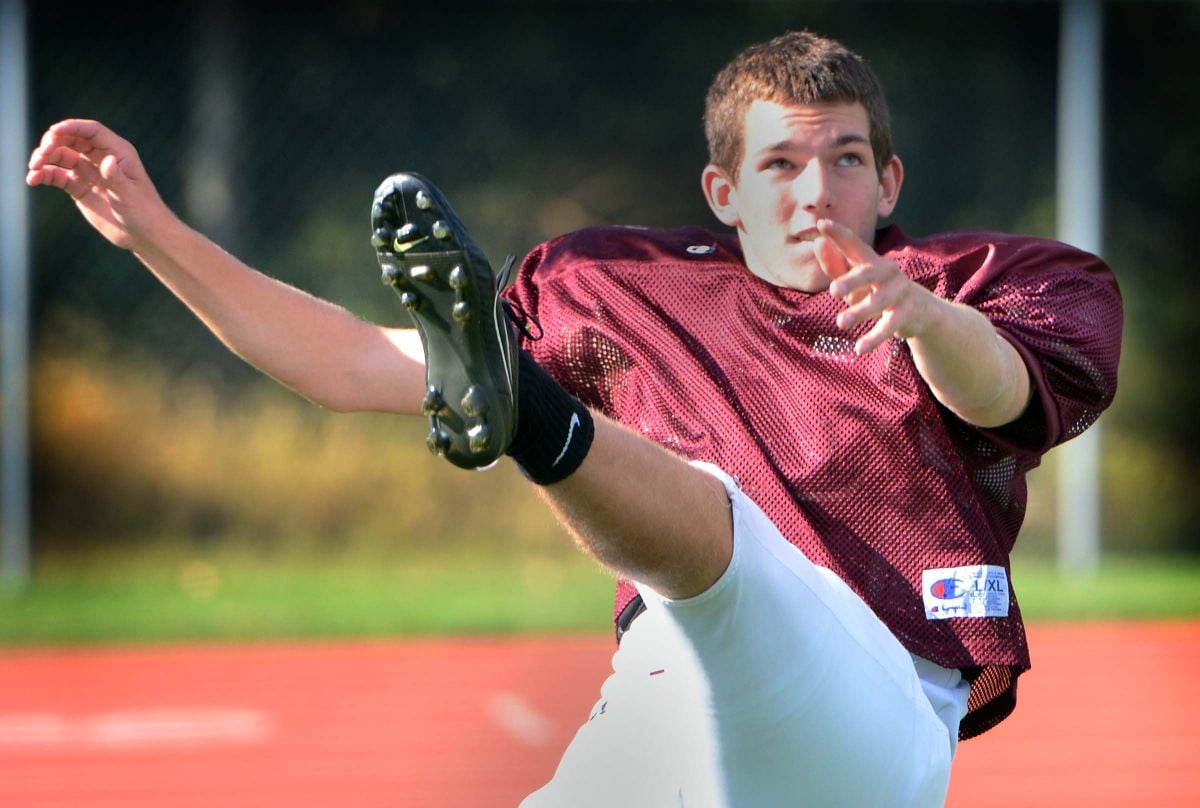 Manheim Central kicker/punter Derek Adams is one of the top specialists in the state. Marty Heisey/Staff 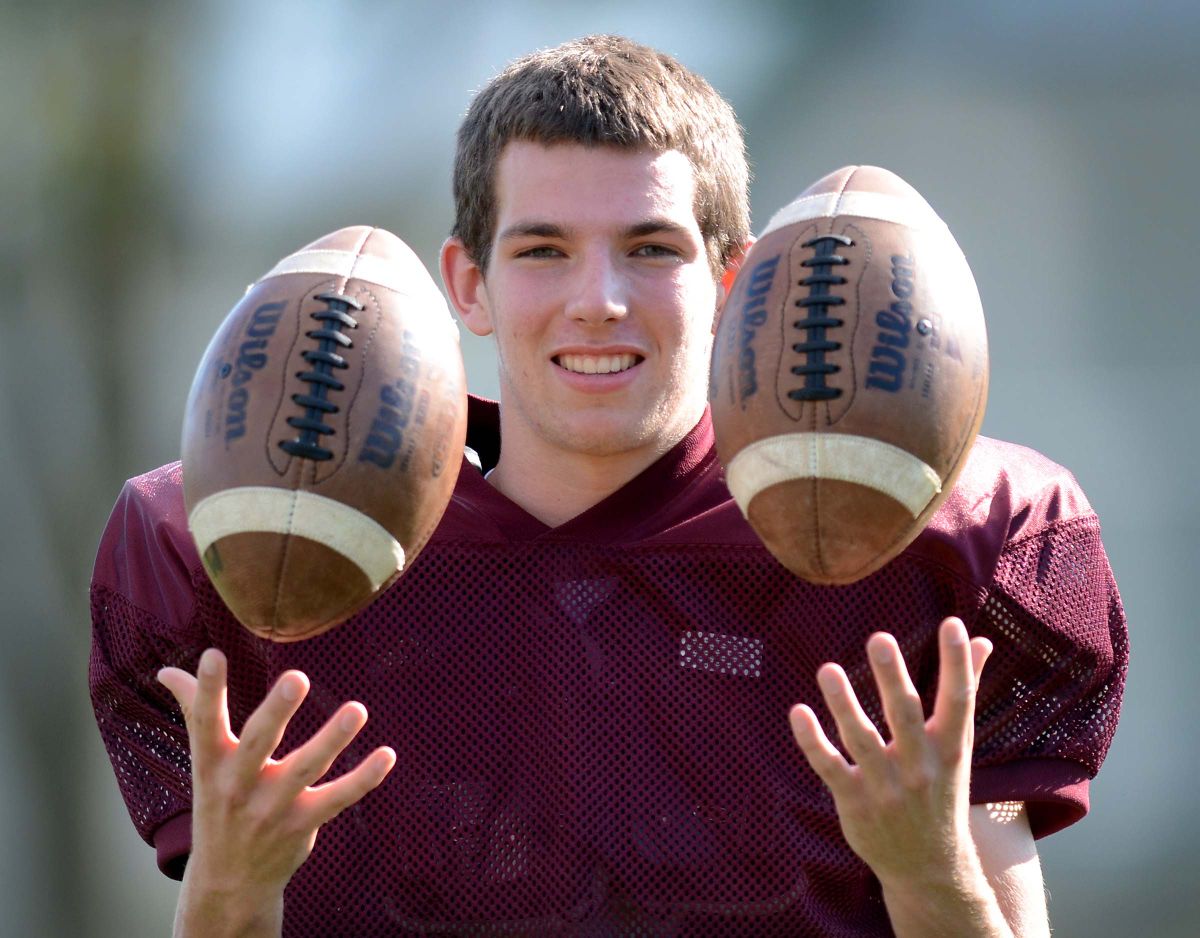 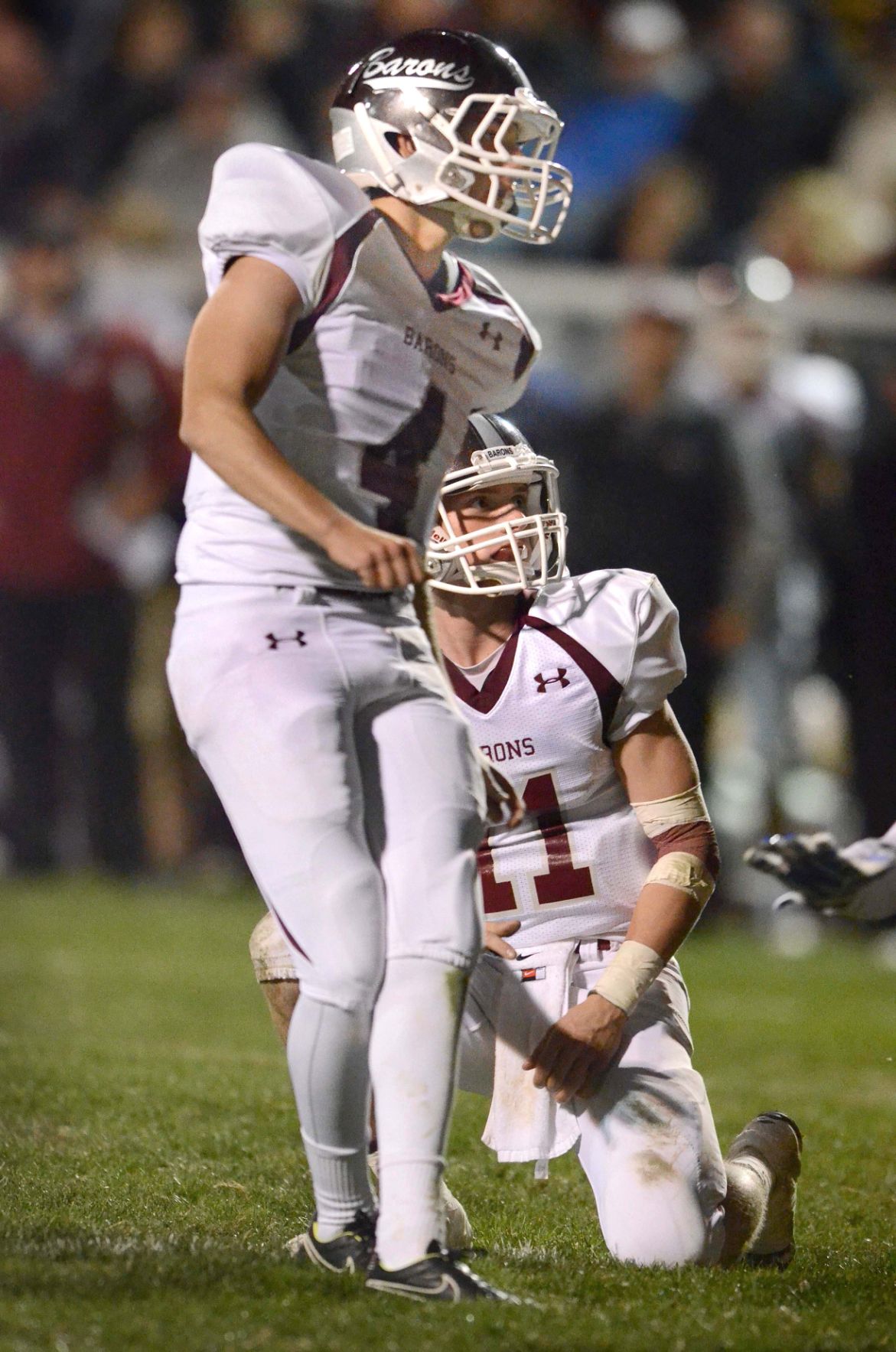 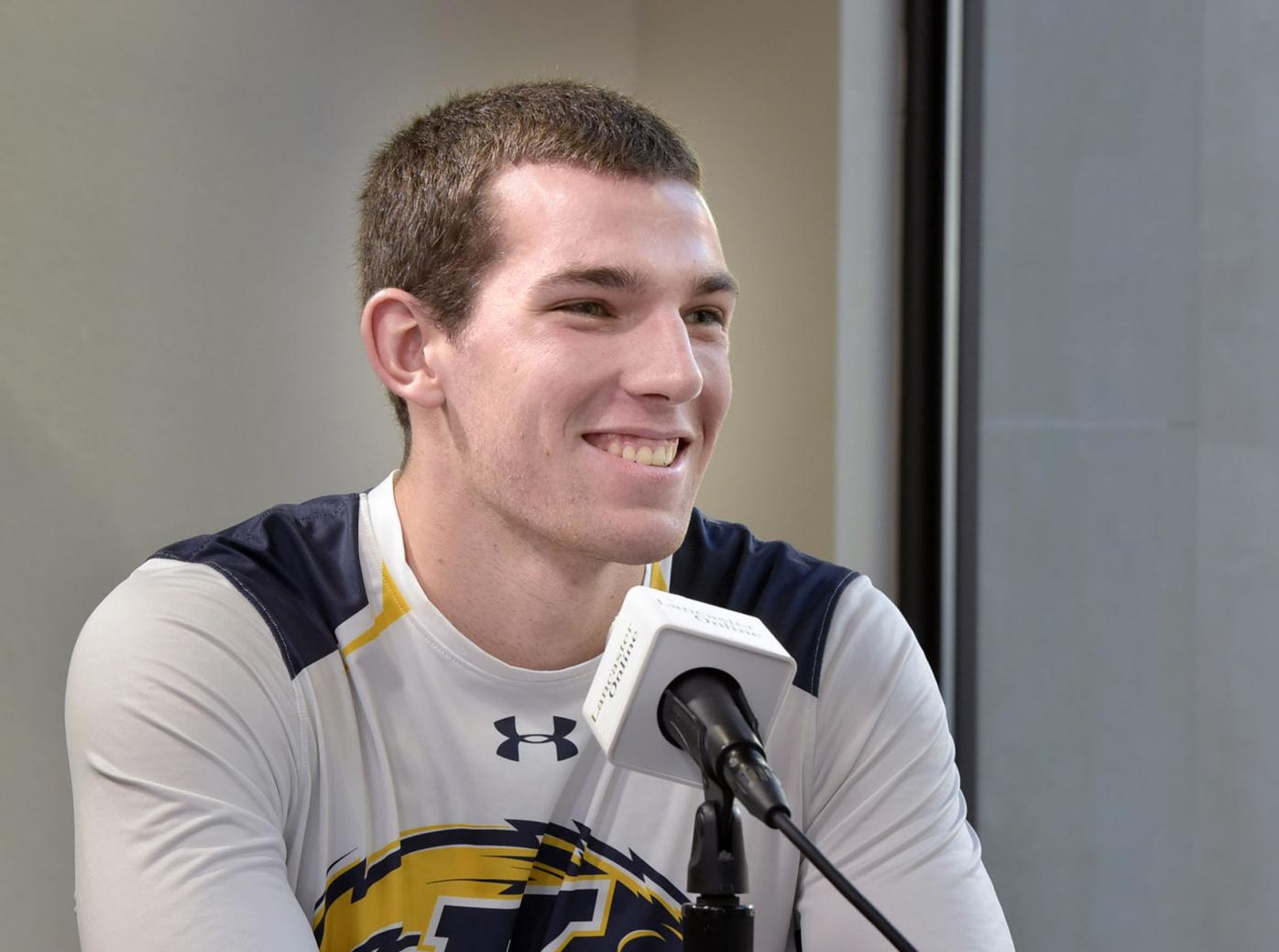 Derek Adams (Manheim Central grad, current Kent State punter) as he chats with John Walk during a recording of the Inspirational Atheletes podcast.

Manheim Central kicker/punter Derek Adams is one of the top specialists in the state. Marty Heisey/Staff

Derek Adams (Manheim Central grad, current Kent State punter) as he chats with John Walk during a recording of the Inspirational Atheletes podcast.

Instead of punting a football around by himself in a field somewhere during this time of quarantining and self distancing, Derek Adams has teamed up with a couple of buddies to stay in gridiron shape.

Adams, the former Manheim Central all-star specialist and late of Kent State University in the MAC, has spent the coronavirus hiatus in Manheim, and two of his friends just also happen to be top-notch specialists:

Former Manheim Central teammate Gunnar Royer, ticketed for Baylor later this summer to handle the long-snapping duties for the Bears, and Exeter grad and former Texas A&M kicker Taylor Bertolet — an NFL free agent who has had cups of coffee with the Rams, Broncos and Jets — are keeping sharp by working out together.

“We’re going through some crazy times,” Adams said. “So getting a chance to go and workout with guys of that skill level has been great.”

Adams put together a solid redshirt junior season for what turned out to be his final campaign at Kent State last fall, finishing 38th among all Division I specialists, averaging a nifty 43.1 yards per punt. He earned third-team All-MAC honors after 20 of his punts touched down inside the 20, he forced 19 fair catches and had 11 punts of 50 yards or more, including a booming 76-yarder.

“I had a pretty good season, and I thought some Power 5 schools out there might take a look at me,” Adams said, “so I decided to pull the trigger and enter the transfer portal.”

It didn’t take Adams very long to find a suitor; almost immediately after putting his name in the portal, he heard from Northwestern in the Big Ten Conference, and the wheels were in motion.

“I got lucky, because right before all of this (the COVID-19 pandemic) happened, I was able to take an unofficial visit,” Adams said. “I got to tour the campus and I got to tour the facilities and I was blown away.”

Northwestern offered a scholarship on the spot and Adams said yes.

“I committed right away,” he said. “I’m ecstatic.”

Adams graduated from Kent State last month with degrees in entrepreneurship and finance. He’s been accepted into Northwestern’s Masters of Data Science program, and he hopes to be on campus in Evanston — a suburb of Chicago — by mid-July to get cracking on classes, and prepping for the football season.

Northwestern is set to open up on Sept. 5 at Michigan State. The Wildcats will also invade Happy Valley for a B1G showdown at Penn State on Sept. 26. Adams played at Penn State during his Kent State days.

“I’ve played at Alabama and I’ve played at Penn State,” he said, “and I love those big-game, big-stadium atmospheres. I’ve always performed well in those kinds of games. I had some of my greatest times at Kent State, and I always did the best I could there. I loved it there. It’s where this all started.”

Before Kent State there was Manheim Central, where Adams was an all-state performer for the Barons. In his senior year, he drilled 12 field goals and averaged 41.2 yards per punt.

“I owe all of my success to Central,” Adams said. “They’re basically running a mini DI program there with the lifting and the cardio and the practices. It was such a smooth transition to college for me, because we were doing those things in a college kind of a way at Central already. If I didn’t get the coaching I got at Central, I probably wouldn’t have been at Kent State or now at Northwestern.”

“I’ll need a monster year to get invited to the Combine, because usually only three or punters get invited to that,” he said. “But that’s my huge goal, and that’s what I’m working on. Now hopefully I can go out and have a huge season for Northwestern.”

Provided that fall sports activities can resume as normal in light of the troubles presented by the COVID-19 pandemic, nearly 70 Lancaster-Leb…

This piece of wrestling history might be known by the older, dedicated Manheim Central fans. Fifty years ago, Jan Dutt surprised the wrestling…