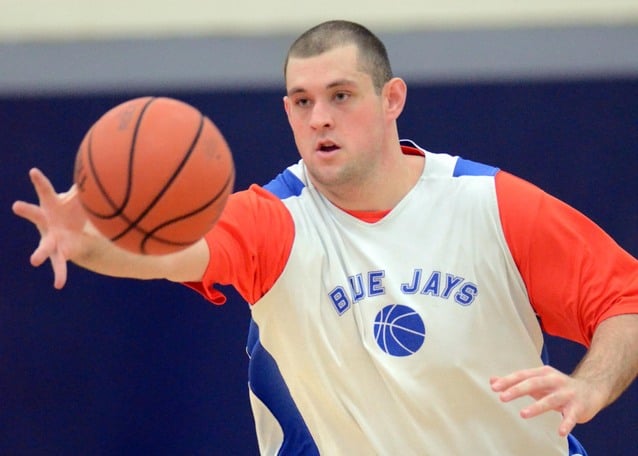 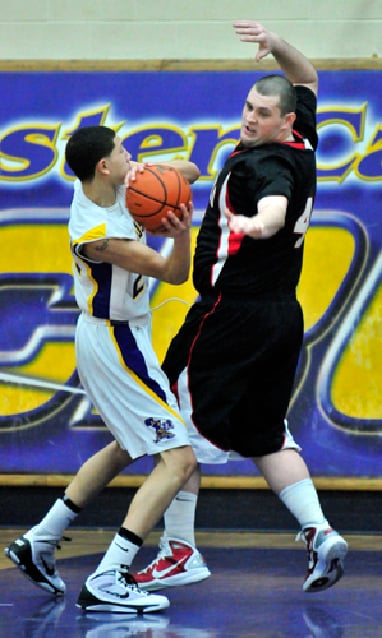 Elizabethtown High School has found its new boys basketball coach. At its Tuesday meeting, the school board approved Lee Eckert as the Bears’ new skipper.

Eckert, 27, is a former Hempfield and Elizabethtown College standout who has spent the last five seasons on the Bears’ staff, the first two as the junior varsity coach and the next three as a varsity assistant coach. He also coached the 14-and-under team for the local LA Elite AAU program last summer.

Eckert replaces Rocky Parise, who built Elizabethtown into a winner over the last four years, culminating in a 20-win campaign and the program’s first state playoff victory last winter.

“Rocky has been prepping me with practices and games,” Eckert said. “He let me do anything, whether it was leading a practice or letting me coach a summer league game. I would guess not many head coaches would have let me be so hands-on as Rocky did.”

After four years at the helm, Rocky Parise steps down as Elizabethtown boys basketball coach

Very proud of @lee_eckert43 . Coached him in college and then recruited him to come to @EtownBearsHoops 6 years ago. I can't wait to see what Lee is going to change to make the program his own and I'll support him every step of the way. Good luck brother! #clawball 🐻🏀

Eckert played under accomplished coaches. At Hempfield, he played for Warren Goodling and Danny Walck, two of eight coaches in L-L history with 300 or more career wins. In college, he played for Bob Schlosser, the Blue Jays’ longest-tenured and all-time winningest coach, who compiled 363 victories from 1990 to 2017, a span that included a trip to the 2002 NCAA Division III title game.

The ups and downs of Bob Schlosser's basketball life

“To be honest with you, when I was in college, Bob and I butted heads a lot,” Eckert said. “He’s a maker of men. As I was getting out of college and reflecting, Bob and I started doing camps together.”

In a way, Eckert is also following in the footsteps of his grandfather, G. Allen Eckert, a McCaskey alum and Pequea Valley Athletics Hall of Famer who coached the Braves’ baseball team to Lancaster County championships in 1957 and 1960, the McCaskey cross country team to a county championship in 1973, and served as the McCaskey baseball coach from 1974 to 1976.

The youngest of four boys, Lee Eckert grew up playing baseball through middle school, looking up to older brother Eric, who led NCAA D-II in saves in 1998 while pitching for a Millersville team that reached the D-II College Baseball World Series. His 13 saves that season and his 24 career saves are still the program records.

“That was the thing. If you’re an Eckert in Lancaster County, we are baseball people. That’s why I fell into basketball. As a teenager you want to do your own thing. But I was probably a better baseball player than I was in basketball.”

Eckert was a junior starter for Hempfield’s 2009-10 team that went 29-2, won the Lancaster-Lebanon League championship and was the District Three Class 4A runner-up. The Knights captured a second-straight league crown the next year, with Eckert being named co-MVP of the league.

He led an accomplished career at Elizabethtown, serving as the team’s sixth man as a sophomore and being among the team’s leading scorers and rebounders as a starter in his junior and senior campaigns, graduating in 2015 with a bachelor’s degree in history. Eckert currently works full-time as a houseparent at Masonic Village in Elizabethtown.

Eckert inherits a varsity roster that will return two starters next season. Asked what an Eckert-coached team looks like, he said, “I’m a big people person. Anybody who knows me knows I’m a talker, crier, hugger. It’s a lot of positive reinforcement. On the court, I like getting the ball up and down the floor. Get the ball out and keep it moving. I would like to say we’re going to pound the ball inside, but with today’s game and how it’s going, I don’t know if it’s realistic anymore. As far as defense, it’s nice being here the last five years because we’ve changed defenses a bunch.”

So excited to be announced as the next coach of @EtownBearsHoops. Thank you for all the support. Can’t wait to get started. #clawball

Ephrata has found its new varsity boys basketball coach. And it might be a somewhat familiar name to those in Lancaster-Lebanon League hoops c…