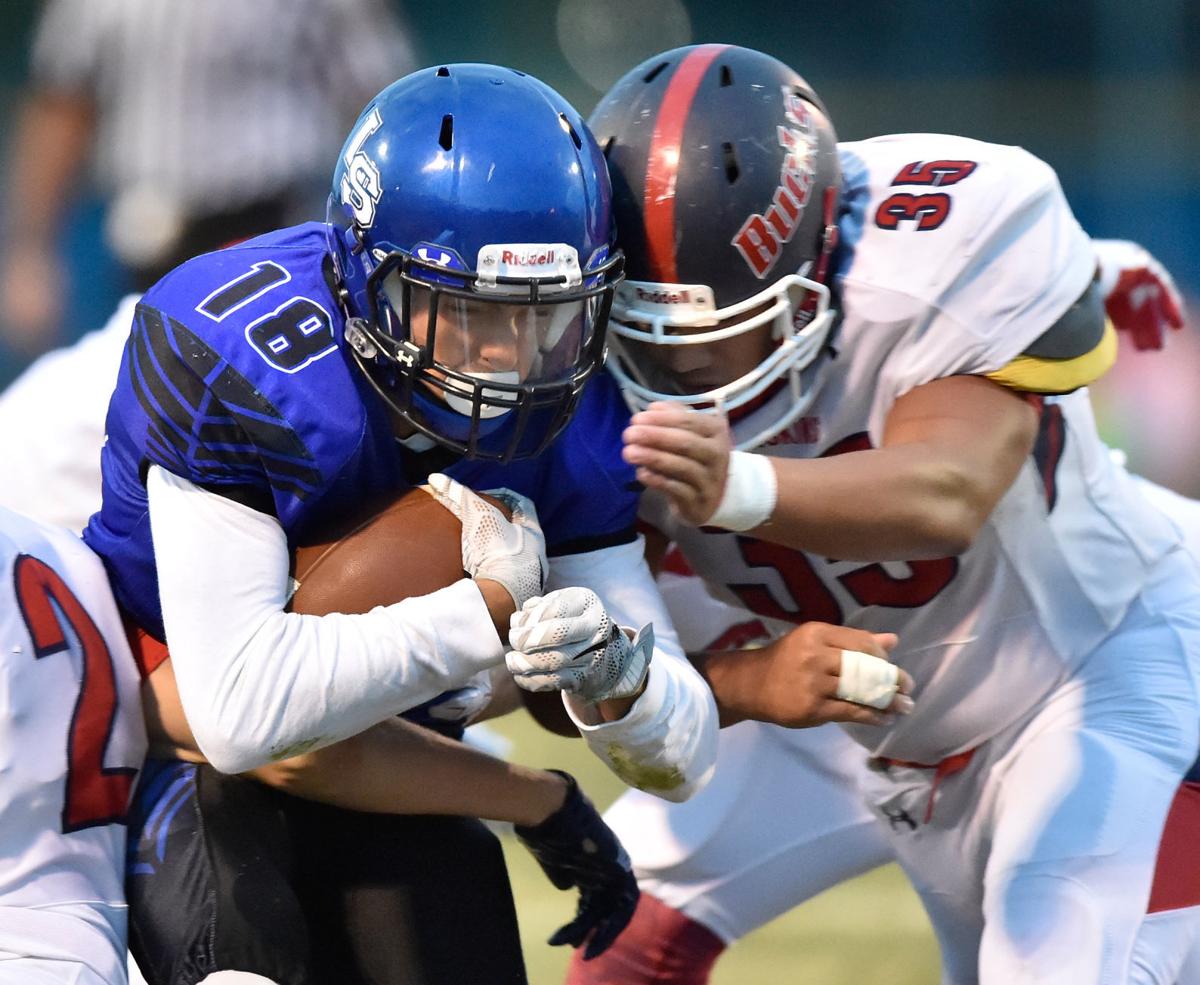 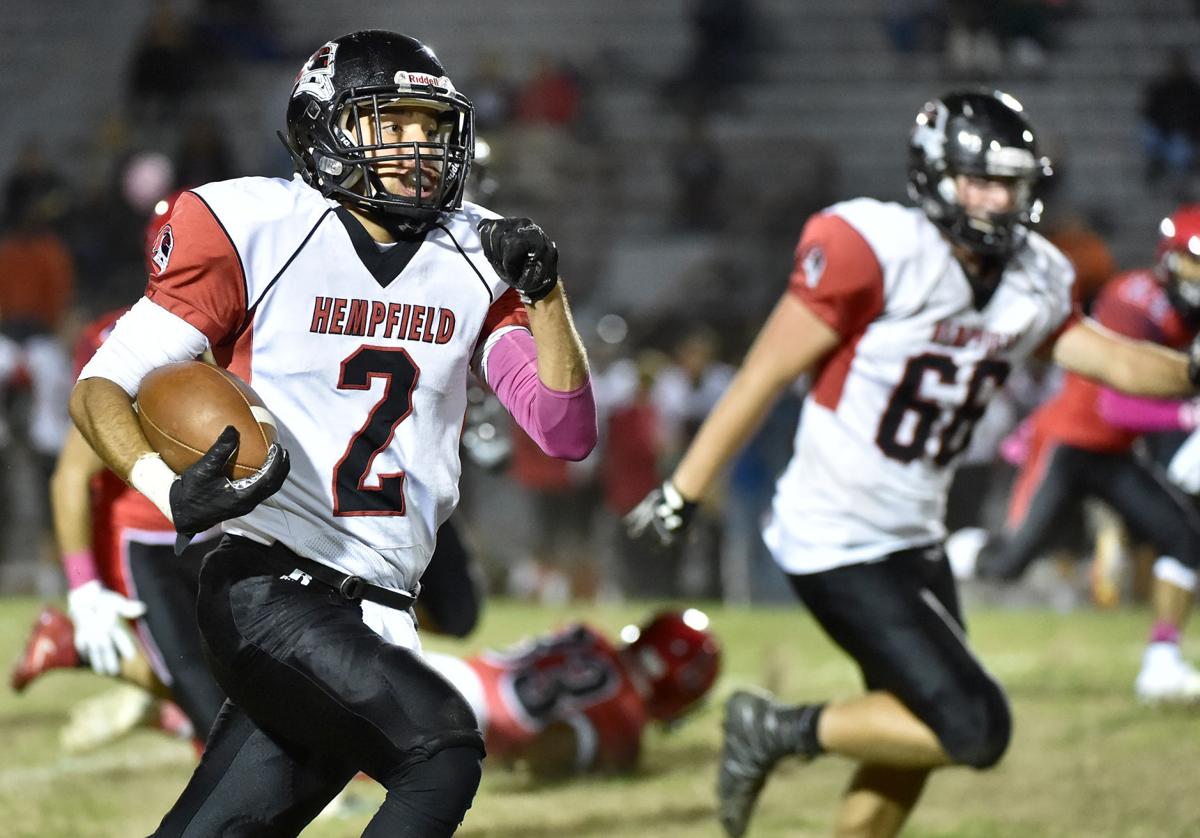 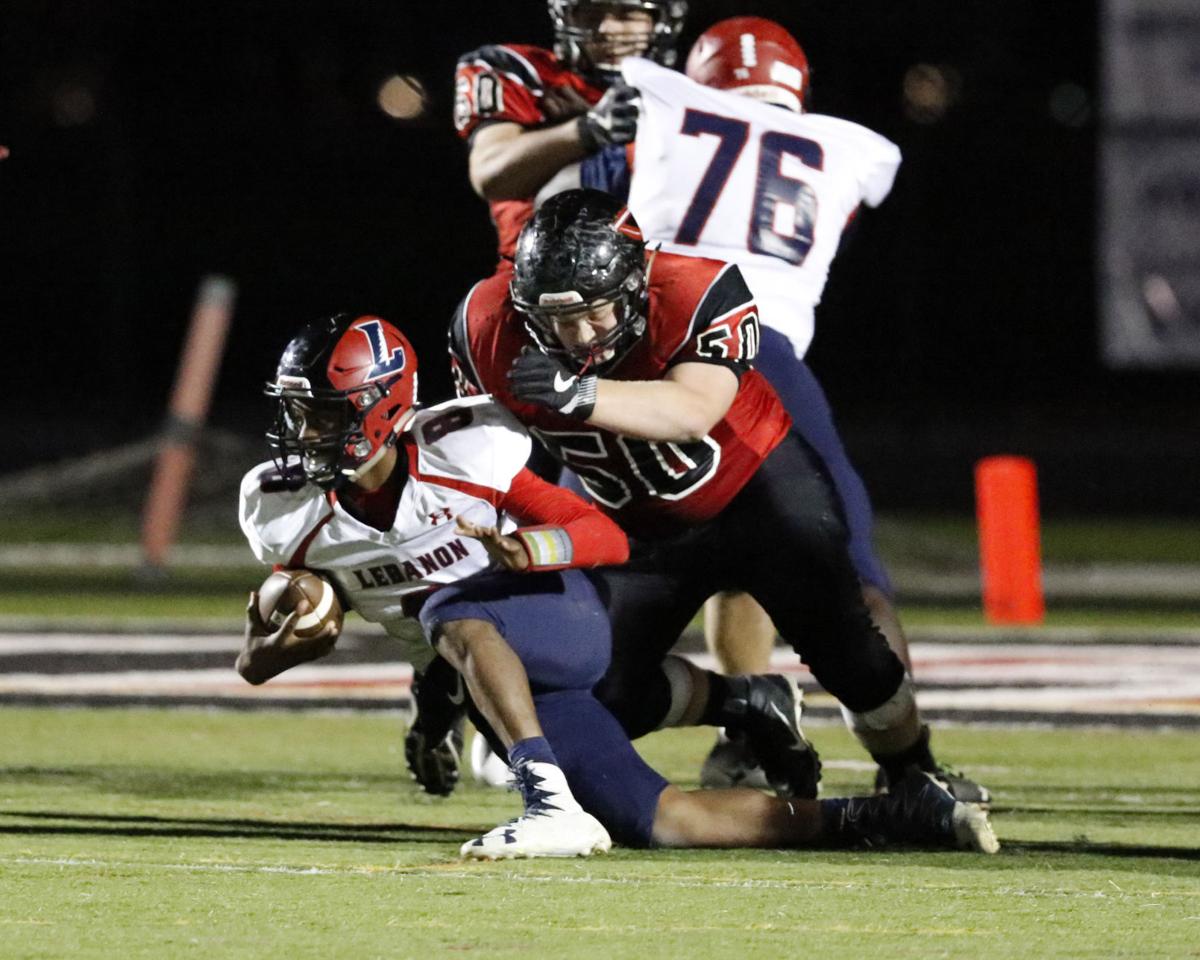 Lebanon's Zakee Sailsman tries to escape from Warwick's Evan Clark in a game last season. The speedy, talented junior is a dual-threat QB who is quite capable of creating offense on his own. 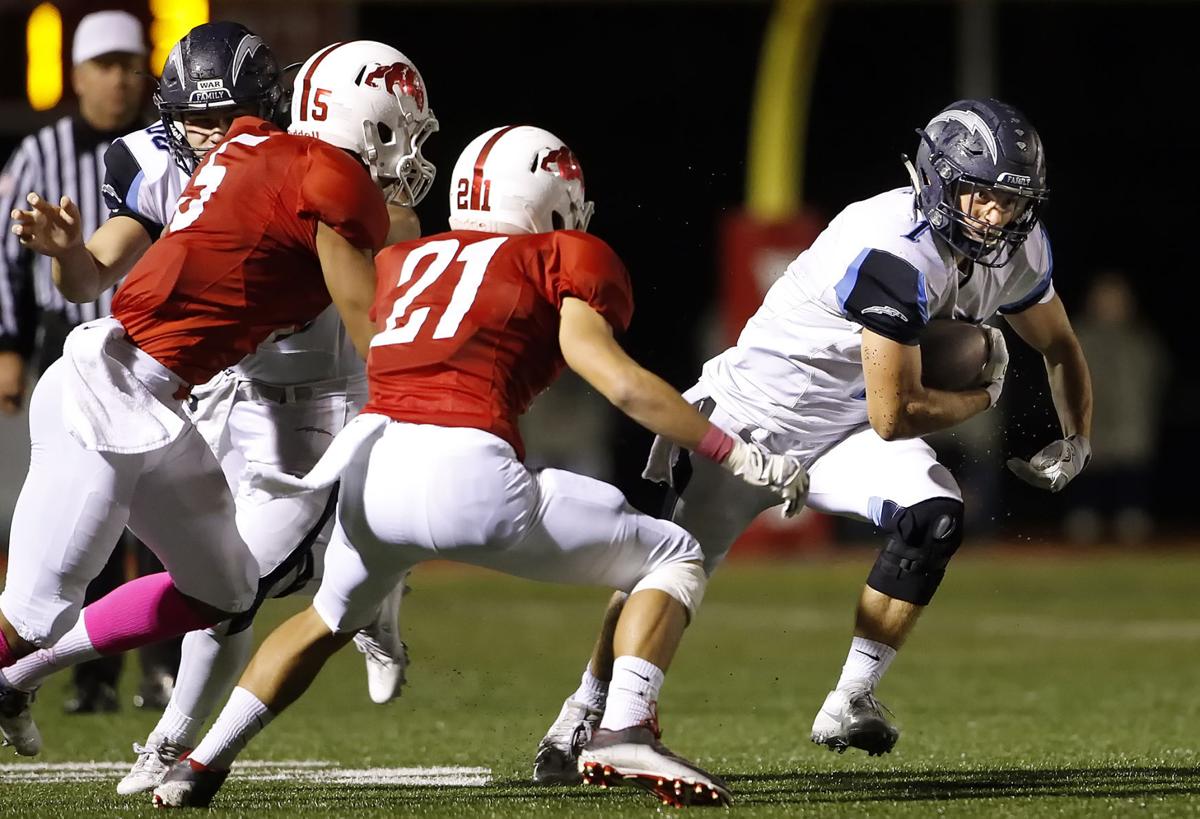 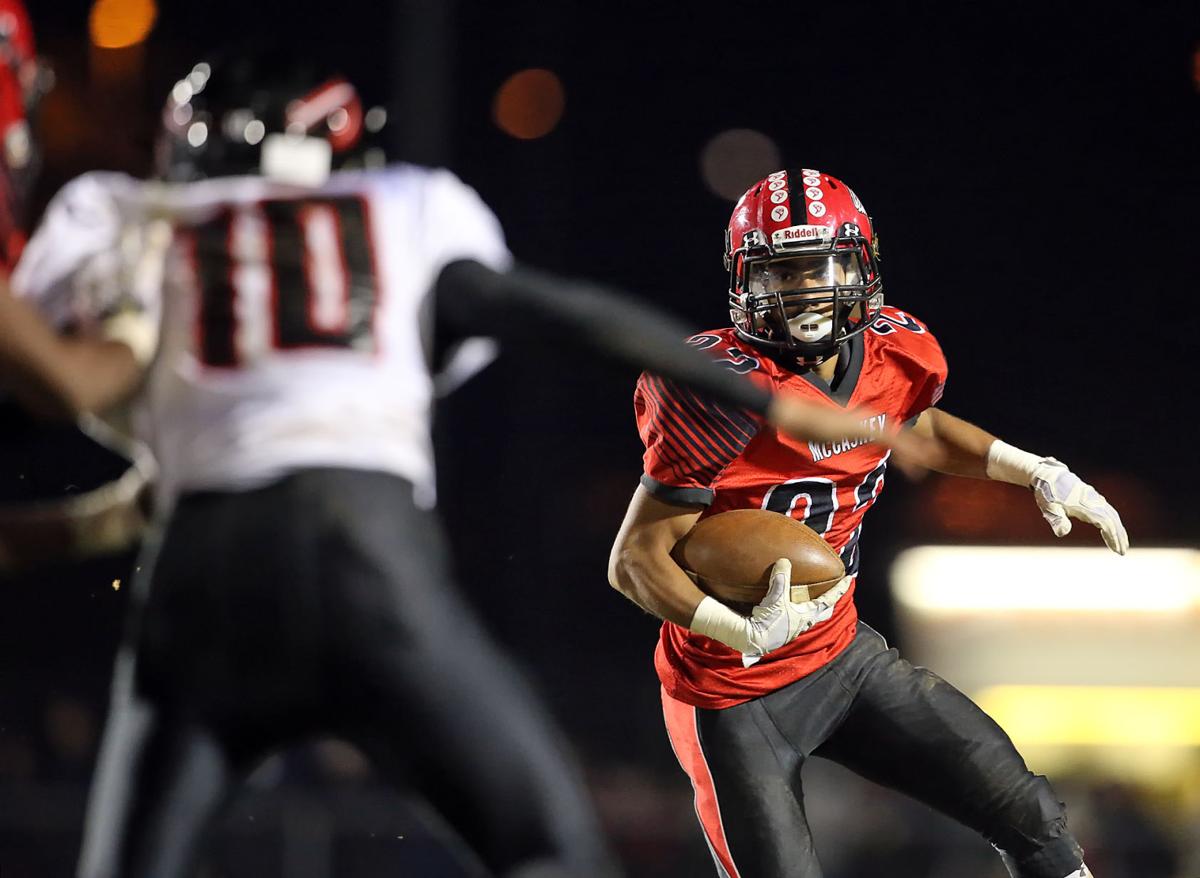 McCaskey’s Anthony DeLeon (22), shown running against Warwick last year, said team chemistry is the most important thing  his team needs to succeed in 2017. 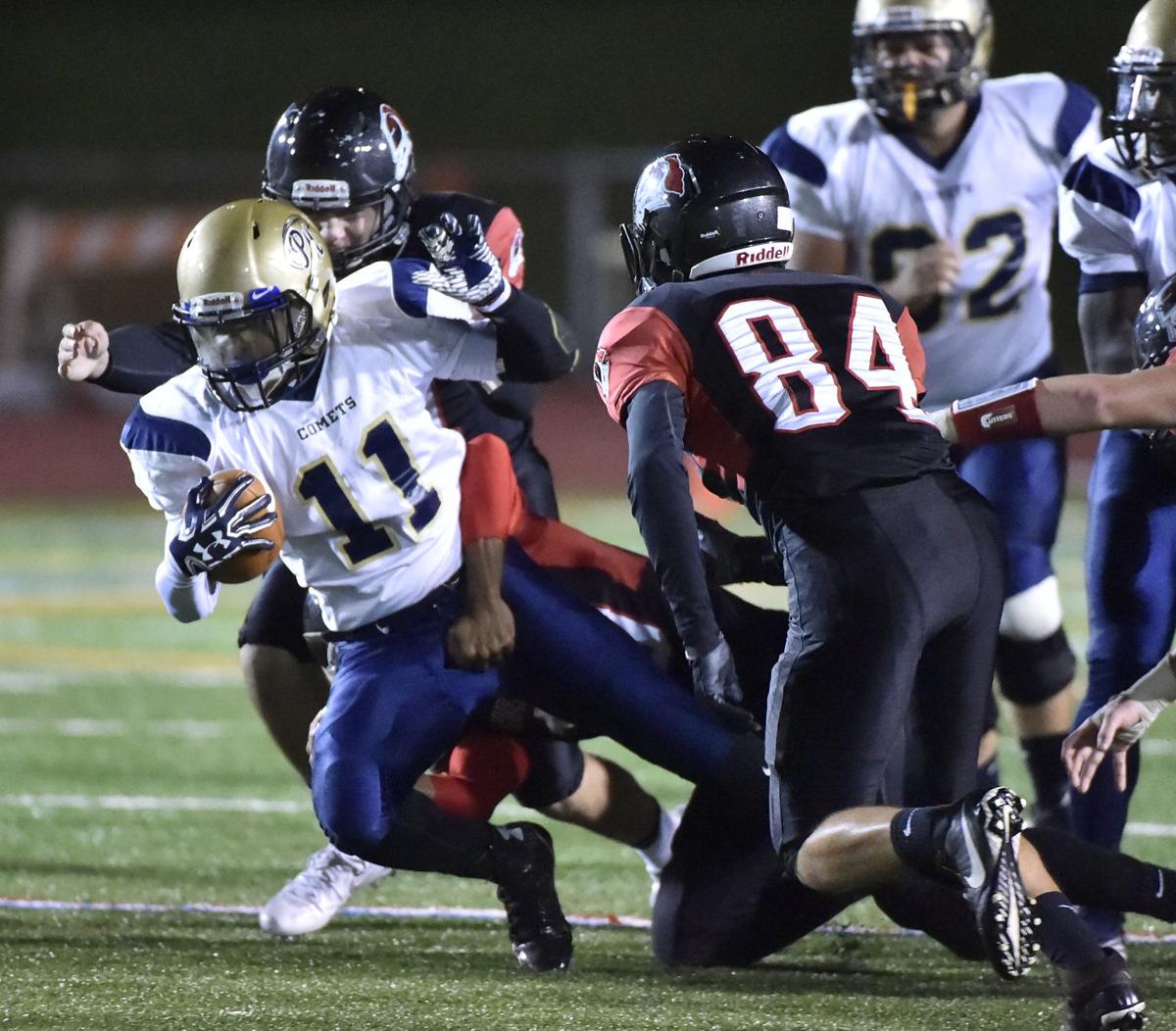 Penn Manor running back Evann Jones (11), pictured against Hempfield last season, thinks the Comets will be more formidable this season with their new “veer midline” offensive attack. “I think it’s hard for the defense to stop,” said Jones. “We have so much talent on the offensive side of the ball. It makes us dangerous because we can do so many different things with the ball.” 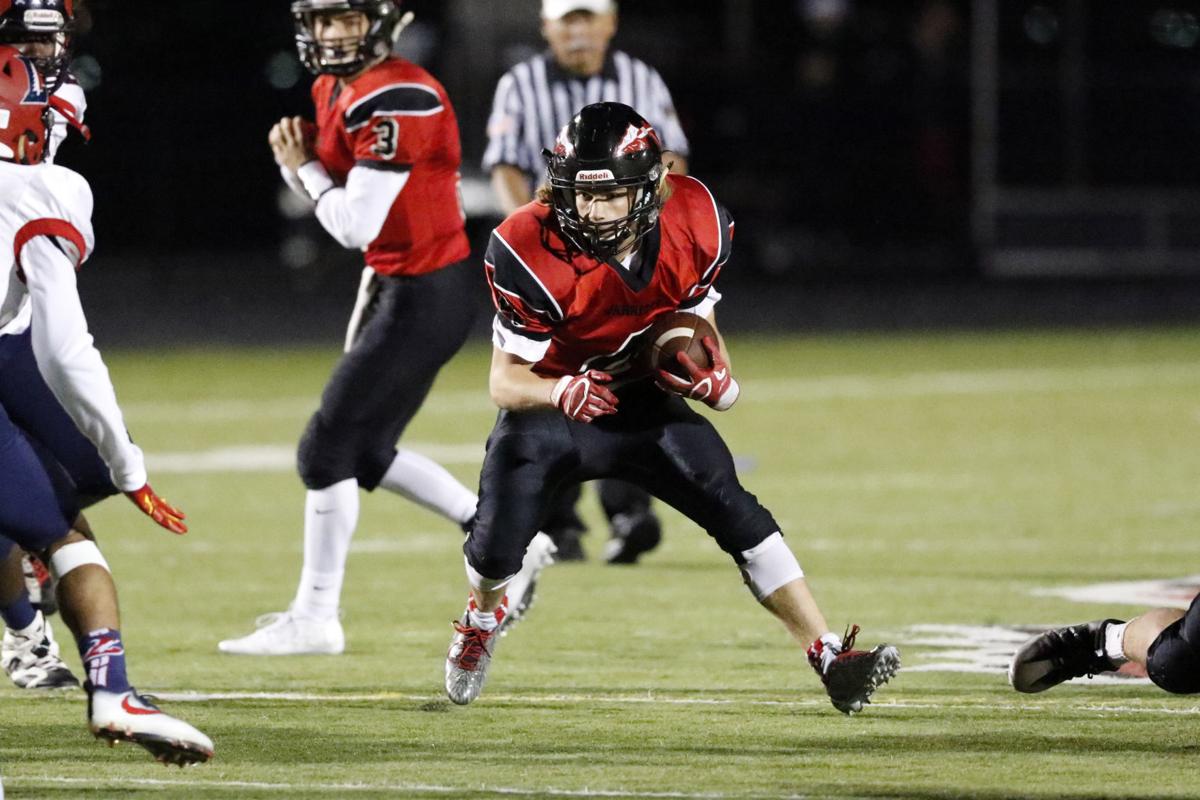 Warwick’s Issac Rissinger finds a hole in the Lebanon defense during a game last season. Rissinger, who scored nine touchdowns and rushed for 670 yards on 101 carries in 2016, is expected to be even busier in the Warriors’ new 1-back, 4-wide spread look this year. 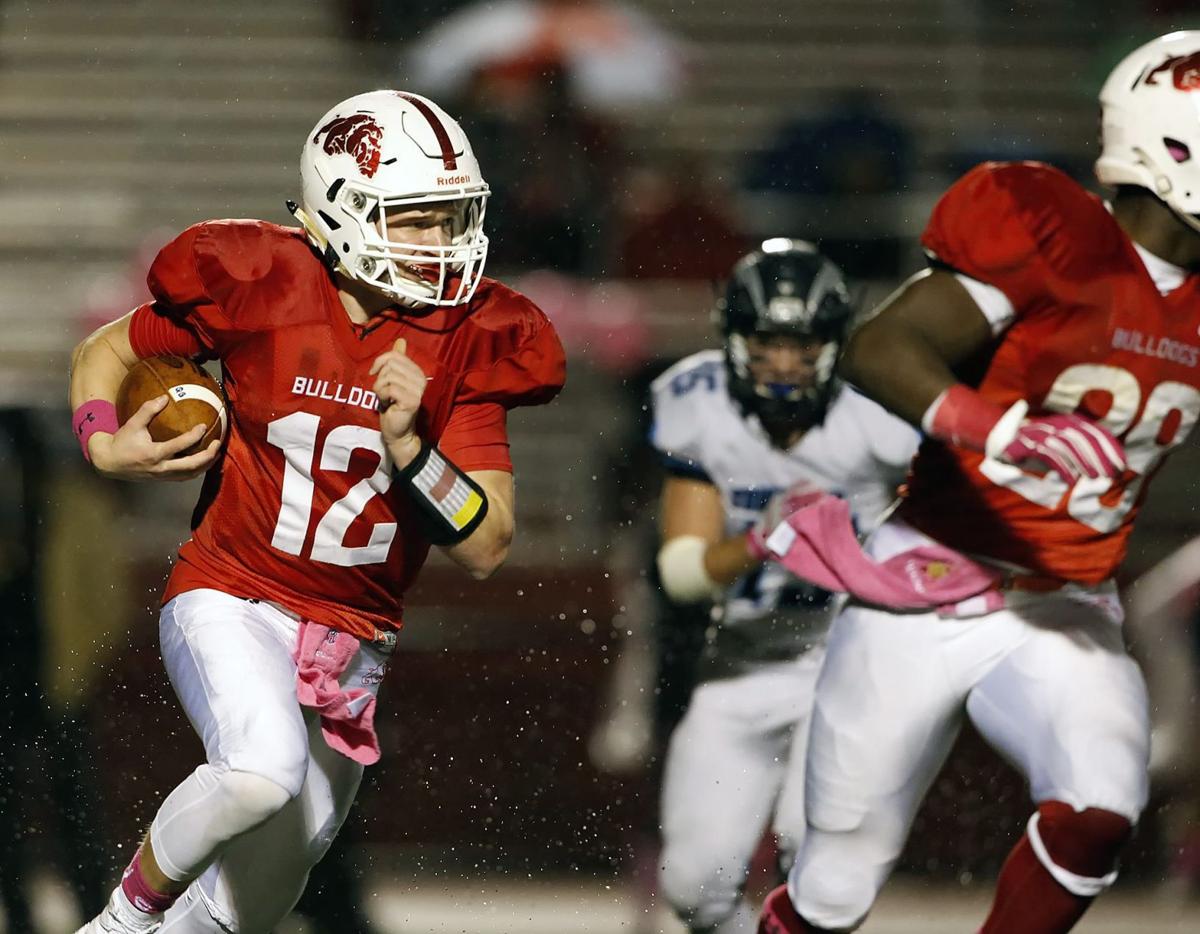 Wilson quarterback Connor Uhrig (12) takes off running against Manheim Township last season. Uhrig, who completed 60 percent of his passes for 2,050 yards and 21 scores in 2016, is back for another season at the throttle for the Bulldogs.

Just a hunch, but the Section One race should include the usual suspects. Wilson for sure. And a very determined, very motivated Manheim Township squad. Warwick is coming off an excellent eight-win season and a trip to the district playoffs, and the Warriors are set to return a slew of talent — plus senior QB Grayson Kline transferred in from Wilson, giving Warwick a vet triggerman.

We have to believe that Hempfield — with Temple commit David Martin-Robinson in tow — will wedge its way into the mix, while Conestoga Valley, McCaskey, Penn Manor and Lebanon will keep those usual suspects honest.

After a middle-of-the-road 2016 that saw Conestoga Valley finish 2-5 in Section One of the Lancaster-Lebanon League and 4-6 overall, the Buckskins are building their current program off the history and mindset of the teams that came before them.

Head coach Gerad Novak enters the second season of his second stint at the helm of the Conestoga Valley program. Much of last year was spent reshaping expectations — now the Buckskins are ready to make strides.

"In the second year, kids understand formations, schemes, blocking better," Novak said. "Last year we were learning new terminology. This year there is less teaching in that aspect, and we can get to the X’s and O’s much quicker."

The deck was already stacked against Hempfield at the start of the 2016 football season, considering the Black Knights had graduated 26 players from the previous year. In stepped a relatively inexperienced bunch. And down went quarterback Mark Himmelsbach in Week Two, missing the next two weeks with a concussion.

Hempfield counting on Himmelsbach, Martin-Robinson to raise a ruckus on the football field

By the time he returned and Hempfield got on the same page, it wouldn’t be until Week 10 when everything finally clicked in a 59-32 triumph over Lebanon in the season finale.

“Towards the end of the season,” Himmelsbach said, “a lot of the guys started getting a grasp for the offense.”

This season is the second of Lebanon’s two-year stint in Section One of the Lancaster-Lebanon League, thanks to a quirky bubble in male enrollment two years ago.

It’s not unfair to say the Cedars seem overmatched against the league’s biggest schools, especially since they didn’t come close to winning a Section One game a year ago. They’ll drop to Section Three next year.

So it could be easy to write Lebanon off in 2017. Two arguments against that:

1. In junior Zakee Sailsman, the Cedars will feature a dual-threat quarterback who’s attracting some Division I recruiting interest and is capable of creating offense on his own.

2. The Cedars took their beating last year, didn’t like it —understandably — and spent the offseason doing something about it.

This year's edition of the Manheim Township Blue Streaks has the potential to be quite offensive, literally.

The Streaks have plenty of returning weapons, along with a big ol’ side of beef up front, that could result in a lot of points being scored.

Sallade rushed for 885 yards and 15 touchdowns, while Bender hauled in 28 passes for 575 yards and five touchdowns.

It's Year Two of the Eric Spencer Era at McCaskey, and if you go by what's on paper, it could be a mighty interesting season for the Red Tornado.

Of course, football games aren't played on paper. But on paper, McCaskey has a lot going for it. Like 15 total returning starters. And a boatload of talented, fast skill players. Not to mention some veteran defenders, plus plenty of motivation after a 4-6 season that left the Tornado on the outside of the playoff picture yet again.

And did we mention those fast skill kids?

Spencer is thrilled with his team's speed and athleticism, which he's hoping the Tornado will unleash in the coming weeks. Plug a hole here and find a new starter or two there, and if everything goes just right, McCaskey, it says here, will be in the race — and the Section One race is always much more fun when the Tornado is running with the lead pack.

The time is now for what is a hungry group of seniors at Penn Manor.

Two years ago, as sophomores, the Comets welcomed a new coach and endured an 0-10 season.

A season ago, as juniors, there were two Lancaster-Lebanon League Section One wins, against Lebanon and Conestoga Valley.

But the seniors are not fond of moral victories. Instead, they want something to show for all their hard work, on and off the field.

First look to last year’s breakout 8-3 campaign and runner-up finish in the Lancaster-Lebanon League Section One standings. Then point to the fact Warwick brings back just about everyone from that squad.

What do you get?

Well, from longtime Warwick coach Bob Locker it’s the following response: “Anything a team did last year gets you this many wins ...”

You’ll then watch as Locker holds up his left hand and forms his thumb and index finger into a zero, just as he did at L-L football media day.

The Bulldogs will open this year’s section slate riding a 64-game league winning streak dating back to 2007, and coach Doug Dahms’ crew has won a staggering nine section championships in a row.

Wilson is also the reigning District Three Class 6A champ, so the Bulldogs will be looking to defend that title as well.

But not all is rosy in West Lawn. There are holes to be filled, with 15 full-time starters gone from last fall. And we’re talking key spots too, like outside linebacker, the offensive line and the secondary.