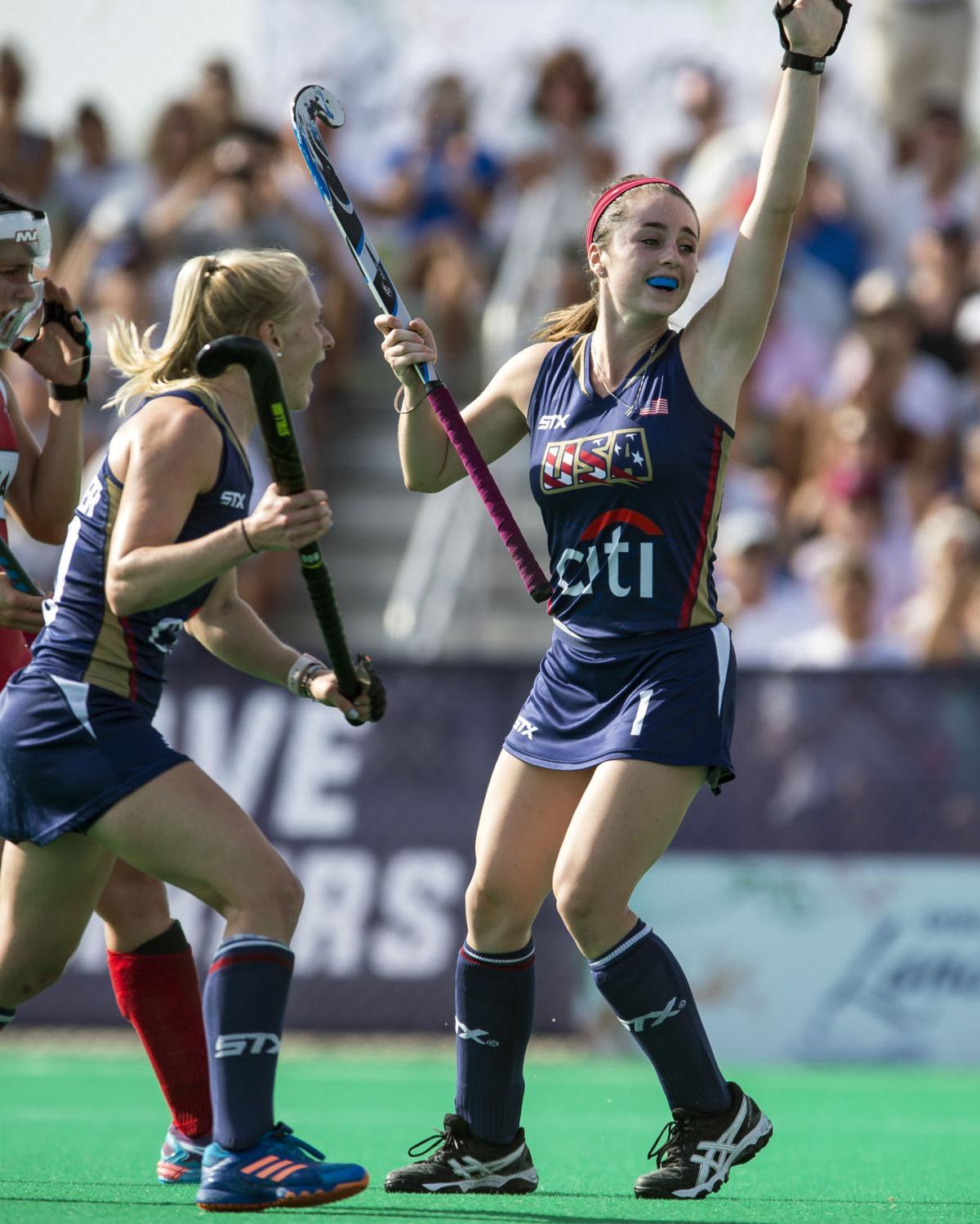 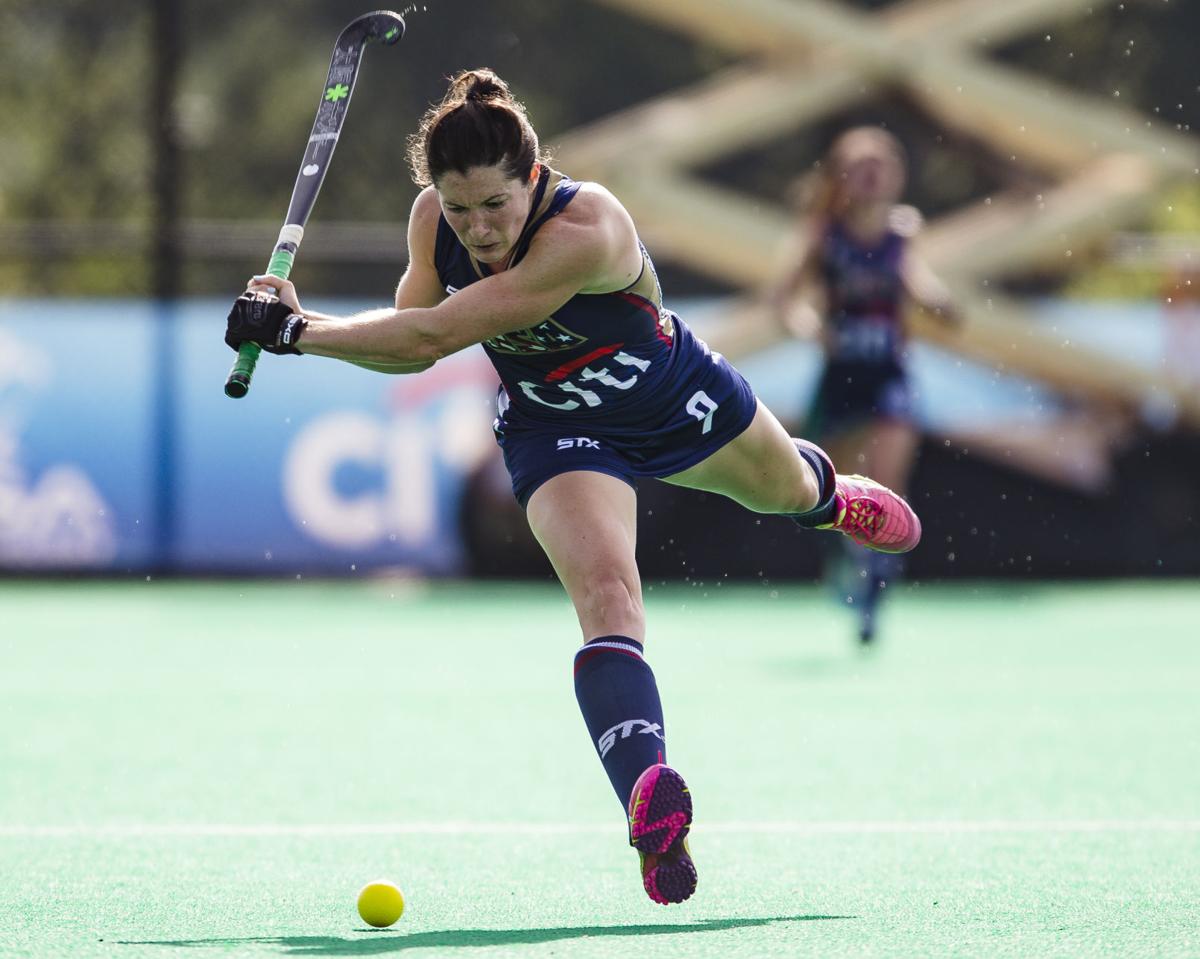 USA’s Michelle Vittese winds up for a pass on the attack against Canada at Spooky Nook Sports Complex on Sunday, August 13, 2017. 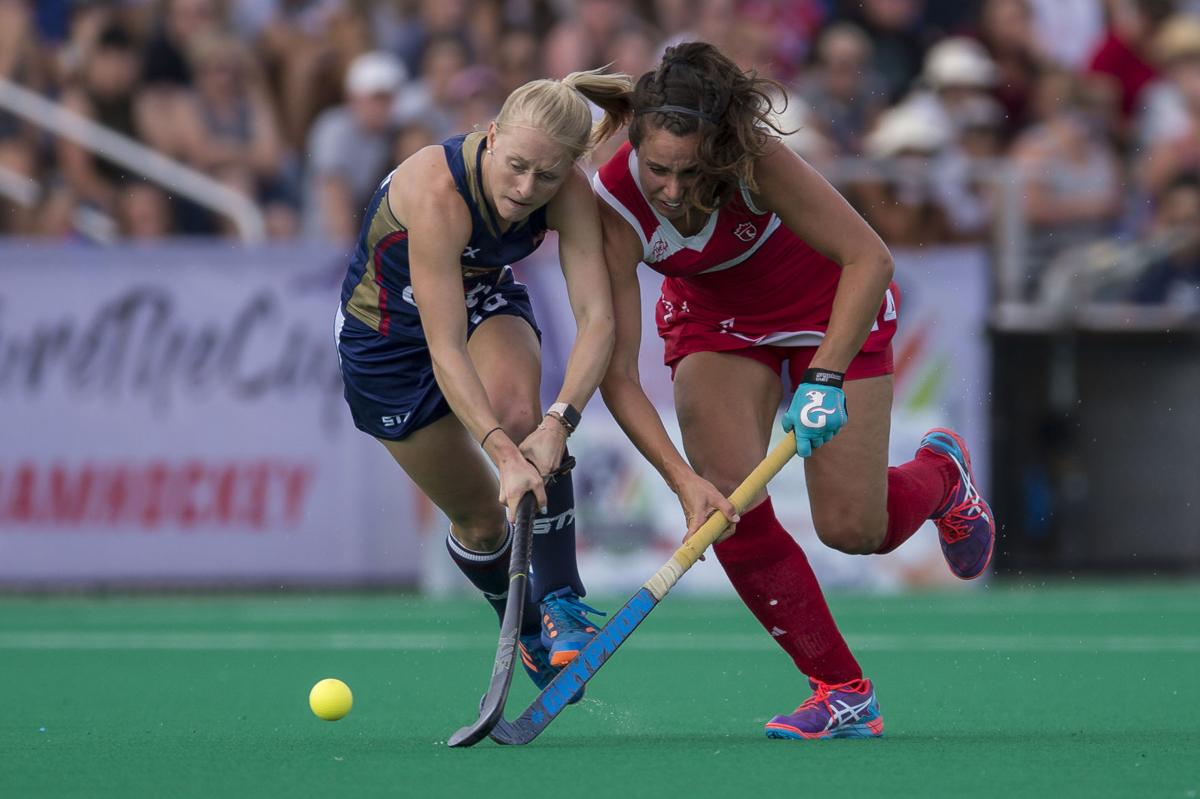 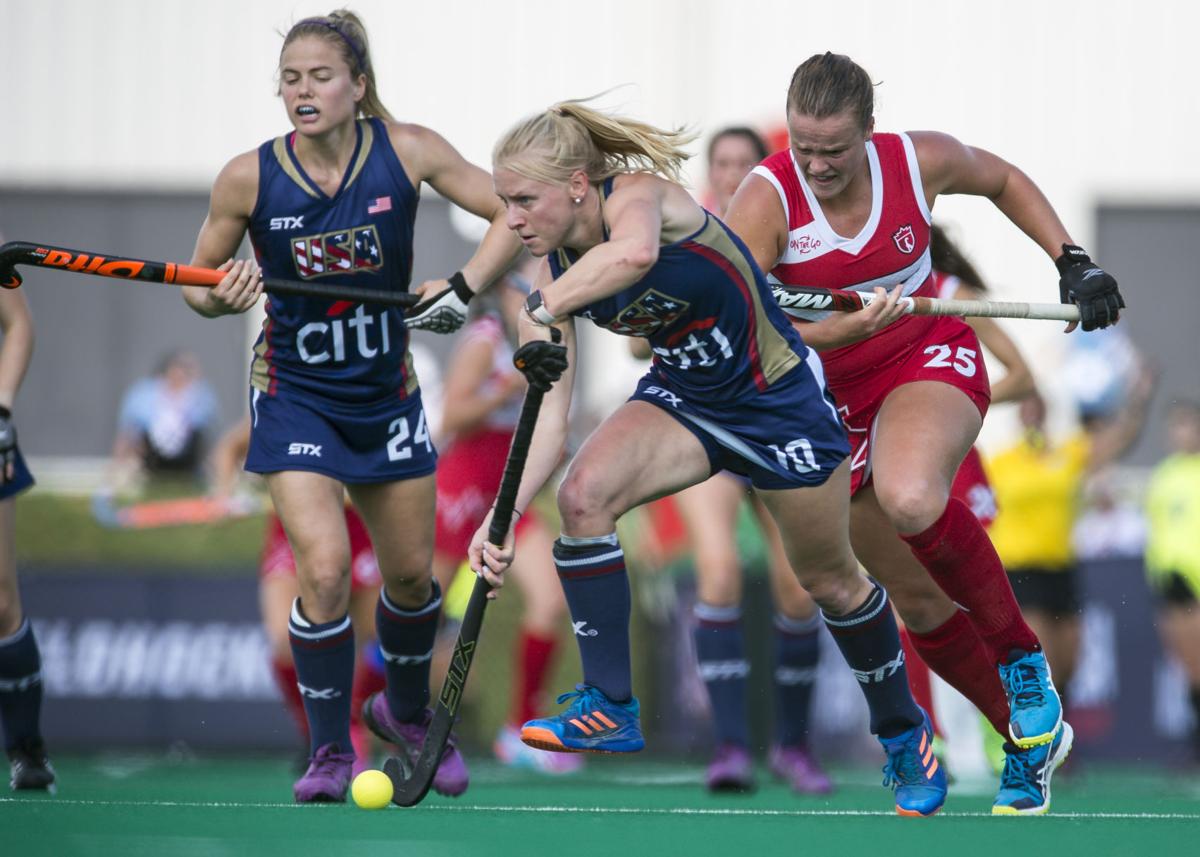 USA’s Jill Witmer gets loose on a break away against Canada during the Pan American Cup Bronze Medal game at Spooky Nook Sports Complex on Sunday, August 13, 2017. 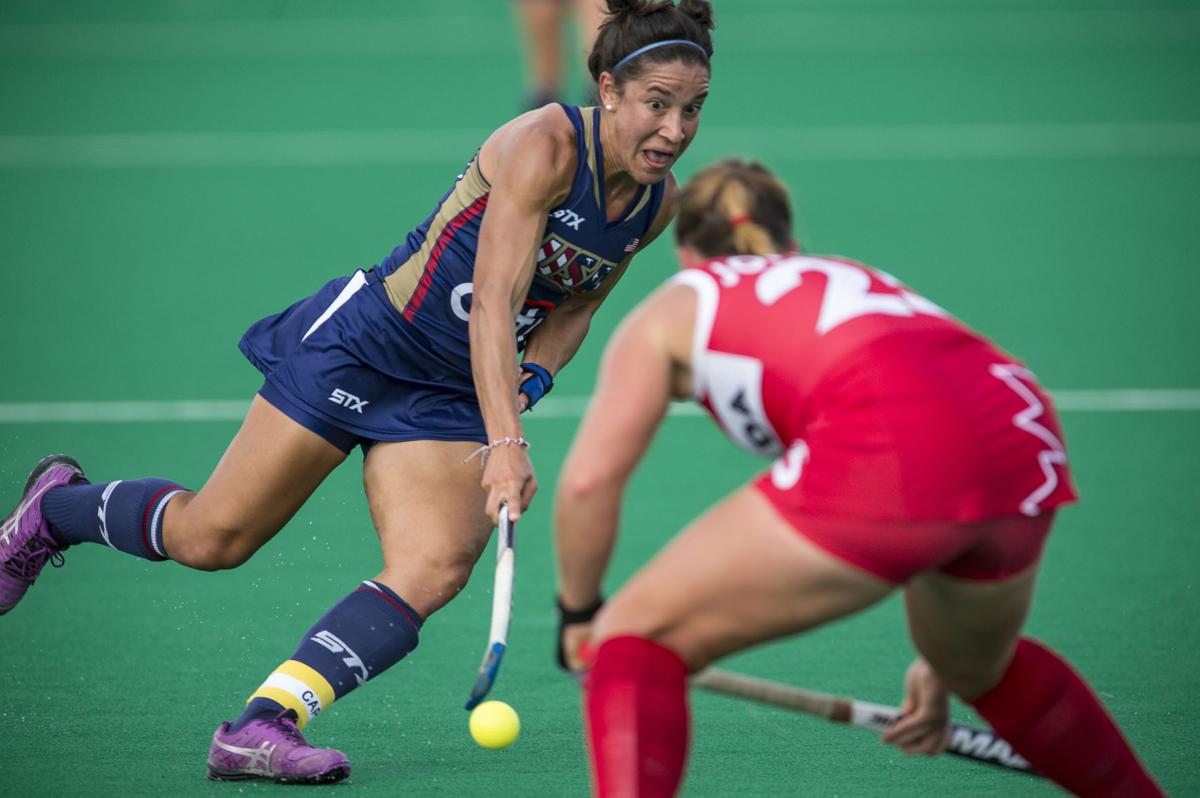 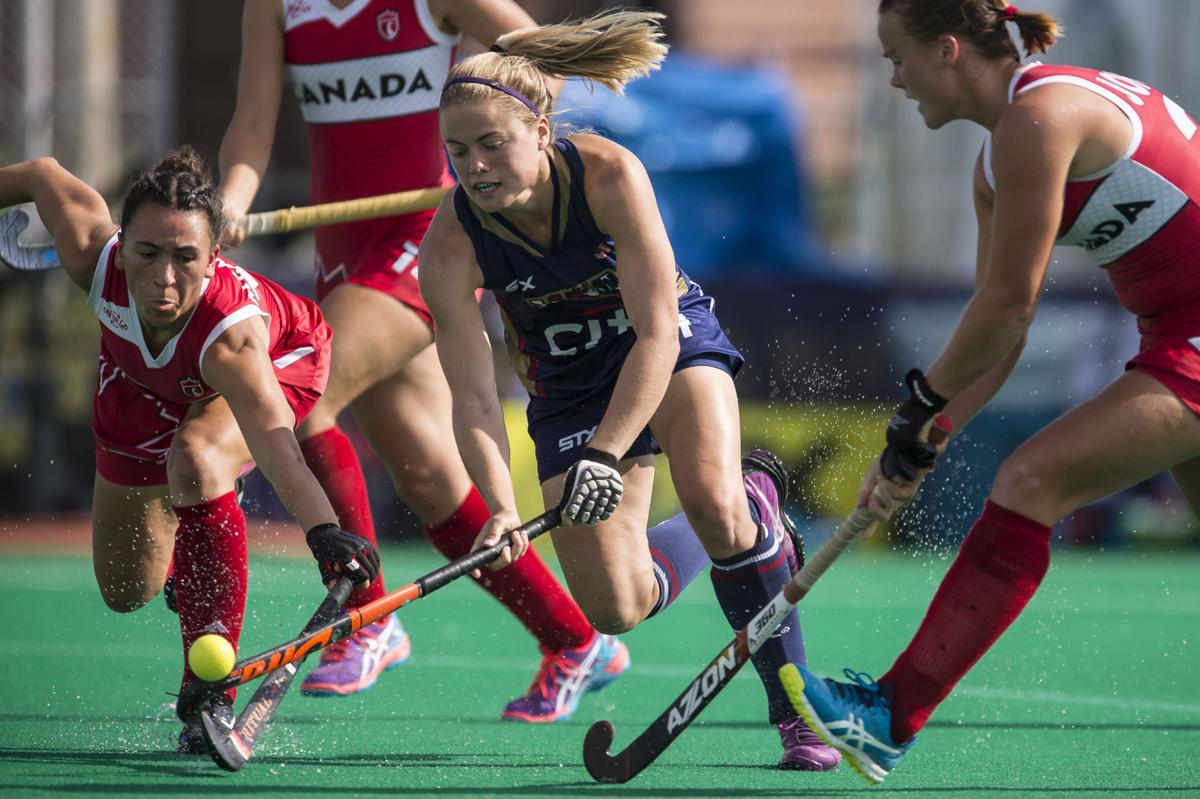 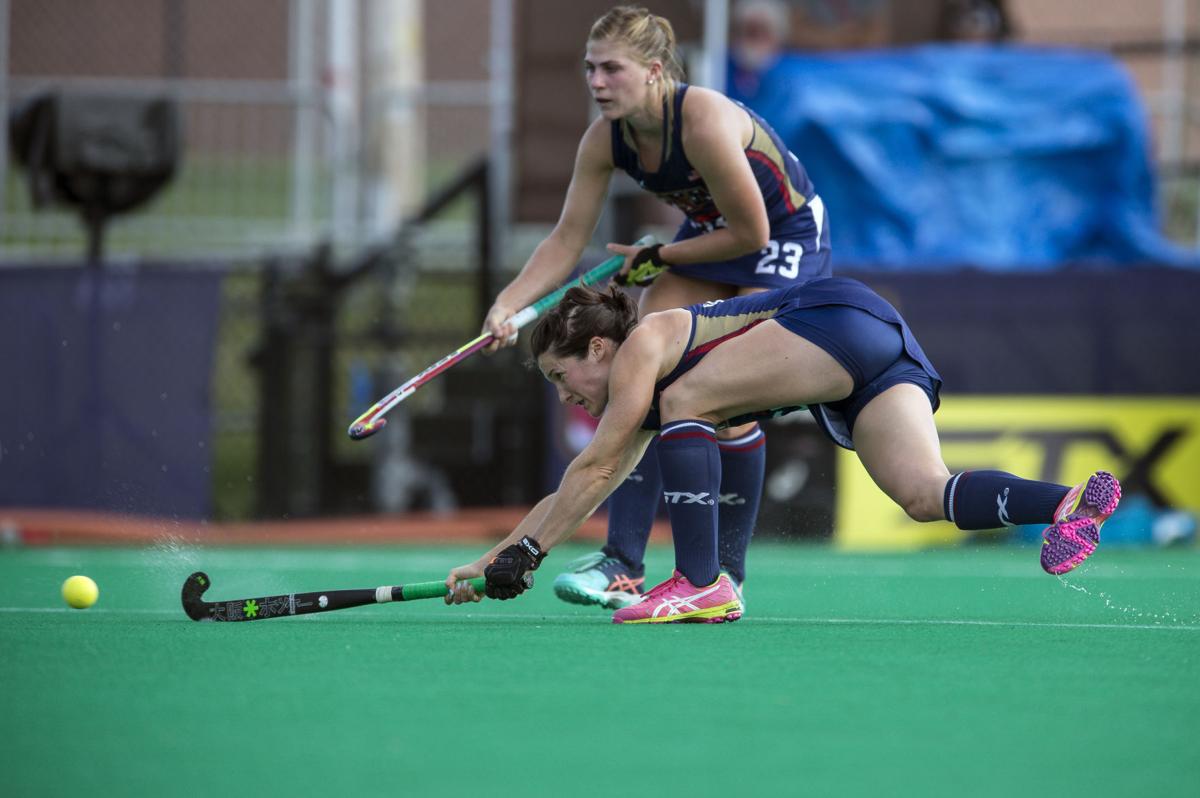 USA’s Michelle Vittese scores on a shot off of a penalty corner in the second half against Canada at Spooky Nook Sports Complex on Sunday, August 13, 2017. 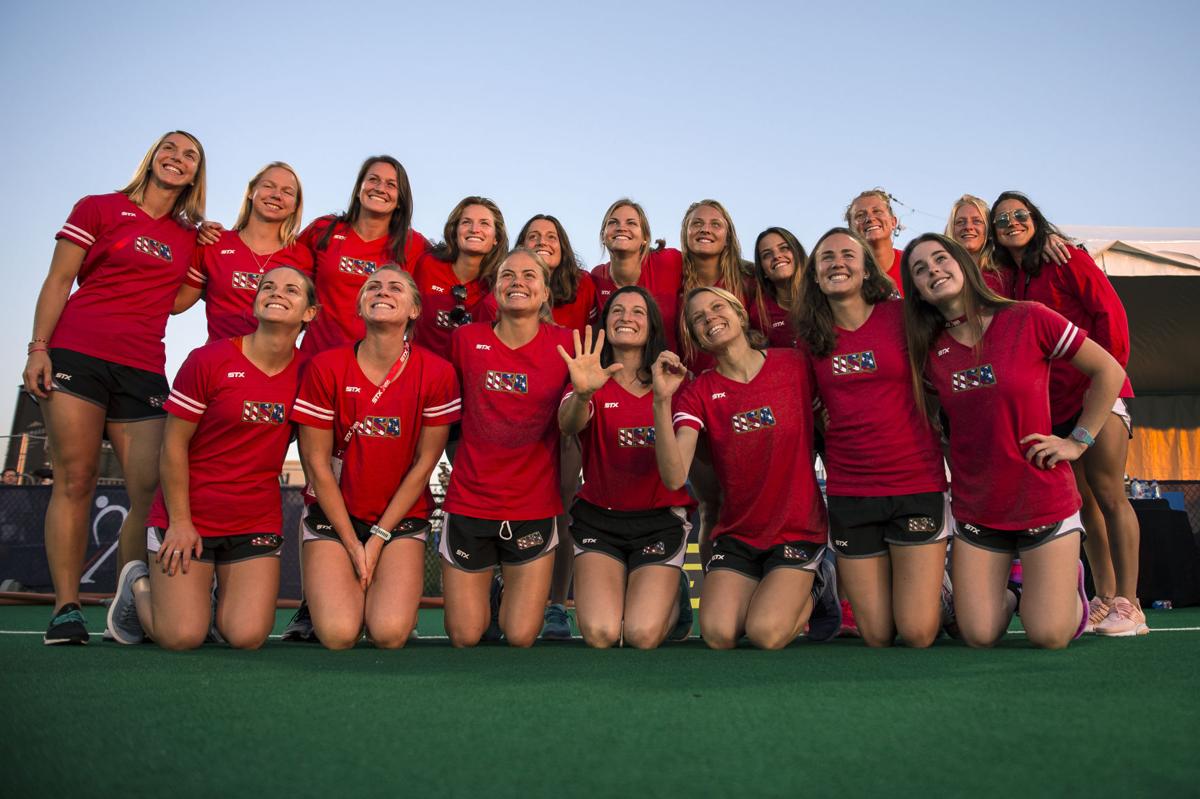 USA’s Michelle Vittese winds up for a pass on the attack against Canada at Spooky Nook Sports Complex on Sunday, August 13, 2017.

USA’s Jill Witmer gets loose on a break away against Canada during the Pan American Cup Bronze Medal game at Spooky Nook Sports Complex on Sunday, August 13, 2017.

USA’s Michelle Vittese scores on a shot off of a penalty corner in the second half against Canada at Spooky Nook Sports Complex on Sunday, August 13, 2017.

A day after torrential rain poured down on Spooky Nook Sports, delaying play at the Pan American Cup, the sun shone brightly as a light breeze carried across the pitch.

The only interruption on Sunday afternoon was a voice over the speakers asking fans to move closer together on the bleachers to make room for the capacity crowd gathered to watch the Canadian and U.S. women’s field hockey teams face off in the tournament’s bronze medal game.

With dueling “U-S-A” and “Go, Canada, Go” chants ringing out across the more than 1,600 decked out in varying degrees of red, white and blue, both teams battled for a spot on the podium.

It was Team USA’s determination that would ultimately break through as the Americans scored two goals over the final 20 minutes for a 2-1 comeback victory.

The bronze may not have been the medal the U.S. had its eyes set on when the tournament opened 10 days earlier — the gold would instead go home with Argentina following a 4-1 win over Chile — but it provided the squad with another chance to face top international competition while growing as a team.

“I always say, people keep forgetting this squad today, we field five people that played in the quarterfinal in (the Rio Olympics), only five,” U.S. coach Janneke Schopman said. “So I think it’s a massive compliment to the older players that lead, but also the other ones that put in the fight.”

“This tournament offered a lot difference experience than World League 3,” Schopman continued, comparing the Pan Am Cup to Team USA’s last tournament. “Here, you are one of the favorites, so I think learning to deal with that but also trying to keep your focus when you know you play teams that are ranked lower than you but can still bring the same fight. I think that was a big learning curve for us.”

There has been a lot of transition for Team USA since the Rio Olympics, with eight players officially announcing their retirements after the Summer Games. With an influx of new athletes, the squad made its way to Johannesburg, South Africa, for the the World League tournament and walked away with gold.

The final victory there — 3-2 over Germany — came in a shootout with 17-year-old Erin Matson scoring the winning goal.

On Sunday, it was another new member of the squad, Taylor West, breaking the deadlock with eight minutes to play.

Canada took a 1-0 lead in the second quarter on a goal from Karli Johansen before Michelle Vittese evened the score on a penalty corner late in the third. That set the stage for a back-and-forth final 15 minutes and a scramble on Team USA’s winning goal.

After a fake shot attempt on a corner, captain Melissa Gonzalez passed to Matson on the side of the goal and West was there to deflect the ball into the back of the net.

That type of resilience has always been a key part of Team USA’s game, but it proved even more important at the Pan Am Cup, where the squad had to battle a short turnover between tournaments and the loss of three key players to injury.

“That’s all we’re really focusing on after the turnover and this is the group — this is the family we have going forward and I’m excited to get it done and see what more we can do.”