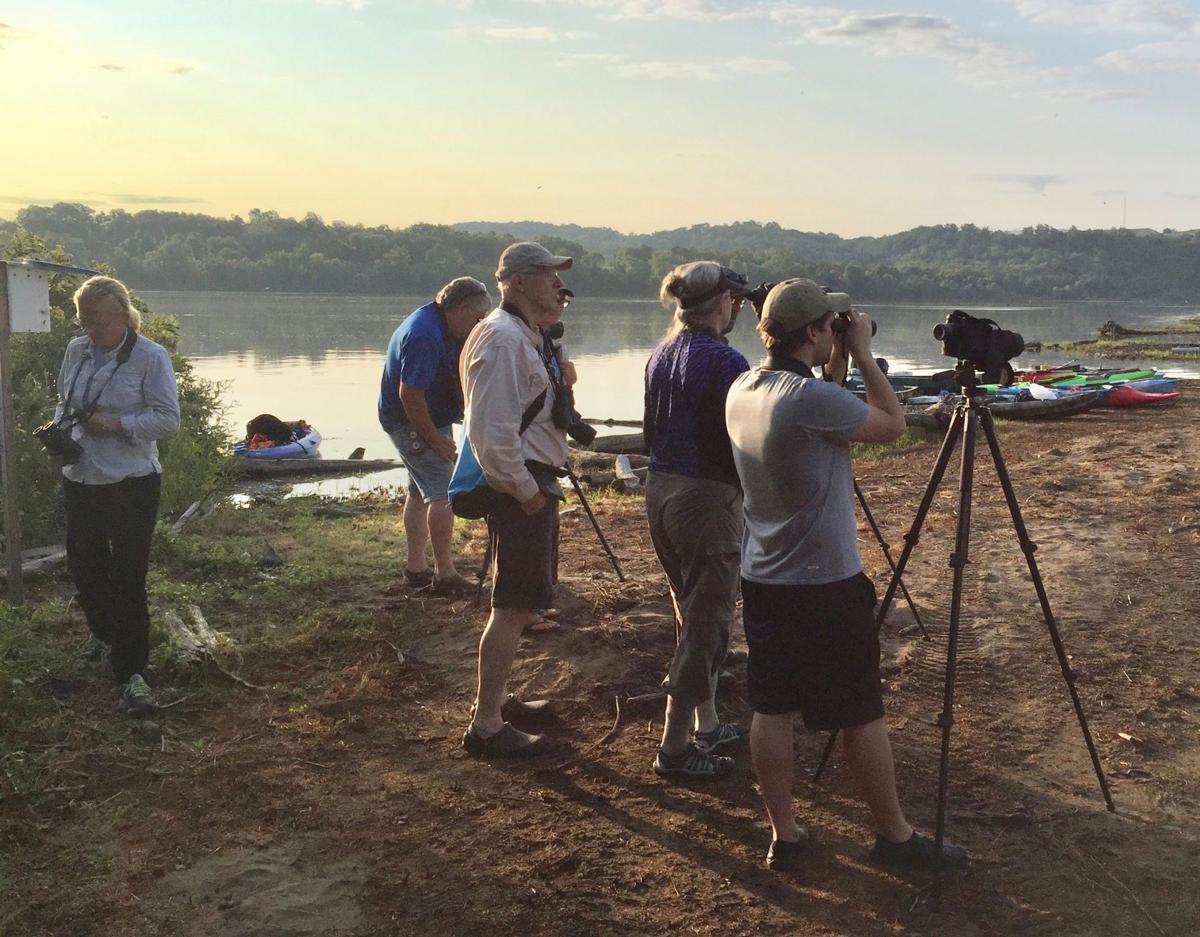 Members of the Lancaster County Bird Club scope birds on the Conejohela Flats on the Susquehanna River near Washington Boro in 2017. 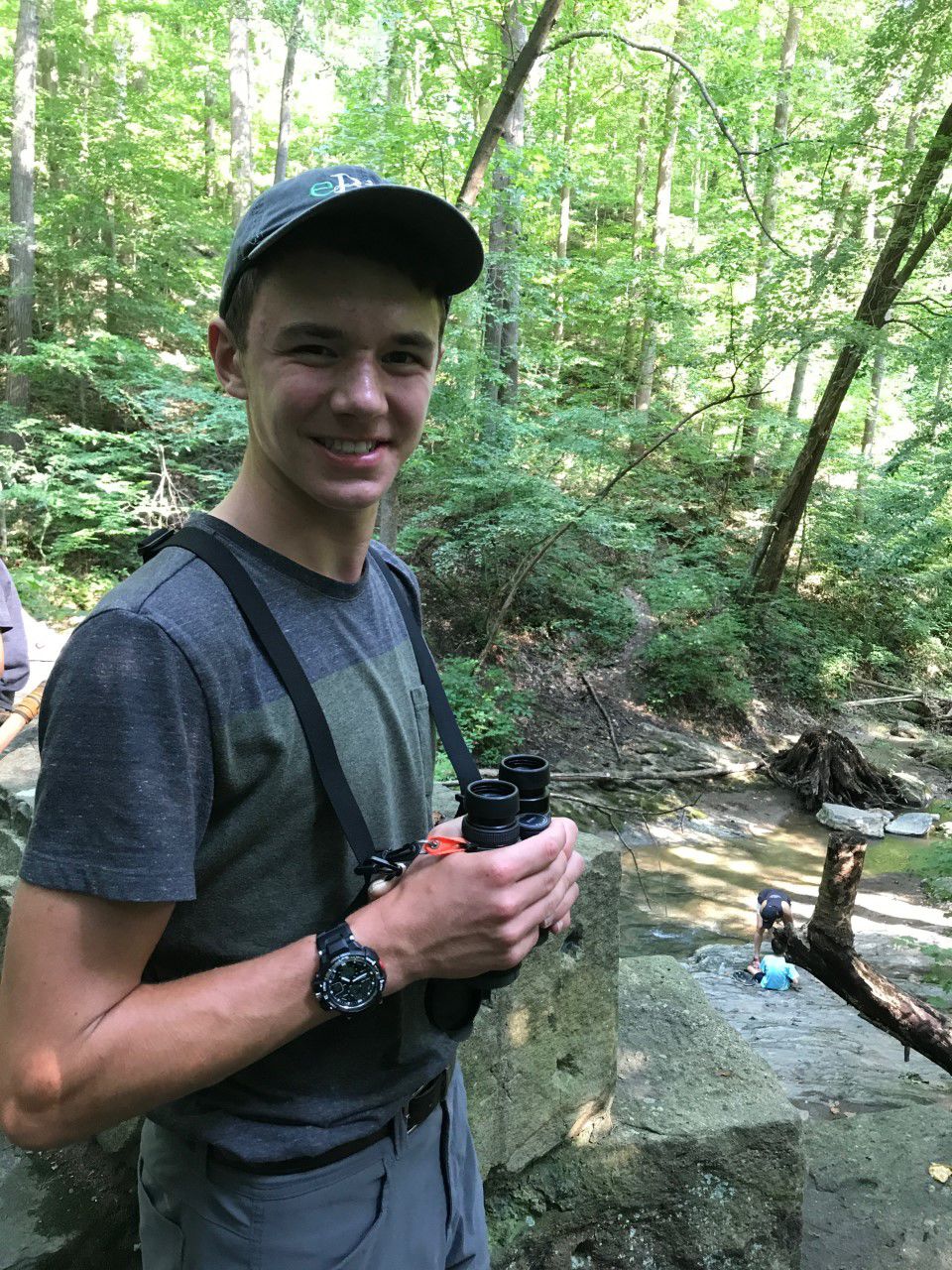 Even if you don’t know a birdwatching life list from a life preserver, you may find Lancaster County’s first Bird-A-Thon on Sunday, Sept. 22, a heckuva good time and a worthwhile cause to boot.

The Lancaster County Bird-A-Thon is like a fundraising walkathon, but instead of paying for miles walked to a charity, you are roaming around the county identifying birds and pledging to pay for each species identified — any bird, anywhere, whether sitting on a fence in your backyard or floating on the Susquehanna River. You can pledge any amount for the bird species you find, even 50 cents.

You can make the ID either by sight with a birdwatching guide in hand, or by the bird’s call, if you’re versed in such things. No one will be judging your skill level.

“It’s open to all nature lovers,” says William Young, the 15-year-old Willow Street birder who created the event to raise money for conservation. “Anybody from a lifelong birder to someone who started a couple weeks ago.”

In the contest, teams of four to eight can travel anywhere in Lancaster County during a 24-hour period, starting at midnight. How much time you spend afield is up to you.

Money raised will benefit the Lancaster County Bird Club, which has been active in preserving bird life in Lancaster County since 1937, as well as the American Birding Association. A certain percentage of money taken in will be donated to an organization chosen by the team spotting the most bird species. Young is hoping to line up prizes for the contest.

Even as a teen, Young is a skilled birder. He developed a keen fascination and wonder for birds when he was 7 years old, encouraged by his grandfather, Peter Runge, an avid birder.

His gotcha moment came when he spotted a yellow warbler, a dainty and beautiful bird that migrates through the area to and from the tropics. He recognized the bird because it was on the cover of a Kaufman Field Guide. He started flipping through the birdwatching bible and was hooked.

“I love how birds are all around us,” he says. “Anyone can learn about birds.”

Young is working on a book about his birding role model, the late Theodore Parker III. Parker, from Lancaster, was considered one of the finest ornithologists ever and could identify 4,000 birds from their calls alone. He died in a plane crash in Ecuador in 1993 while studying tropical birds.

Though he takes his birdwatching very seriously, Young likes to participate in the “friendly game” side of birding.

Like most serious birders, Young has a life list, a written-down tally of all the bird species he’s seen over his life. Currently, it stands at 436, a search that has taken him all over the Eastern Seaboard of the United States, western states and, just a few weeks ago, a trip to Central America.

He also has done several “big years,” in which birders try to find the most birds from all over the world in a single year. The obsession of some birders was covered humorously in the 2011 movie “The Big Year,” with Steve Martin, Jack Black and Owen Wilson.

The movie is not too big a stretch for some extreme birders, Young says. “Some people go out and leave jobs and families and all concerns and watch birds with abandon.”

Young has not yet been a globetrotter in the contests, but in 2016 he tallied 211 species. This year, he’s up to 327 species from nine states and Central America. “It’s a fun little game to play,” he says.

Those who sign up for the local Bird-A-Thon should have no shortage of bird species in the field. On most days, there are about 50 to 60 species of birds in Lancaster County this time of year. A fortuitous wild card would be if a cold front comes through with northerly winds. That would push birds migrating south to drop down, seek shelter and regain energy, likely doubling the number of possible species.

To learn more about the Bird-A-Thon, including rules and how to sign up, visit sites.google.com/view/lancastercountybird-a-thon/home.

3 billion birds gone in our lifetime; here's what you can do to help [column]