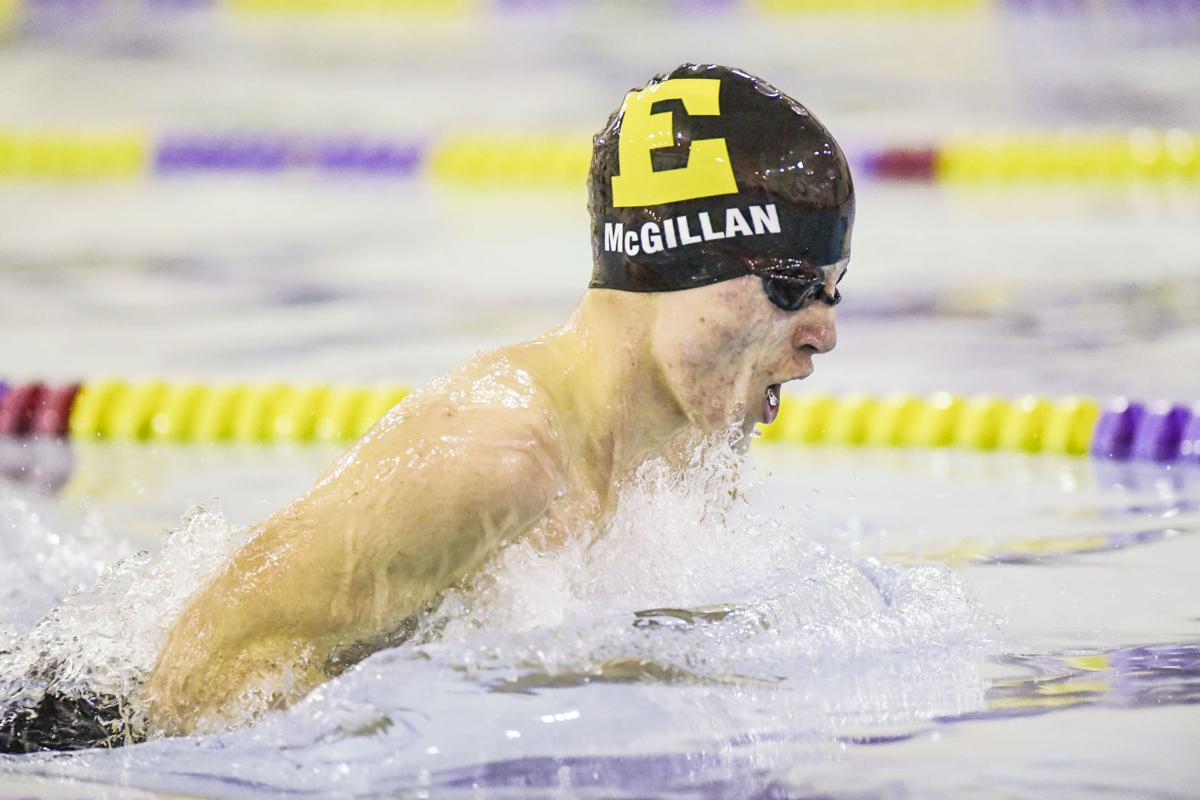 Thomas McGillan of Ephrata swims to victory in the boys 100 yard breaststroke against McCaskey during an L-L League season-opening swim meet at the Ephrata Rec Center in Ephrata on Tuesday, December 10, 2019. 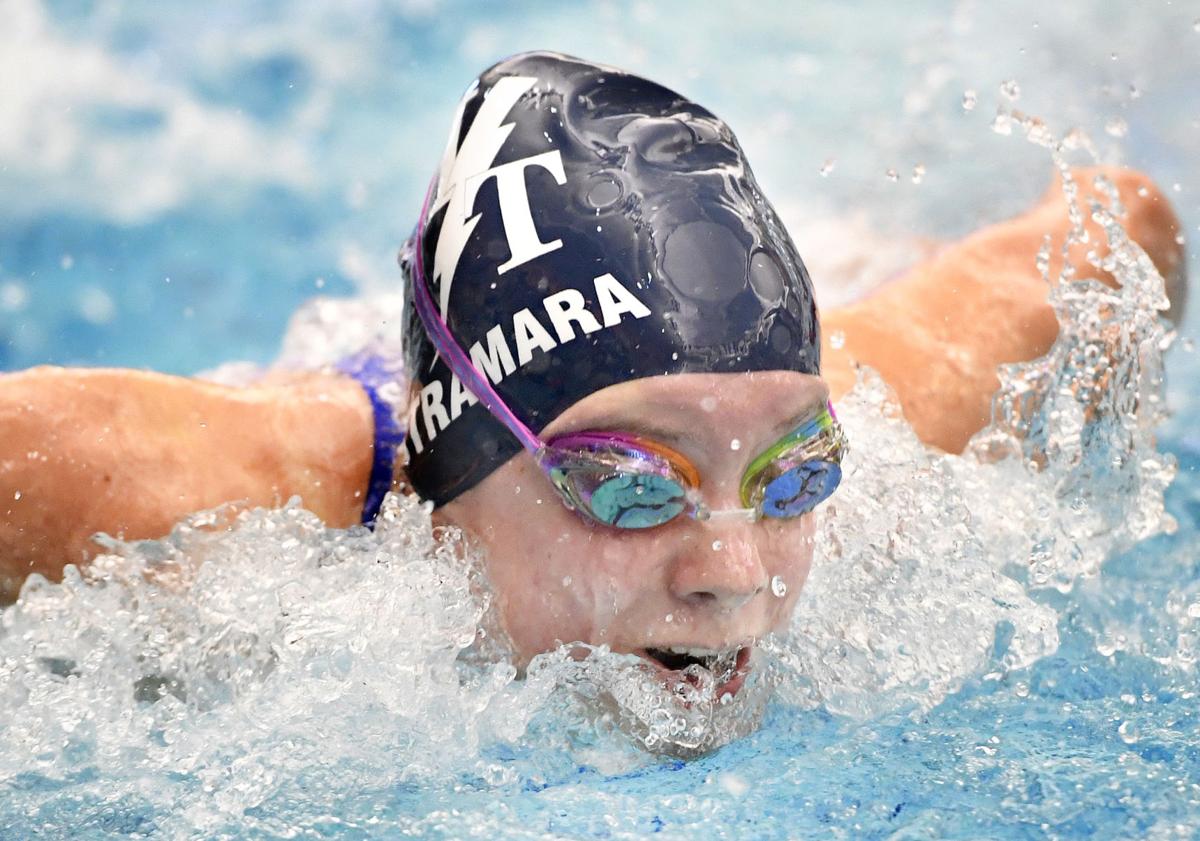 Thomas McGillan of Ephrata swims to victory in the boys 100 yard breaststroke against McCaskey during an L-L League season-opening swim meet at the Ephrata Rec Center in Ephrata on Tuesday, December 10, 2019.

LEWISBURG — It was a night of record-breaking finishes at Bucknell University on Wednesday.

Ephrata's Thomas McGillan made sure to get in on the fun, breaking the school record in the 50 freestyle not once, but twice to finish 12th in his state debut. The junior was one of just two Lancaster-Lebanon League swimmers who returned to Kinney Natatorium for the evening finals.

The boys meet started off with a pair of close events before McGillan stepped onto the blocks for the consolation finals of the 50 freestyle. After already dropping 0.21 seconds from his seed time to break the Ephrata record in the prelims, the senior shed another 0.06 seconds to set the new Mounts' pace at 21.38.

“I was just happy I broke the team record and dropped time from this morning,” McGillan said. “I was happy with my time this morning. If I didn't make it to finals, I still would have been happy.”

Ephrata’s Thomas McGillan (pink in lane 7) finishes 4th in the B Final of the 50 freestyle. The junior’s time of 21.38, a drop of 0.06 seconds, puts him 12th overall. #PIAASwimming @GoEHSMounts pic.twitter.com/H3URSMv4XG

Then Brownstead brought the crowd to its feet.

The senior powered off the wall for the final 25 yards to win by almost a full second. His finish of 19.24, 0.31 seconds faster than the state record and 0.19 seconds ahead of the national mark, elicited a standing ovation from everyone in the pool as Brownstead waived in appreciation.

Brownstead went even faster on the anchor leg of the 200 freestyle relay, clocking in at 18.67.

“I’ve had that (record) in my mind for a decent chunk of the year,” said the senior. “I had it on my whiteboard. I’ve been training for that specific race.”

Wow, State College’s Matt Brownstead shatters both the PIAA (19.55) and national (19.43) records in the 50 freestyle! Senior clocks in at 19.24, earning a standing ovation from everyone in Kinney Natatoriun. #PIAASwimming pic.twitter.com/innGYo5ENr

After finishing eighth at states last year, Stramara stepped up to the blocks for the consolation final of the 100 fly on Wednesday. The sophomore stayed with the middle of the pack for the first 50 yards, but fell behind and couldn't catch up on the final lap, clocking in at 57 seconds.

Stramara also teamed with Brynn Magrini, Olivia Pyott and Faith Forman to finish 23rd in the morning prelims of the 200 medley relay (1:50.16).

The relay was one of eight L-L qualifiers that swam in the morning prelims, but didn't advance to the finals, with only one seeing a drop in time.

Hey Lancaster, show us your masks!

Here's how to make a no-sew face mask

Why Lancaster County can't get detailed information about coronavirus deaths

Police identify woman who who slapped, yelled at Shady Maple customers for not social distancing

LEWISBURG — Two Lancaster-Lebanon League qualifiers will be back for the finals on the last day of the PIAA Class 3A swimming championships.