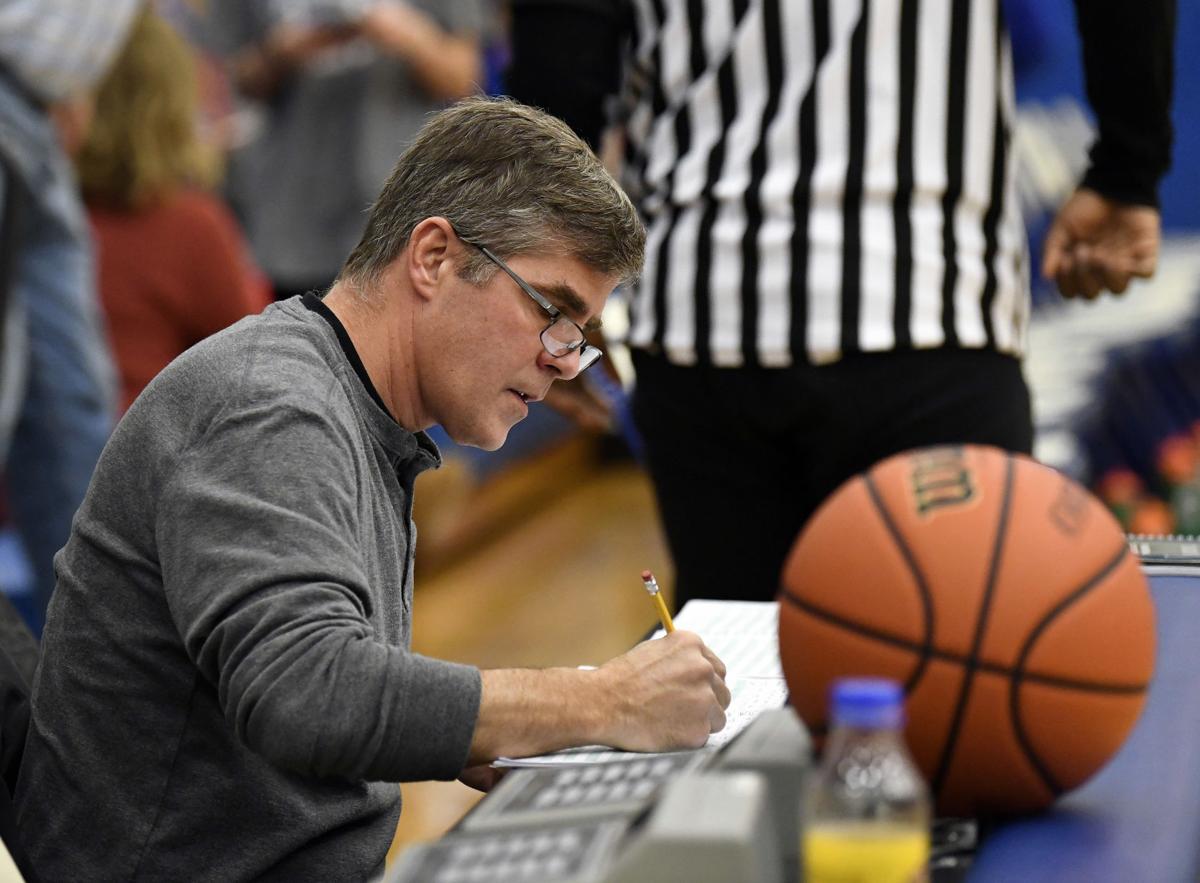 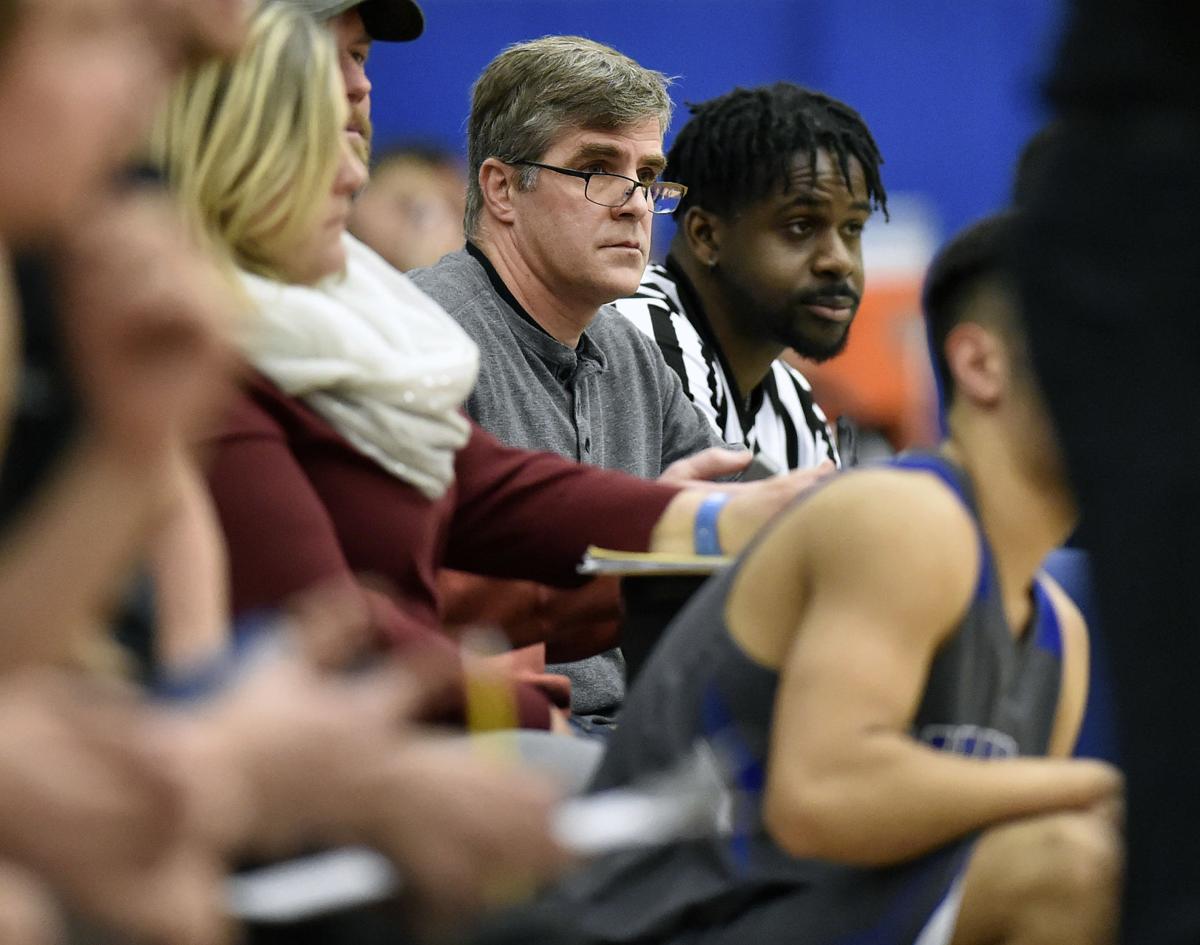 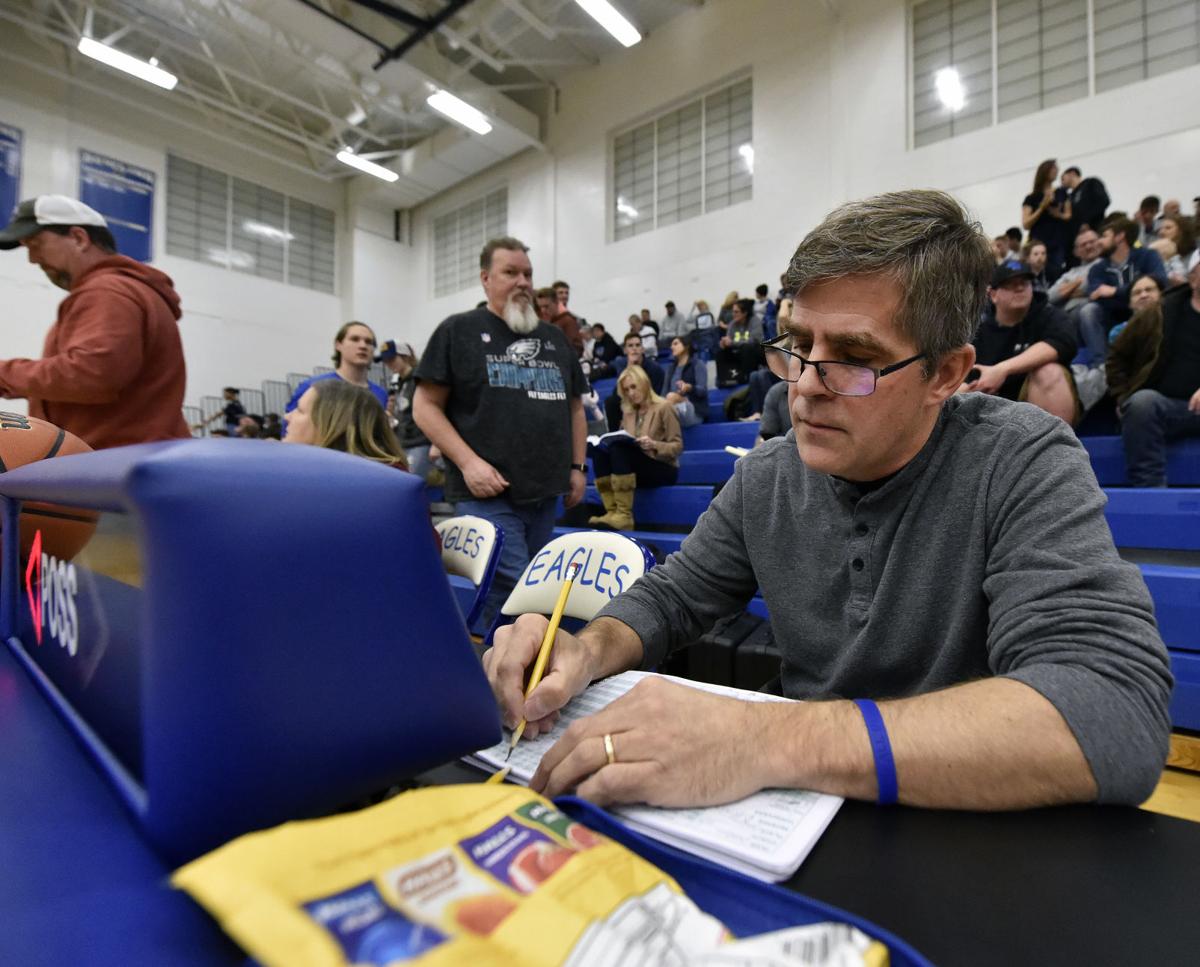 As the new Garden Spot boys basketball coach heading into the 2018-19 season, Nate Musselman was in need of a scorekeeper. The role involves overseeing the team scorebook during games — keeping track of the running score, shots made and missed for players on both teams, player fouls and team fouls.

After informing players and parents of the position, Musselman soon received a response from Beth Sharp, mother to Spartans players Matthew and Joseph Sharp.

“My husband, Dave, did the book for some of the JV games last year,” Beth Sharp said.

The only thing is, Dave Sharp is deaf.

“And if he’s going to be your scorekeeper, I don’t ever want the boys to have to interpret for their father,” Beth Sharp told Mussleman. “I just want them to be able to be who they are, to not be distracted and take their focus away from the game.”

So if Musselman had something to communicate, he and Dave Sharp would have to figure it out.

“And we do,” Musselman said recently. “There will be games where I’ll look at him, like if someone gets a foul, I’ll look at him and he’ll hold up a one or two. It’s just subtle things he and I have developed over the past two years.”

Now in his second season as the scorekeeper for the Garden Spot boys basketball team, Sharp also admits the role forces him to rein in his fandom, as scorekeepers must remain neutral to what’s happening on the floor.

“Sometimes it’s best for me to sit at the scorers’ table so I stay calm,” Dave Sharp said during an interview before a game last week, with wife Beth translating. “If I don’t do the book and I’m in the stands, I’ll yell a lot.”

The Sharps’ older son, Matthew, was a senior starter on last year’s team. Youngest son Joseph was the starting point guard this year until he broke his hand Dec. 26 at Warwick.

A Philadelphia native and the son of a firefighter, Dave Sharp has been deaf since birth. He wasn’t able to communicate with his mother, father and three siblings until he was 8 years old.

“A lot of deaf people, when they’re diagnosed their parents don’t know what to do and how to communicate,” Beth Sharp said. “So he was 8 when his father discovered a mode of communication that could work for the family.”

Dave Sharp met Beth in the mid-1990s, when both were attending Gallaudet University, a college for the deaf and hard of hearing in Washington, D.C. She was pursuing a master’s degree after realizing a career in physical therapy wasn’t for her.

Gallaudet was one of five colleges Dave Sharp had attended by the time he graduated in 1999 from Temple University’s Ambler campus, a journey that involved both finding the right fit and some financial hardships. Soon after, he began his own cabinet-making business in Georgia.

“He doesn’t shy away from things,” Beth Sharp said.

Married in 1999, the Sharps now have three children, all of whom are bilingual in English and American Sign Language. The family has lived in Lancaster County since 2008.

“They actually signed before they spoke because it’s more natural for babies,” Beth Sharp said. “As same as you would say mommy or daddy, the kids would use signs.”

In her opinion, Beth Sharp feels her kids being bilingual has benefited in the classroom.

“Being bilingual has really helped because of all the kids have done really well with school,” she said. “There’s research out there to back it up, but being bilingual from birth has helped to some degree. For example, we’re always reading the closed captioning when we watch TV.”

Matthew Sharp was the valedictorian of Garden Spot’s Class of 2019, and Joseph Sharp has a 4.2 GPA, the brothers setting a good example for their 14-year-old sister, Amelia.

“If you ask our assistant coaches who are the headiest kids on the court, they’ll say Matt Sharp and Joe Sharp,” Mussleman said. “But the coolest thing is they are team-first guys. Both of them. If I could have 10 Joe Sharps and 10 Matt Sharps, I would take them in a heartbeat.”

“I like basketball and soccer a lot because they’re team sports,” Joseph Sharp said. “And I believe a lot in that. I’m usually a pass-first kind of guy.”

Before every game last season, Musselman notified referees that his scorekeeper is deaf, and thus encouraged officials to properly gesture the jersey numbers of players when informing the scorer’s table of a foul.

“I don’t really have a problem as long as the ref gestures the right numbers,” Dave Sharp said.

And it turns out he is pretty good at being a scorekeeper.

“Since he’s been doing it, he catches more mistakes like someone having an extra foul,” Musselman said. “Obviously because he’s deaf he can’t hear anything. So he has to rely on the visual. So I know our book is really accurate.”

What happens if either Sharp or Musselman must communicate about something?

“If he needs to he’ll get my attention and we’ll work it out,” Musselman said. “I’m so comfortable with him at that table I don’t even think twice about it. The cool thing this year was a lot of referees and guys and even the other bookkeepers know now. It’s awesome.”

Santa to visit Lancaster via firetruck Friday and Saturday; here are his routes

It's National Cookie Day! Two local experts chime in with tips on how to achieve the perfect Christmas cookie

Pennsylvania lawmakers cannot overturn the results of the election [column]

Pet of the Week: Sybil is a smart Lab mix

With less than three weeks remaining in the boys basketball regular season, a dozen Lancaster-Lebanon League teams, as well as four other Clas…

Tuesday marks the final night of the Lancaster-Lebanon League boys basketball regular season competition. And of all the Tuesday matchups, one…

This boys basketball notebook was originally planned to be published in the days after Lancaster Catholic, the lone remaining Lancaster-Lebano…

The grass field in Garden Spot High School’s main athletic stadium has presented several challenges for its various sports teams over the years.

With his pro basketball career currently on hold due to the COVID-19 pandemic, Garden Spot alum Todd O’Brien found himself driving past New Ho…