A fence stands out amid new snow in Lancaster County Central Park. 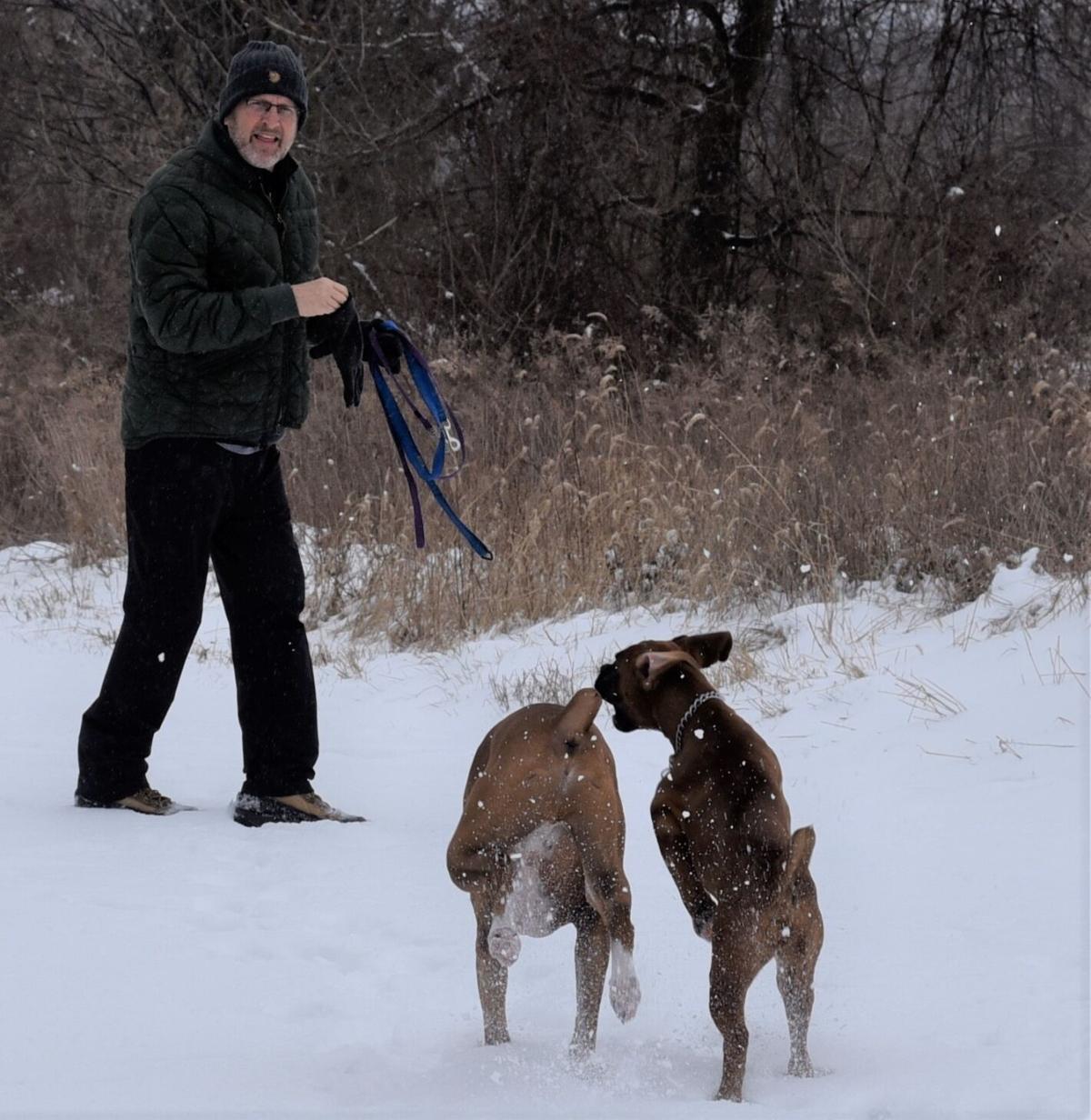 Bill Dinger, of Lancaster, was nearly as excited as his two boxers to get a heavy snow in Lancaster County. 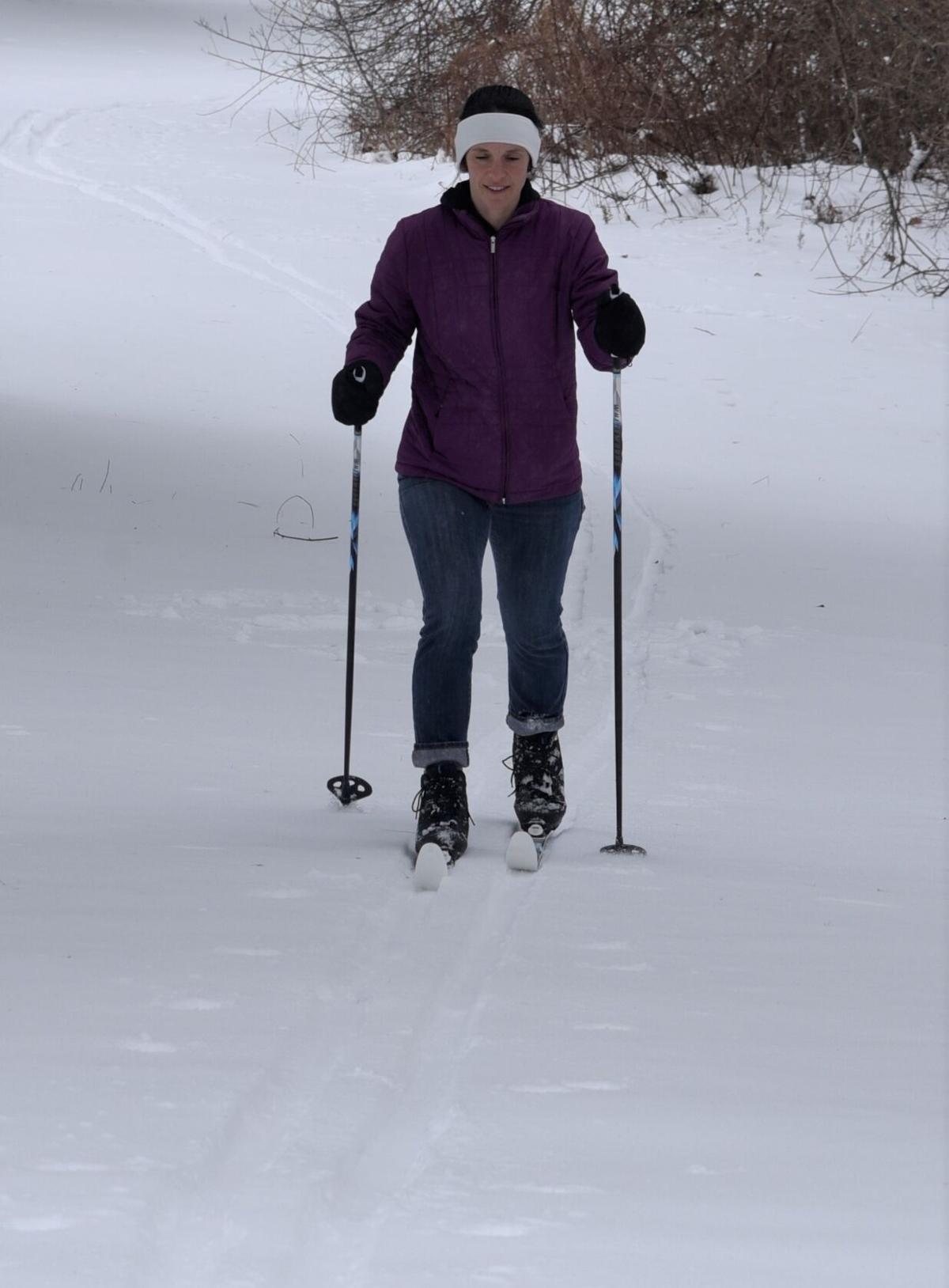 Mindy Hoover, of Lancaster, enjoying the recent snow on her cross-country skis.

A fence stands out amid new snow in Lancaster County Central Park.

Bill Dinger, of Lancaster, was nearly as excited as his two boxers to get a heavy snow in Lancaster County.

Mindy Hoover, of Lancaster, enjoying the recent snow on her cross-country skis.

Finally, all us snow lovers had a good ol’ fashioned snow dump to satisfy our pent-up cravings. We got to watch it pile up over two days, flakes sifting through tree branches outside our windows by day and lit by streetlights at night.

With apologies to anyone with a stiff back from multiple shovelings or crushed bumpers on the family car, it was glorious. What with an anemic 1 inch all of last winter and no snow in January this winter, you can’t blame us for rejoicing. (Yes, I know we had 10 inches of short-lived white stuff in mid-December, but we were not yet in snow anticipation so that doesn’t count).

A good snow packs them in at my birdfeeders. At one point Monday afternoon, I had 13 male cardinals in and around the feeders, festooning the trees like Christmas ornaments.

Then I don layers of clothing and head outside to actually be in the snow. Entering a closed-off road in Lancaster County Central Park, tracks tell me only deer and someone with a dog has gone before. I decide to track down this fellow snow lover.

It feels good to hear the muffled sounds of boots on snow again and snowflakes tickling my neck.

I lose my quarry’s tracks along the side of a plowed road but soon spot a lone deer snuffling the snow at the base of an apple tree. I make my way cross-country to the highest point in the park and find other humans tromping around.

One is Bill Dinger, in tow with his two bulldogs. He and his wife moved back to Lancaster after 25 years away in New Jersey, and they enjoy the park at least twice a week. The snow is hardly an impediment.

“The snow is a special treat for us,” Dinger says. “We just like Nordic sports. We have a summer home in Minnesota and we’re going there in two weeks. Yesterday was my wife’s birthday, and when I asked her what she wanted, she said snow.”

A little farther up the trail, Mindy Hoover is wrapping up a foray on her new cross-country skis. She and her partner have had to travel to Vermont and West Virginia in recent winters to find snow so today is a thrill.

“It just looks clean and a nice change of pace,” says the physical therapist from Lancaster when I ask her what she likes about a snowy landscape. “I like the seasons, and snow is part of that.”

And here comes Heather Wardwell, who grew up in New Jersey’s Pine Barrens and loves wildness and snow. “We will never move anywhere where it isn’t like this,” the Lancaster resident says. “Variation is great. Just to be able to come out here and enjoy the peace and quiet and the beauty is definitely a highlight.”

Wandering along by myself now, I realize anew how important the edges where woods and fields meet are to wildlife. Deer have constantly veered off the trail to browse for food. From matted humps of weeds and fallen branches, birds emerge to check out my trespassing. I notice several dark-eyed juncos, appropriately nicknamed “snowbirds” because they migrate here from the North Country when snow arrives, or at least is supposed to.

Sleet begins to fall, hard and noisy and slanted. It’s not a tranquil winter landscape anymore. The sleet pelts my face but it is invigorating, a wildness of its own.

Walking beside a cliff, I notice movement. The torrent of sleet is running down the rock face, creating little waterfalls and carrying twigs and leaves in its wake.

I call it a “sleetfall” and am quite pleased with myself.

2 inches of snowfall in Lancaster on Sunday, more snow is likely this week

Lancaster County saw as many as five inches of snow fall Sunday, according to a meteorologist with the National Weather Service in State Colle…

While massive increases in trail use across Pennsylvania led to plenty of wear and tear on the trails, it also “became a bright spot in an oth…

Keeping the curb ramps clear of snow and ice: Whose responsibility is it? [Lancaster Watchdog]

How might a new PA doe-tag system work, and would it be better?

Awakening senses and bonding in the winter woods

DRIFTWOOD, Cameron County — Around what bordered on a bonfire, munching elk sausages, our tents on a mattress of deep snow amid a house-size “…