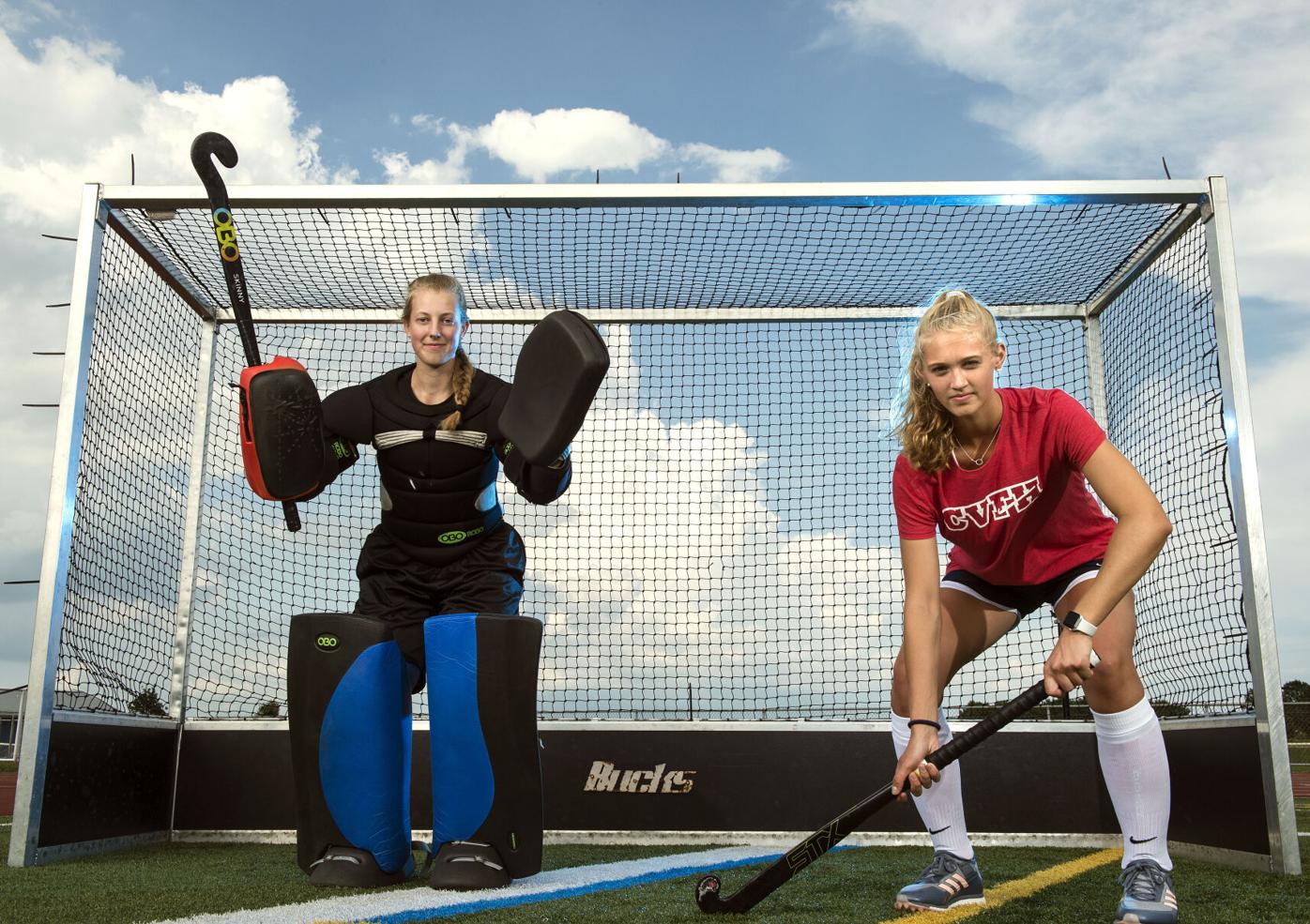 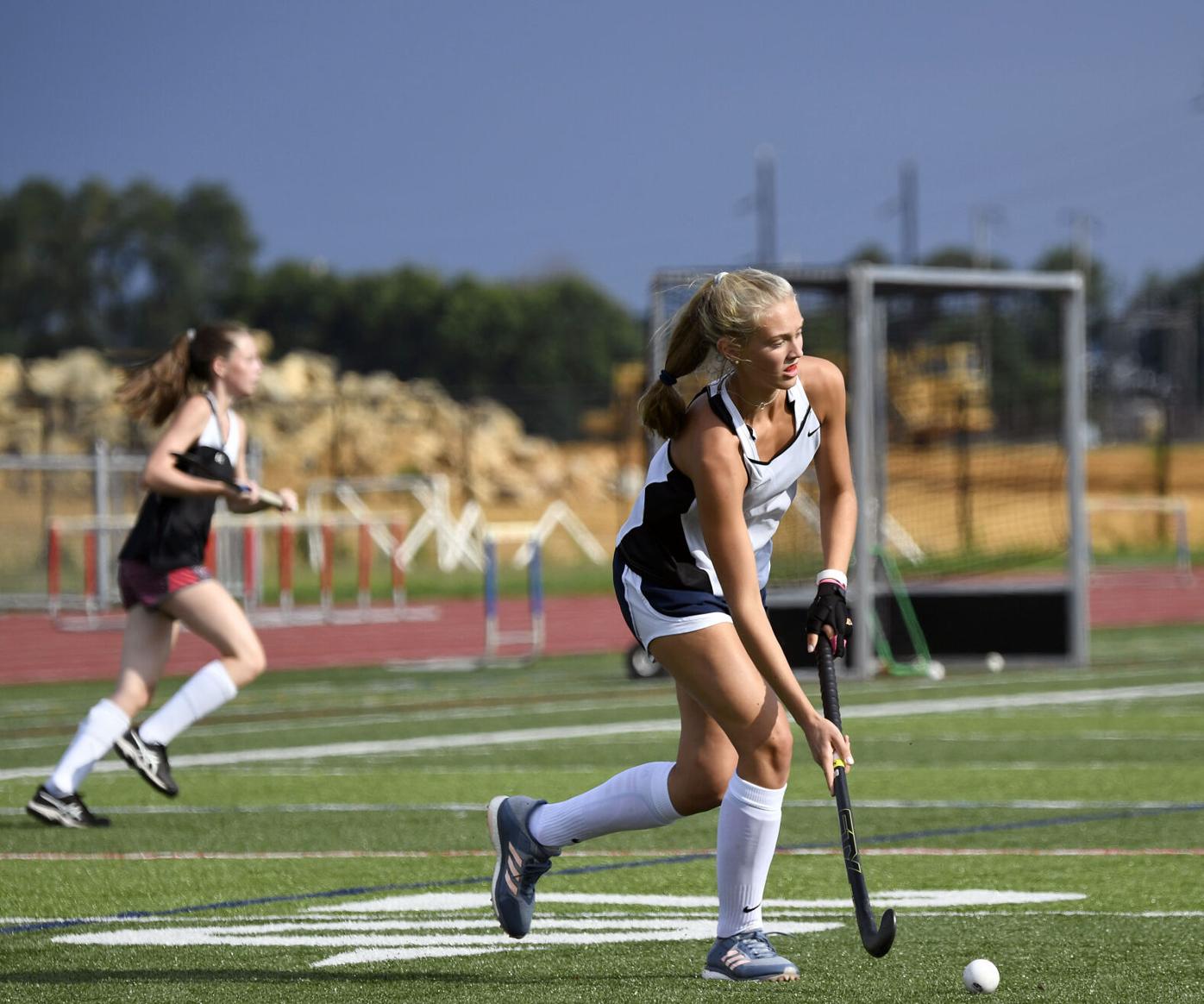 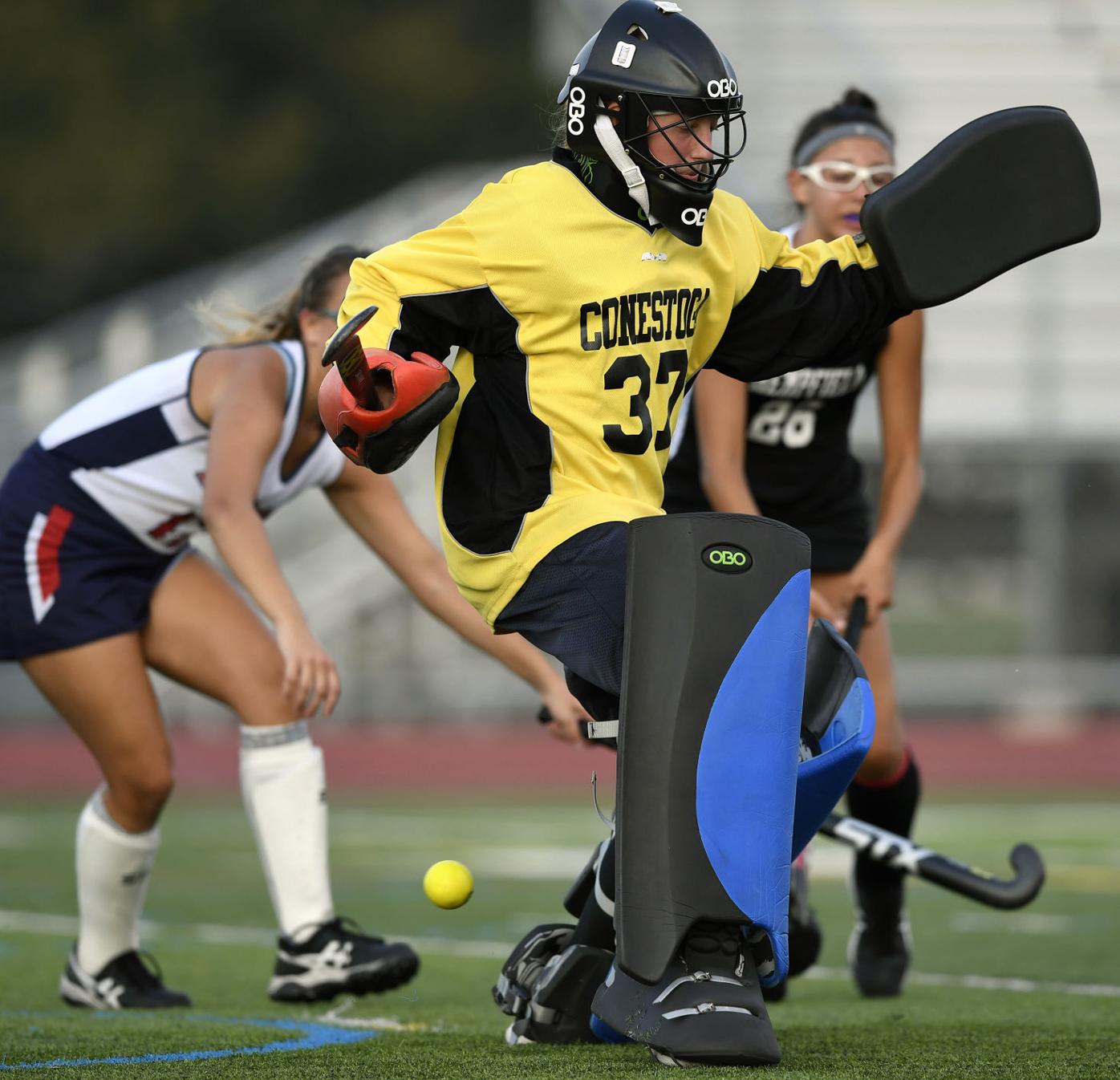 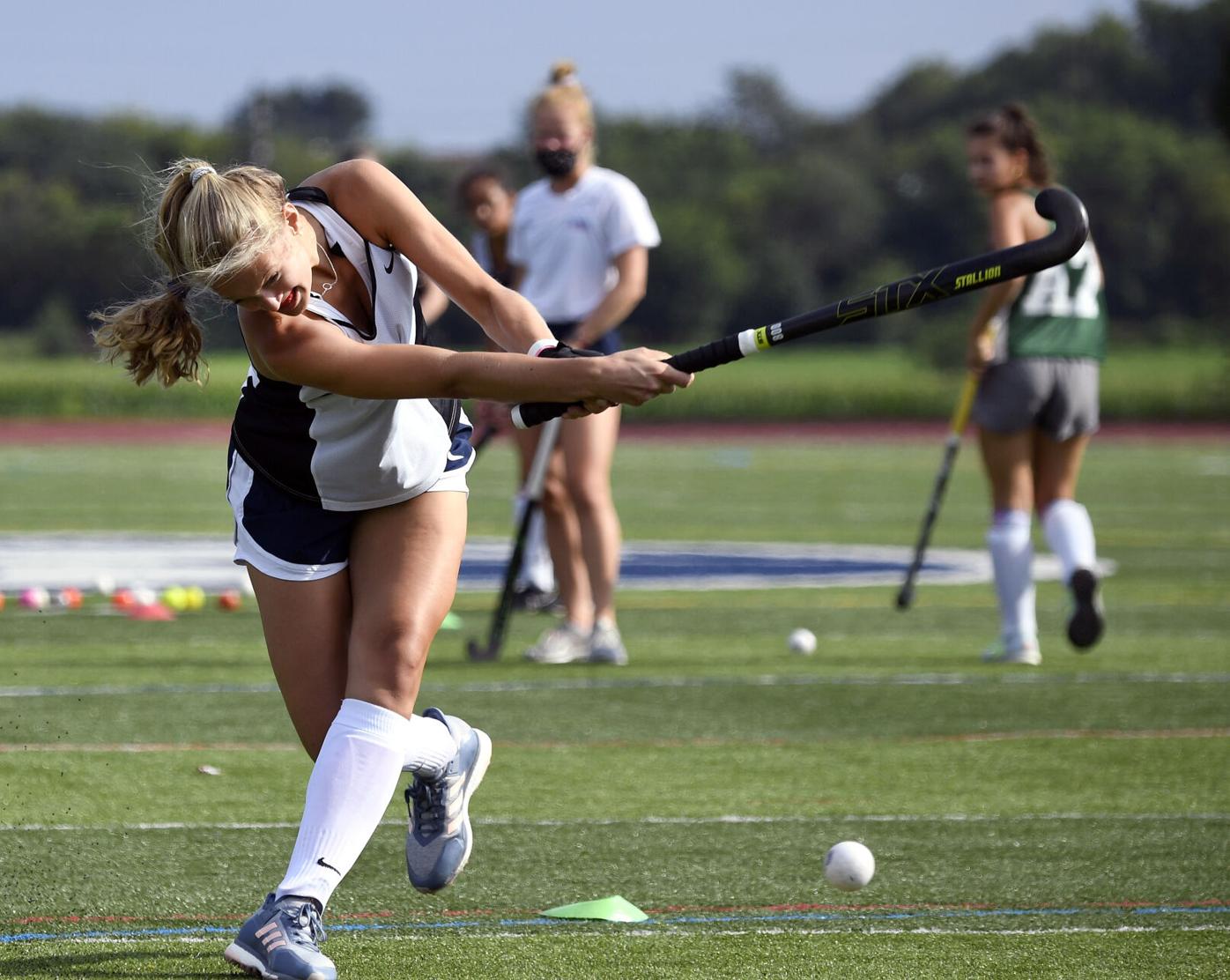 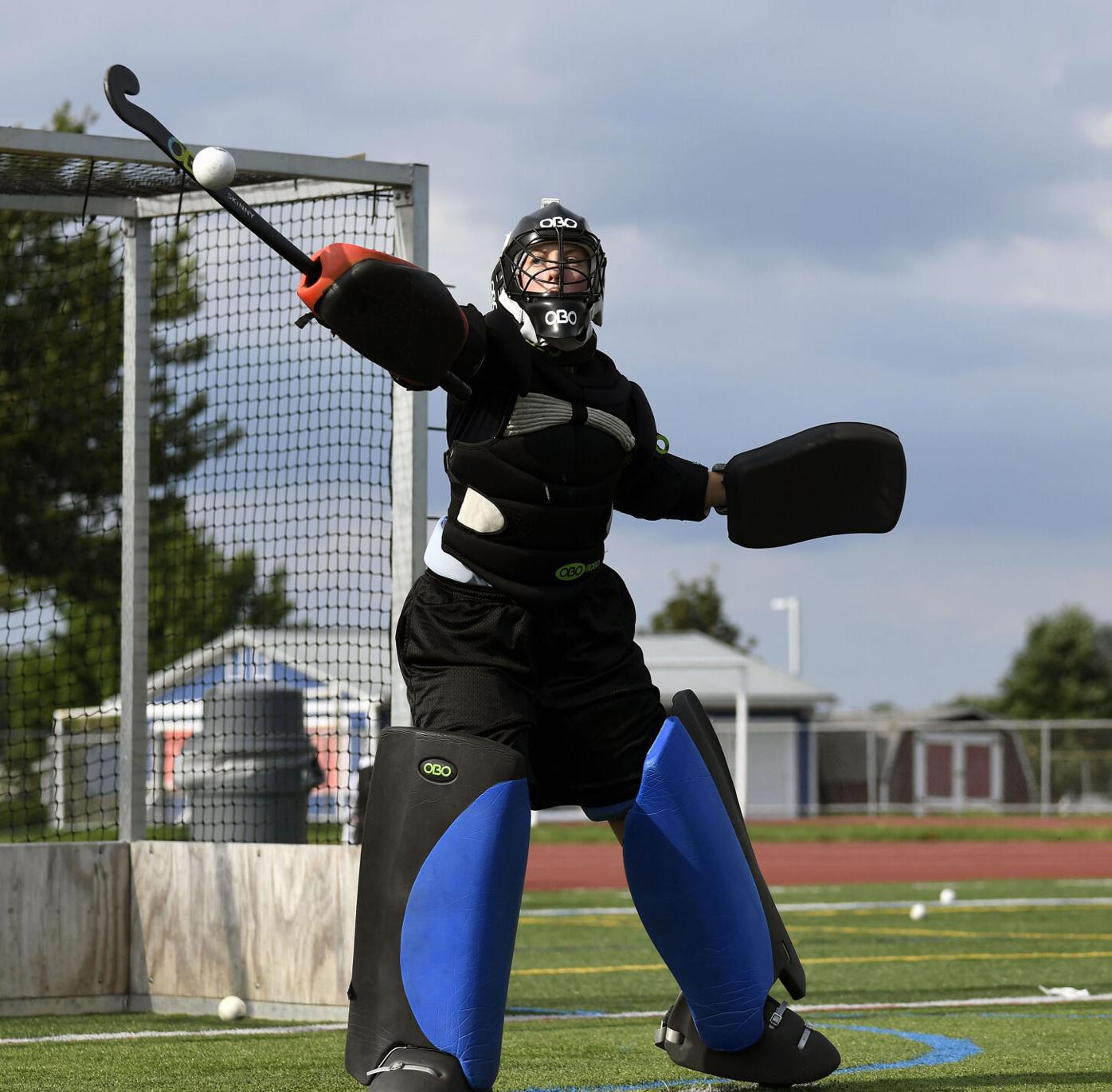 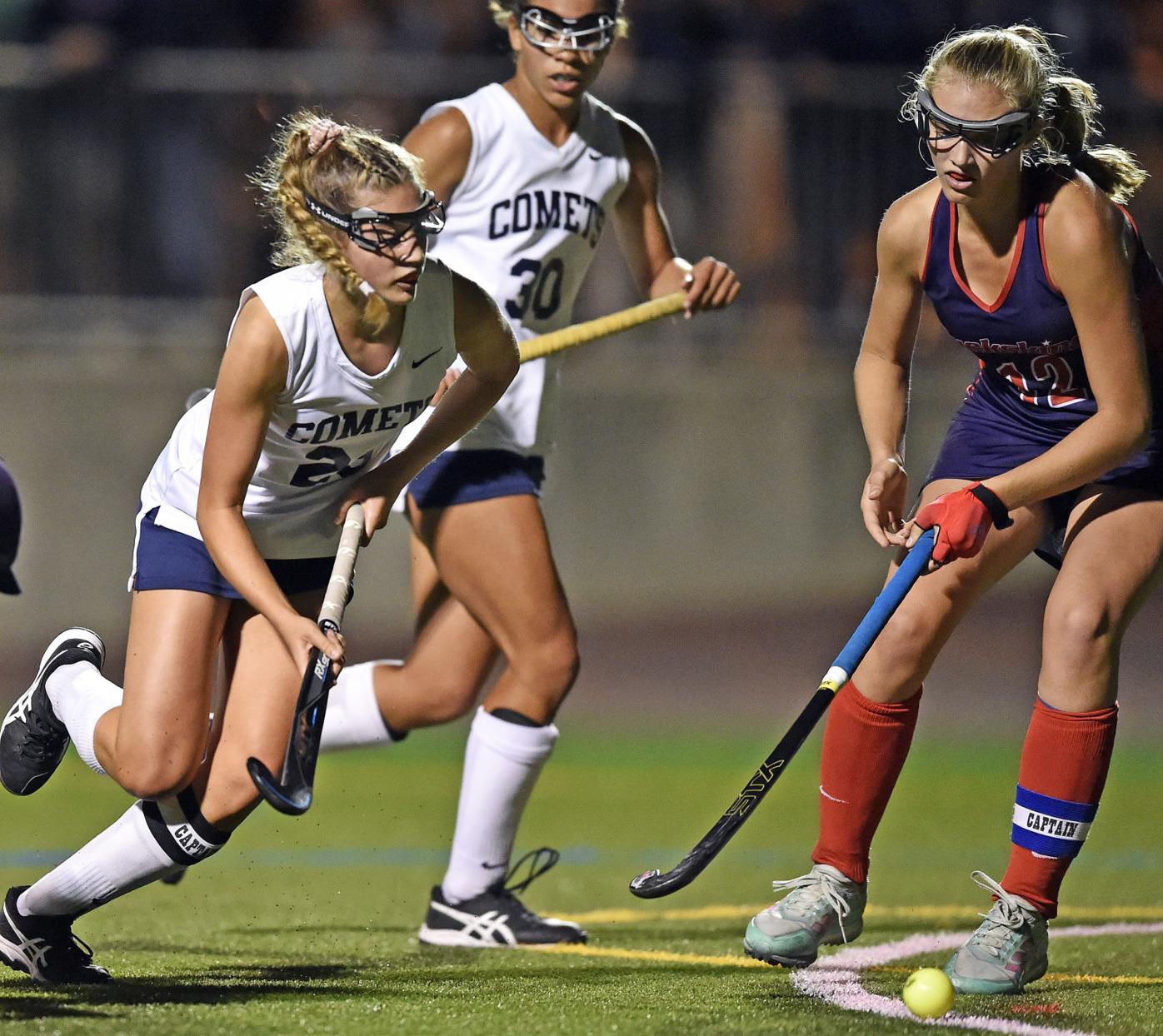 Penn Manor's Anna May Barbusca (28) works the ball towards the goal as Conestoga Valley's Isabella Silvaggio (12) defends during second half action of an L-L section 1 field hockey game at Comet Field in Millersville Thursday October 10, 2019. 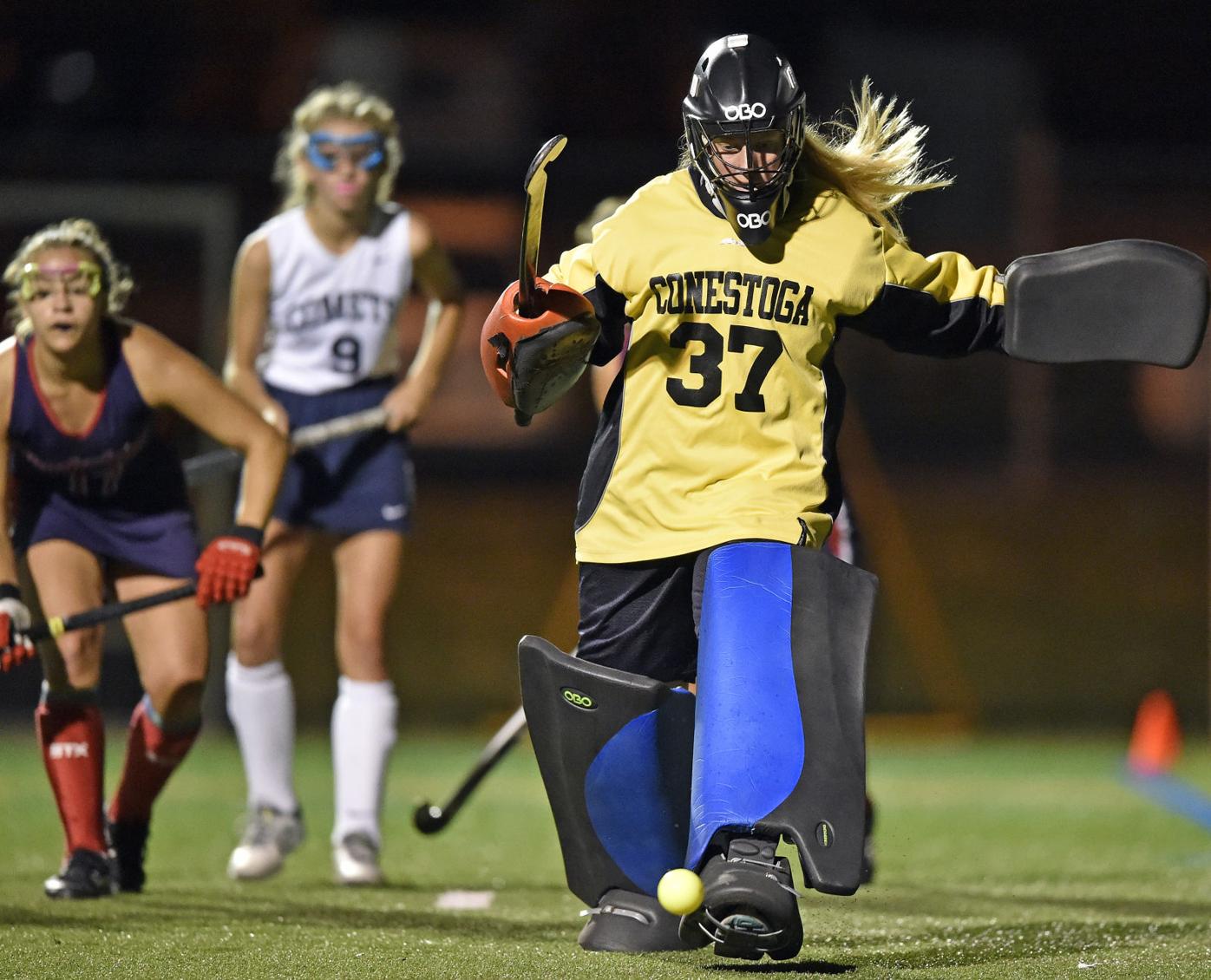 Conestoga Valley goalkeeper Brooke Eberly (37) kicks a shot away against Penn Manor during second half action of an L-L section 1 field hockey game at Comet Field in Millersville Thursday October 10, 2019.

Penn Manor's Anna May Barbusca (28) works the ball towards the goal as Conestoga Valley's Isabella Silvaggio (12) defends during second half action of an L-L section 1 field hockey game at Comet Field in Millersville Thursday October 10, 2019.

Conestoga Valley goalkeeper Brooke Eberly (37) kicks a shot away against Penn Manor during second half action of an L-L section 1 field hockey game at Comet Field in Millersville Thursday October 10, 2019.

The trio of defenders in the back, plus the goalie. If your program is going to be successful, that group had better be on the same page, or else.

The Bucks beat Exeter in a first-round district game before falling to eventual state champion Wilson in the quarterfinals. In the league semifinals, CV fell to eventual L-L champ Lampeter-Strasburg. The Bucks also handed Penn Manor its first section loss since 2014 on the way to earning their first sectional gold trophy.

"People didn't see us coming," CV rising senior center back Bella Silvaggio said. "That was kind of our motto last year. Now that we've tasted it, we want more."

Silvaggio and Brooke Eberly, the Bucks' rock-solid rising senior goalie, were Section One all-stars, all-league selections and all-state picks for their defensive prowess last fall. They were key cogs in CV's success, and they're both due back to do more damage for third-year skipper Kelly Dearolf. Tack on returning back Lillian Buckwalter, and once again, the Bucks should cause a lot of headaches for opposing forwards with their buckle-down defensive play.

"Our communication was really good last year," said Silvaggio, who played offense early in her career, but settled in on defense last fall. "We all worked really well with Brooke in the back. It's always helpful when Brooke is talking; it makes all of us more comfortable, which makes it easier to help save a goal, or just get the ball out of the circle."

Eberly was kind of a late bloomer. She didn't start playing field hockey until the summer before her freshman year, and a couple of games into her ninth-grade season, she was summoned off the JV squad to make varsity starts because of an injury. Eberly hasn't been pried from her spot in front of the cage since.

"It's unbelievably crazy how quickly Brooke picked up the sport," Silvaggio said. "She got thrown into varsity games her freshman year, and I don't even know what we'd be doing without her. There are definitely games that we've won because of Brooke making saves — amazing saves."

Dearolf was quick to point out Eberly's save percentage last season — she batted away 87 percent of the shots she faced, tops among Section One keepers — and the Bucks' league-best fewest shots against total, which speaks to their overall defensive productivity.

"With Bella, her leadership and how she takes control in the backfield and how she helps get people where they need to be helped us be successful last year," Dearolf said. "The combo of those skills makes her pretty lethal. And with Brooke, she just makes so many hard saves."

All in a day's work, according to CV's keeper.

"I learned from watching other goalies around me, and from goalie camps and playing club," Eberly said. "Just seeing the different things other goalies do, and then kind of transferring it over into my skills. Communication is also a big thing. I thought our defense jelled last year, and if I missed something, someone else picked it up. We had each other's backs. That really helped with our success."

It helped in recruiting circles, too. Silvaggio, a National Honor Society member, the Student Council vice president and class secretary, has earned a scholarship to play for the University of Vermont, and Eberly is considering Indiana (Pennsylvania), Mansfield, East Stroudsburg, Shenandoah University and Pace University, among others.

"Bella and I, we even each other out," Eberly said. "If I'm not talking, she picks it up. If she's not talking, I'm kind of there to swoop in. She's really good at being everywhere. I don't think we could have done what we did last year without her. She's such a team player, and she gets everyone involved."

Everyone in CV's field hockey program is still on Cloud Nine after last year's success, as the Bucks, like everyone else across the state, are waiting word from the PIAA about the fate of their season.

"I can see the culture changing here, after winning the section and going to the league semifinals and getting to districts last year,” Dearolf said. "Now they want more. When they came through and got that section title last year, they finally saw that when you put your mind to it, you can do anything."

Before last fall, the field hockey banner hanging inside Lampeter-Strasburg's gymnasium was empty. No championships. No dates. Just a blank slate.