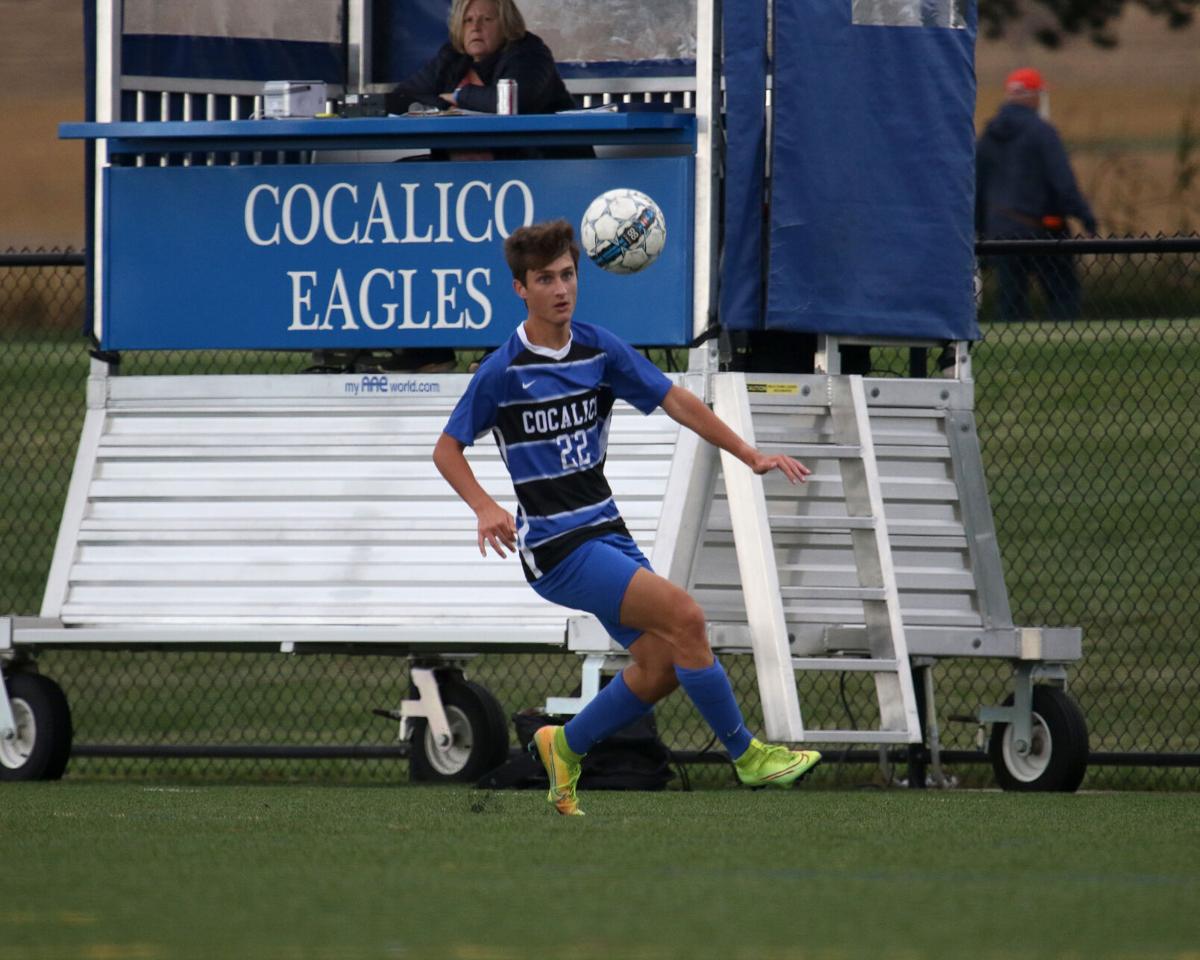 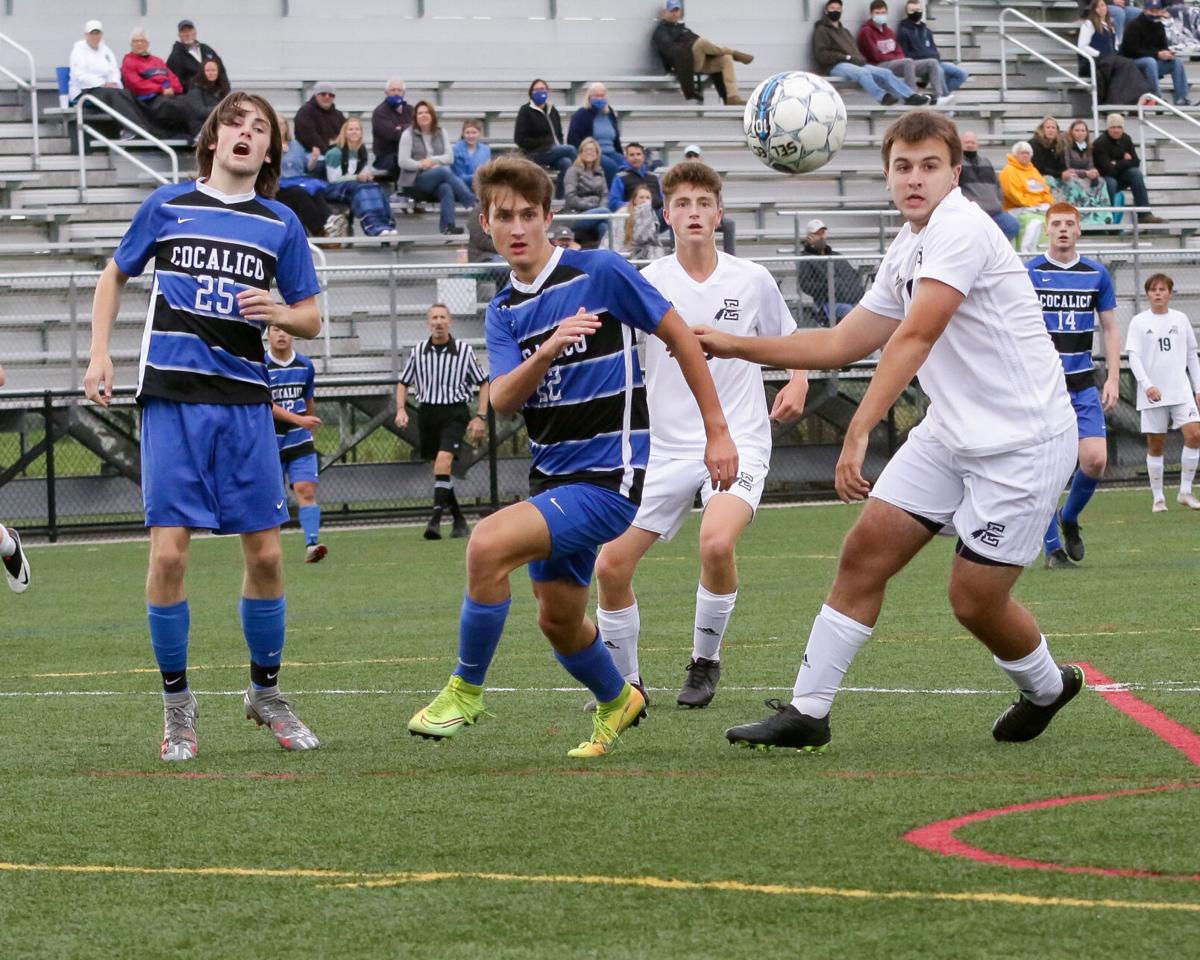 Cocalico sophomore Weston Martin, second from left, was a starting defender for the Eagles' boys soccer team this fall, while managing juvenile arthritis 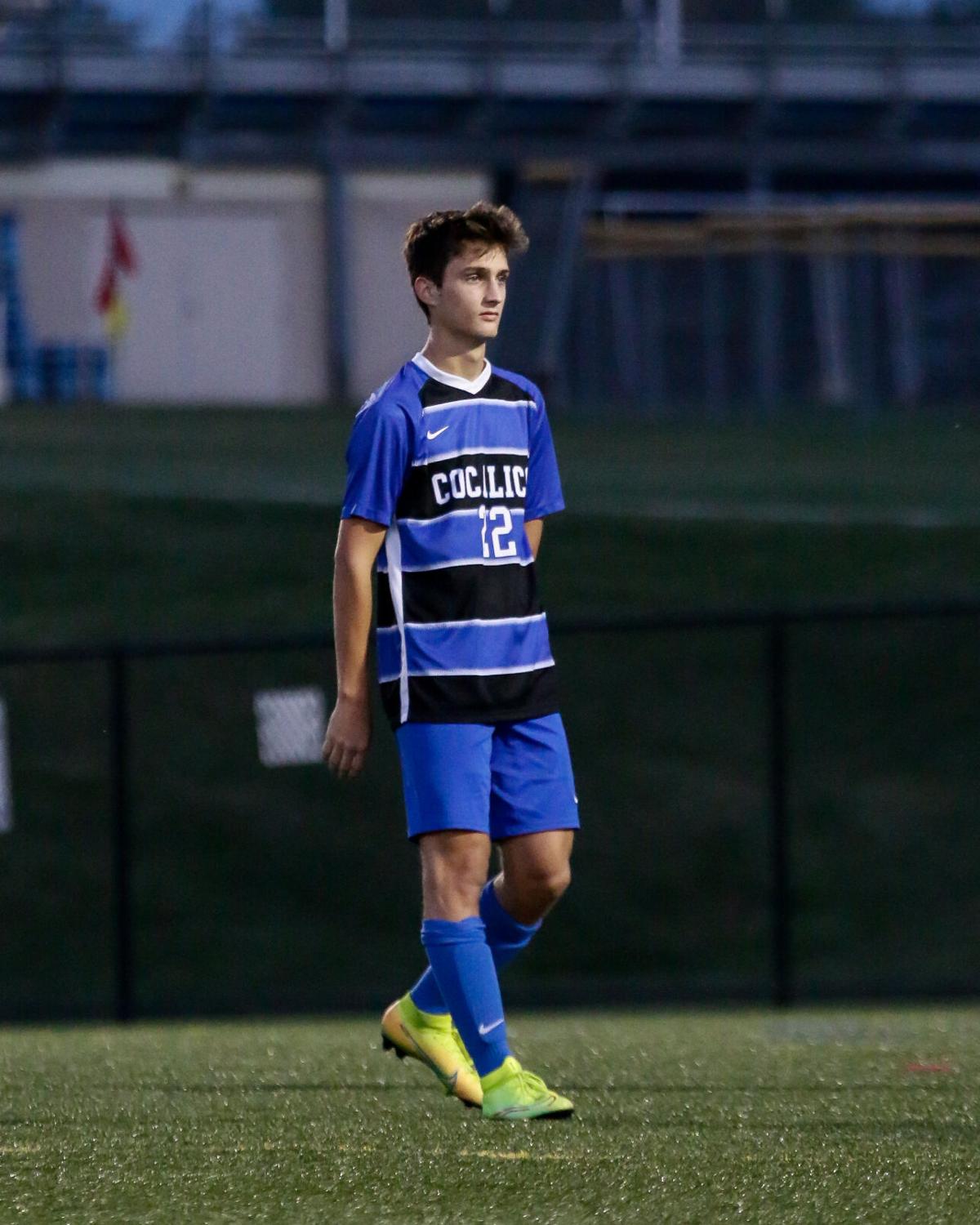 Cocalico sophomore Weston Martin, second from left, was a starting defender for the Eagles' boys soccer team this fall, while managing juvenile arthritis

Since January, Cocalico sophomore Weston Martin has had to give up Pop-Tarts. And pizza. And several other foods that contain starch, dairy and anything made with sugar.

“I mostly only eat meat, fruits and veggies,” Martin said.

The change in diet came about to help Martin better handle juvenile arthritis.

“Through research we found that lots of people don’t need medication if they don’t have any starch,” Martin said. “That hasn’t been quite the case for me. ...I still have to keep taking medication.”

He also had to manage his condition while on the varsity soccer field the last two seasons for the Cocalico boys soccer team. This past fall, Martin was a starting defender for an Eagles squad that won a third-consecutive Lancaster-Lebanon League Section Three crown, reached the L-L tournament semifinals and was on the bubble of the District Three playoffs, finishing 10-2-1 overall.

“Last year, I got my knees taped before games in order to help hold them in place so they wouldn’t hurt as much,” Martin said. “But wearing that made my shins hurt, and I got shin splints. I still take Advil before every game, and put IcyHot on my shins right before the game. After games or practice, I usually ice my knees and take a bath to loosen up my back.”

Juvenile arthritis is an autoimmune disorder that causes inflammation of the joints in children. In 2018, about 294,000 American children under age 18 had arthritis or other rheumatic conditions, according to the National Institutes of Health.

Martin was diagnosed with it just before the start of the 2019 soccer season, after noticing pain in his knees and back following voluntary summer practices. The condition is manageable, but only after finding the right combinations of treatment, which is still a work in progress for Martin.

“It’s changed a lot over the last year,” he said. “I now take a shot of Enbrel once a week in my stomach.”

Enbrel is a type of medicine that treats psoriatic arthritis.

“It suppresses the immune system,” Martin said. “So the body isn’t creating inflammation.”

Taking an immunosuppressant comes with risks, especially considering this past soccer season was played amidst the COVID-19 pandemic.

“It is risky,” mother Angie Diller said. “But thankfully a rheumatologist reassured us kids are still resistant against COVID when taking this immunosuppressant. Once we found that out, we felt much better (about letting Martin play soccer).”

Plus, physical activity helps Martin’s body manage his juvenile arthritis. Though, again, he’s still figuring out the right combination of medicine and diet.

“It has actually gotten worse since last season,” Martin said. “It’s more of a constant pain and random pins and needles in my back and knees, and also in my fingers, and it’s spread to other places.”

Though, it would be hard to tell Martin was dealing with such issues on the soccer field this past season.

“Some kids will cry at the smallest thing,” eighth-year Cocalico boys soccer coach Derek Sipe said. “He (Martin) is not that way at all. ... The kid is tough. He’s not going to complain about it.”

Martin has applied a similar mentality and work ethic in the classroom, where he holds a 4.2 grade-point average and has a passion for chemistry.

“I just think to myself I have to push through this,” Martin said. “I know that I can. It’s just really hard.”

“It’s very difficult to see your child in pain,” Diller said. “I’m always researching to see what more we can be doing to help him with his pain. I’m part of a couple of Facebook groups. It’s been a helpful community of people.”

Diller also likes to research success stories of others who have managed juvenile arthritis. Now, her son is among those.

There will be a Lancaster-Lebanon League winter sports season. It’s just going to look a little different than usual.