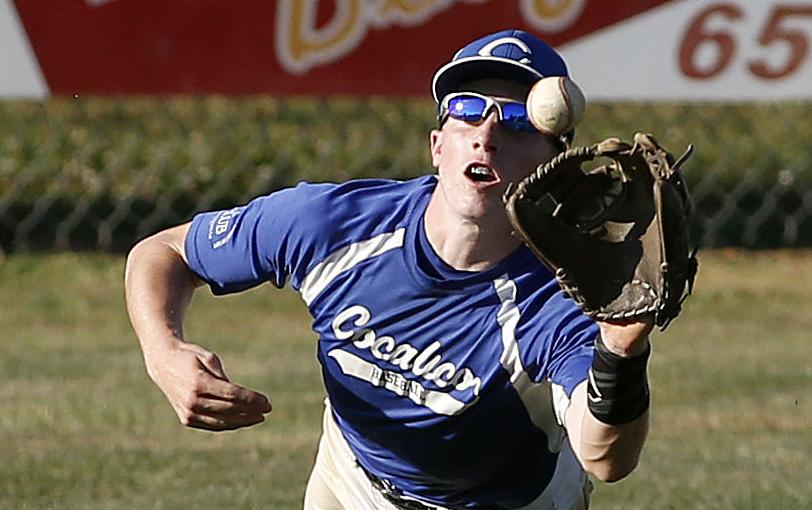 Cocalico Eagles center fielder Caleb Sturtevant (22) makes a diving catch for the out against the Mountville Angels during fourth-inning action of an LNP Tournament Junior-Midget second-round game at Kunkle Field in Mount Joy on Thursday, July 19, 2018. 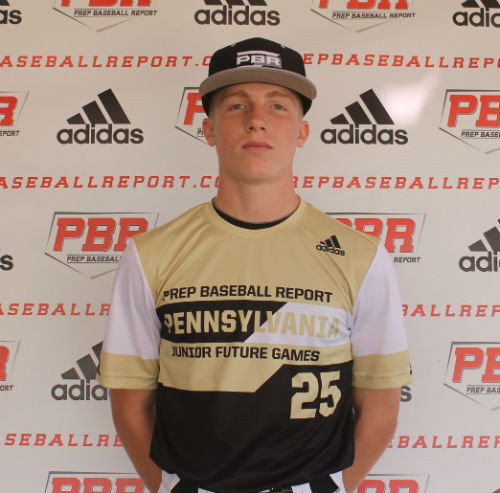 Caleb Sturtevant, a rising junior outfielder for Cocalico, has made a verbal commitment to the University of Pittsburgh in the Atlantic Coast Conference. 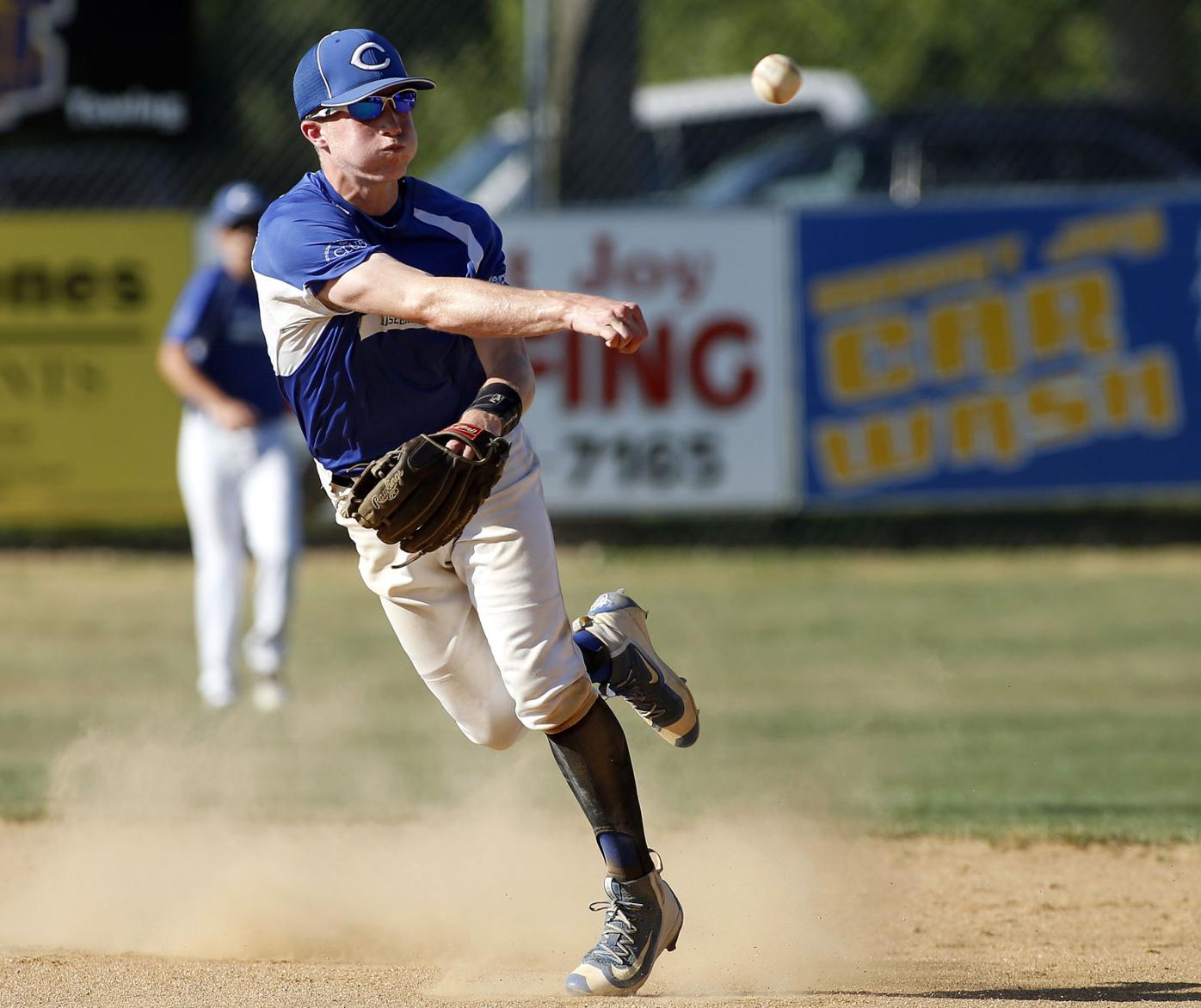 Cocalico Eagles' Caleb Sturtevant (22) makes the throw to first for the out against the Mountville Angels during first-inning action of an LNP Tournament Junior-Midget second-round game at Kunkle Field in Mount Joy, Thursday, July 19, 2018.

Cocalico Eagles center fielder Caleb Sturtevant (22) makes a diving catch for the out against the Mountville Angels during fourth-inning action of an LNP Tournament Junior-Midget second-round game at Kunkle Field in Mount Joy on Thursday, July 19, 2018.

Caleb Sturtevant, a rising junior outfielder for Cocalico, has made a verbal commitment to the University of Pittsburgh in the Atlantic Coast Conference.

Cocalico Eagles' Caleb Sturtevant (22) makes the throw to first for the out against the Mountville Angels during first-inning action of an LNP Tournament Junior-Midget second-round game at Kunkle Field in Mount Joy, Thursday, July 19, 2018.

Cocalico’s standout outfielder has been participating in Prep Baseball Report showcases and traveling all over the states repping a pair of travel teams since he was 11.

“I started playing baseball when I was 4 or 5,” Sturtevant said. “And I’ve never stopped.”

His baseball resume is bulging at the seams:

Twice Sturtevant has participated in USA Baseball tryout events, including a trip to California; he’s been to Indiana to play in the Future Games and in the Junior Games; there was a trip to Florida for the Super 25 National Championships, plus showcases in Georgia and New York; and more hardball events in Pittsburgh and later North Carolina.

And that’s just a sampling.

Sturtevant currently plays for the Keystone State Bombers out of Manheim, after a stint with the Nook Sports Academy squad. The Bombers play in tournaments all across the states, and are currently ranked No. 12 in the country by Prep Baseball Report.

Sturtevant had a hello-world freshman season for Cocalico in 2019, hitting .439 — 29 for 66 — with four doubles, a triple and nine stolen bases, plus a nifty .500 on-base percentage while knocking in 13 runs for the Eagles. Sturtevant earned L-L League all-star honors for his breakout ninth-grade campaign, which included a 5-for-5 day at the plate in a game against Northern Lebanon.

Now he’s headed to the Hall of Fame.

Sturtevant has been invited to participate in the Call to the Hall Showcase at venerable Doubleday Field in Cooperstown, New York. It’s a one-day event slated for July 21, and will include drills — 60-yard dash, exit velocity on outfield throws, fielding work, batting practice — and a nine-inning game.

The top performers there will be invited to the prestigious Super 60 Showcase later this summer in Chicago, where those players will workout in front of MLB scouts.

The Call to the Hall is an invitation-only event for rising sophomores, juniors and seniors who have committed to play baseball in college. Last August, shortly after wrapping up his successful freshman season for Cocalico, Sturtevant made a verbal pledge to the University of Pittsburgh, which plays in the Atlantic Coast Conference.

“Great school, great conference and highly competitive baseball,” Sturtevant said of Pitt’s program. “I knew it was a great fit for me.”

So he made a verbal commitment before his sophomore season, which ended up being canceled because of the COVID-19 pandemic this spring. Still, with his impressive resume, Sturtevant got the invite to Cooperstown.

“This will be my second pro workout experience, and it’s great knowing that I could possibly move on to the next level,” Sturtevant said of his forthcoming trip to the Call to the Hall event.

“I want to perform well there. This is huge and it’s a great honor. I’m usually the youngest kid in my class, so knowing that I could compete with the older kids would be an honor.”

Sturtevant’s first workout in front of pro scouts came last August in Manheim at the Keystone State Bombers pro-case event. There, Sturtevant worked out in front of reps from the Phillies, Red Sox and Padres, and he clocked the highest exit velocity on outfield throws as the youngest player in the event.

Sturtevant, whose baseball hero is Mike Trout, also went through a private workout session with the Padres, so he’s already on the professional radar, and he’ll be eligible for the MLB draft in two years.

Sturtevant has been able to stay sharp during the coronavirus hiatus; he and older brother Aiden, a rising senior and infielder for Cocalico, have a batting cage set up in their backyard, so they’ve gotten in their cuts.

Aiden Sturtevant participated in the PA State Games along with several other L-L League players in DuBois this past week, hoping to pick up some college scholarship offers of his own.

He will be one of the top returning strikers on the pitch in Lancaster-Lebanon League soccer this fall.