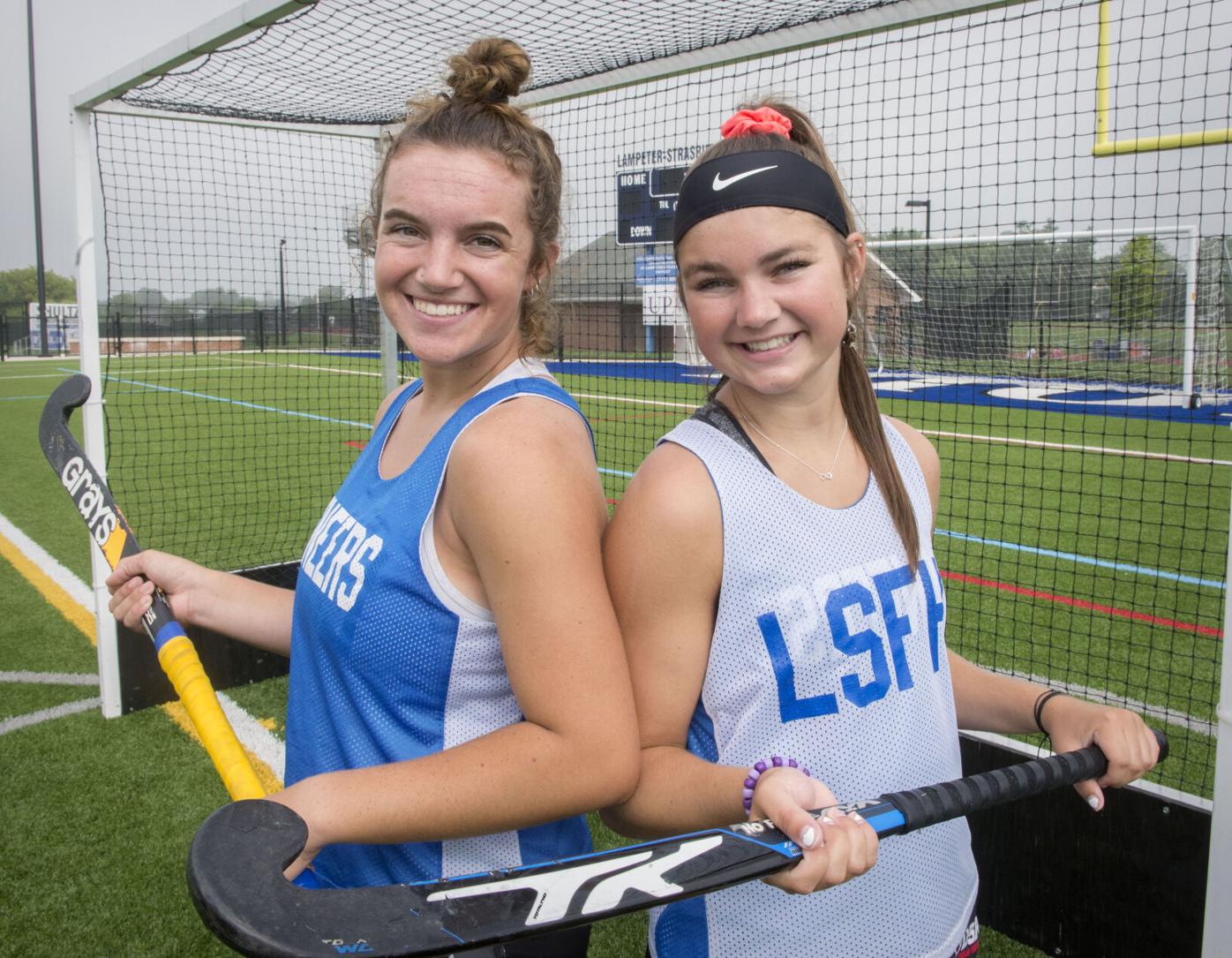 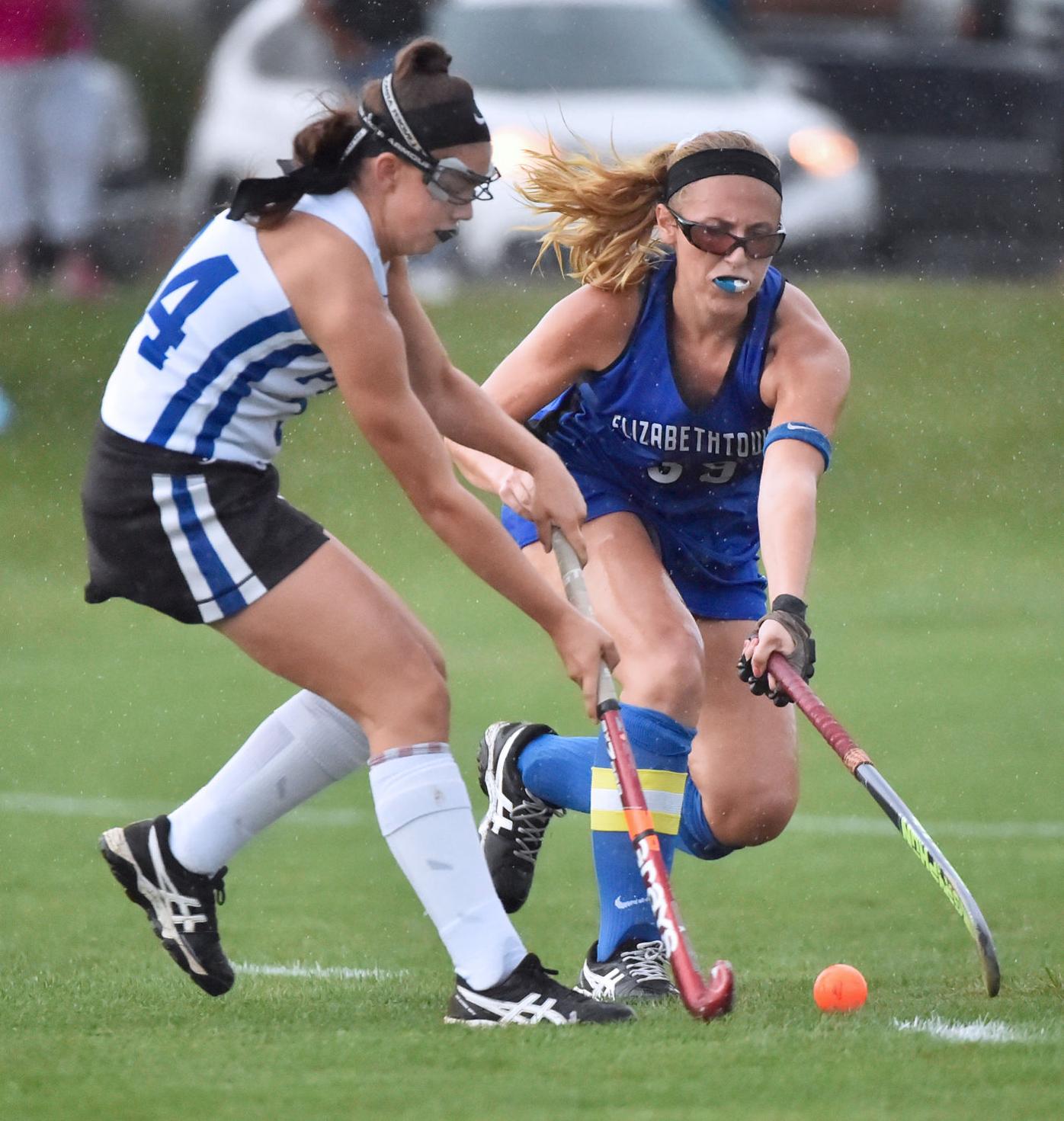 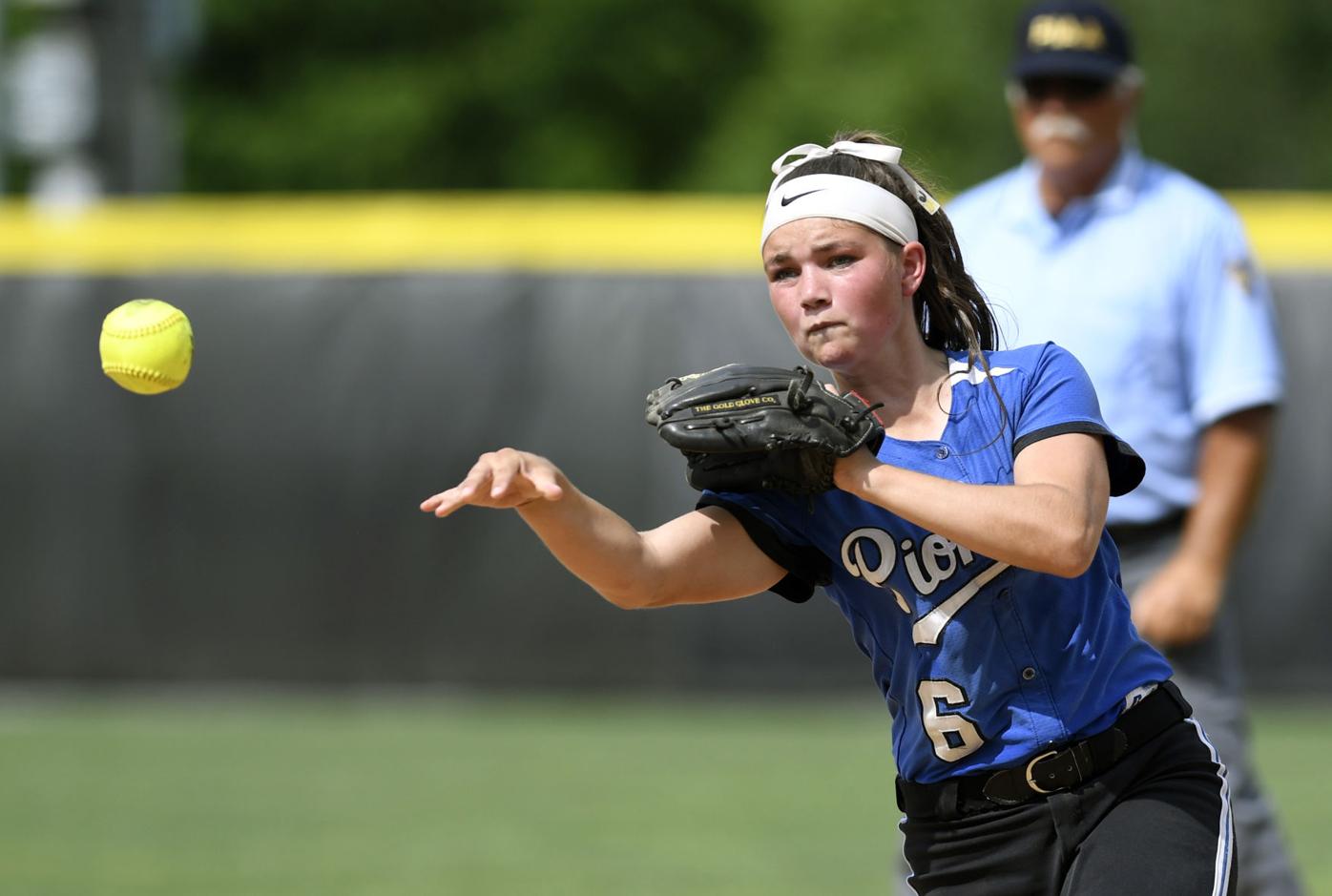 Lampeter-Strasburg second baseman Daisy Frank (6) makes the play at first against Twin Valley during 5th inning action of a PIAA 5A quarterfinal softball game at Seaber Softball Stadium on the campus of Millersville University Thursday June 6, 2019. 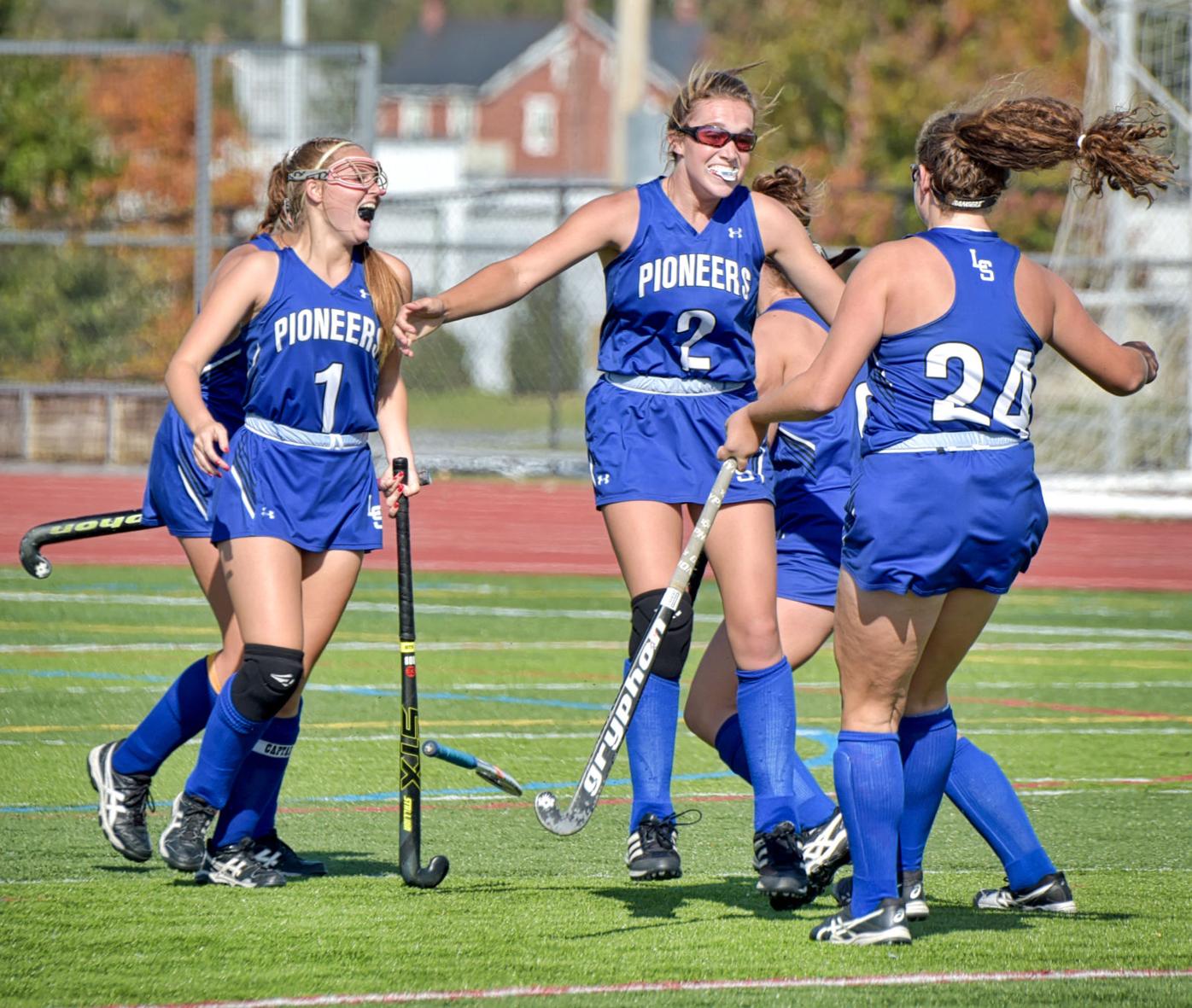 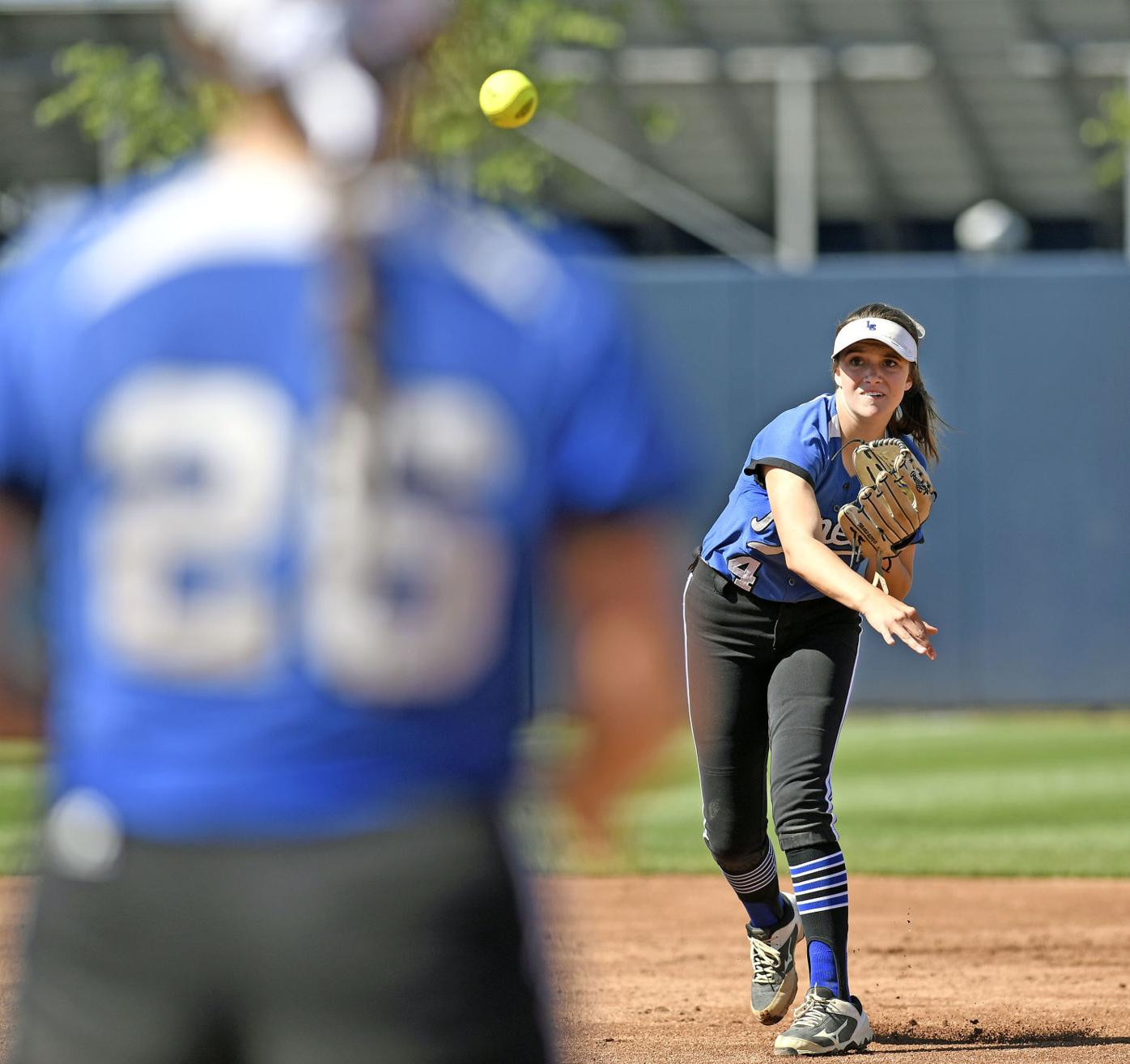 Lampeter-Strasburg shortstop Chloe Blantz (4) makes the throw to first for the out against Penn Trafford during 1st inning action of the PIAA 5A softball championships at Beard Field on the campus of Penn State University Friday June 14, 2019.

Lampeter-Strasburg second baseman Daisy Frank (6) makes the play at first against Twin Valley during 5th inning action of a PIAA 5A quarterfinal softball game at Seaber Softball Stadium on the campus of Millersville University Thursday June 6, 2019.

Lampeter-Strasburg shortstop Chloe Blantz (4) makes the throw to first for the out against Penn Trafford during 1st inning action of the PIAA 5A softball championships at Beard Field on the campus of Penn State University Friday June 14, 2019.

Before last fall, the field hockey banner hanging inside Lampeter-Strasburg's gymnasium was empty. No championships. No dates. Just a blank slate.

That win came on the heels of a gut-check 1-0 victory over Conestoga Valley in the semifinals — Blantz assisted on Smecker's game-winning tally against the Buckskins that day — and a hard-fought 3-2 OT quarterfinal triumph over Northern Lebanon, on Daisy Frank's game-winning goal.

It was quite a ride for the Pioneers.

“I remember loving the looks on their faces,” L-S coach Katrina Swarr said. “We teach humility, too. But it was really neat watching them celebrate together.”

“It didn't seem real at first,” said Frank, a senior forward. “But then it started sinking in on the bus ride home. We were all like, 'Wow, we really did this.' We worked so hard for it.”

With a championship date finally etched on the banner and a gold trophy in the case, the Pioneers went back to work this summer in hopes of defending their crown. But with success comes higher expectations — and bigger bull's-eyes.

“It's exciting and fun knowing we won last year,” Blantz said. “I'm a little nervous for this season because everyone is going to be like, 'Oh, we have to beat them now.' But we need competition like that, and I think we'll be able to hold our spot up there. We've been working really hard, so I think we'll be able to do just as good as last year. But yeah, the expectations certainly will be higher.”

The league's final four last fall was L-S, Township, CV and Penn Manor. The Comets fell to Township in the semifinals, and it was the first time in 11 years that Penn Manor didn't appear in a league finale. Donegal wasn't there either. Or Warwick. Those are all annually some of the top programs in the L-L League, so with L-S and Township reaching the title match — and the Pioneers winning it all for the first time — there was a changing of the guard of sorts in 2019.

“Sometimes you have to put that stuff aside,” Blantz added. “You have to forget about where those teams have been because everyone starts off fresh every year. That's why I think we did really well last season, because nobody expected us to win. So we kept pushing through, and we kept playing like we know we can play, and we ended up winning.”

“There were a lot of different teams in it there at the end,” Frank said. “We were kind of tired of losing to the same old teams, so we worked really hard for it. It was unreal. It was fun to win it, and to win it as a team and to accomplish that goal together was really exciting.”

For L-S to repeat — or simply make another spirited run deep in a postseason bracket — Blantz and Frank, both section all-stars and all-league picks last fall, must lead a squad that suffered some graduation hits. But those two are wily vets who know their way around the front of the cage.

“There's no doubt that everyone around here knows the names Daisy and Chloe,” Swarr said. “They truly make each other better, and they play hard all the time. My daughter is a sophomore, and I tell her to watch what they're doing. Those two go 100 percent all the time, even in practice.”

And especially in games.

“Daisy is such a graceful player, and her knowledge of the game and her 1 vs. 1 skills are incredible,” Swarr said. “Chloe is more aggressive; she never stands in the same place very long. She's on the move all the time. I'd call her a finisher; if she's in the circle, she's going to put the ball in the cage. Neither of them takes anything for granted, and they both work so hard.”

That hard work has paid off in college scholarships. Frank, an all-state selection last season, is ticketed for Syracuse University to play field hockey for the Orange, while Blantz will be off to the University of Delaware to play softball for the Blue Hens. Frank also plays softball for the Pioneers; those two are the quintessential L-S dual-sport female athletes.

But before that dynamic duo departs Lampeter for college life, Blantz and Frank have one more goal to check off: Help the Pioneers defend their L-L League field hockey title.

“We'll be ready,” Frank said. “One of our goals is to get back there. Now we want to do it again.”

A most unusual Lancaster-Lebanon League field hockey tournament commences this week, and the schedule changes brought about by COVID-19 respon…

They say one is the loneliest number.

With apologies to former ESPN Sportscenter anchor Dan Patrick … you can’t stop Chloe Blantz, you can only hope to contain her.

UNIVERSITY PARK — The look on Chloe Blantz’s face — bless her heart — was priceless.