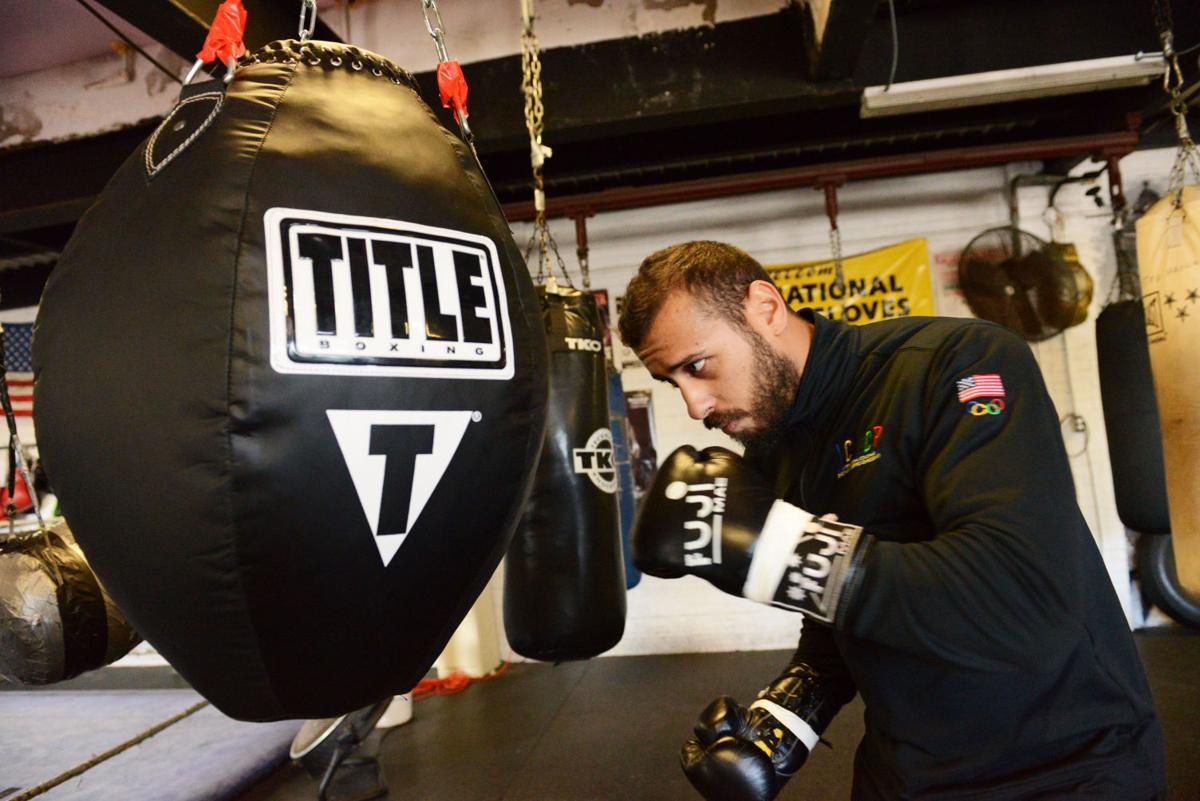 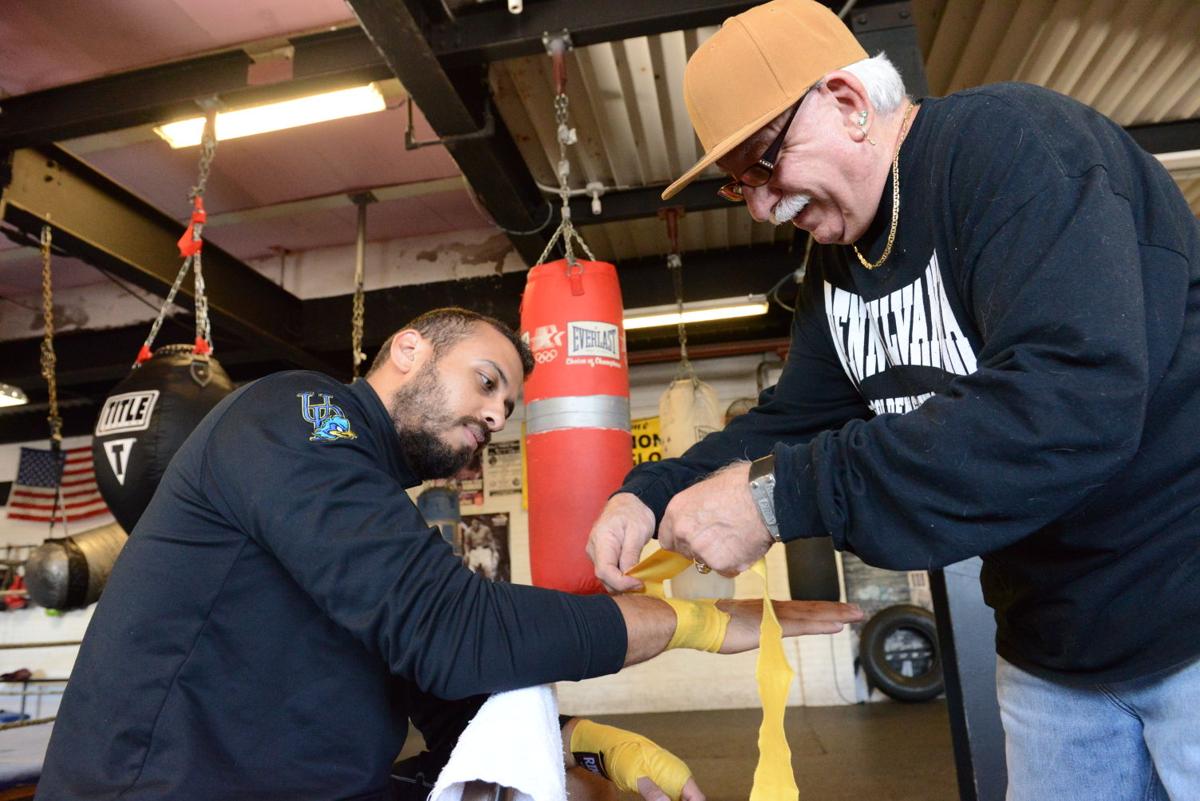 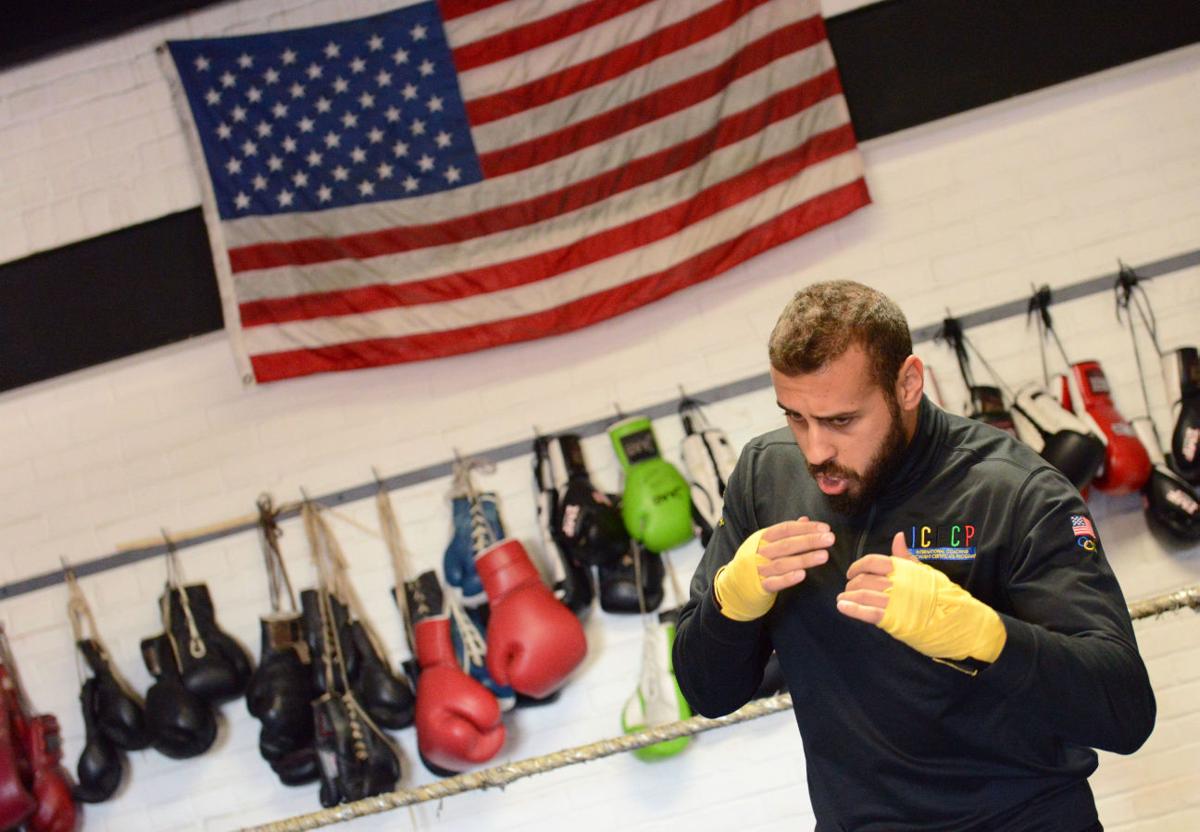 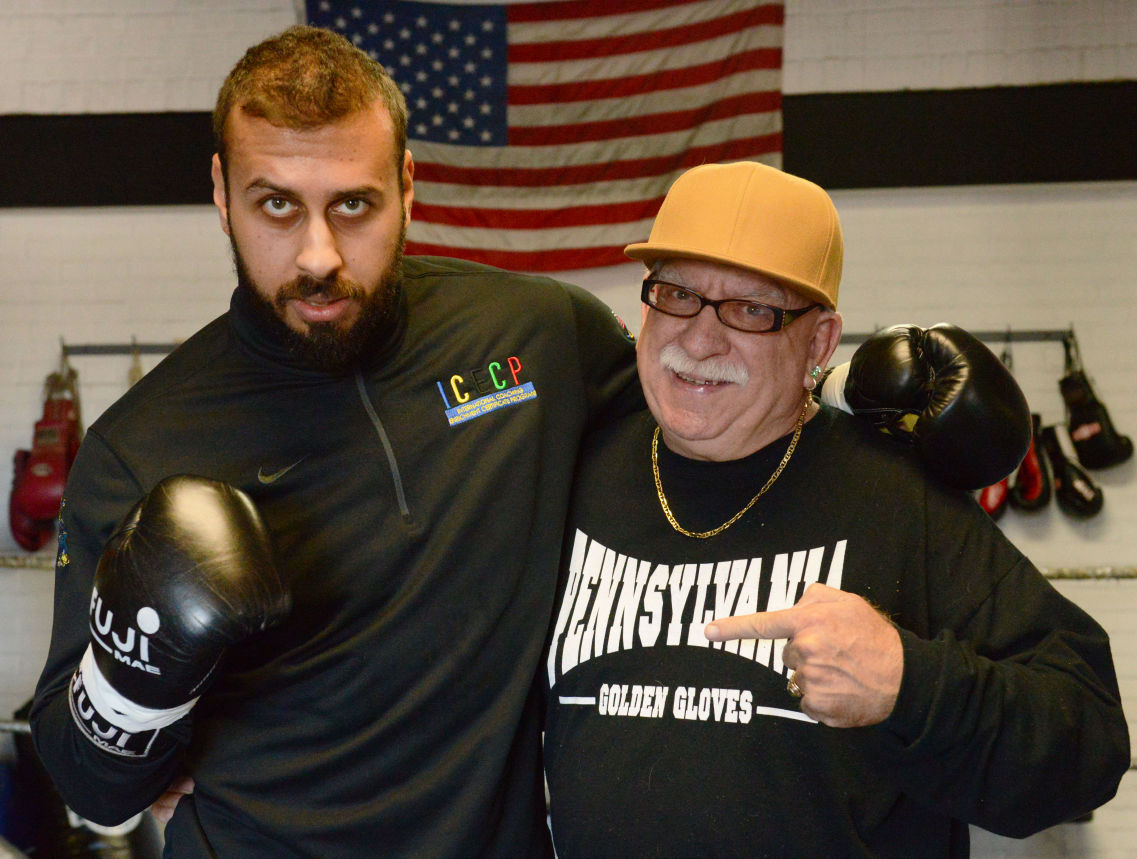 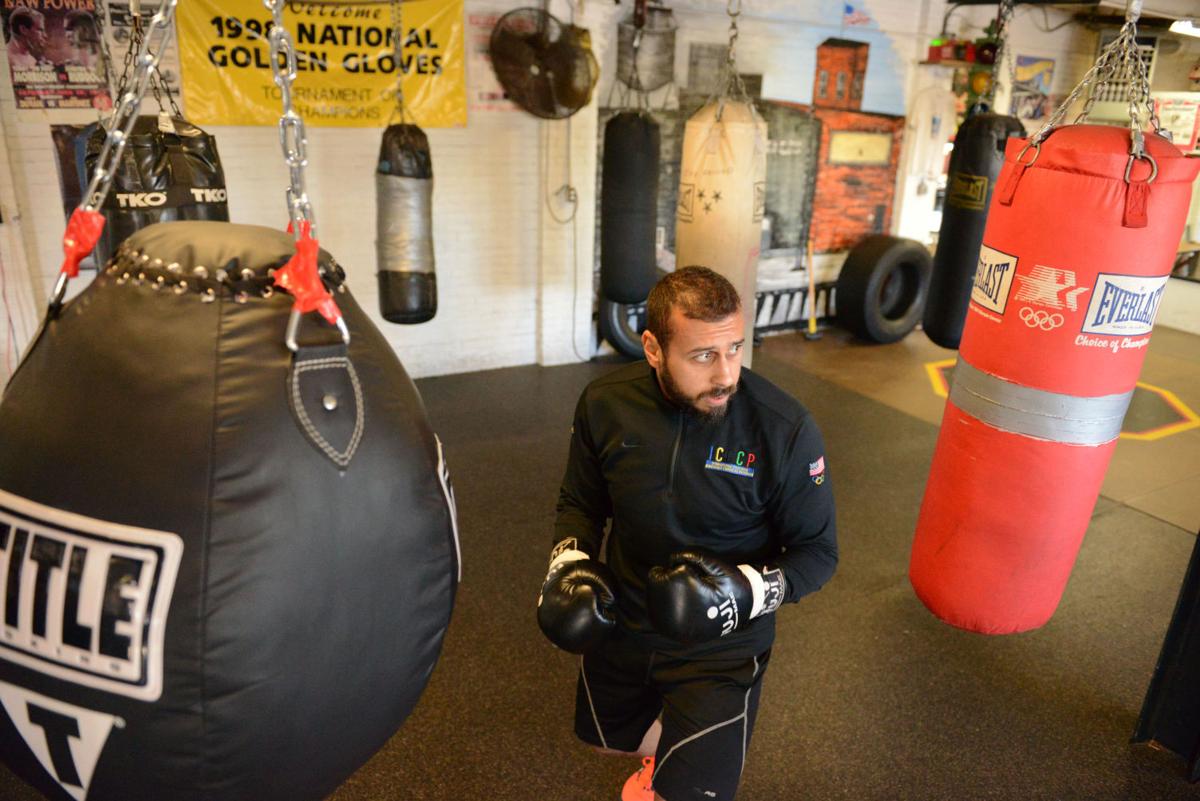 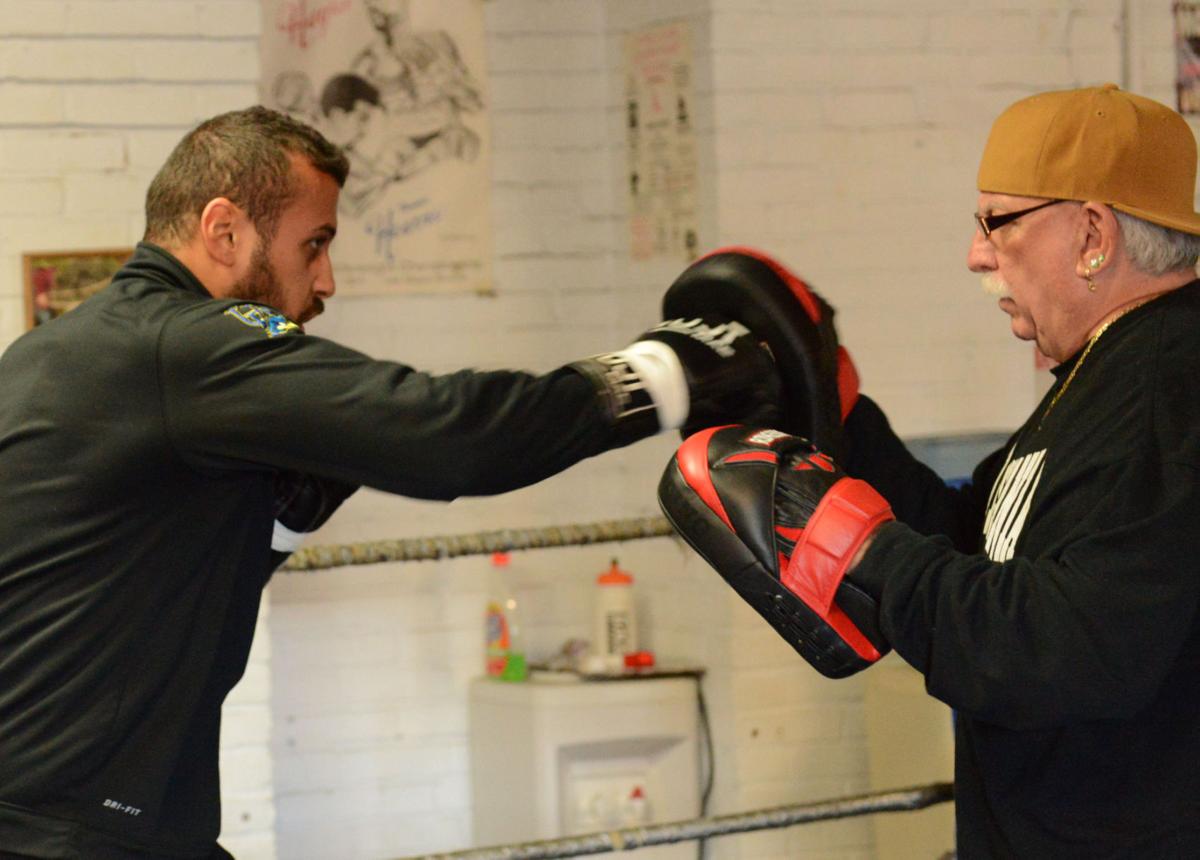 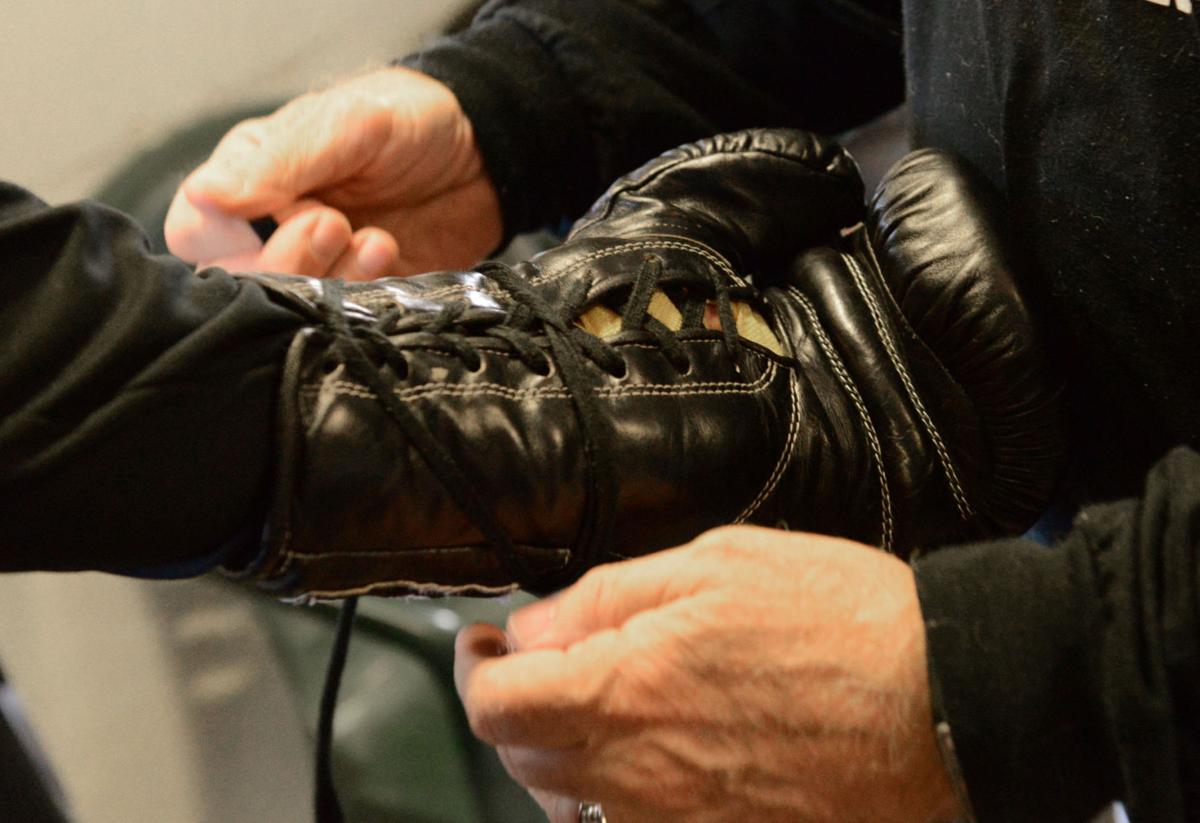 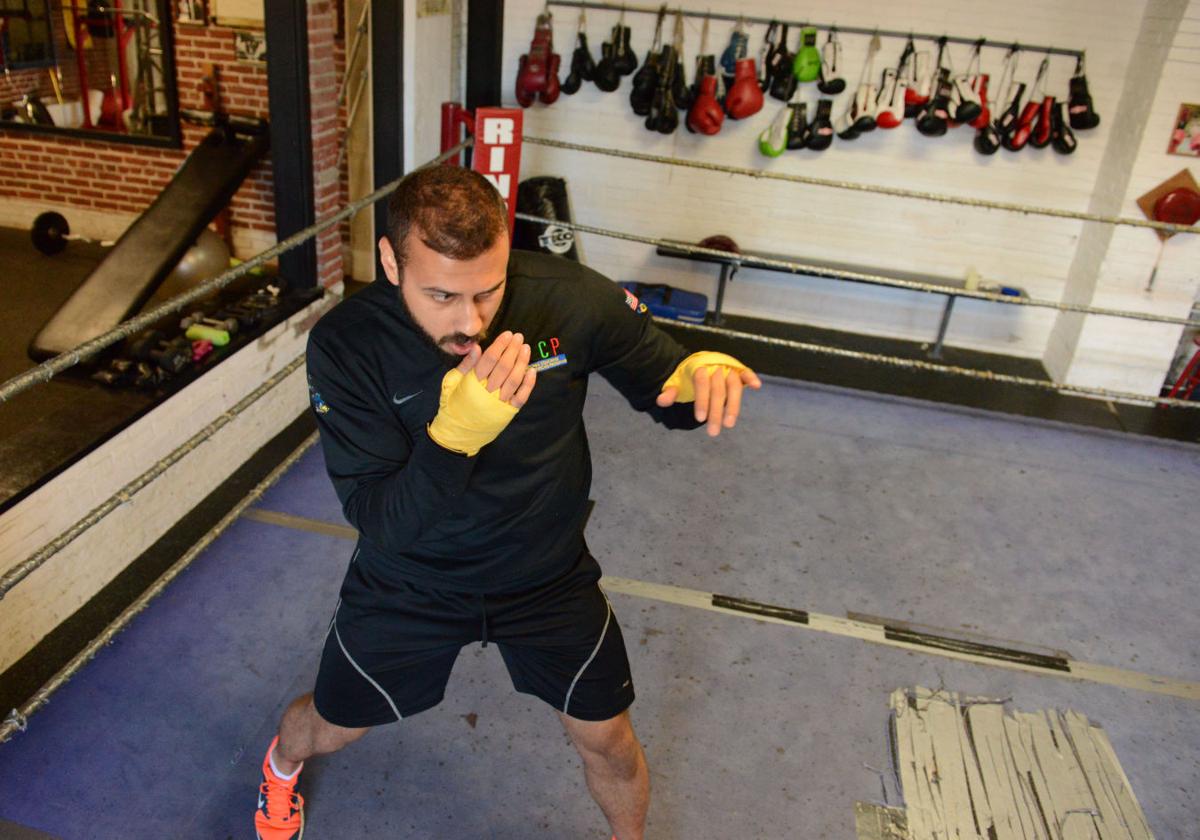 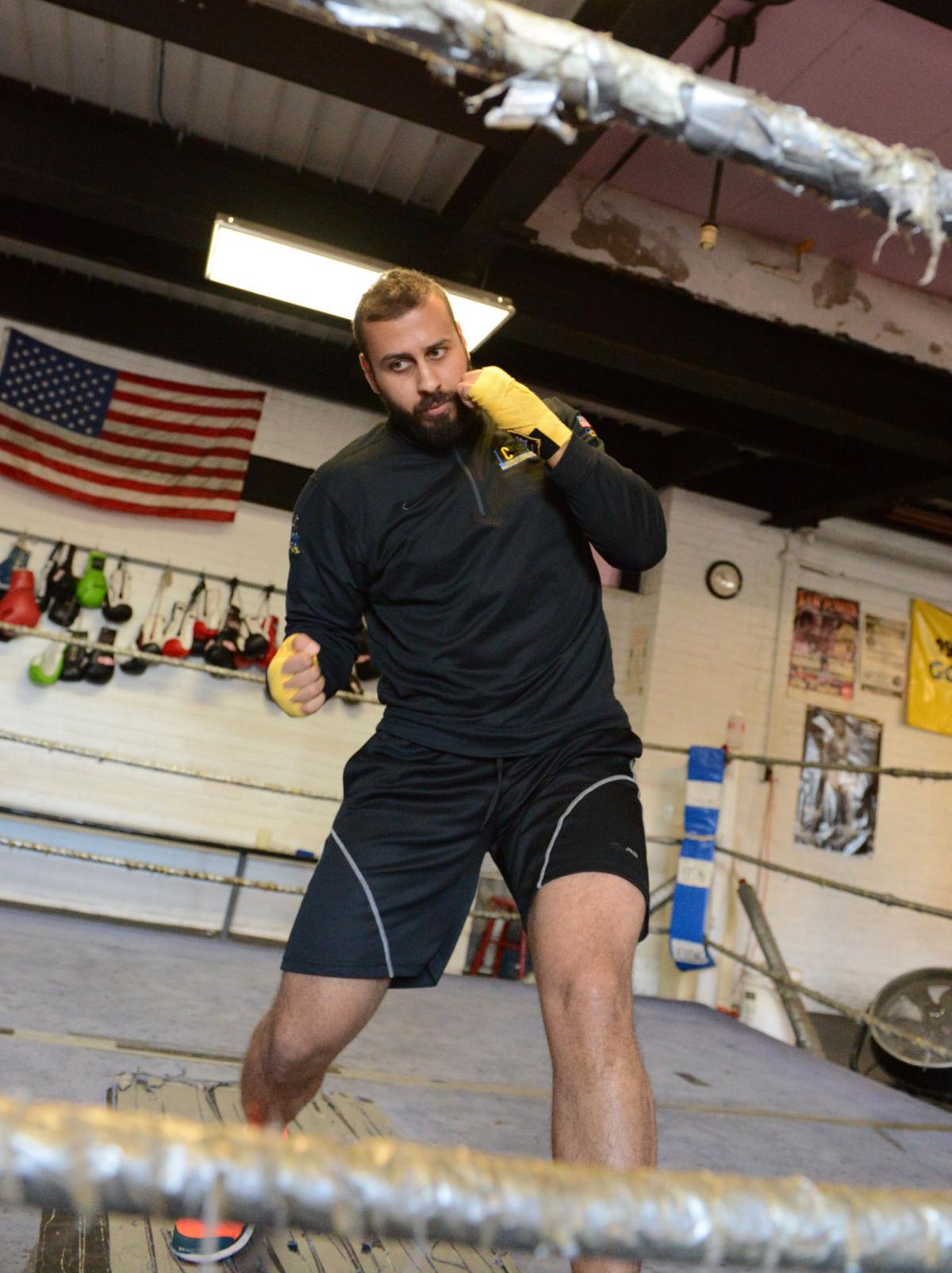 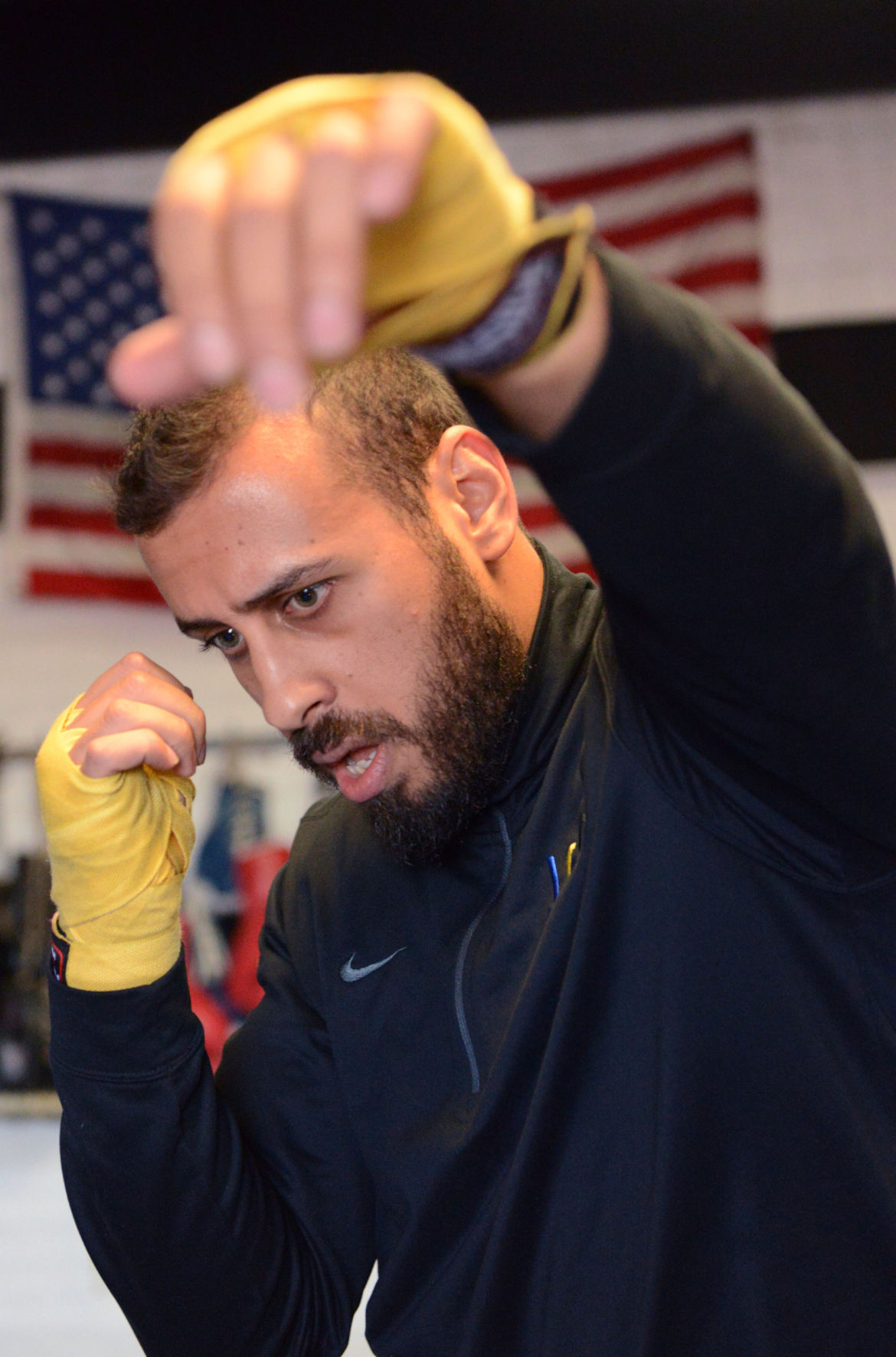 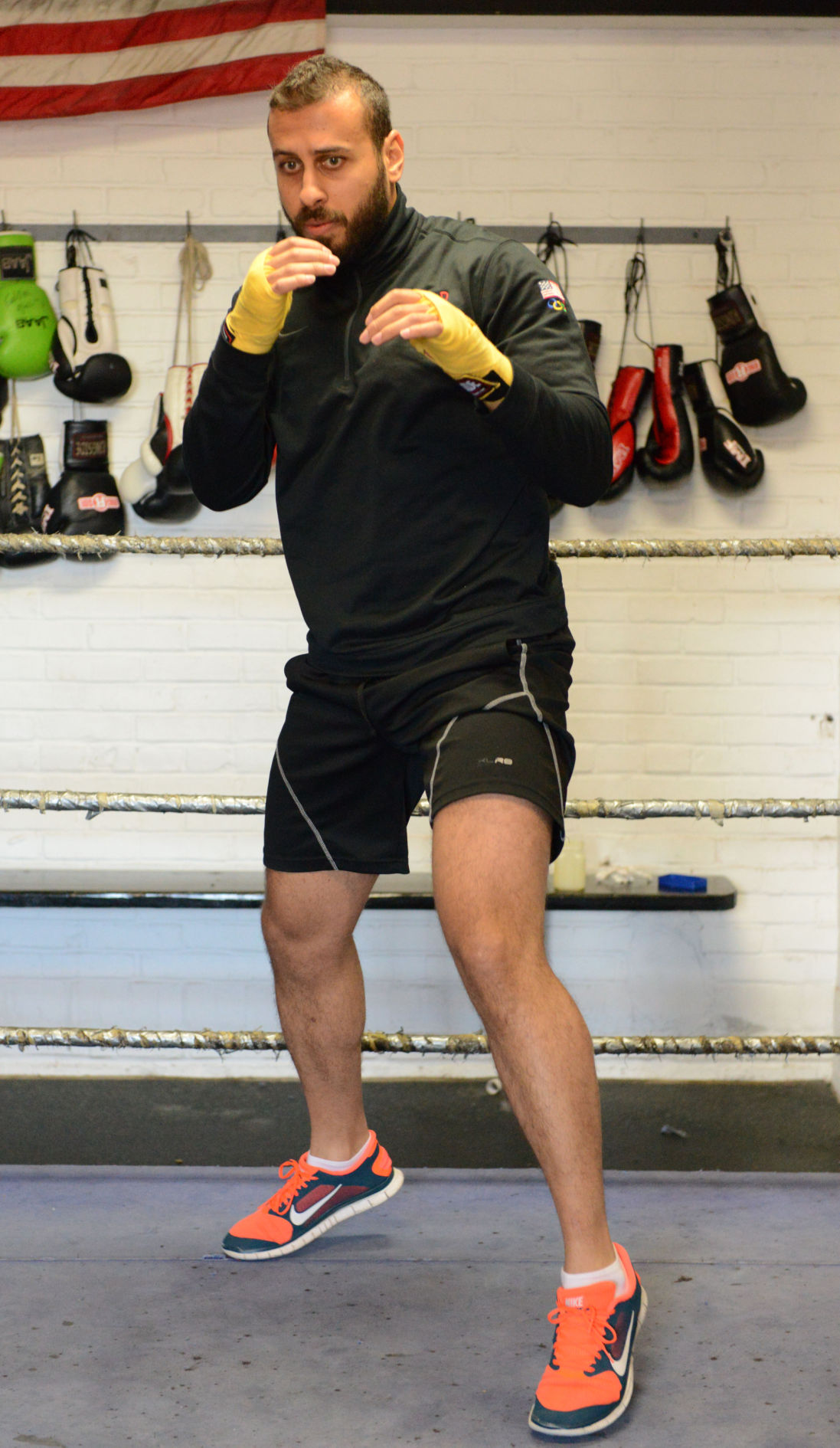 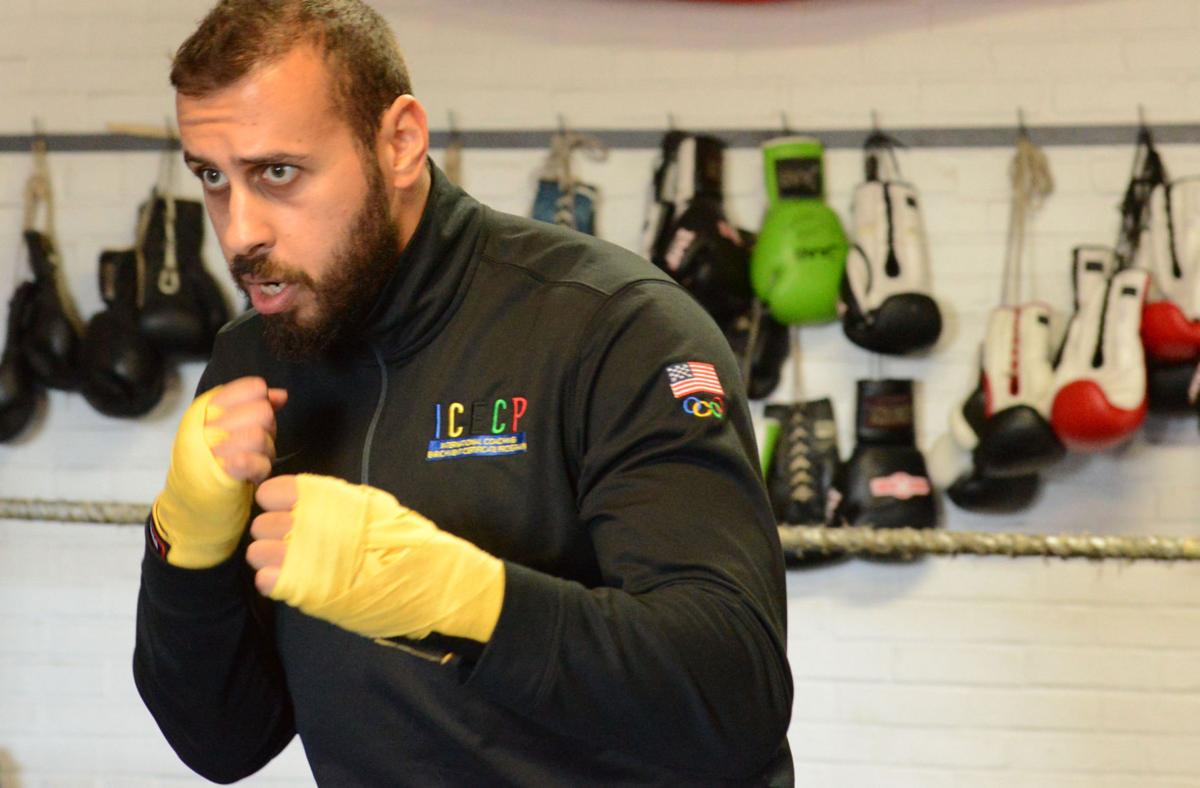 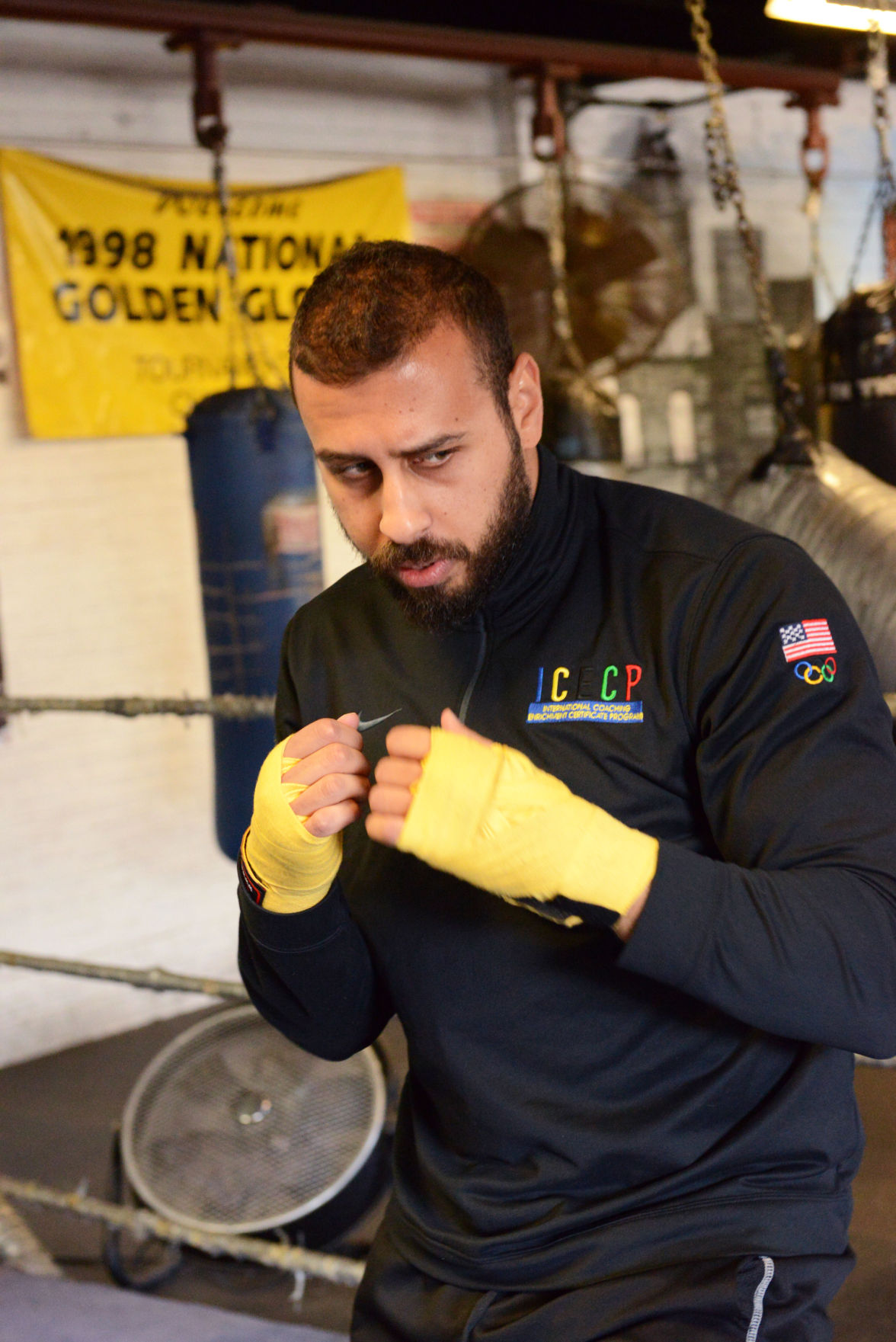 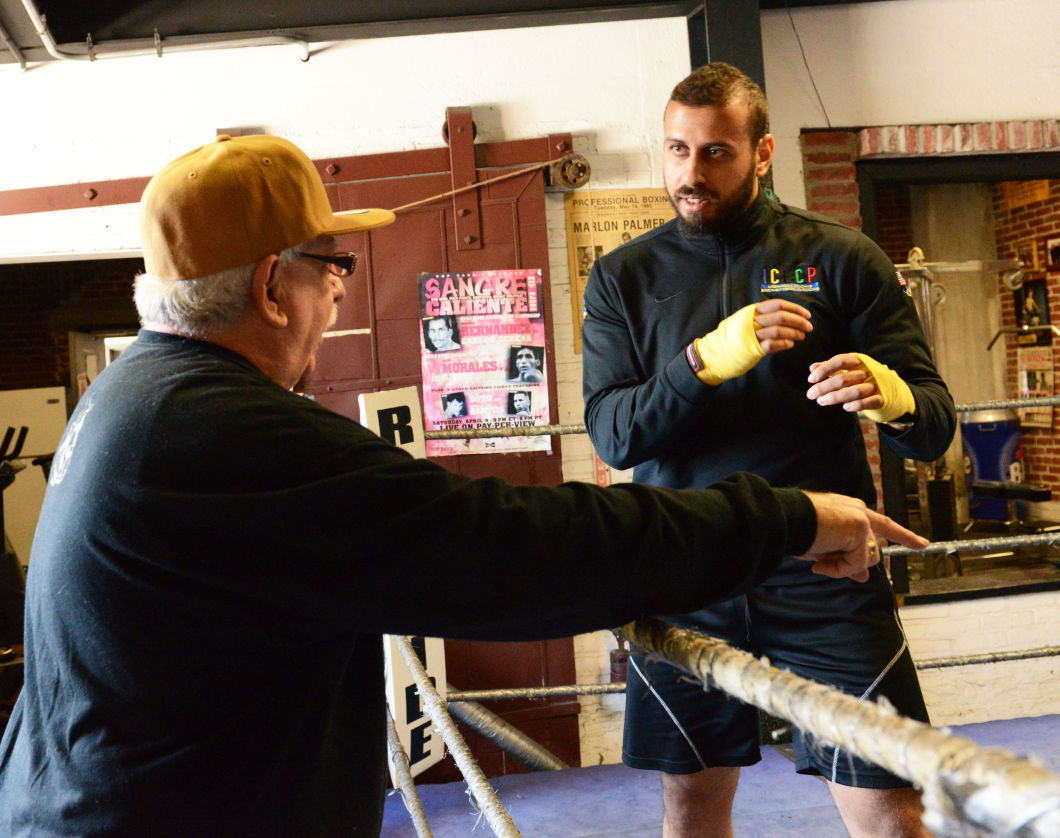 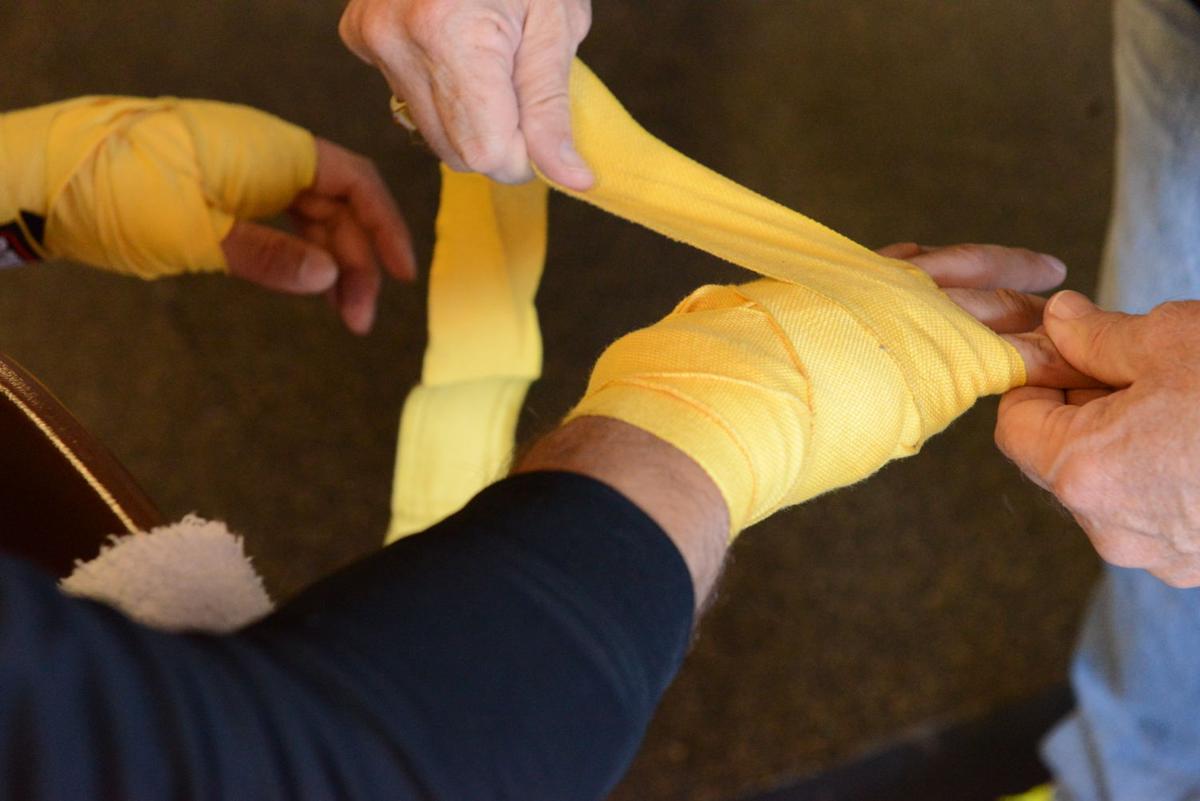 It’s something Stumpf has done thousands of times for hundreds of boxers, and Jayousi’s reaction was identical to all the others.

“Nice, Coach! Tight,” Jayousi said, grinning like a kid and snapping out a fast jab.

In many ways Jayousi is just like all those other boxers Stumpf has coached. His background’s rough, his parents weren’t sure he should box, and he’s struggled to find good gyms and good coaches.

The biggest difference is that Jayousi is Palestinian.

Where he comes from, a place not even recognized as a sovereign state by much of the world, there are no coaches to guide an aspiring athlete from street to gym to sanctioned fights. Never mind to the Olympics.

He hopes to be that coach — the one he never had — the one to build a boxing gym and put together an Olympic team, in Palestine.

Which is where the International Olympic Committee (IOC), the United States Olympic Committee (USOC), the University of Delaware and Lancaster’s own coach Barry Stumpf — or simply “Coach” — come in. Jayousi is one of about three dozen coaches taking part in the International Coaching Enrichment Certificate Program (ICECP), a collaboration of the groups.

The goal of the program, according to the website, is to provide coaches (often from developing nations) “with intensive education that consists of lectures, projects, guest speakers, participant presentations, group work, field trips and project planning.”

For Jayousi, that meant committing to a four-module, nine-month program. It began in September at the University of Delaware and he’s now been there and to the U.S. Olympic Training Center in Colorado Springs, Colorado.

As part of his apprenticeship, Jayousi spent four intense days in Finefrock & Stumpf’s Golden Gloves Center, being mentored by Stumpf.

In the spring, participants present their projects, which they described in their application, at the IOC headquarters in Lausanne, Switzerland.

Jayousi’s project is ambitious. His goal is to improve the state of coaching in Palestine and put together a team to compete at the 2020 Olympics — a team that would be in position to win medals at the 2024 Olympics.

Stumpf said eight years is a really short time. Jayousi will have to “be prepared and prove himself” and, obviously, have a dedicated gym.

Jauyousi’s got that part covered. He’s building a gym in Ramallah that he calls “El Barrio.”

Like all gyms that foster the best fighters, it won’t be luxurious. It will be less primitive than the club at Al Baqa’a, a refugee camp in Jordan, where Jayousi himself first trained to box. He was 16, and studying law at the time.

(He’d wanted to box since he was 5, and saw a man with red gloves working a black bag. But his father, a military man, objected, saying the sport was for grown-ups.)

The first day at Al Baqa’a he and the other beginners were separated from the experienced fighters. An Iraqi coach showed Jayousi the basic moves, beginning with a left jab.

“It’s the best thing to teach a boxer the first day, the jab,” Jayousi said and Stumpf nodded in agreement.

The coach, Jayousi said, told him he could be a really good boxer, if he trained. But, he said, “It got tough from there.”

Especially in the ring.

“My background was really poor,” he said, “but these guys didn’t have food.”

The first time he truly fought, rather than sparring, it was opposite an experienced man named Amine who, he believes, was a refugee from Africa. He had scars — “a body full of knife cuts,” Jayousi said.

But he didn’t stop. For seven years Jayousi boxed in Jordan before moving back to Palestine.

In 2010 he was nominated for the Asian Games, a multi-country, multi-sport event regulated by the Olympic Council of Asia. He had no coach, but agreed to go if he could attend two sparring camps. He was told there was no budget for camps, so he turned down the opportunity.

That’s when he started coaching, and thinking about what it would take to provide a path for future boxers: A real boxing gym, improved coaching skills for himself and others, and kids who wanted to box.

The ICECP is a big part of his plans. His dedication is apparent.

“Nader was the star of the class,” said Dr. Matthew J. Robinson, Professor of Sport Management at the University of Delaware, and Director of the ICECP.

Back in Finefrock & Stumpf’s gym, a classroom unlike any other, Jayousi and Stumpf talked, comparing notes about boxing and boxers.

“A boxer can’t be a rich kid,” Jayousi said. “To take the pain of a punch … you gotta have a reason for that.”

“It’s the hunger,” Stumpf added. “If you don’t think boxing’s an opportunity for a better life, you’re not going to do it.”