While trout are the fish of spring, bass – smallmouths and largemouths – are the unofficial fish of summer in Pennsylvania.

Folks fishing local farm ponds, the Susquehanna River and/or area lakes enjoy catching bluegills and catfish, but when they hook a bass, the excitement ratchets up a notch.

Who doesn’t love working a topwater lure, only to see it disappear in a violent water explosion as a largemouth strikes? And then watching the fish that took it jump and tail-walk on the water’s surface, while tugging hard enough on the fishing line to pull the rod out of your hands?

Bass are made for angling. 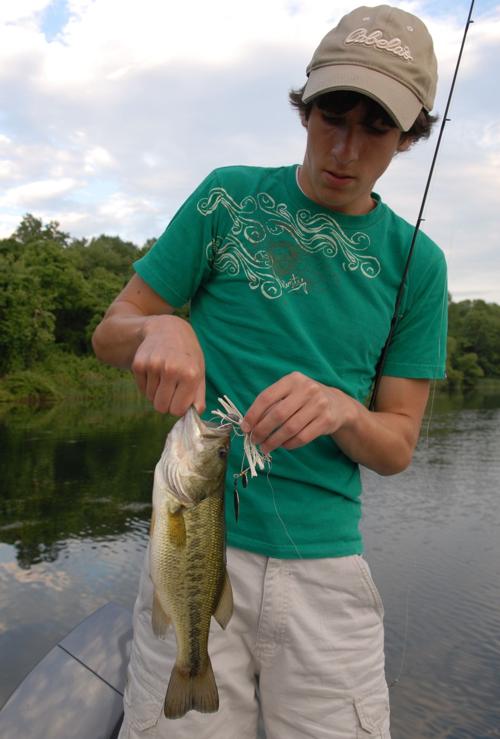 Walk out your door and head to the nearest pond or creek. Odds are, it’s got bass in it.

I don’t remember when I caught my first bass. But I know I’ve been fascinated by them for as long as I’ve been fishing.

I remember chomping at the bit to get my driver’s license in 1983, primarily so I could drive myself to ponds around my house where I knew I could catch bass.

And I considered myself king of the world when I could spend a summer evening wading the back bays of Marsh Creek Lake, chucking poppers and spinnerbaits in hopes of hooking into a fat largemouth.

According to the Pennsylvania Fish and Boat Commission, largemouth and smallmouth bass in the 1800s were primarily found in the Ohio River and Lake Erie drainage waters. Through stocking and natural movement, they have since spread across Pennsylvania.

Here in Lancaster County, we have access to some of the best fishing for both species that the state has to offer.

For smallmouth bass, of course, the Susquehanna River is on the list. 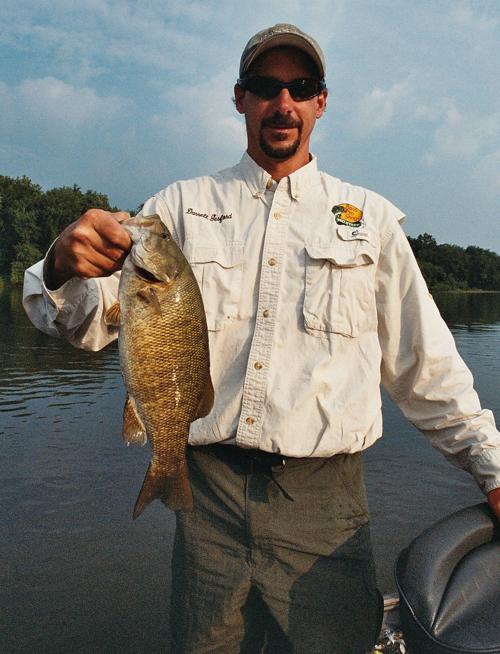 The agency manages several waters under its “Big Bass Program,” which limits the taking of bass and sets a higher minimum size – 15 inches – than what’s imposed on other waters – 12 inches.

While there are no Big Bass Lakes in Lancaster County, we are surrounded by them: Blue Marsh Lake, Carsonia Lake, Hopewell Lake and Kaercher Creek Dam in Berks County; Chambers Lake and Marsh Creek Lake in Chester County; Lake Marburg, Lake Redman, and Pinchot Lake in York County.

The Pennsylvania record largemouth has stood for a long time. It is a bass weighing 11 pounds, three ounces, caught by Donald Shade in 1983 on Birch Run Reservoir in Adams County.

Interestingly, that reservoir doesn’t even exist anymore. The spillway protecting the dam that formed the reservoir in Michaux State Forest was found to be inadequate, and it was drained in 2005.

The state record smallmouth bass has held its post since 1997. That’s when Robert Steelman caught the eight-pound, eight-ounce beast on Scotts Run Lake in Berks County.

The smallmouth record is the one that always amazes me, because Scotts Run Lake is a tiny little, 22-acre lake in French Creek State Park. It does not look like a place that would ever produce the biggest smallmouth bass in a state that also has Lake Erie and the Susquehanna River.

According to the Fish and Boat Commission’s Angler Awards Program, which recognizes the biggest fish caught and reported in the state each year, no one came close to touching the smallmouth record in 2019.

The biggest largemouth reported to the commission in 2019 weighed eight pounds, eight ounces, and was caught from Faylor Lake in Snyder County by Donald Harshman of Harrisburg.

Should PA hunters travel for turkey season opener amid COVID-19 pandemic? Depends who you ask

State sends mixed messages to turkey hunters, who should be safe and wait until after May 8 [editorial]

1 teen arrested, 3 sought in slaying of woman in Scranton

Trump's `strong wall' to block COVID-19 from China had holes