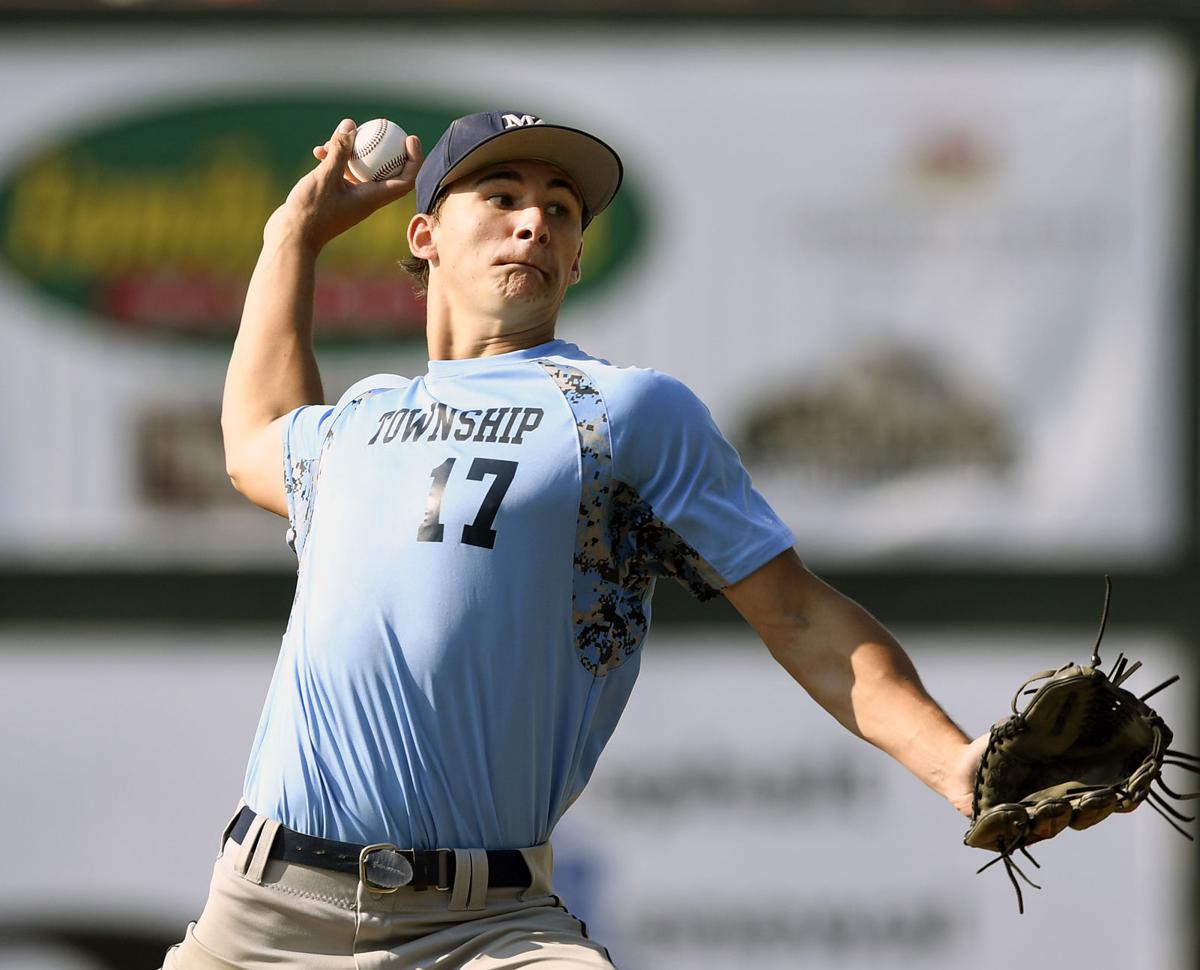 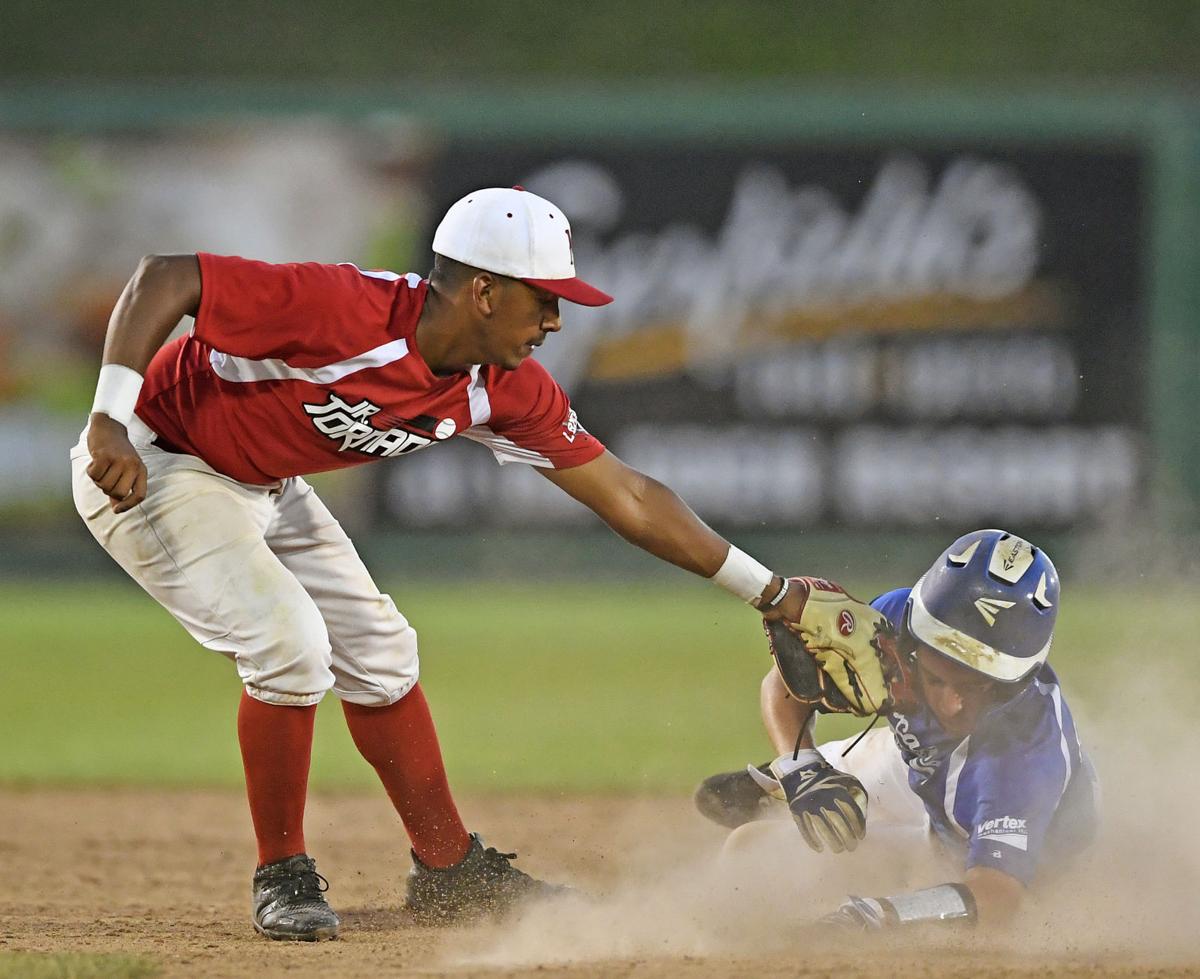 It was hot Monday night at Clipper Magazine Stadium.

Not as hot as Manheim Township’s Evan Clark.

Clark bulldogged his way through the heat — and the Penn Manor lineup, allowing two unearned runs on six hits — as Township (15-2) advanced to the semifinals of the 74th LNP Tournament Midget bracket, defeating the Comets, 5-2.

Township will next meet Lancaster, a 4-3 victor over Cocalico in Monday’s second game at Clipper Magazine Stadium. The two teams will square off Wednesday in the first game of a semifinal doubleheader.

For his part, Clark struck out six, walking one, in a complete game effort and faced trouble in just two innings.

“He’s a competitor,” Township coach Matt Kirchoff said. “You saw him make a barehand play, (a) diving catch on a bunt; he’s just that kind of kid. Plays baseball with a football mentality. That’s what we love about him.”

“I had a couple rough innings. Guys got on base, but, luckily kept them silent most of the game.”

The Comets (7-11) threatened in their half of the second inning, loading the bases with one out on a hit, an error and a fielder’s choice on a sacrifice bunt.

Clark got a strikeout, then ended the threat on a comebacker to the mound.

Township went ahead in the bottom of the inning on Kyle Musser’s two-run single and Clark cruised into the fifth inning.

Tim Hermansen got a one-out infield single in the fifth, advancing to second on an overthrow at first.

Dylan King doubled off the fence in right center leading off the bottom of the fifth, advancing to third on a groundout.

“I just had a weird feeling he was going to drop it,” Clark said. “I got second life. I made it count.”

“The bottom of our lineup, Sassaman, Heckman, did some good things,” Kirchoff said. “We were happy to come out of here with a win.”

Xavian Padilla pitched two innings behind him, getting the win when his team forged back ahead and Dinzey Feliz got the save with two innings of vintage Mitch Williams.

Lancaster broke on top in the second inning, scoring on a bases-loaded error and Justin Peifer’s sac fly to center.

Two innings later, Cocalico (9-8) Nick Spangler drew the first of his two walks on the night, taking second on a sacrifice and scoring when first baseman Alex Vine threw away the ball trying to get Spangler at third.

Tristan Current reached on an error — Lancaster would commit three altogether — scoring on Alex Welker’s RBI double off the wall in right.

Lancaster pushed across the winning run in the bottom of the fourth.

Peifer knocked in his second run of the night, singling to center and the lead was restored.

Alex Polito doubled in the fifth, taking third on a passed ball and scoring on Darrion Ngumo’s safety squeeze.

An important run, as it turned out, when Cocalico narrowed the gap on Tristan Current’s RBI double.

It was the only hit allowed by Feliz, who walked four and struck out four, the last two with two on and two out in the seventh.