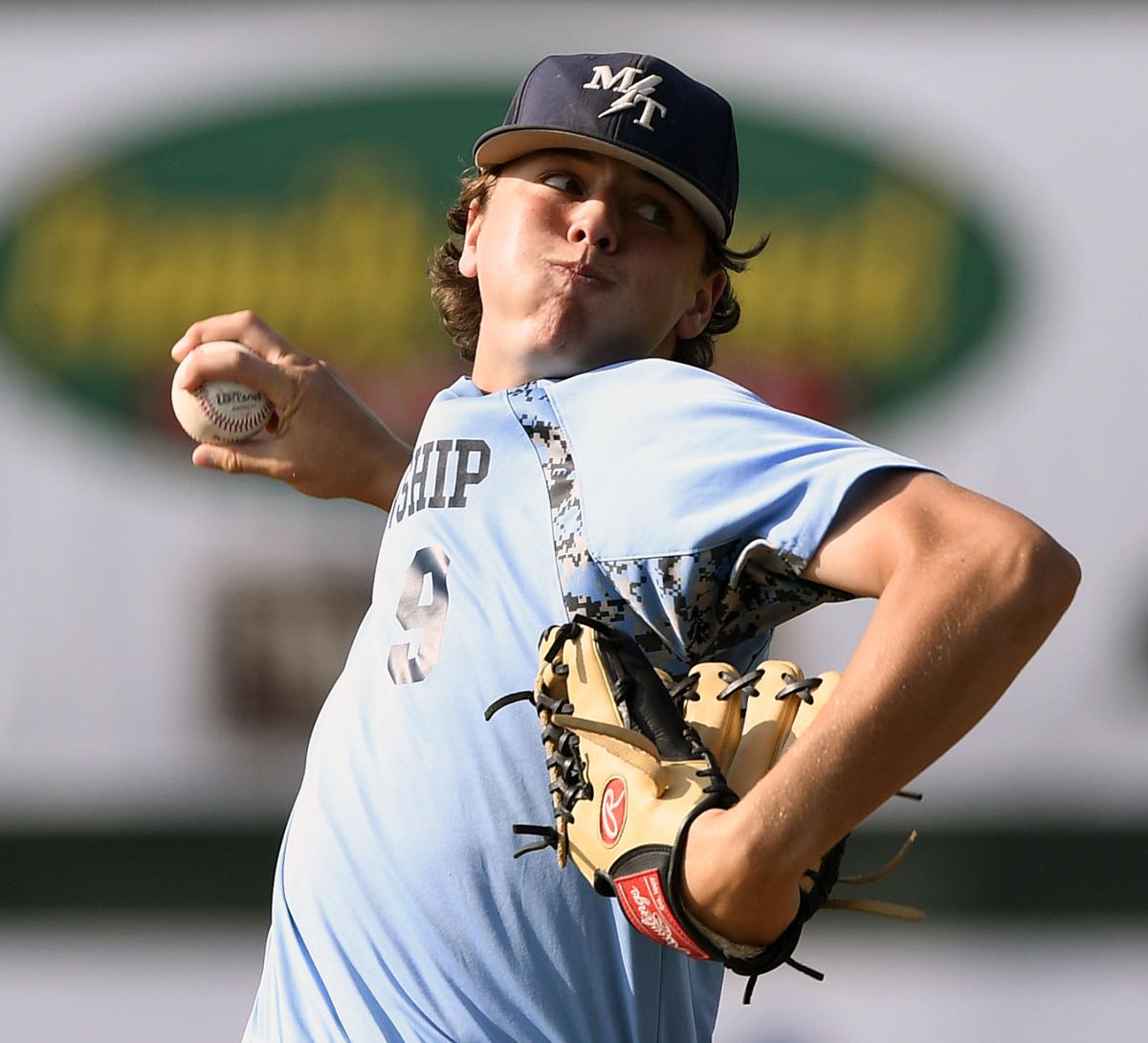 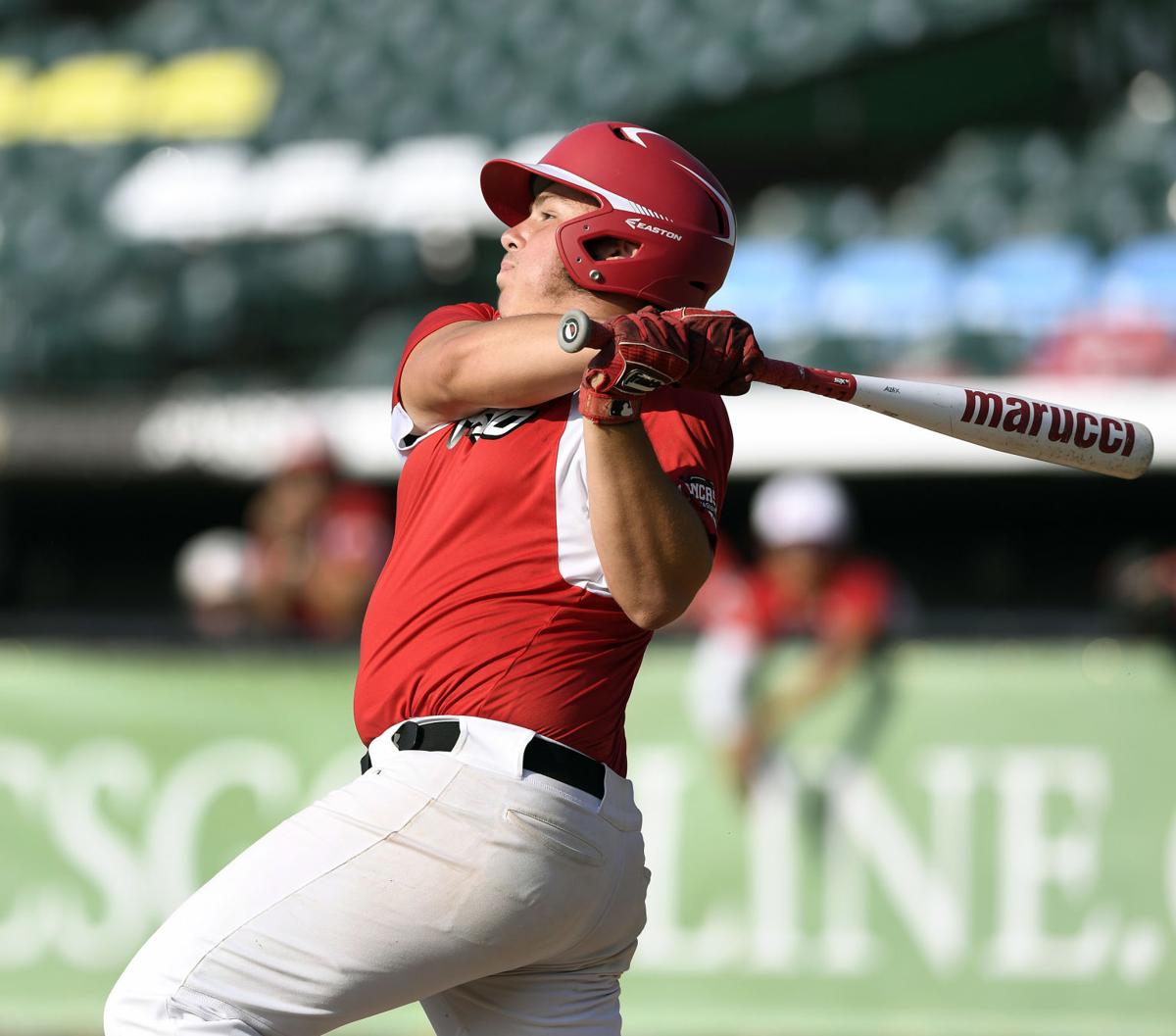 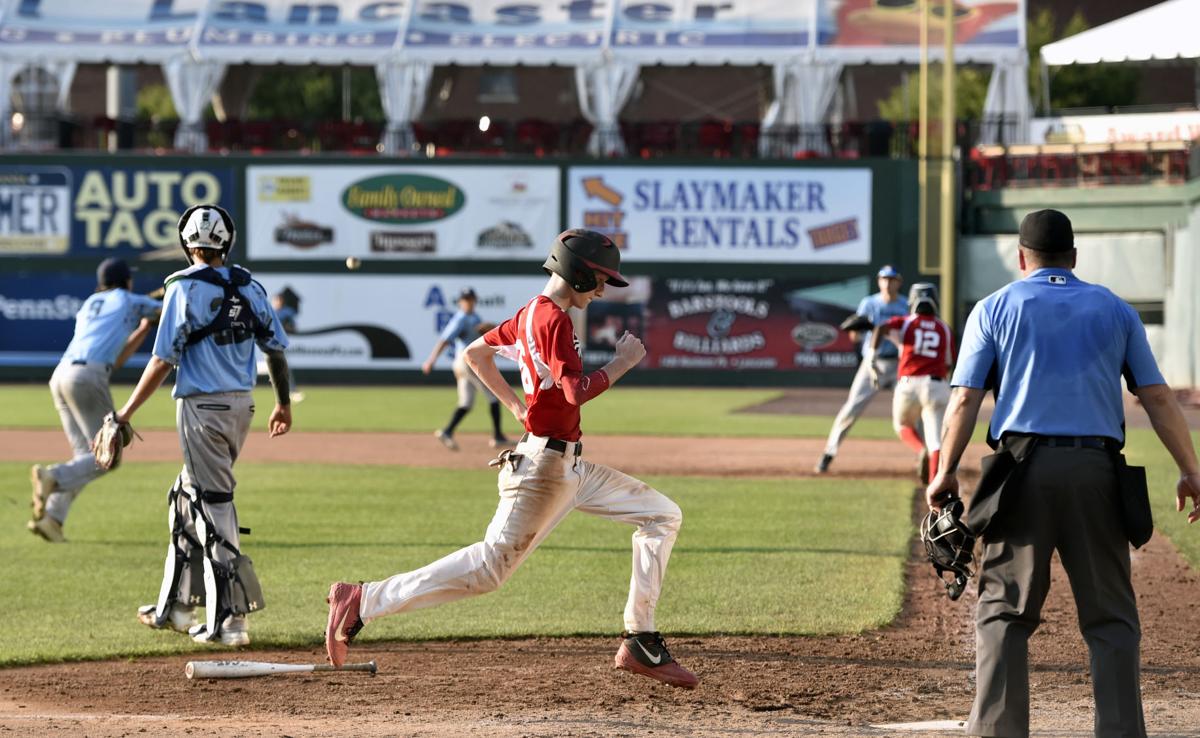 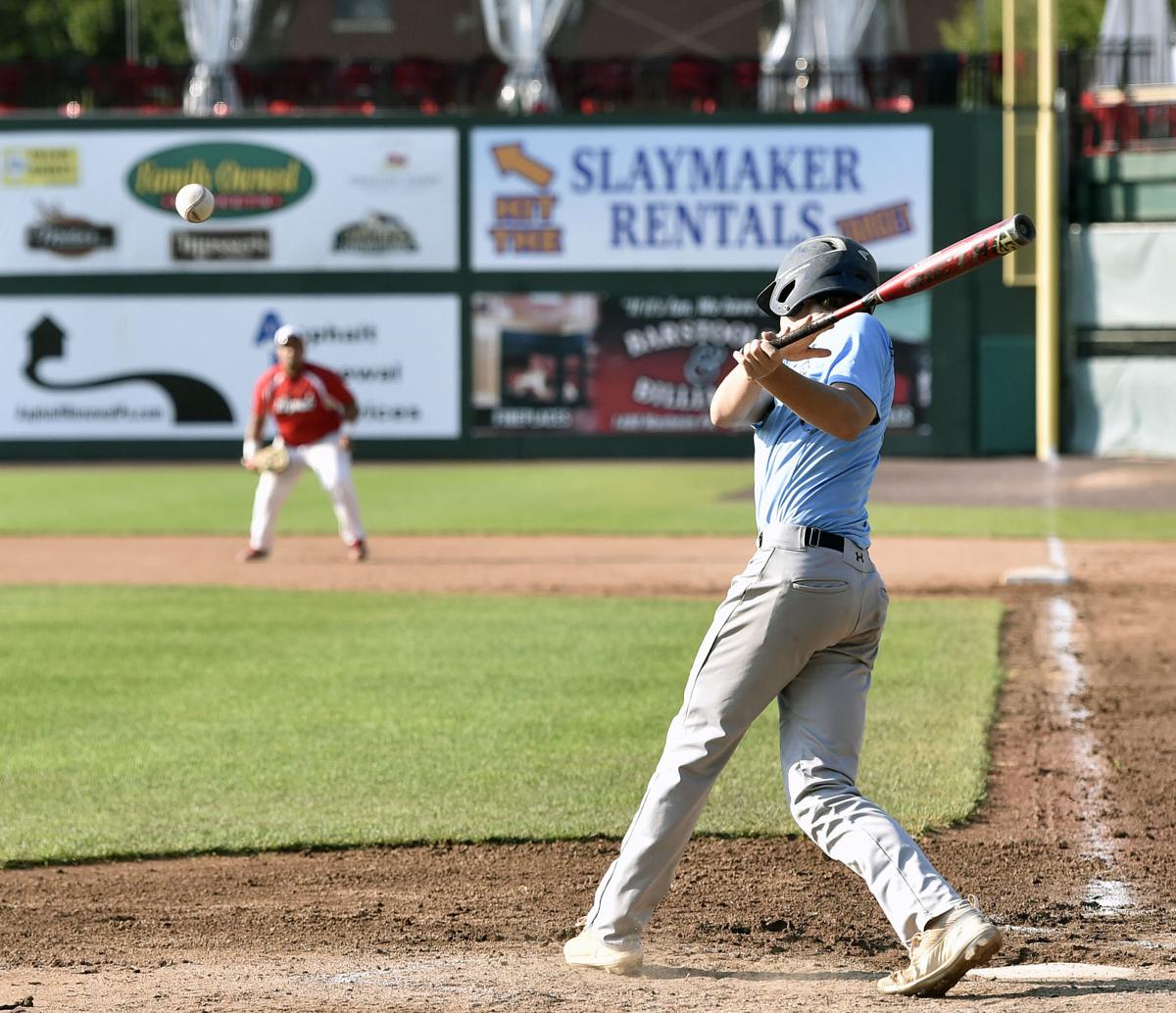 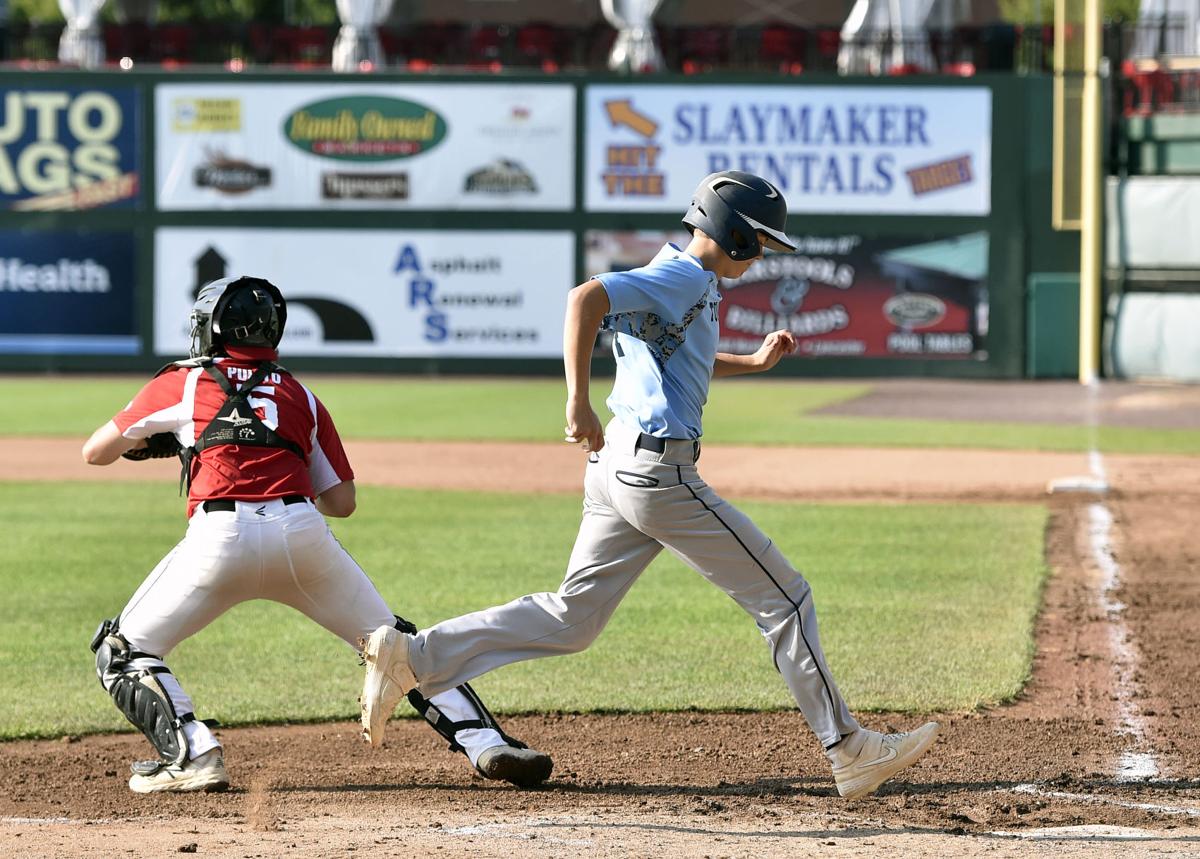 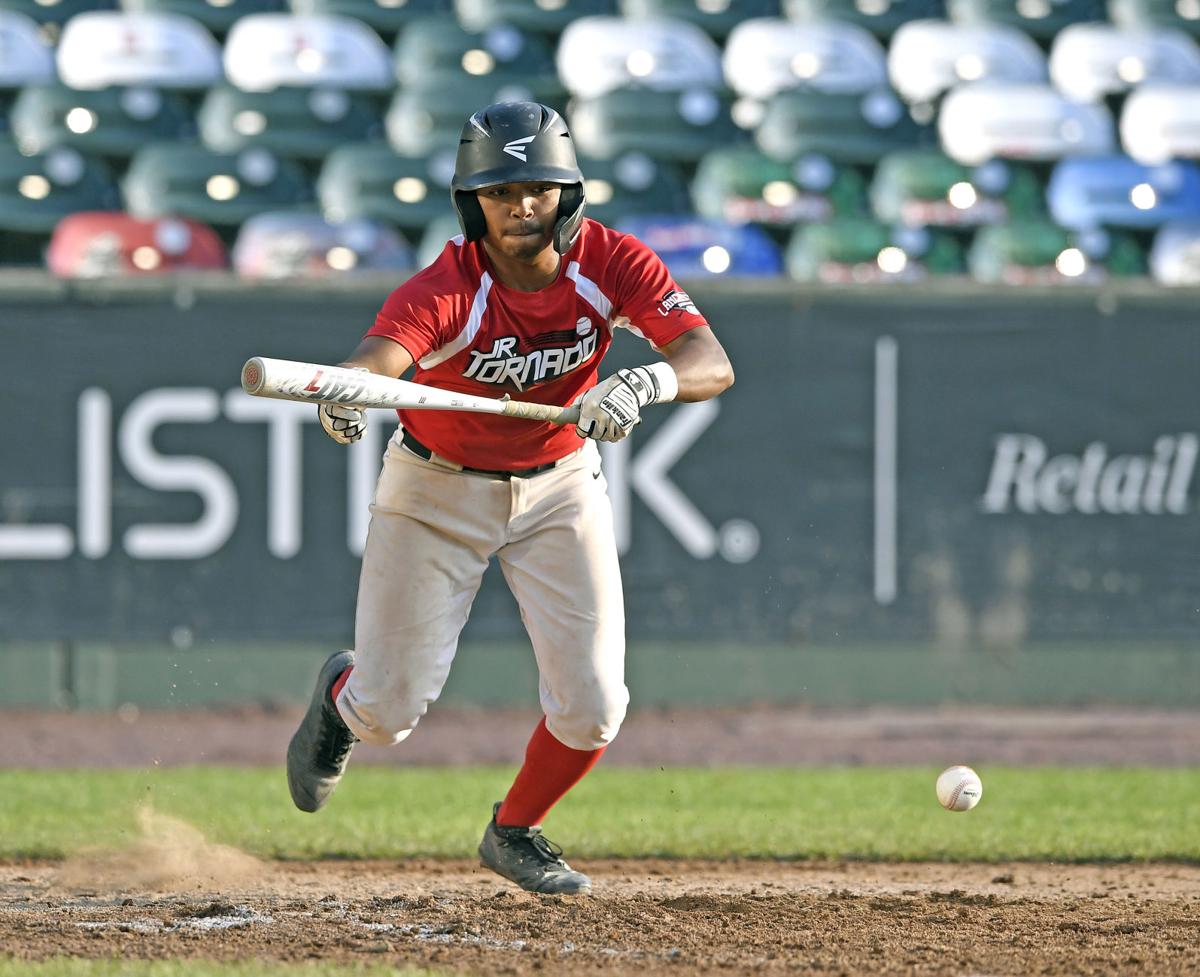 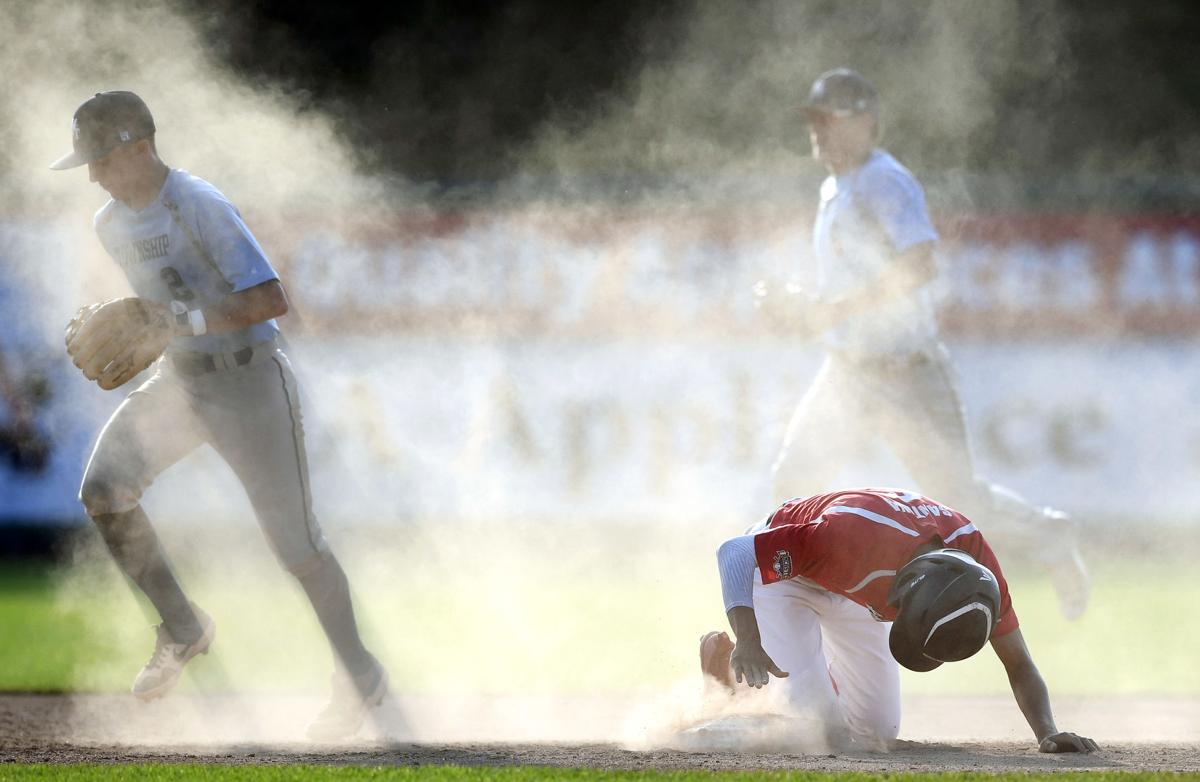 Lancaster's Eliam Santana (6) pounds the base in frustration after getting caught stealing second base to end the 4th inning against Manheim Twp. in an LNP Tournament Midget Semifinal game at Clipper Magazine Stadium Thursday August 1, 2019. 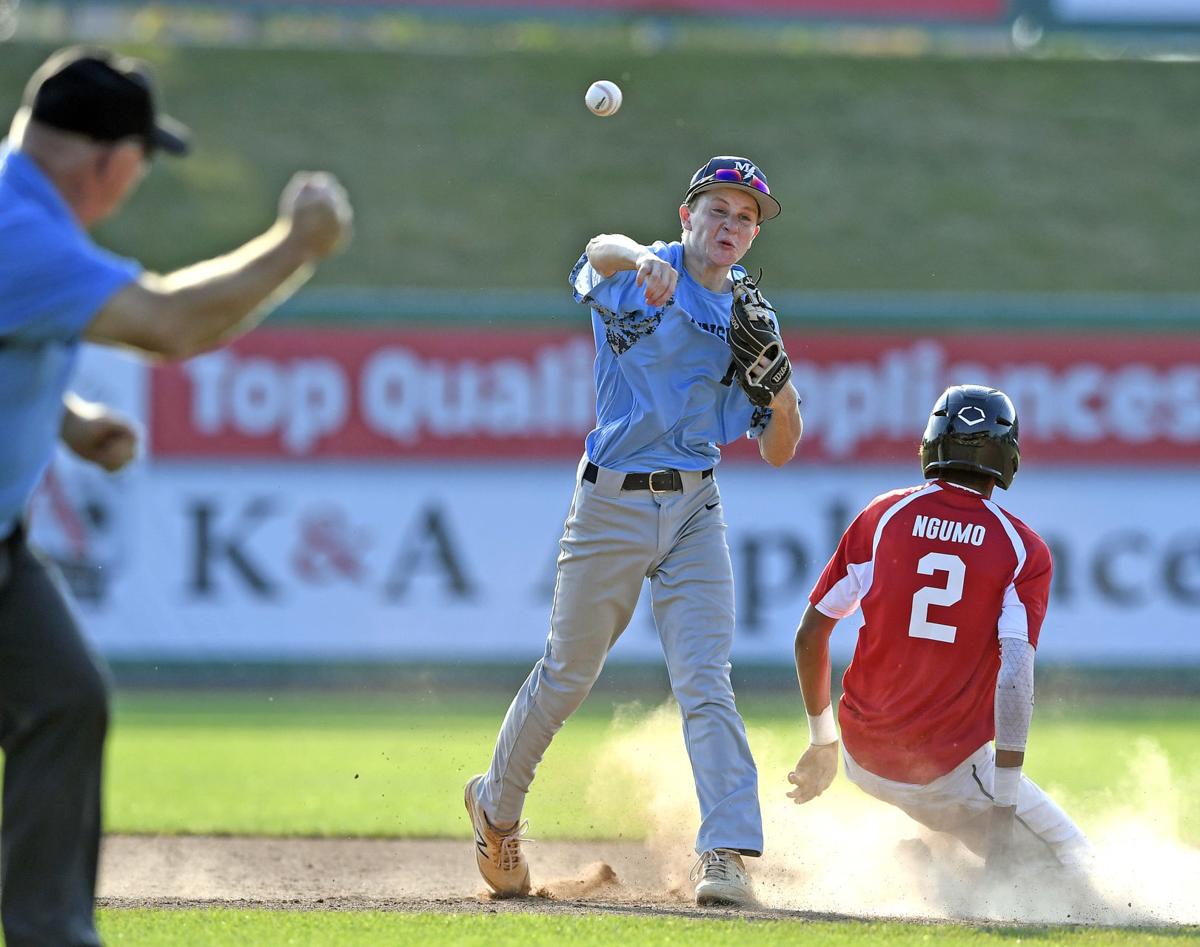 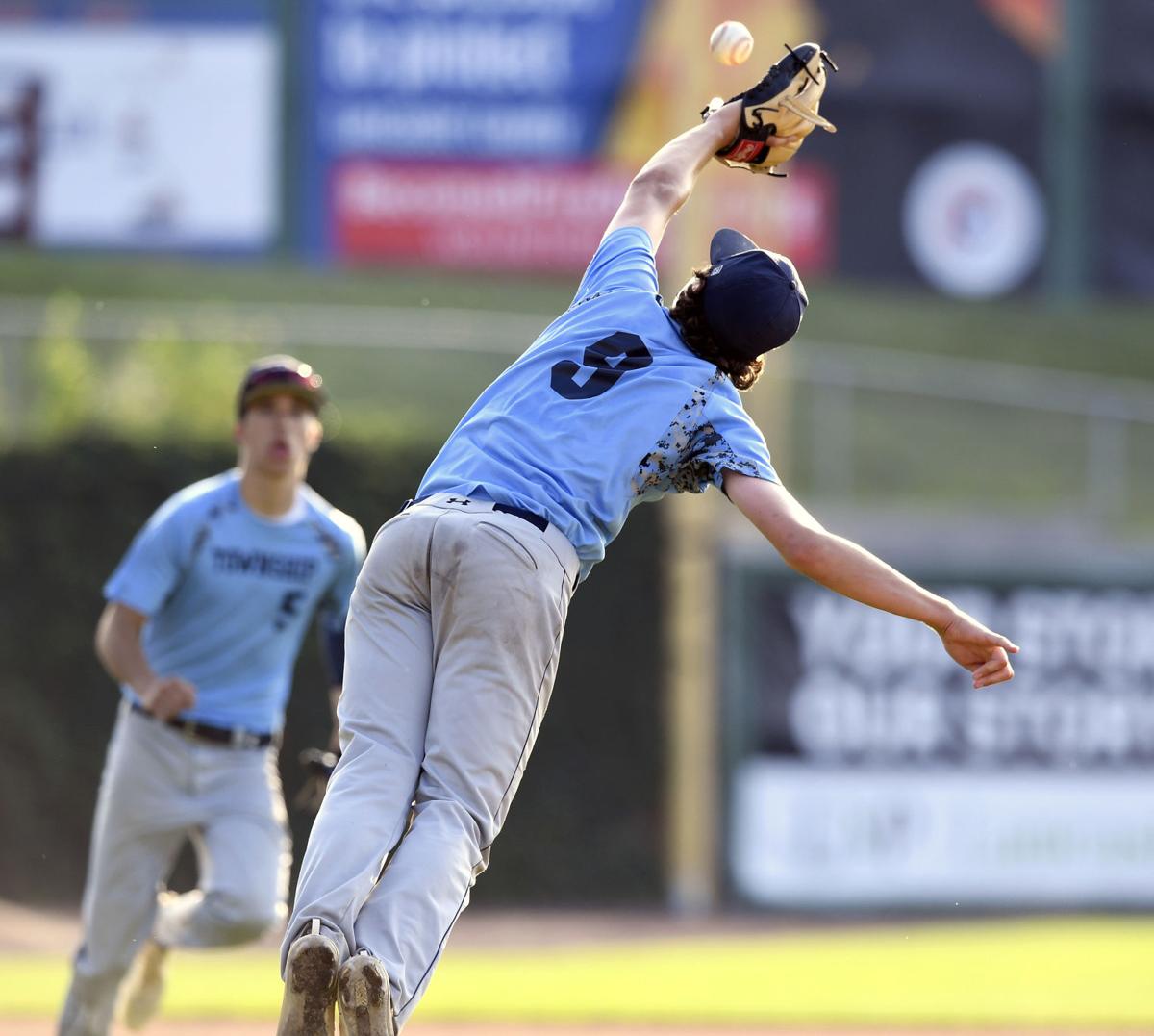 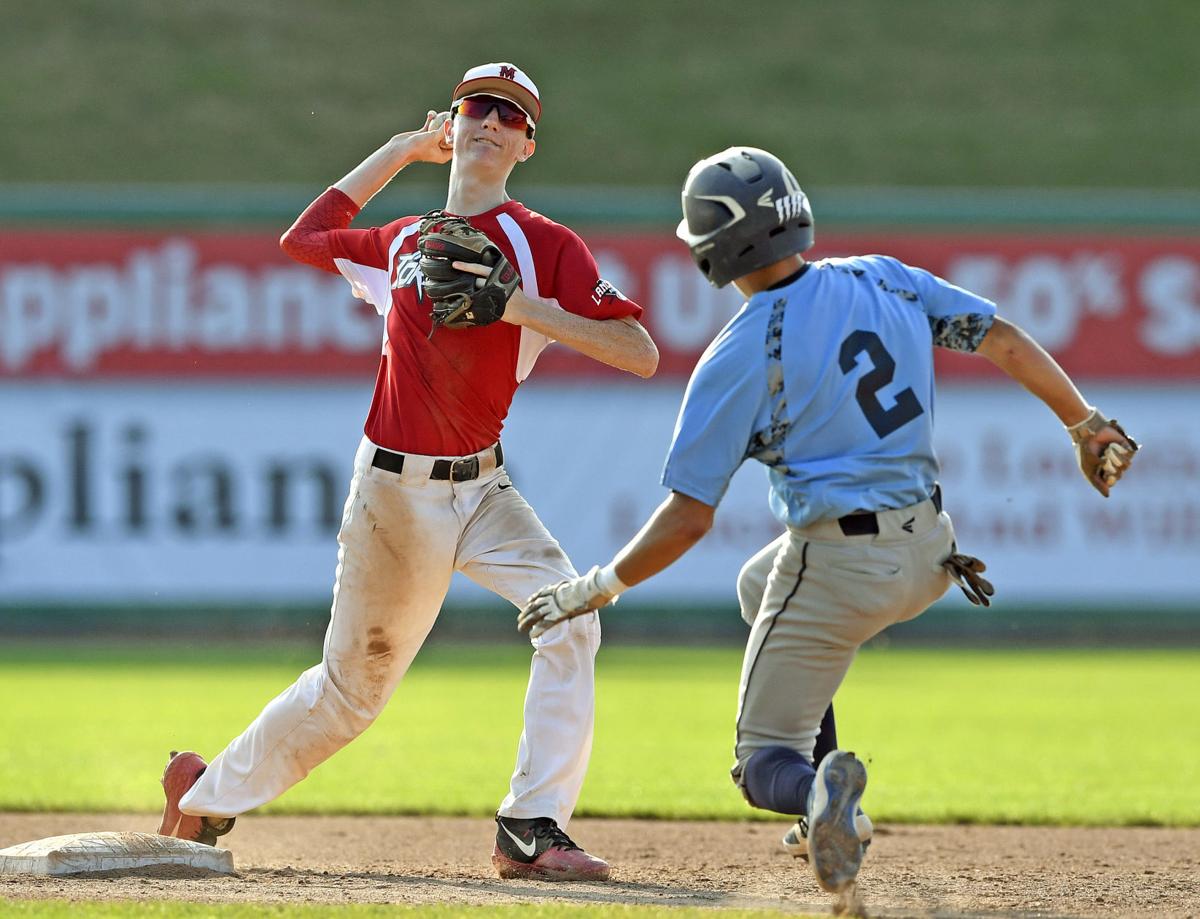 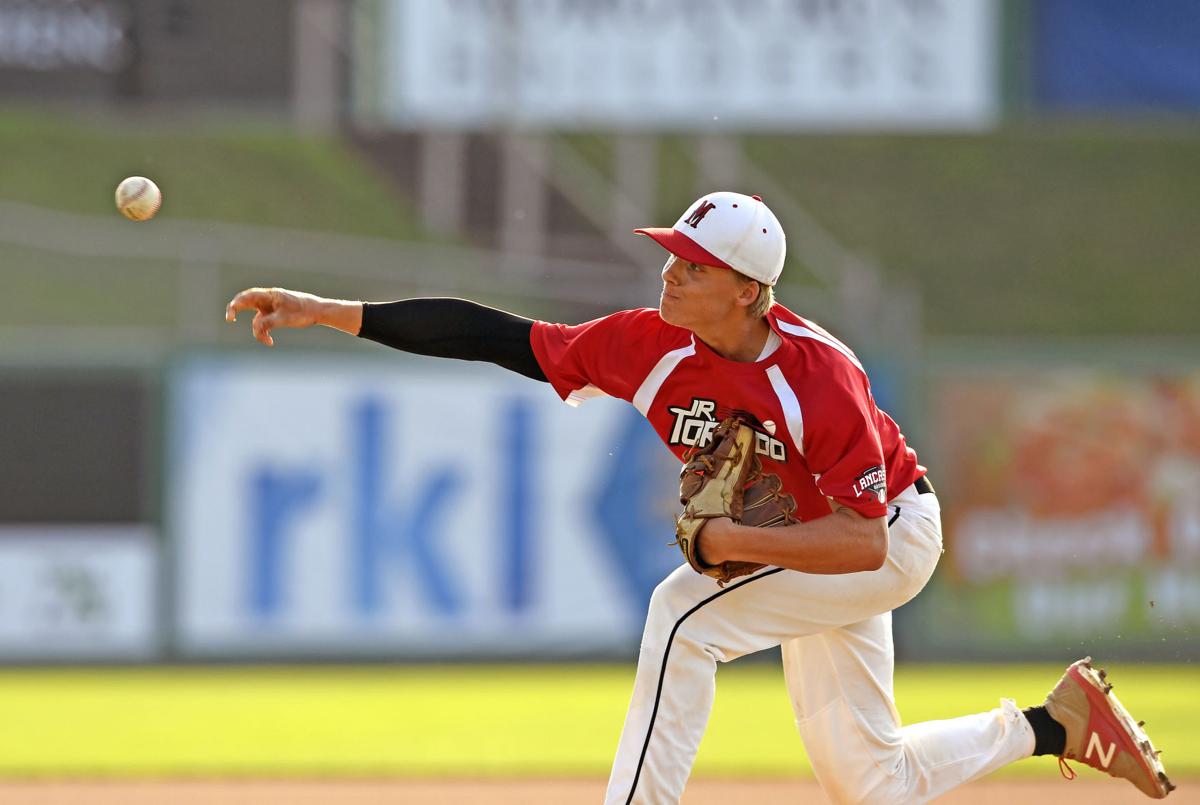 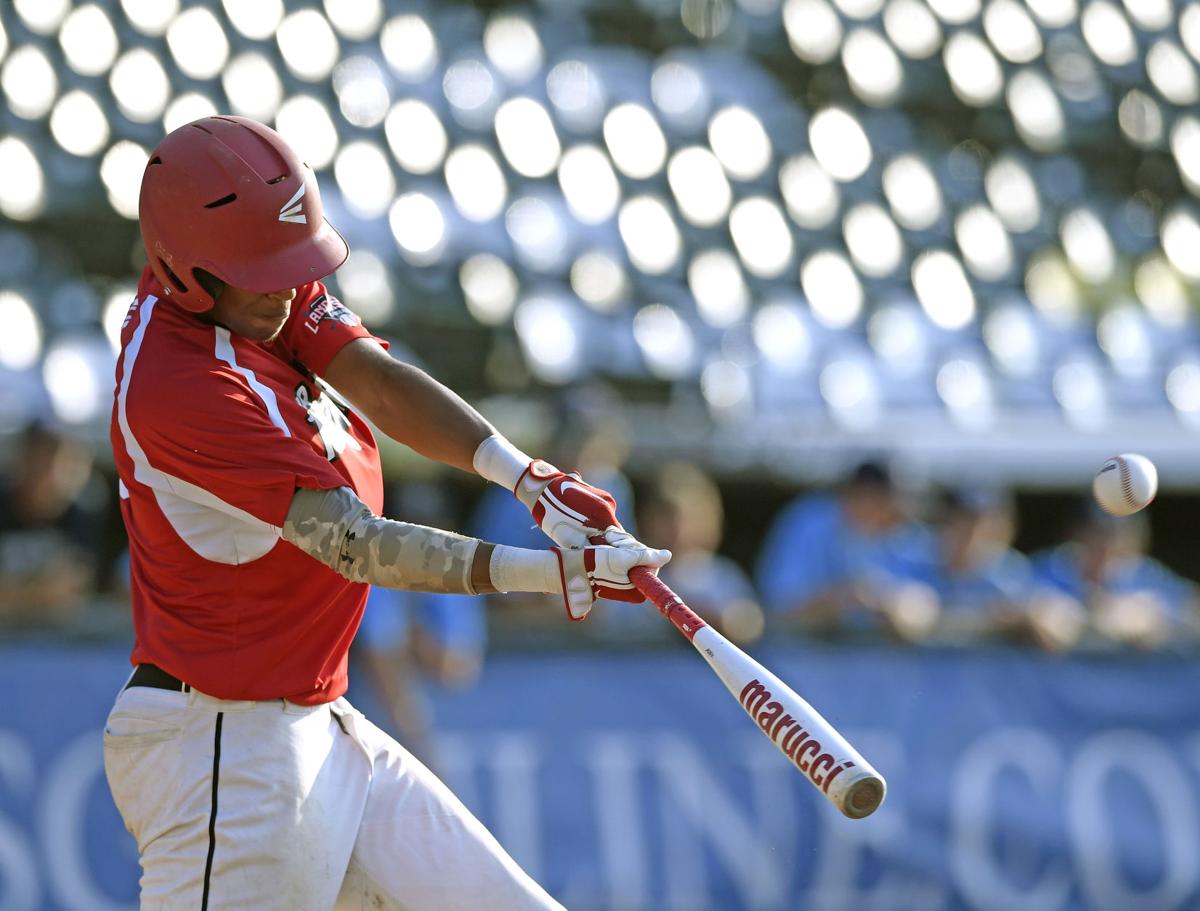 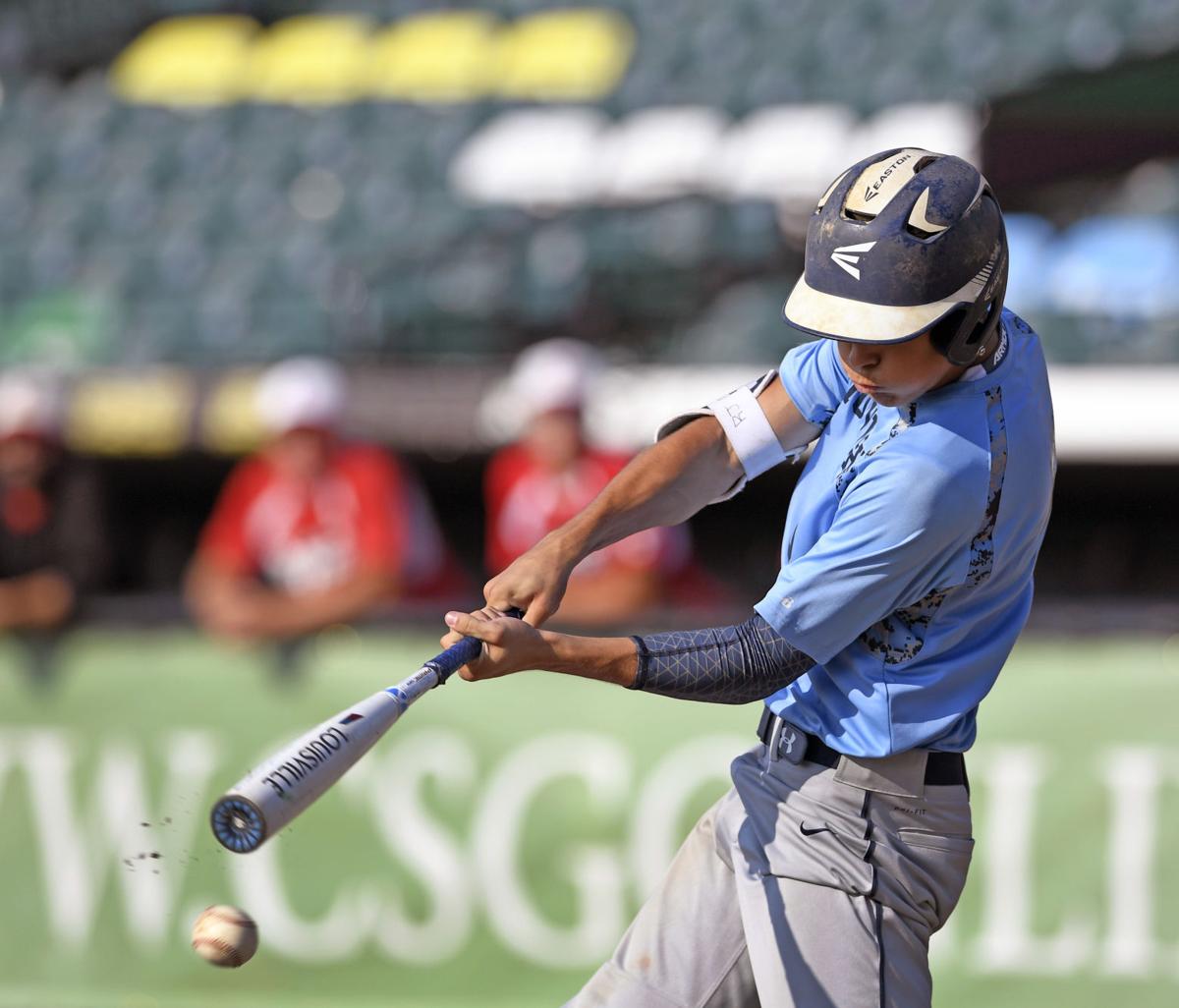 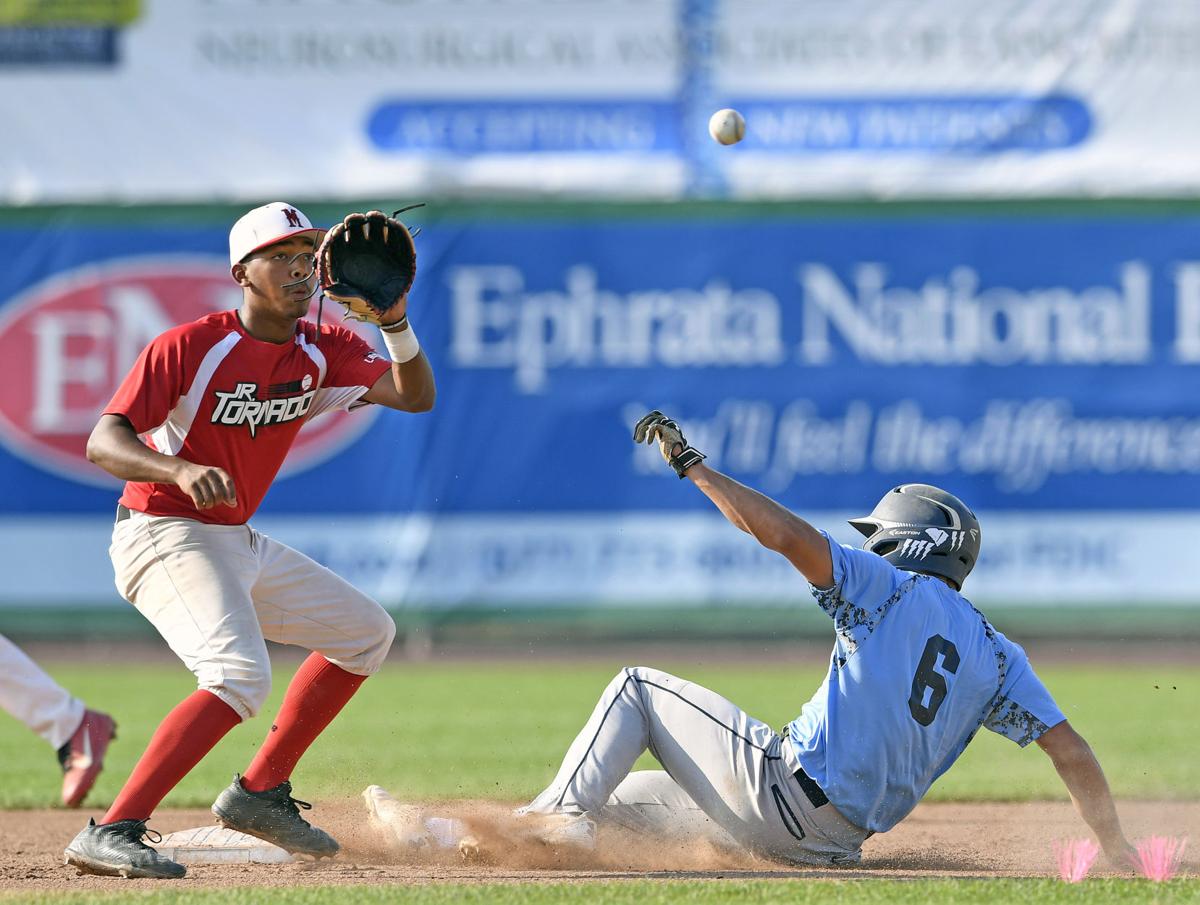 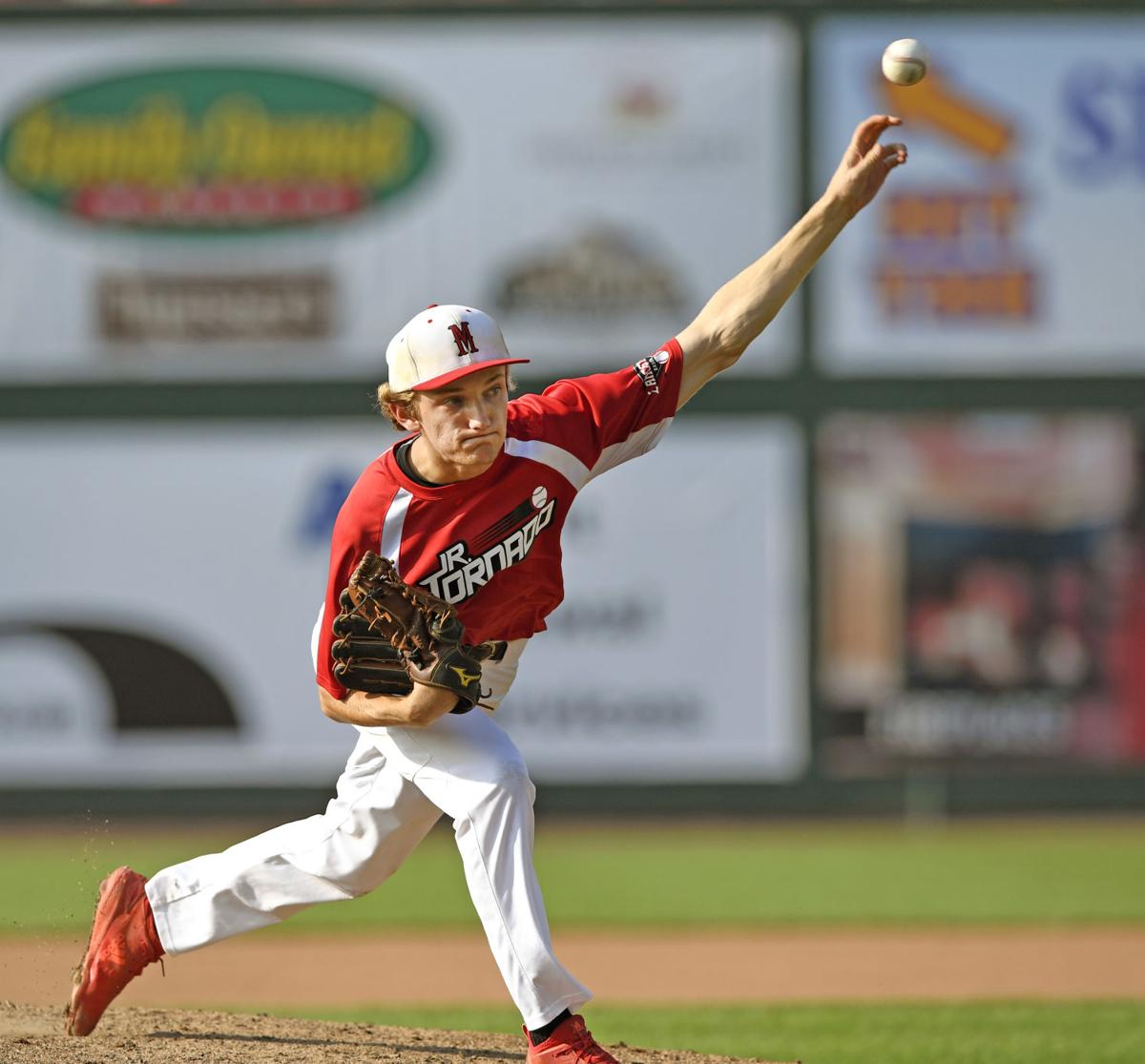 Lancaster's Eliam Santana (6) pounds the base in frustration after getting caught stealing second base to end the 4th inning against Manheim Twp. in an LNP Tournament Midget Semifinal game at Clipper Magazine Stadium Thursday August 1, 2019.

Waiting for his first taste of varsity baseball, Manheim Township rising junior Dylan King has spent the summer getting the flavor of what is to come.

“The two batters in front of me (Kyle Musser and Ryan Jones) didn’t get good pitches to handle,” King said. “So I had to pick them up, get those two runs in.

He did his job on the hill as well, despite giving up five runs, four earned. He walked five, but struck out eight, and allowed just four hits, three coming in Lancaster’s two-run third inning.

It had been an odd week for the Lititz Oddfellows, who opened their their quest to return to…

“My strike to ball ratio probably wasn’t that good,” King said. “I did my job. I got outs.”

So did Lancaster’s Justin Peifer, who came in of relief of starter Alex Vine in the second inning retiring — with the help of a double play — the last 13 Township batters of the game.

“Looking back, hindsight’s 20/20 all the time,” Lancaster coach Justin Esh said when asked if, maybe, he should’ve started Peifer.

“(He) did a nice job of coming in, settling things down and giving us a chance.”

Esh had no misgivings in giving Alex Vine the ball to start.

“He’s got the job done more times than not,” Esh said, “so we were comfortable with him.”

Township erased that in the bottom of the first on King’s RBI double and Ryan Flury’s two-run single.

Flury had a night as well as the rising sophomore finished 2 for 3 with three RBIs.

“Before, I was struggling, dropping my bat,” Flury said. “I stayed back and ripped it. If you keep your hands back, good things happen.”

Down 7-2, Lancaster drew closer in the third on RBI hits from Silfies and Dinzey Feliz.

They made a Township error hurt in the fifth as Alex Ruiz plated Kolby Esh with a sacrifice bunt.

But Michael Heckman and Colin Fitzgerald each threw an inning of scoreless relief to shut the door.

“I’m proud of the way they battled back, being down 7-2 early,” Justin Esh said.

“If we had a better start tonight we could’ve won this game.”