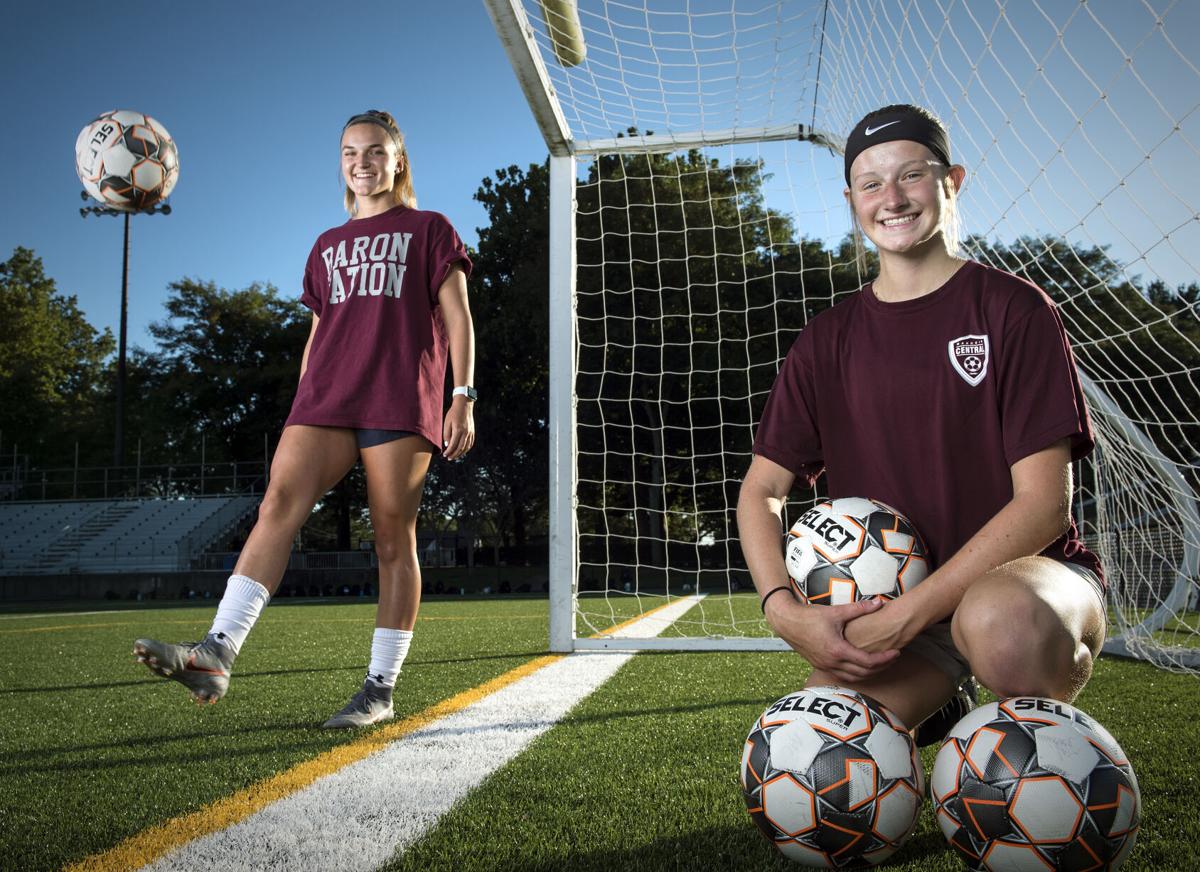 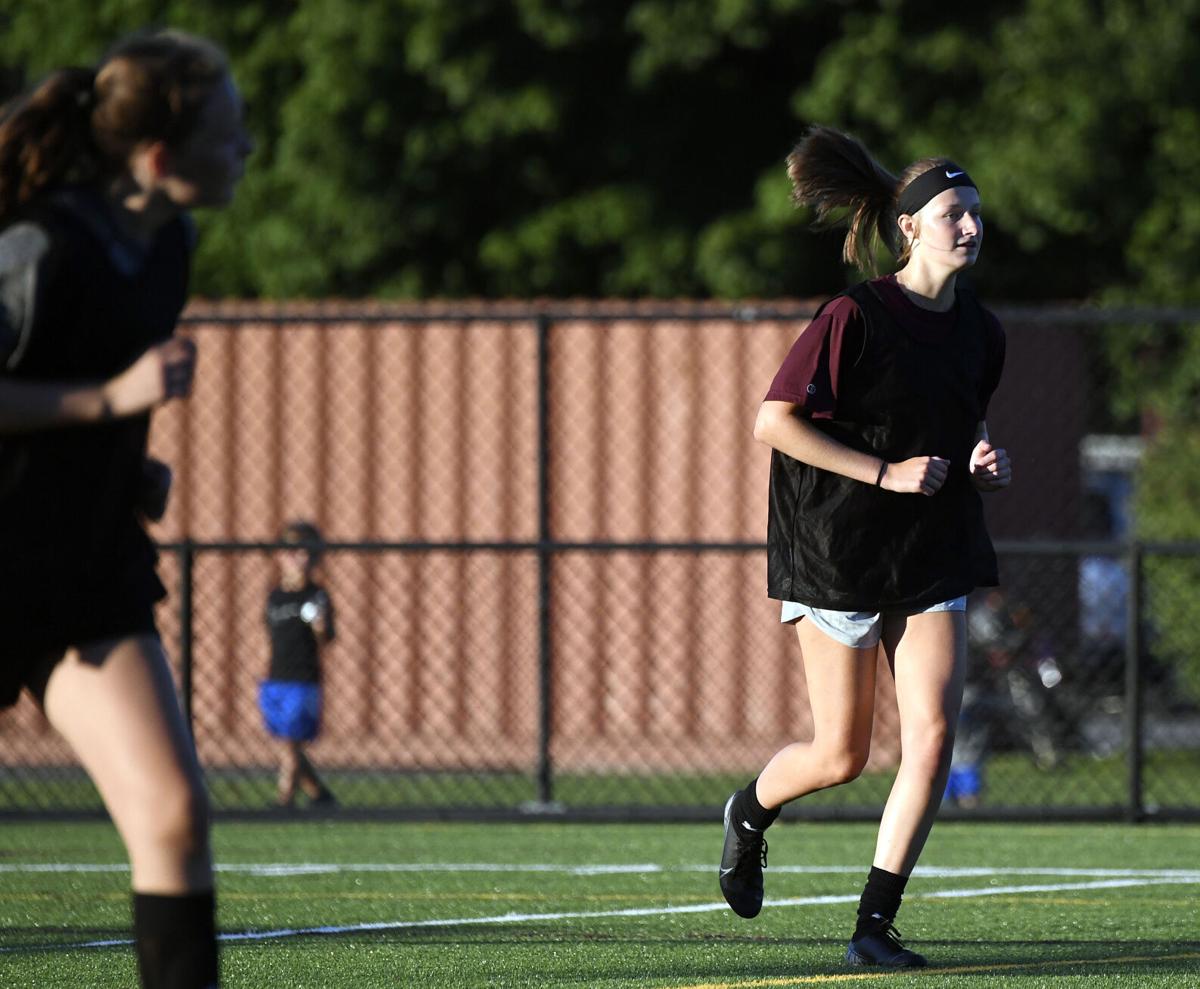 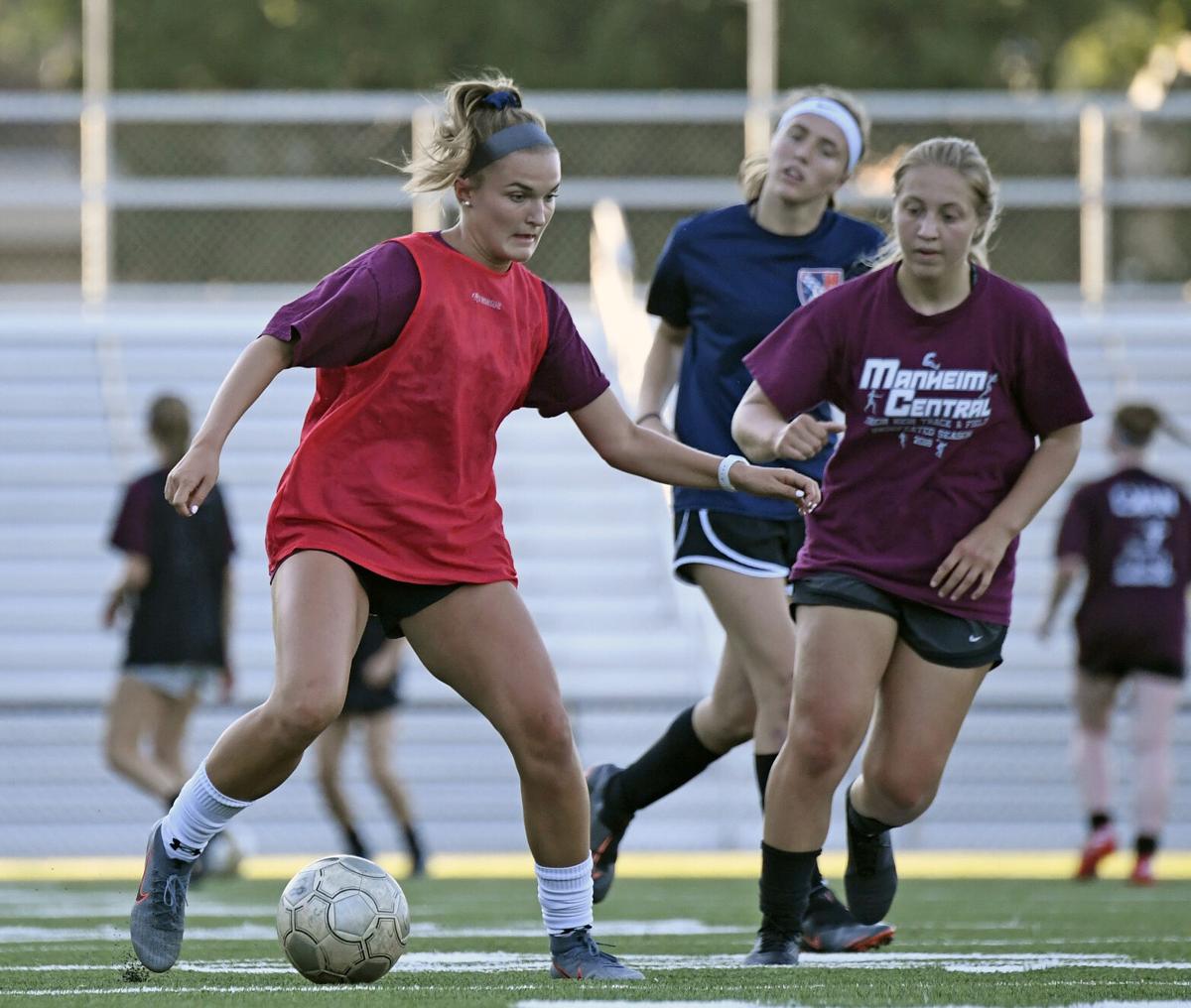 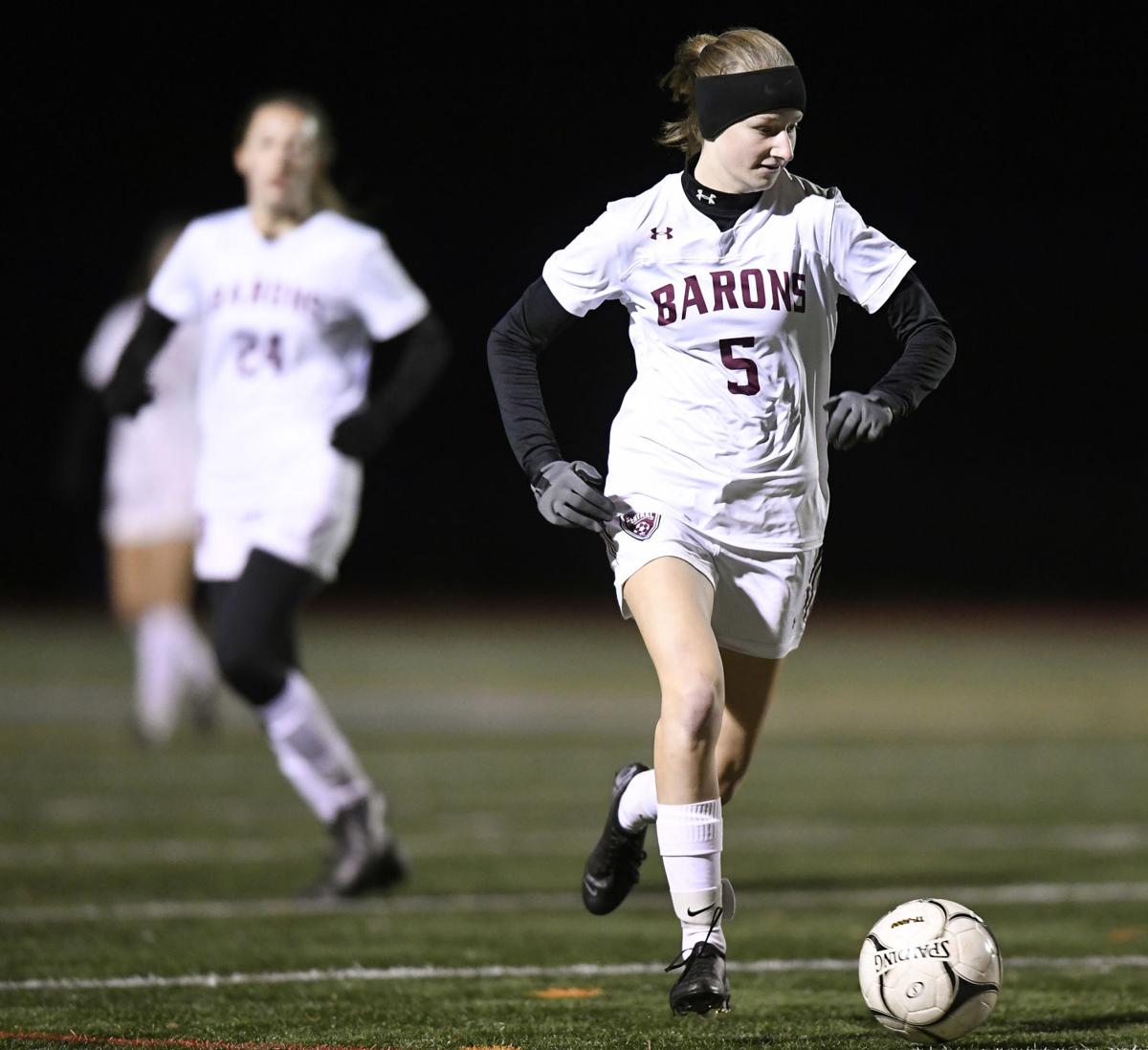 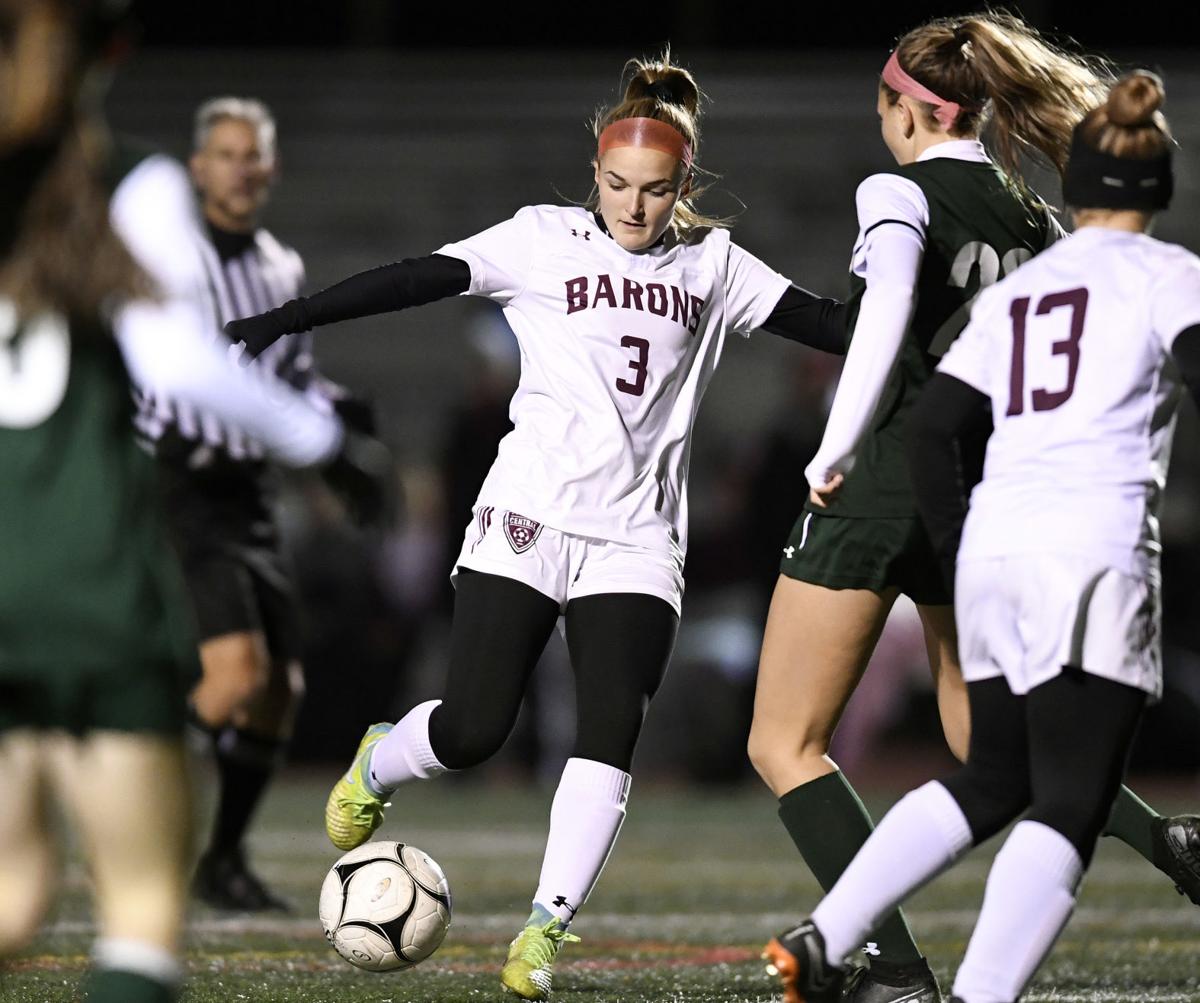 The Barons have been the toast of the District Three Class 3A playoffs, winning three titles in the last four years, including back-to-back crowns.

“To live in Manheim and to be a Baron, it's in your blood to win,” Central junior forward Hannah Adair said. “I think that pushes all of us. We all want to carry on the legacy here, and none of us wants to let the team down. The culture of our team is to be friends and to be a family. That kind of positivity goes a long way.”

Like a trip to last year's Lancaster-Lebanon League title match — albeit a nail-biter 1-0 setback against Ephrata, which bagged its first league crown — and to those three district championships in four years, plus a pair of appearances in the PIAA state quarterfinals over that clip. And a ton of respect from players and coaches from around the league and the district, which is also a good thing.

By the way, in the 2018 district finale against Mechanicsburg, Adair, then a freshman, netted the game-winning goal. She also scored in last year's title scrum against the Wildcats.

“I'm a culture guy,” fifth-year Central skipper Andrew Stoltzfus said. "I knew the tradition of excellence was here, but I wanted to make sure it wasn't just about winning. I wanted it to be about supporting each other and building a great program. We're not going to keep winning three out of four district titles, but if you put that culture in place, we're still going to make the most out of it every year, and they're going to have a great experience.”

Which, at the end of the day, is what it's all about. And now that the PIAA has green-lighted fall sports, the Barons will get to experience a season — albeit truncated — full of bull's-eyes as the back-to-back reigning district champs. That's a lot of pressure.

“Before games we have chat sessions,” Central senior center-back Tylee Stauffer said, “and we always tell each other to play for the team. Having that mindset gives us a lot of motivation because you want to do better for the team.”

And for the players who patrolled the pitch in Manheim before them. That's big in Baron Nation.

“Playing high school soccer and playing here has always held a special place in my heart,” Adair said. “Ever since I was a little girl, I'd come to all of the games here. I remember Jenna West and Olivia Novak. They were my idols. I looked up to them. I wanted to be them.”

Ditto for Stauffer, who rattled off the names of a bunch of former Barons’ players she looked up to, like Maddie Carper, McKenna Copley, Tori Fahnestock and Autumn Greiner.

“The girls who come through here watched the kids ahead of them,” Stoltzfus said. “They know them. They know who they are and they look up to them. The current class wants to do better than the class before them. But to get there, all of the classes have to work together.”

“It's Manheim,” he said. “They know how much it means here, and they know what it means to work hard.”

With fewer teams making the district bracket later this fall, Central will have to work harder than ever if the Barons want a tourney three-peat. Their mantra: The words heart, resilience, ambition and family are emblazoned on the back of their practice shirts.

“This team and the girls here, we've always had a ton of heart, and we've always had a drive to win,” Adair said. “That's our main focus: We're athletes, and we love winning. So we set the bar very high for ourselves because we want to achieve within the team, and we want to achieve within ourselves. So it's super important to set a high bar; you need to set your goals high and achieve as much as you can.”

Stoltzfus' crew wouldn't want it any other way.

“I know we'll have targets on our backs, but that means people are watching us,” Stauffer said. “Personally, I don't mind that kind of attention. And for us, as a team, it will motivate us to do better than last year. I'm very proud of what we're doing here. It was a great feeling to win those district games, and to have played a part in those games to help us win. Now this season, we have to come out from the get-go ready to play.”

According to Gov. Tom Wolf’s Plan for Phased Reopening, and the Pennsylvania Interscholastic Athletic Association’s return to play guidelines …