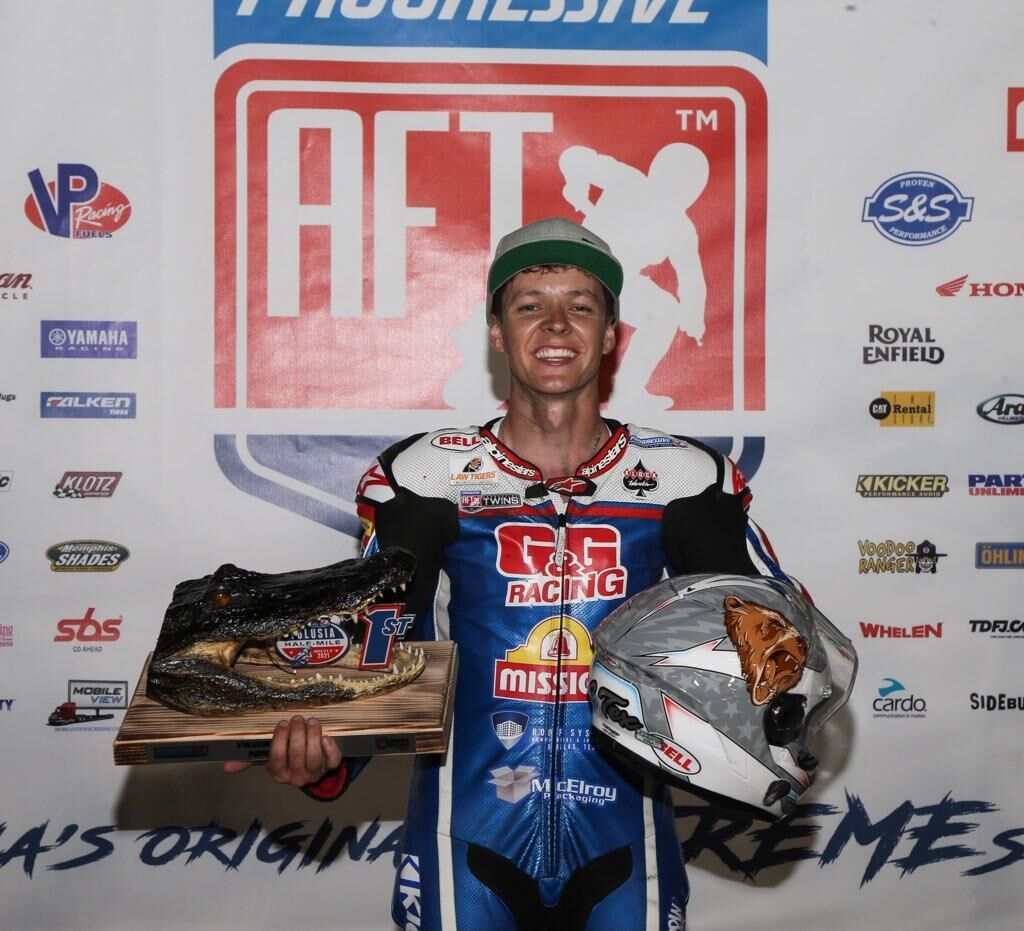 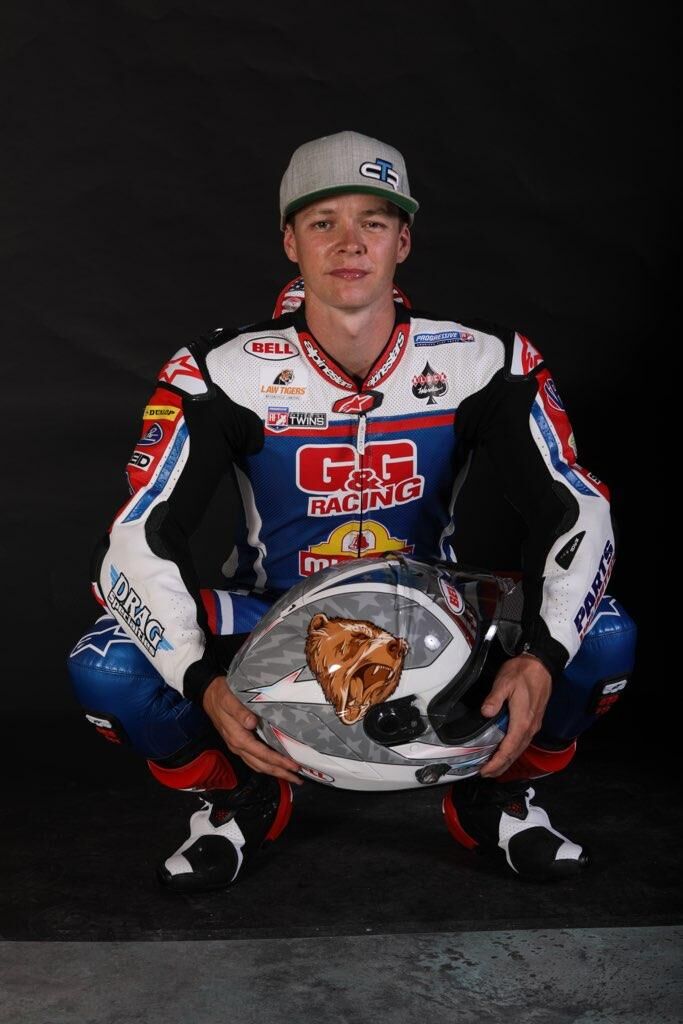 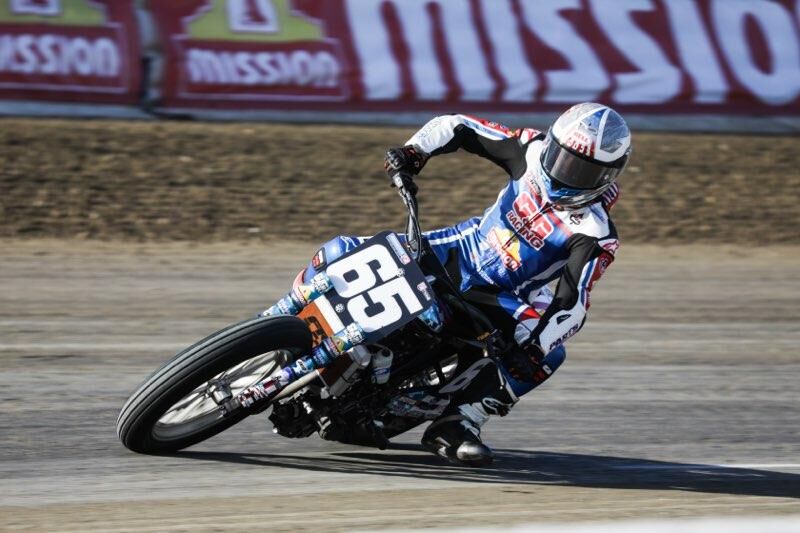 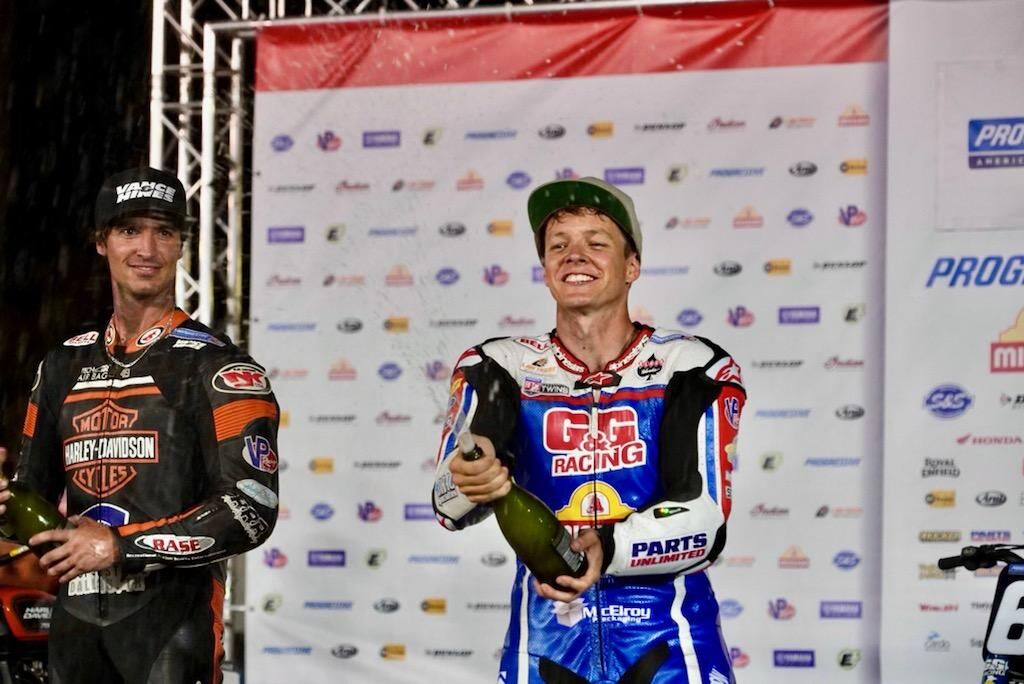 Below is a look at those results.

“I know these guys are super talented -- they’re probably more talented than me,” Texter was quoted saying on AmericanFlatTrack.com. “But I just don’t feel like anybody is putting the work in that I am, day after day, and I have to because these guys are such good riders.”

Yeww! Hype on that one. Awesome @AmericanFlatTrk win last night in Joliet, Illinois. Fun, clean race with @chadcose. So appreciative of all the fans coming out and supporting us. Amped to get home and ready for the next one. pic.twitter.com/gN16Wmd8kd

Four spots behind Texter was Garden Spot alum Ryan Varnes (No. 68 RVR/RoyBuilt Don’s Kawasaki Ninja 650), who placed fifth, logging his second top-five finish of the season. Varnes is currently in fifth place in the overall points standings on the season.

Singles: Competing in the AFT Singles main event, Lancaster native Shayna Texter-Bauman (No. 52 Red Bull KTM Factory Racing 450 SX-FFE) placed 10th. Along with a pair of first-place finishes in the first two races of the season, Texter-Bauman sits fourth in the overall points standings in the Singles division. Texter-Bauman is still the winningest AFT rider in singles division history. Her accomplishments were recently featured on thedrive.com.

The next American Flat Track event is scheduled for June 18 in Oklahoma.

Cory and Shayna Texter nearly lost it all when their father died five years ago. But they got back on their feet, and went on to compete in the X Games in June.