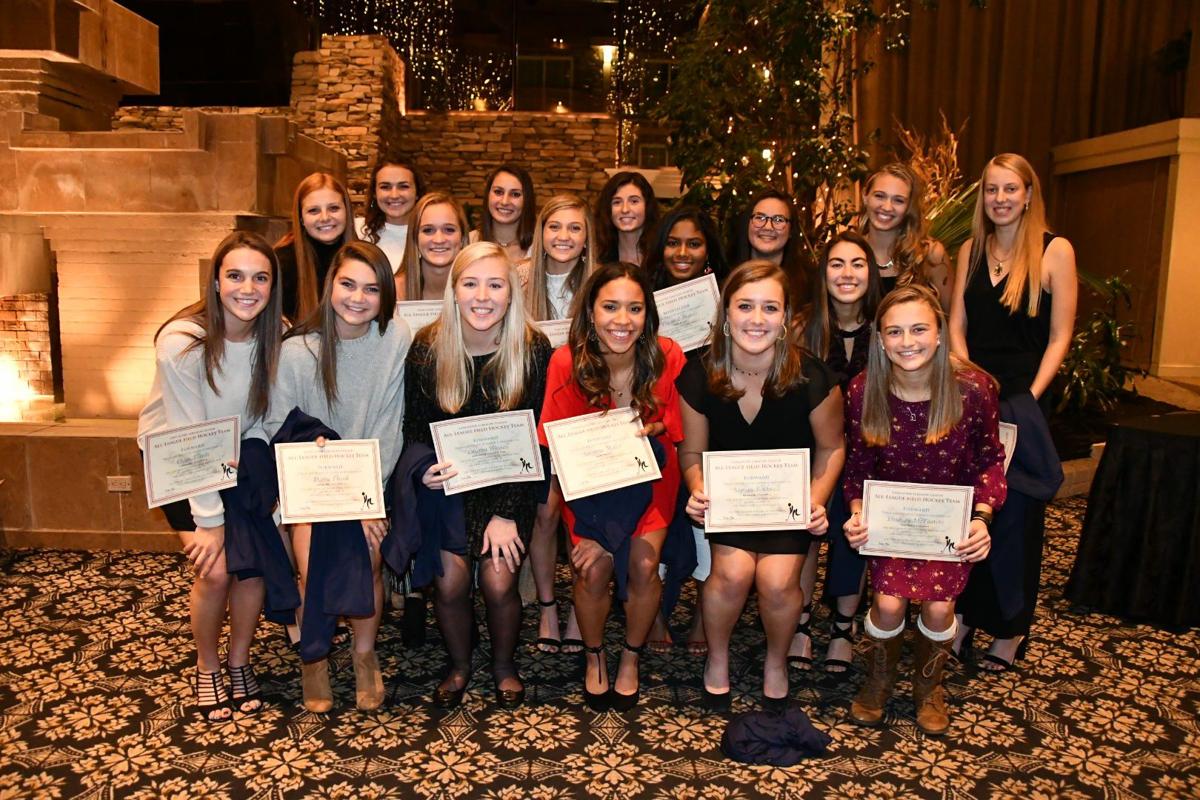 Members of the All-League team pose for a picture at the 2019 Lancaster-Lebanon League field hockey banquet on Wednesday, Nov. 13, 2019. 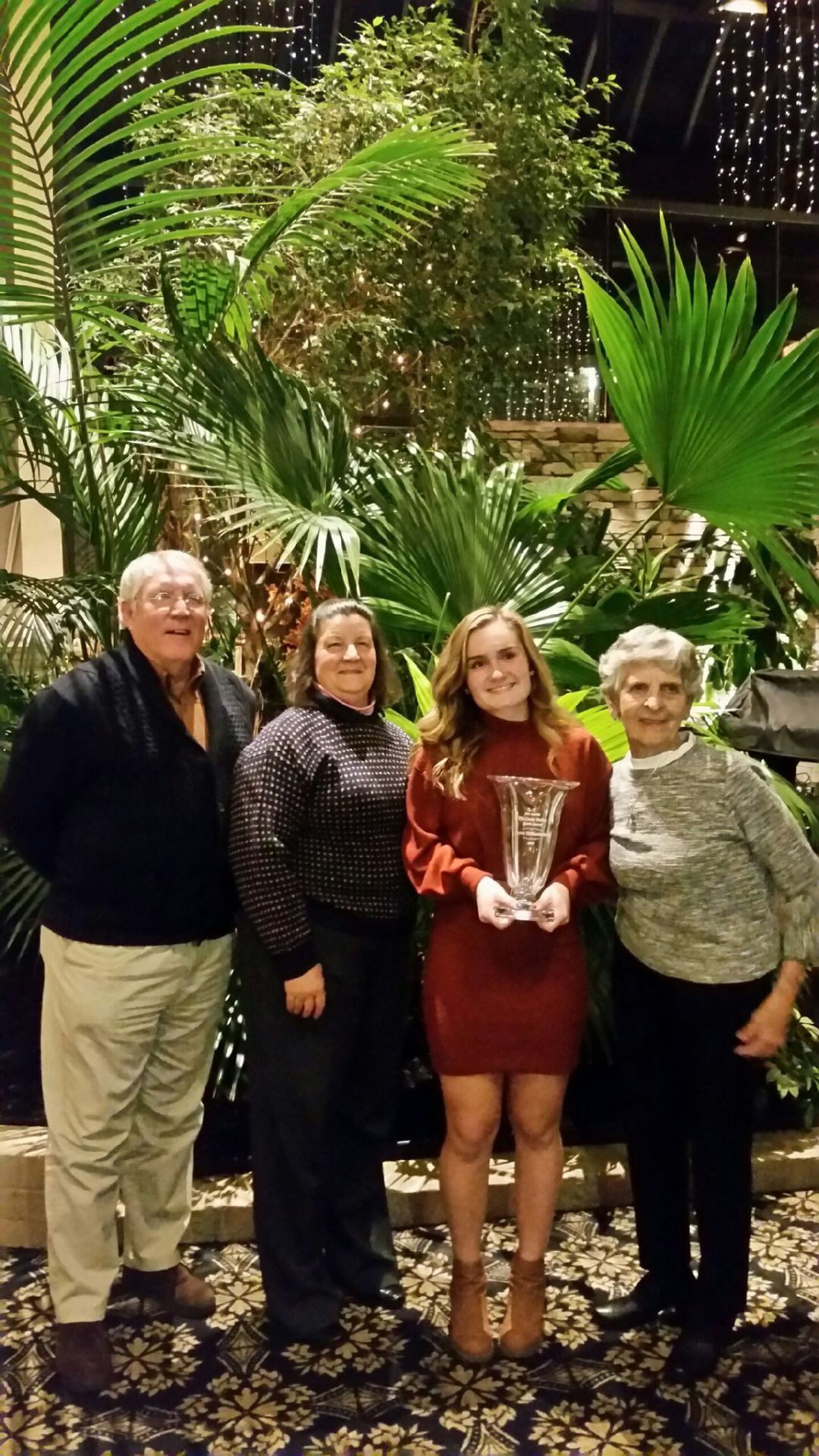 The 2019 field hockey season may have come to an end earlier than expected, but there was still a lot to celebrate at the Lancaster-Lebanon League banquet.

League coaches recognized the athletic and academic achievements of their student-athletes this fall in a season that saw a number of teams reach historic milestones by handing out awards and revealing the 17-player All-League team.

Lampeter-Strasburg led the way with four all-star selections followed by Penn Manor and Conestoga Valley with three each.

Coach of the Year honors were given to Conestoga Valley's Kelly Dearolf in Section One, Lampeter-Strasburg's Katrina Swarr in Section Two and Northern Lebanon's Ronda Sowers in Section Three

In just her second season at the helm at CV, Dearolf led the Buckskins to a 15-6 record and the program's first section title as they finished as Section One co-champions with Penn Manor. CV advanced to the L-L semifinals and the District Three Class 3A quarterfinals, where the Buckskins were eliminated by eventual state champion Wilson.

While L-S finished third in Section Two, Swarr led the Pioneers to the first league championship in school history with a 2-1 overtime victory over Manheim Township. Julia Smecker netted the winning goal and finished tied with a team-high 21 goals as L-S reached the first round of districts in Class 2A.

The historic runs continued in Section Three, where Sowers and Northern Lebanon won their first section title in more than 30 years and finished the regular season undefeated for the first time since 1980. The Vikings qualified for the league and district tournaments, ending the year with a 17-2-1 record.

Warwick's Rylee Diffenderfer won the Linda Shelley Spirit Award. The award, which includes a $500 scholarship, is named in honor of the former coach and longtime area official who died in 2011 from ovarian cancer.

Diffenderfer, who will play field hockey at Rider University next fall, became the first Warwick player to receive the award.

Success in the classroom was also recognized as 85 seniors who earned a GPA of 3.5 or higher were named academic all-stars. View the full all-academic team below.