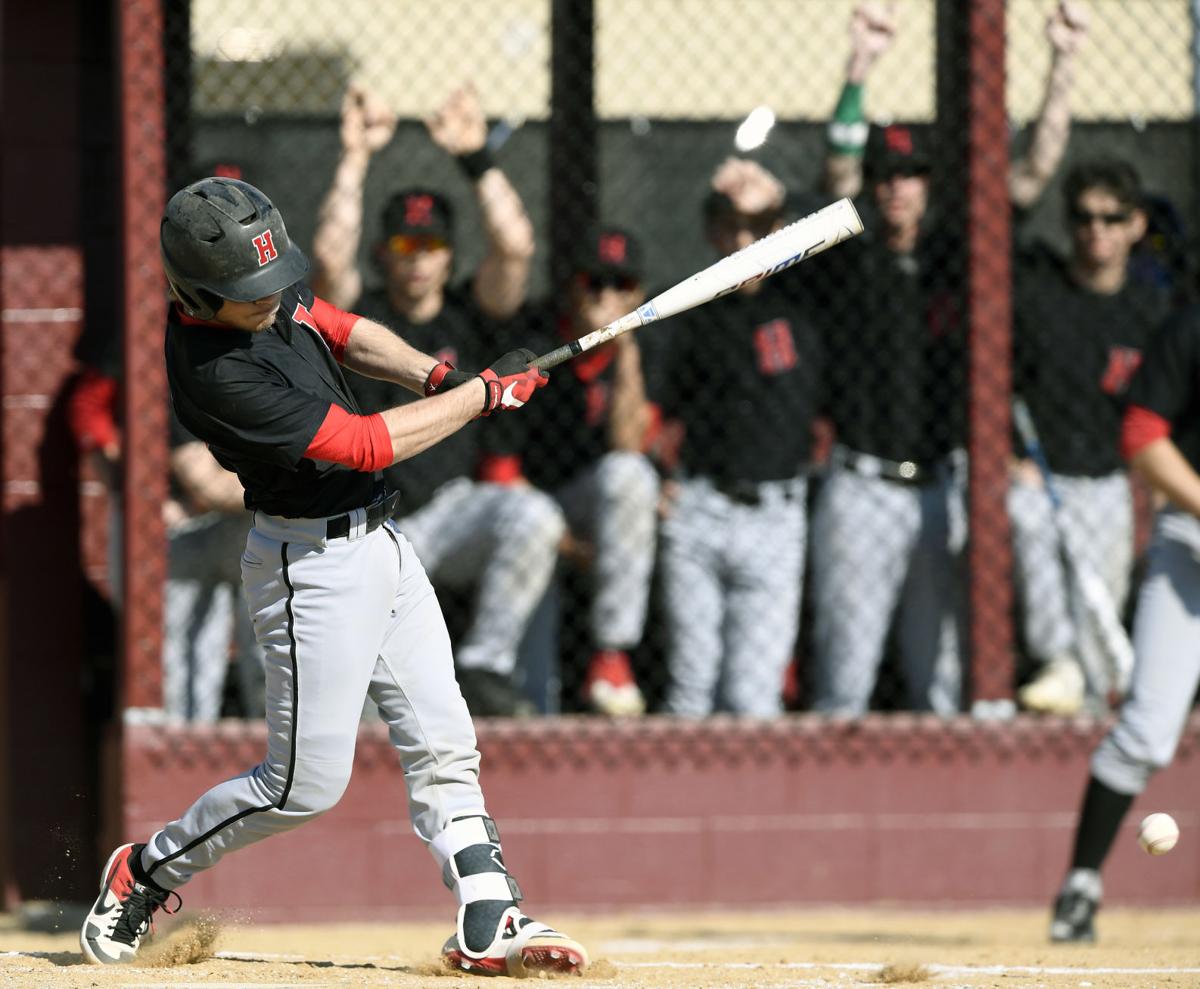 Hempfield's Cole Houser (27) gets a piece of the ball against Warwick's during first inning action of a Lancaster-Lebanon League section one baseball game at Hempfield High School Wednesday April 3, 2019. 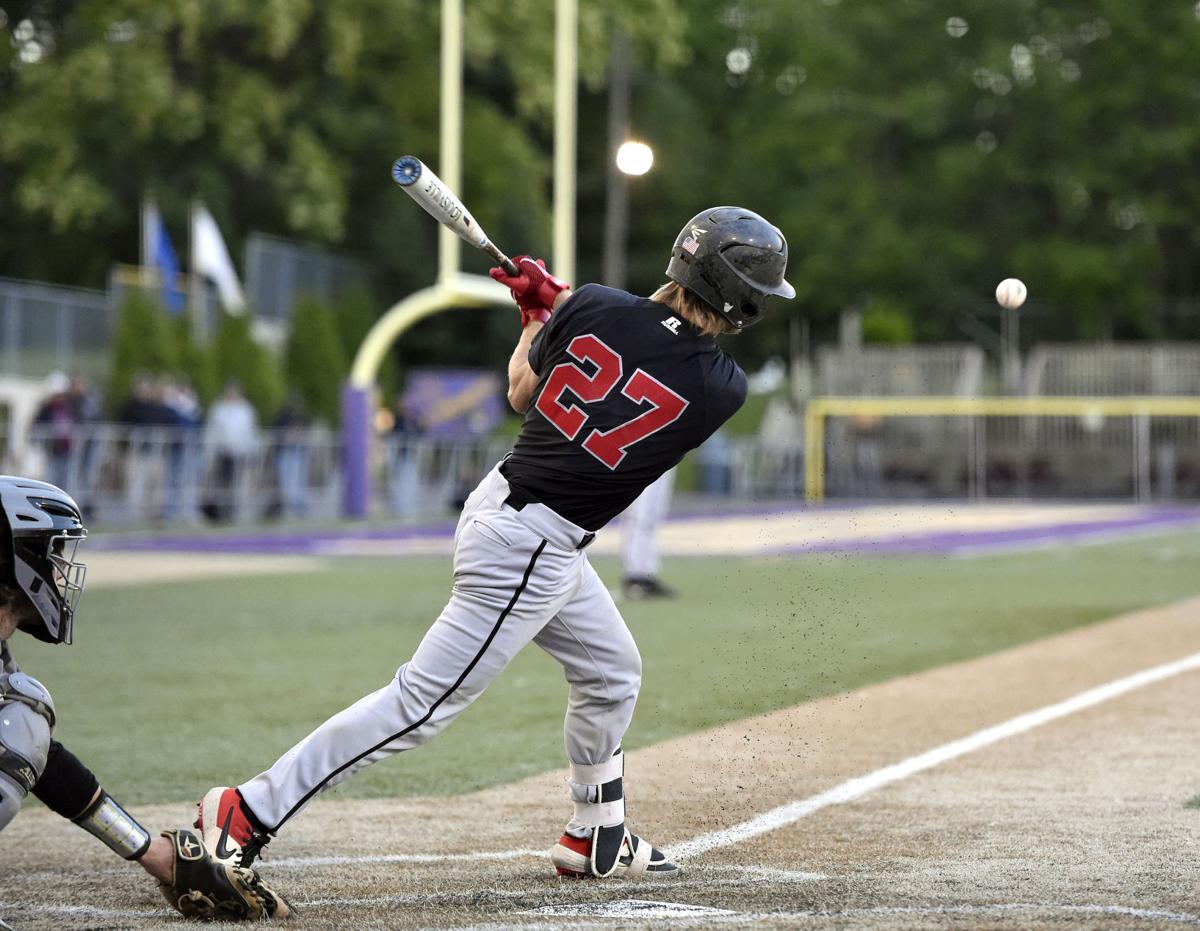 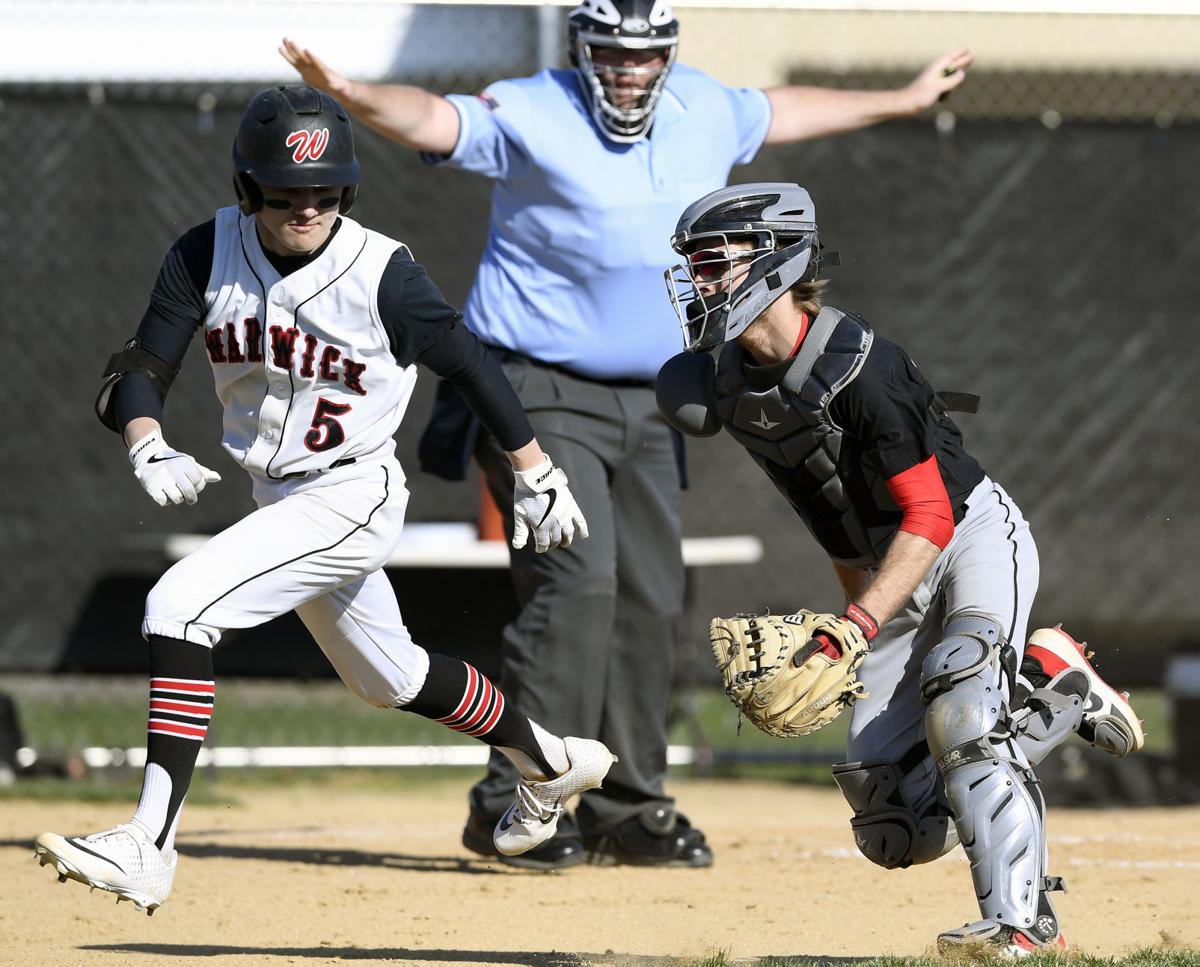 Hempfield's Cole Houser (27) gets a piece of the ball against Warwick's during first inning action of a Lancaster-Lebanon League section one baseball game at Hempfield High School Wednesday April 3, 2019.

The catcher’s mitt, mask, chest protector and shin guards. And it takes a special person to want to don that equipment and squat behind home plate day after day, pitch after pitch, game after game.

“You have to have the courage and the fearlessness to catch, and to put that gear on,” Black Knights coach Jeremy Morrison said. “You can’t be blinking back there when the batter is swinging because you don’t want to get hit. It takes a special person to catch, and to catch well. You need an incredible skill set, and that’s why it’s the most important position in baseball, in my opinion.”

In Houser, Hempfield had one of the best in the business behind home plate in the Lancaster-Lebanon League the previous three years. How good was Houser in the Knights’ program?

For starters, the University of Pittsburgh, an ACC program, scouted him in middle school, and very early in his ninth-grade season in Landisville, Pitt offered Houser a scholarship. Second, Houser cracked Morrison’s starting lineup as a freshman, and that’s something you don’t see everyday: A catcher, calling pitches and handling a varsity pitching staff, as a ninth-grader.

“He was ready to play varsity baseball as a freshman,” Morrison said. “That speaks to his baseball IQ and his baseball acumen. He’s fearless and he’s a baseball sponge; he’s soaked up everything that our coaches have given him.”

“He was a first-team all-star all three years, and that’s pretty remarkable,” Morrison said. “That probably tells you more than I could about his talents, because it means the Section 1 coaches saw his abilities.”

Houser also helped Hempfield win the Section 1 title and reach the L-L League championship game in 2019, in what turned out to be his final campaign for the Knights. The COVID-19 pandemic led to the cancellation of this season.

Houser’s 2019 season was also special considering he snapped his tibia in a home-plate collision during a showcase event in New York in the offseason. After a long winter rehabbing, Houser was back in Hempfield’s starting lineup for the season-opener last spring.

Houser’s hero is Philadelphia Phillies catcher J.T. Realmuto. If you’re going to emulate one guy in the baseball catching world, he’s certainly a good one.

“Best catcher in the game,” Houser said. “He’s flexible, he has a strong arm and he receives the ball at a very high level. He’s the kind of catcher I’d like to become someday.”

Houser, who wrestled earlier in his athletic career, hence his flexibility, is certainly on his way, with quite the hardball resume:

He plays travel baseball for the elite EvoShield Canes out of North Carolina. He’s participated in numerous showcase events all over the country. Twice he’s been invited to tryout for a Team USA roster in his age division. He’s set to play in a prestigious Cal Ripken League later this summer in Maryland. He’s chatted with scouts from the New York Mets and the San Diego Padres about a potential pro career. And Houser has pocketed a scholarship from Millersville University.

“Cole’s baseball IQ is really strong,” Morrison said. “He remembers things from years and years and years ago. He’s just a huge weapon. He has a great pop time and a quick release, and he’s really worked at those things. It’s a matter of pride for Cole. He always wants to be the best catcher on the field that day. That’s what drives him.”

Pitt ended up going through a coaching change a few years back, and the Panthers pulled their offer to Houser, who was also in contact with Xavier and Iona before he reached out to MU skipper Jon Shehan, who had a spot for Hempfield’s all-star backstop.

There will be at least one catcher ahead of Houser on MU’s depth chart, and he’s a good one: Conestoga Valley grad and rising senior Luke Trainer is a two-time PSAC East first-team all-star. He was hitting .415 with three homers when the Marauders’ season was halted back in March because of coronavirus concerns.

“I’m not looking to go in there and take anyone’s spot,” Houser said. “I think we’ll all be looking to do the same thing: Getting to North Carolina (for the Division II finals) at the end of the year.”

No baseball season, but a standout career for Columbia 3-sport athlete Ryan Redding

Believe it or not, Hempfield alum Derek Manning claims he didn’t apply himself as much as he could have in high school.

At direction of NCAA for D-II institutions, Millersville to reduce games for 2020-21 academic year

Zoe Eckman was 8 years old the first time she climbed up on a mountain bike.

No sports until 2021 for PSAC schools, including Millersville

The member schools of the Pennsylvania State Athletic Conference, which includes Millersville University, announced Wednesday morning that its…