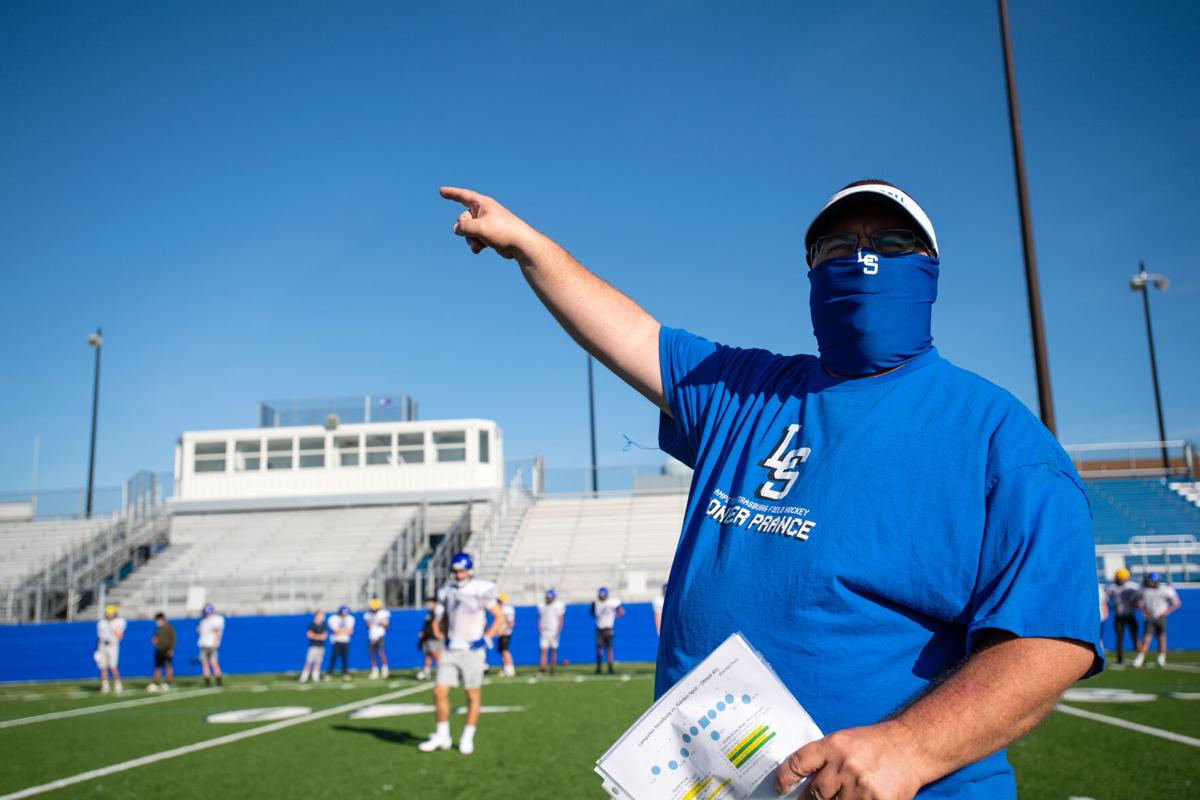 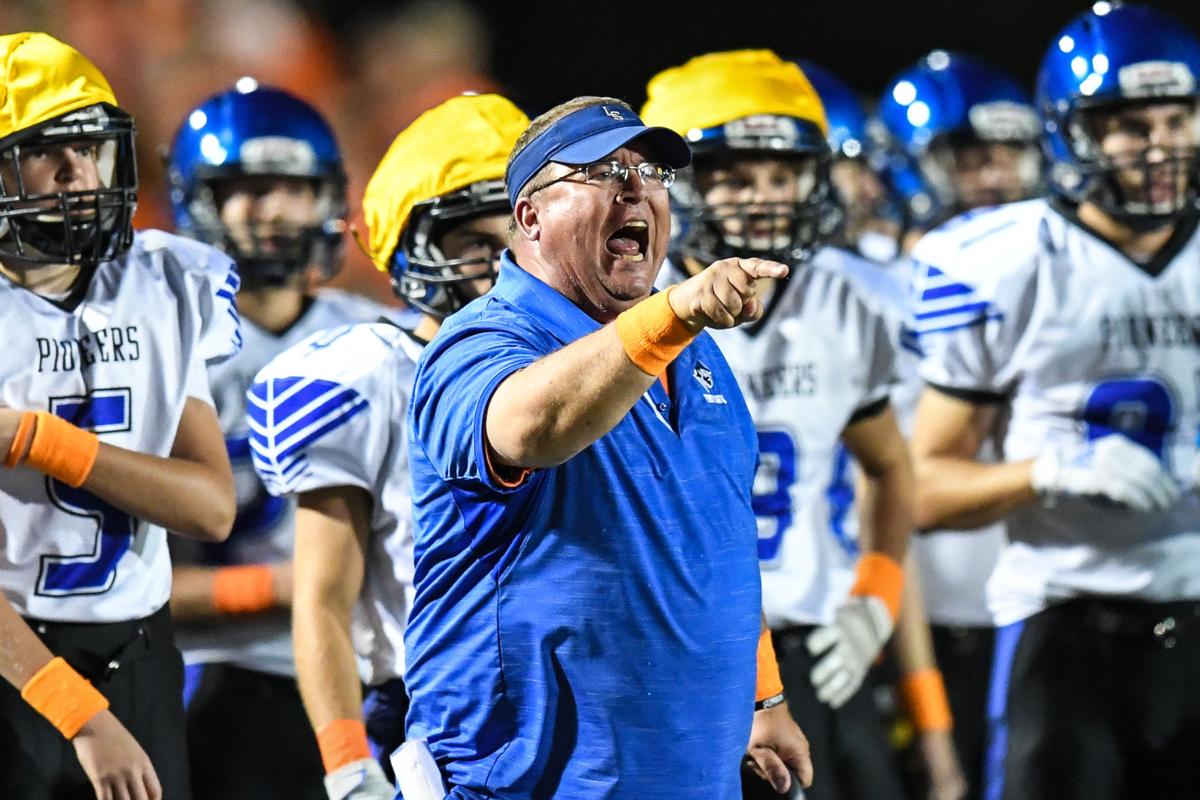 Lampeter-Strasburg head coach John Manion is not happy with a penality called against his team during week 6 high school football action at Hempfield High School Stadium in Landisville on Friday, September 27, 2019.

Lampeter-Strasburg head coach John Manion is not happy with a penality called against his team during week 6 high school football action at Hempfield High School Stadium in Landisville on Friday, September 27, 2019.

But later that afternoon, he knew something was dreadfully wrong.

“I got home, and within an hour, everything hit me at once,” said Manion, Lampeter-Strasburg’s longtime football coach and middle school math teacher. “The first thing I noticed was the fever, and it was 102 right off the bat. Throughout the day, it only got worse.”

Manion had an inkling about his condition, and he headed off to his family doctor on July 7 to get checked out.

On July 9, he got the official diagnosis, and it was exactly what he suspected: A positive COVID-19 test.

“There were a lot of places where I could have gotten it,” Manion said. “Church. The grocery store. We went home (to western Pennsylvania) for a family thing. I had a mask on the entire time, and I socially distanced the entire time. It was one of those freak things; I might have touched the wrong gas pump at the wrong time. Thankfully, nobody else in my family got it.”

Manion’s wife, Rachel, was tested, and her result came back negative. Their kids, John, Megan and Jenna, never experienced any symptoms. Manion avoided contact and kept isolated as much as possible in the house, even sleeping on a different floor and cleaning and sanitizing every item he came in contact with.

But physically, he struggled.

“I looked up the symptoms,” Manion said, “and I had pretty much all of them.”

Manion’s max fever during his coronavirus battle was 103. But when his fever finally broke, he hit another speed bump.

“When the fever broke I thought everything else would get better, but then my breathing took a turn,” Manion said. “I thought I was out of the woods. But I was having problems just walking up and down the stairs because breathing was so hard.”

So hard, in fact, that Manion needed an inhaler. He also monitored his oxygen saturation levels with an Oximeter, and his numbers only dipped below 90 once. Patients battling COVID-19 should have an oxygen saturation number over 90. Anything consistently under that, and a hospital visit and potentially the use of a ventilator is in play.

“I really didn’t get nervous until the breathing problem,” Manion said. “When that hit me at the end of the first week, that’s when it got real.”

In the end, Manion didn’t need a trip to the hospital — or a ventilator.

“There were two days there with the fever and the breathing, and I was pretty much out of it,” he said. “It’s scary when you have to sit down with your kids and tell them that if I’m not here in the morning, I’m in the hospital. I was really close at one point to going in.”

It took a full 14 days, but Manion was finally healthy and returned to his work duties by the end of July.

“I didn’t want anyone else to get it,” he said. “That was my thought process the entire time. I didn’t want anyone else to become a statistic like me. And honestly, I was surprised I got it because I never get sick. I see people the same age as me (50) who have gotten this, and they’ve gone just like that. So that’s scary. This was never a why-me kind of a deal. But I’m fortunate that it worked out for me.”

Manion is thrilled to be back in the classroom, and back coaching his team, which is off to a hot start with a 5-0 record, plus the No. 1 spot in the District Three Class 4A rankings.

The Pioneers won the district title last fall, and they’re hoping for a repeat performance this time around in a truncated season filled with protocols and new normals — playing inspired football for an inspirational coach who faced COVID-19 head on and beat it.

“It was a scary time for me and my family,” Manion said. “It was also an amazing experience to see so many people reach out to help us through it. We had family, friends, teachers, parents of our players, students and so many other people from the community helping us out with everything we could ever need.”

Make your own fall wreath, plant a terrarium: 34 classes for plant lovers to check out in November

'Everyone should vote': College campus voting initiatives carry on despite coronavirus pandemic

ASTON — After not nearly finding an opponent for this weekend, and then sitting on a bus for nearly two hours to Sun Valley on Saturday night,…

Here is what we learned about the Lancaster-Lebanon League football teams from the Week 5 games, as told by the reporters who covered all of t…

Here are the top rushers, passers and receivers from the L-L League football Week 5 games …

The L-L League Quarterback Club has released its top performers list from the Week 5 games. Here are their selections:

For 16 of the L-L League’s 24 football teams, this weekend’s games will signal the end of their head-to-head section battles.

In a crazy first half that featured two defensive safeties, three interceptions — on three consecutive series — two fumble turnovers and a 2-0…

Here is what we learned about all 24 L-L League football teams from the Week 6 games, as told by the reporters who covered all of the action ...