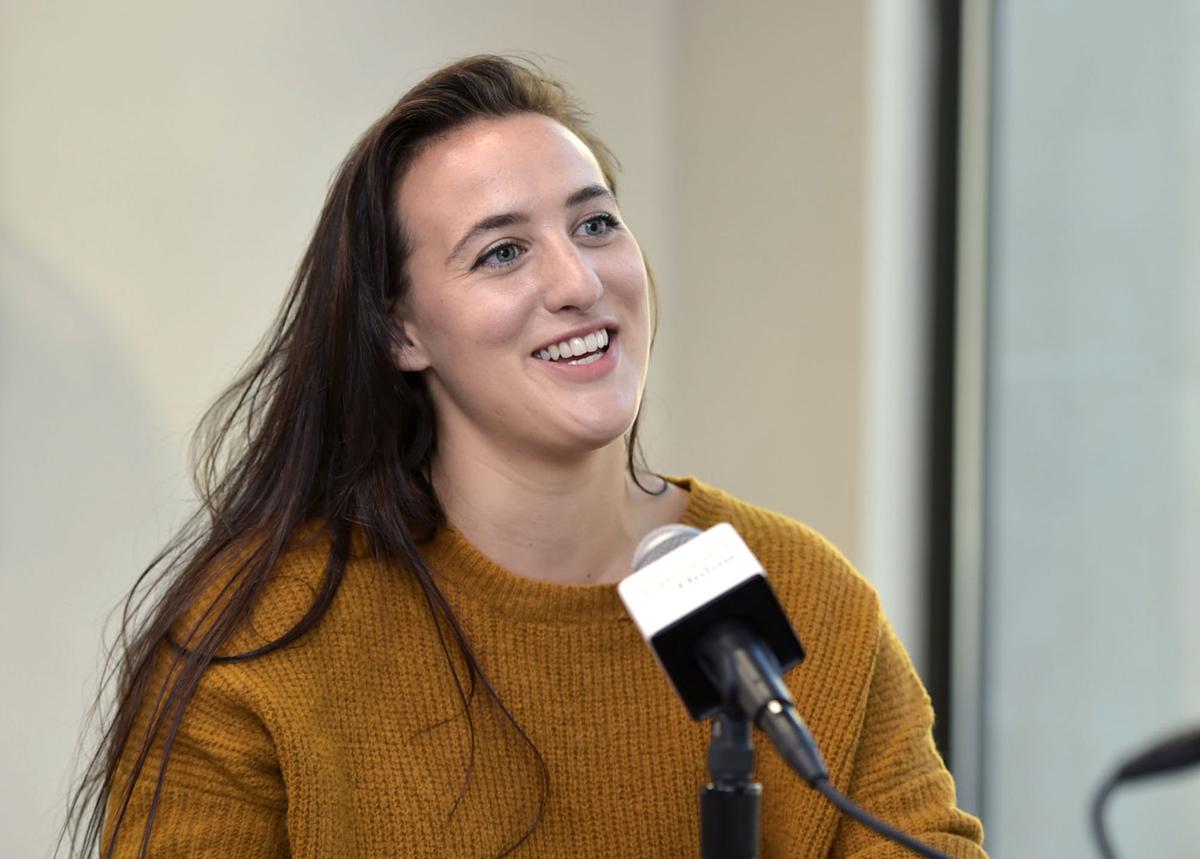 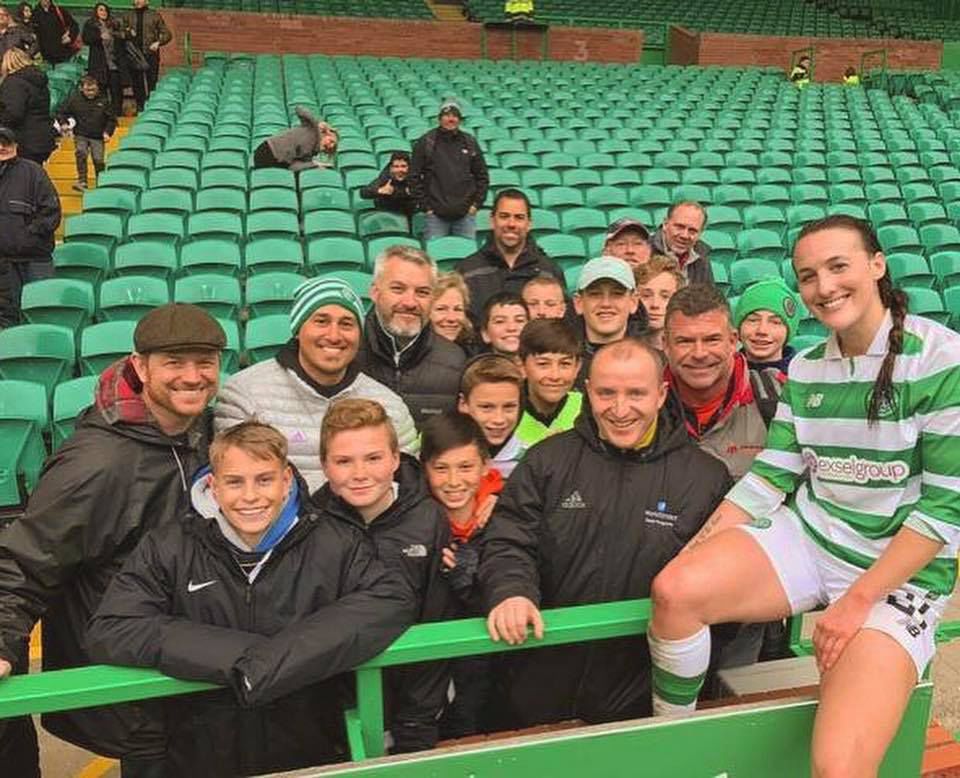 Manheim Township grad Jaclyn Poucel, right, poses with some soccer fans in Scotland. She recently ended her pro career after a stint with the Celtic Football Club team in Glasgow.

Manheim Township grad Jaclyn Poucel, right, poses with some soccer fans in Scotland. She recently ended her pro career after a stint with the Celtic Football Club team in Glasgow.

Soccer has taken Manheim Township alum Jaclyn Poucel Árnason from Neffsville to a college career at the University of Pittsburgh to a pro career in Finland, Iceland and Scotland.

But she felt it necessary to retire from the game game in 2017 in order to pursue other passions.

“It was taking too much of a toll on my mental health,” Poucel Árnason said recently. “I had spent so much time on it (soccer) my whole life that I never was able to give myself the opportunity to do other things.”

Sunday Interview: One on one with LNP sports reporter John Walk

Those other things have since blossomed into a career as an artist and a part-time educator teaching students in Iceland how to speak English.

Poucel Árnason has been living in Iceland since January, about a month after marrying Benedikt Árnason, an Iceland native who also plays professional soccer.

“When my former team heard I was moving back to Iceland they wanted me to play again,” Poucel Árnason said.

That Icelandic team is IA Akranes, for which Poucel Árnason played in 2016.

“I started training in January,” Poucel Árnason said. “Before the pandemic shut things down.”

In its early stages, the COVID-19 pandemic wreaked havoc among Iceland’s small population of less than 370,000 residents. By comparison, Lancaster County’s 2019 population was  more than 545,000 people.

Thanks to a rigorous protocol of tracking and tracing in Iceland, the coronavirus has more or less been eliminated, leading to the country reopening its borders June 15.

According to a recent report from CNN.com, three per 100,000 people in Iceland tested positive for the coronavirus.

“Iceland did a very good job at shutting down quickly and upholding the rules being told to us by our government,” Poucel Árnason said.

As a result, pro sports in Iceland has returned in recent weeks.

“500 people are now allowed to be in one area,” Poucel Árnason said. “So depending on the stadium or game, each section can only have 500 (spectators) and it has to have its own entrance and toilet access.”

IA Akranes is already two games into its 2020 season, with Poucel Árnason having tallied three goals despite playing from her primary position as a central defender. Not too bad for someone who hadn’t played the sport professionally in about three years.

“I was rusty for like a week,” Poucel Árnason said. “When it comes to the technical soccer side, that stuff comes back quickly. But, physically, it’s been difficult because my body hasn’t been used to being used in that way anymore. I’ve had a lot more muscle stiffness and I’m taking longer to recover than I used to.”

As for how long Poucel intends to keep playing is another question.

“I am taking it year by year,” she said. “It’s hard to say how I’ll feel and I think it would also depend on how we do. I, of course, would love to play as long as I can physically ... and within the next few years we’d like to start a family. So nothing is set in stone yet.”

For now, she’s trying to appreciate living in the moment.

“I’ve been gifted this opportunity to return to something that used to bring me so much joy and that I thought I’d never feel again,” Poucel said. “So I’m just cherishing that my body is still able to play at a high level I love. I’m just trying to stay present."