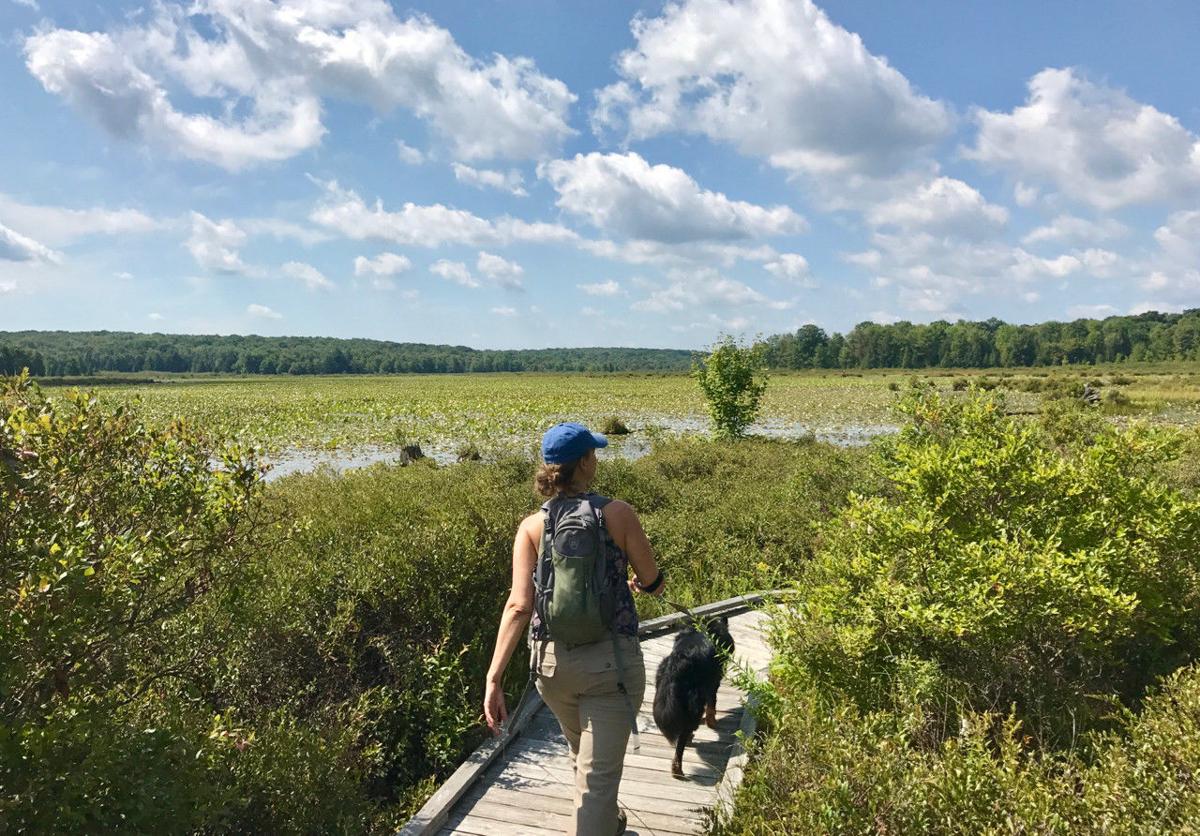 A visitor walks a boardwalk over wetlands at Black Moshannon State Park in Centre County. 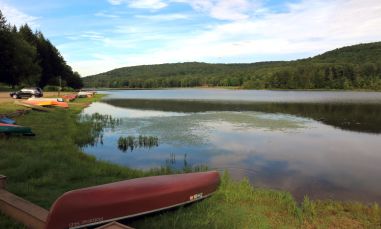 There are 90 lakes in Pennsylvania’s state parks. 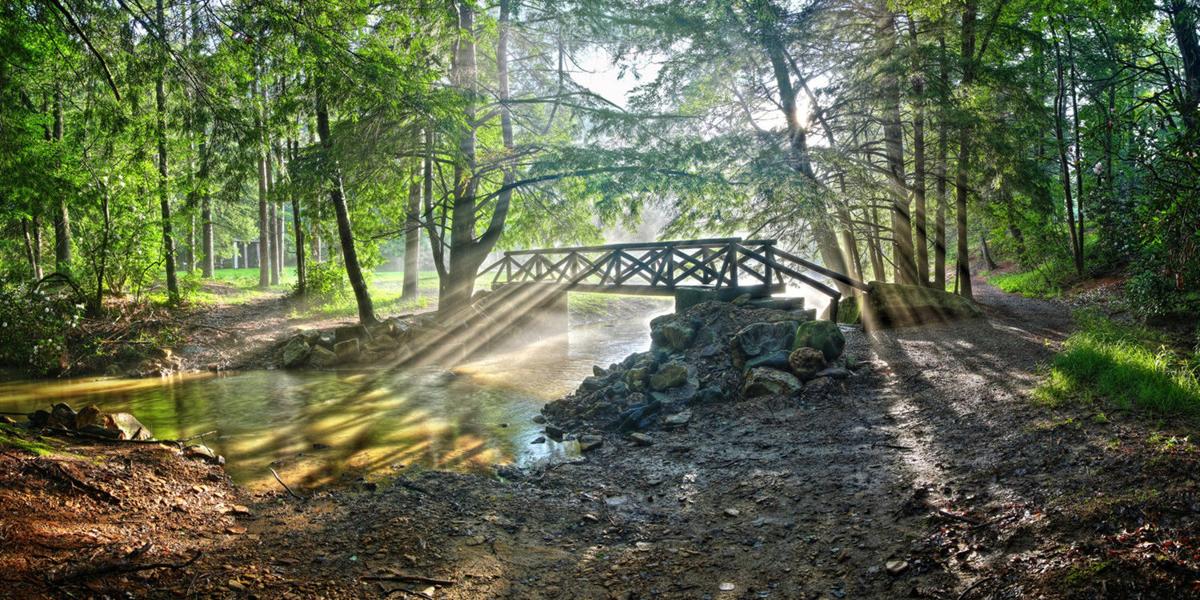 There are 770 pedestrian bridges in Pennsylvania’s 121 state parks.

A visitor walks a boardwalk over wetlands at Black Moshannon State Park in Centre County.

There are 90 lakes in Pennsylvania’s state parks.

There are 770 pedestrian bridges in Pennsylvania’s 121 state parks.

What do Pennsylvanians want from their 121 free-admission state parks and almost 300,000 acres scattered across the state?

For them to primarily stay places that are quiet, natural and offer a wild experience. Keep them free. Don’t allow splash parks or resort-type development. Keep campgrounds quiet and emphasize their natural surroundings. Buy more land to expand parks. Improve water quality of streams. No internet access or air conditioning need be added to cabins.

Those are the preferences of nearly 15,000 state residents who were surveyed over two years in parks, on the phone or submitted comments online.

Taking that extensive feedback into account, what changes does the state Department of Conservation and Natural Resources plan to make over the next 25 years to state parks?

Improve each state park’s trail system and make sure each has at least one loop trail accessible to all people. Add canoe and kayak launch sites. Increase pet-friendly campsites. Decrease light pollution in parks to make it better to watch stars. Eventually make all energy in parks come from renewable sources.

There are no plans to make people pay to enter state parks and no plans to allow any more modern lodges like the agency built amid controversy in 2010 in Bald Eagle State Park in Centre County.

That all sounds encouraging and well-reasoned. But DCNR’s proposed new management plan, “Penn’s Parks for All: Planning for Pennsylvania’s State Parks of Tomorrow,” comes at a time when state park infrastructure is sagging under massive maintenance backlogs and many parks are struggling with overuse.

Consider that staffing has decreased since 1970 and the agency’s budget of $105 million has been the same for 15 years even as 36 state parks have been added and park attendance has swollen by more than 10 million visitors annually. Visitors to state parks and state forests spend more than $1 billion in nearby communities and towns for motel rooms, food equipment and souvenirs, according to DCNR.

On summer weekends and holidays, an increasing number of parks are becoming overwhelmed. “These stressful occurrences will only become more frequent in the years ahead unless changes are made,” the “Penn’s Parks” report notes.

The proposed new management plan acknowledges the mess, calling the current situation for keeping up Pennsylvania’s jewel of a state park network “a system under stress.”

Our state parks have been the envy of many states, with a park within 25 miles of every Pennsylvanian. Here in Lancaster County, we have Susquehannock State Park with its inspiring view of the Susquehanna River Gorge. Other nearby state parks where you can enjoy nature or hike, boat, swim, picnic, camp, hunt or fish include Samuel S. Lewis, Gifford Pinchot, Codorus, French Creek, Marsh Creek and Blue Marsh Lake.

Website sprouts all you need to know about Lancaster County's largest, oldest, historical and special trees

There are other threats as well, including invasive plants and insects, rogue trails promoted on social media and more frequent flooding, storms and sweltering temperatures from climate change.

Parks are under pressure too from newer trends, such as calls for larger campground sites to accommodate families and tent pods, more sites to fit larger recreational vehicles, Wi-Fi connections, more dog-friendly camping sites and charging stations for electric vehicles.

All this is happening as basic maintenance needs continue to languish. According to a 2019 report by the Pennsylvania Parks and Forests Foundation, there is a staggering $1 billion backlog in needed work.

But it would take more than that. The General Assembly hasn’t shown much inclination to sink the needed money into saving state parks. Gretchen Leslie, a DCNR spokeswoman, referring to the expansive survey results, hopes the collective voice of 15,000 residents who care deeply about the parks can open up the purse strings.

The public has until Dec. 31 to comment on the future of state parks before a final management plan is adopted. To read the full report and proposed management plan, or to make a comment, go to dcnr.pa.gov/stateparks/pennsparksforall. Or write PA Department of Conservation and Natural Resources, Bureau of State Parks’ Planning Section, P.O. Box 8551, Harrisburg, PA, 17105.

Arising from the ruins of Lancaster city’s old sewage-treatment plant along the Conestoga River, a modest but pivotal trail system and natural…

From the winter 2020 edition of Balance magazine

$500 million needed for fixes to Pa.’s state parks. But there’s no agreement on where to get that money

Some state legislators are expressing concerns about funding gaps for Pennsylvania’s 121 state parks.