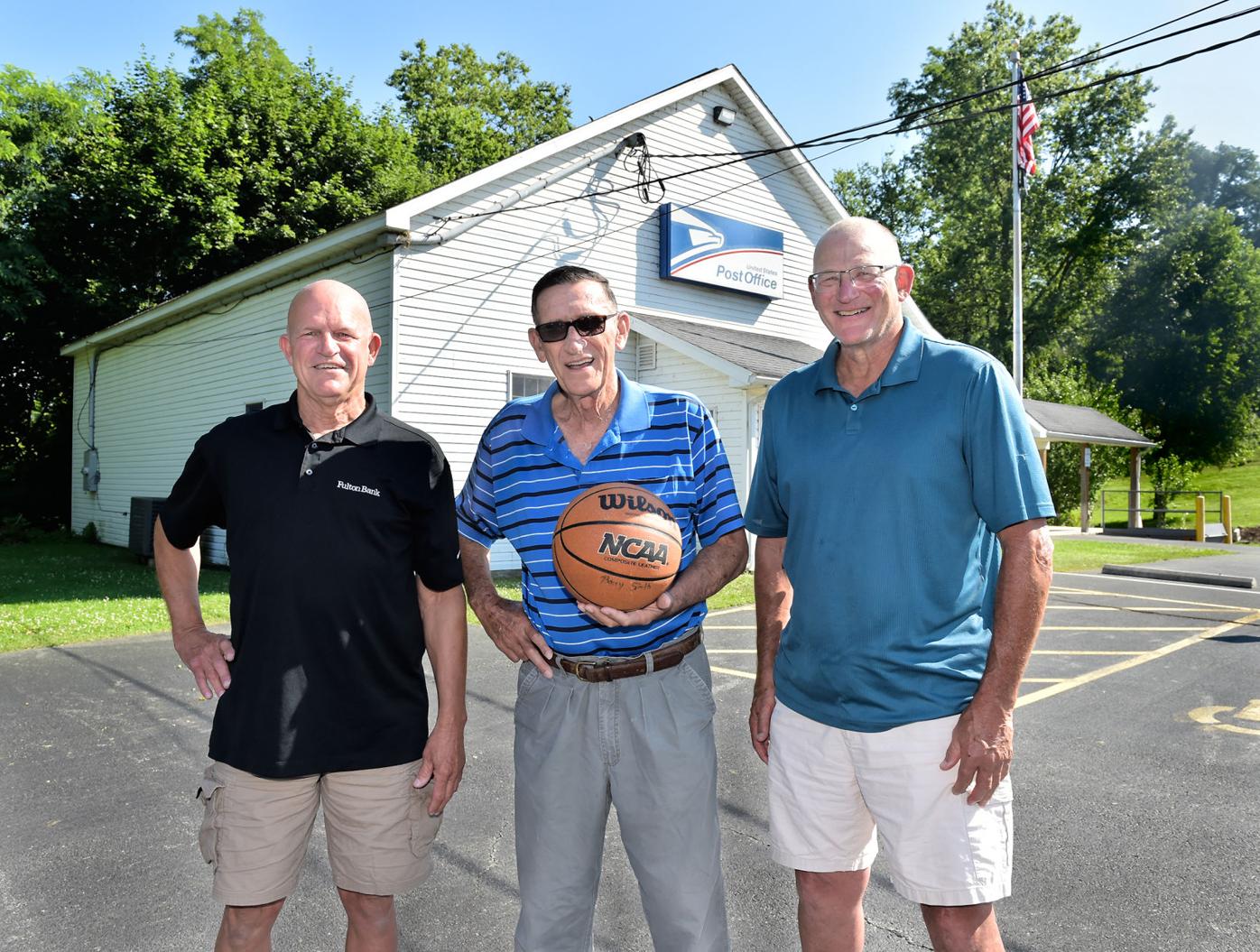 Barry Smith, Harry Frey and Don Martin are pictured where an indoor basketball court was housed in an old Washington Boro Tomato Growers' barn that now functions as the post office on Tuesday, June 30, 2020. 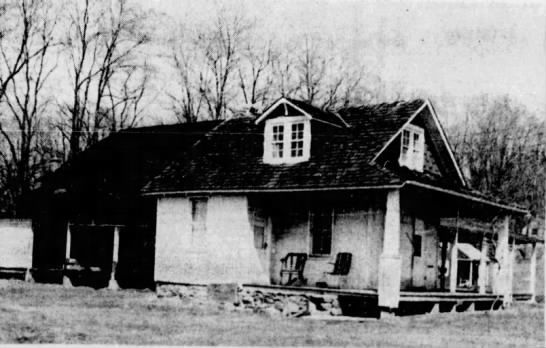 This photo of the old Washington Boro Tomato Growers' barn was taken in 1969, the year the Co-op disbanded.

As I was putting it together, just about everyone I spoke with mentioned another court with a rich history that is now no longer. A court that was once inside an old tomato barn in Washington Boro. A barn that has since been renovated into a post office, but for more than half a century had previously served two functions: a tomato barn during the spring and summer months, and an indoor basketball court during the cold winter months.

Wally Walker, a future ACC Player of the Year and two-time NBA champion who is arguably Lancaster County's greatest basketball product, jelled there with his Penn Manor teammates, with whom he won two county championships in 1971 and 1972.  Their coach, Harry Frey (Class of 1959), also played there in his youth.

"In my day they had a county basketball league that played there," Frey said. "We played there year-round except for the summer. No heat. It was cold. You learned to play that way."

Learning the history of this court has been an adventure of sorts, considering the barn was first constructed in the summer of 1934, when 21 growers formed the Washington Boro Tomato Growers’ Association and erected a building, measuring 36 by 60 feet, according to LNP|LancasterOnline archives.

It came at a time when the tomato industry in Washington Boro was highly popular and more than 200,000 plants grew along the edge of the Susquehanna River. After the plants were picked, tomatoes were sorted and boxed in the barn.

“There was a conveyor belt where we would sort the good tomatoes from the bad tomatoes,” said Barry Smith, a starter on Penn Manor’s early 1970s basketball teams. “There were stacks of cardboard boxes that the tomatoes would be packed in. They were shipped to New York and Philadelphia, to restaurants, as well as to Heinz and Hunt’s for ketchup. We would load tractor-trailer loads in the evenings, box after box of tomatoes.”

When the tomato season ended and the months grew colder, the conveyor belt was pushed to the side and the interior of the barn cleared out.

“The floor was an actual hardwood basketball court,” Smith said. “All the stains from tomato juice would have been on it.”

The legs of the conveyor belt left soft spots in the wood.

“We local guys knew where the soft spots were,” Smith said. “So if a team would come in from out of town, when you’re playing defense and the person dribbling the ball up the floor hit the soft spots, we pickpocketed them.”

“It made the baseline treacherous,” Smith said. “As a defender, if you drove around me, I’d drive you right into the wall.”

The wall served as a de facto out-of-bounds line, given the tight confines.

“We also sometimes jumped off the wall and dunked the ball,” Gregory Kane said.

Kane, a Washington Boro resident, is the grandson of the late Emerson Kane Sr., a former Washington Boro mayor and Columbia Hospital director who was the Tomato Growers’ Association president for more than three decades, beginning with its founding in 1934 (he also served in World War I, as Army sergeant first class in France).

Emerson Kane’s name also shows up in newspaper clippings from the 1930s of box scores for a Washington Boro summer league basketball team, so perhaps he was responsible for turning the tomato barn into a basketball court in the winter months.

Unfortunately, that answer is lost to time.

“I’m guessing somewhere along the line somebody thought it would be a good idea to have an indoor court in there,” Gregory Kane said.

The Washington Boro Tomato Growers’ Association came to an end in 1969, when the barn was sold to the Funk family, who slowly got out of the tomato business over the next 30 years.

“Our generation went in different directions,” Tim Funk said. “When you grow up bending over picking tomatoes you try to figure out what else you want to do in life.”

Meanwhile, Wes Funk renovated the old Tomato Growers' barn, located at 10 Elizabeth Street, into a post office in 2000, but in doing so gutted the interior and discarded the baskets that hung on the walls.

However, Smith has a framed piece of the barn’s original hardwood court in his Washington Boro home. Other than the bones of the barn, it’s perhaps the last remnant of a court with decades of memories.

“The Growers was really the icon in this area,” Smith said.

“It was one of those places where kids went and played basketball and didn’t get into any kind of trouble,” Frey said. “Everybody was civil about it. It was a good community project, to tell you the truth.”

Editor's note: This story will be updated throughout the day with more information.

Given Camden Hurst’s family tree, it seemed only natural he started as a freshman for the Lancaster Mennonite boys basketball team last season.

Following the firing of Phil Martelli as Saint Joseph’s University men’s basketball coach after the 2018-19 season, one Hawks player left for …

Ephrata has found its new varsity boys basketball coach. And it might be a somewhat familiar name to those in Lancaster-Lebanon League hoops c…

Penn Manor senior cross country runner Graham Thomas has never had his lungs checked. Not that there's anything wrong with them. But if he did…

Around this time a year ago, twenty-three Lancaster-Lebanon League boys basketball teams were getting ready to begin their seasons in tip-off …

Overcoming pressure to follow in father's footsteps, Columbia's Michael Poole carving his own path on hardwood

With a couple starters out because of academic issues midway through the second half of the 2017-18 boys basketball season, Columbia freshman …

Down eight points midway through the second quarter, Manheim Township made some defensive adjustments and scored the game’s next 16 points. Th…

Nearly a quarter-century has passed since Penn Manor alum Darin Gerlach last competed in gymnastics. In that time, Gerlach has been dealing wi…