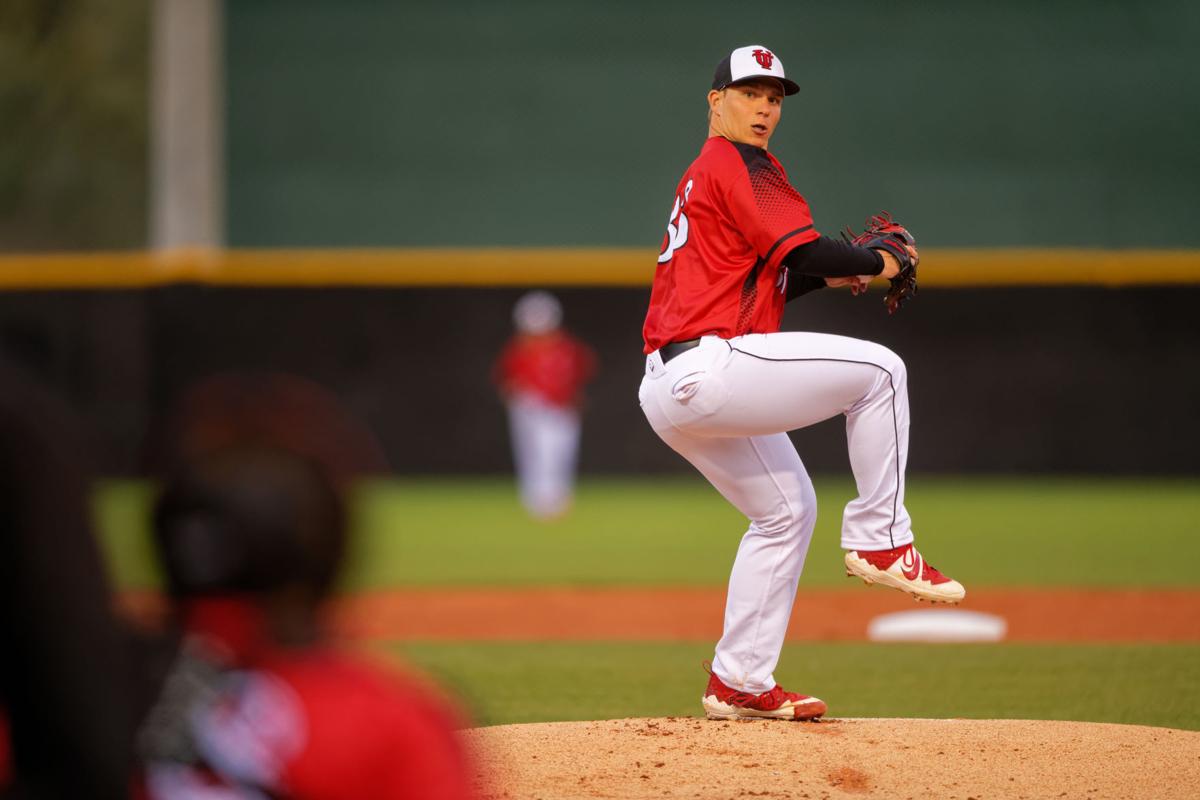 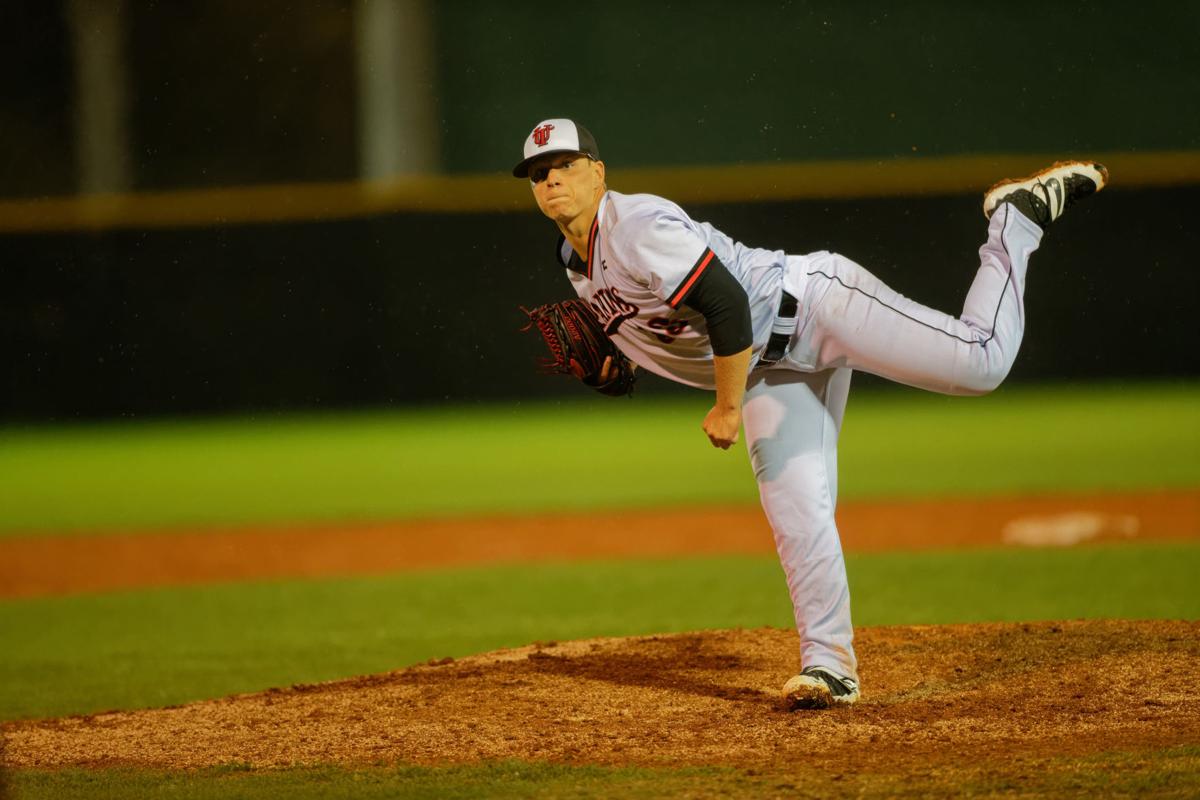 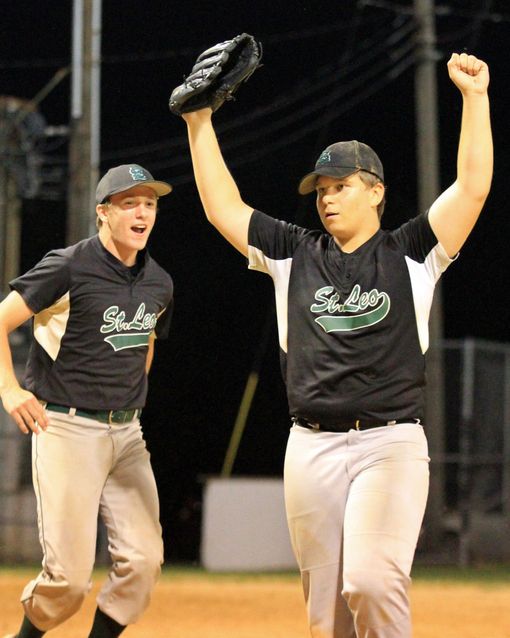 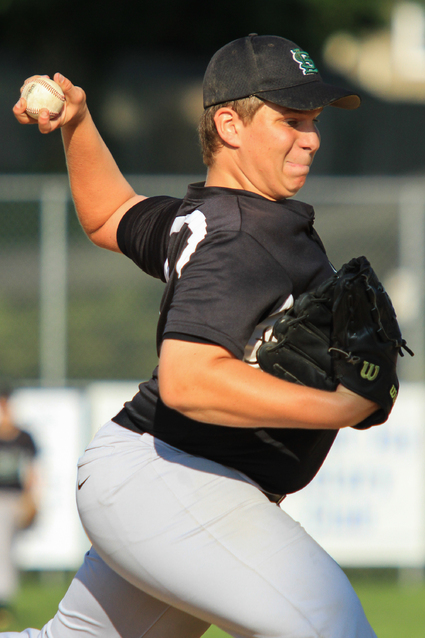 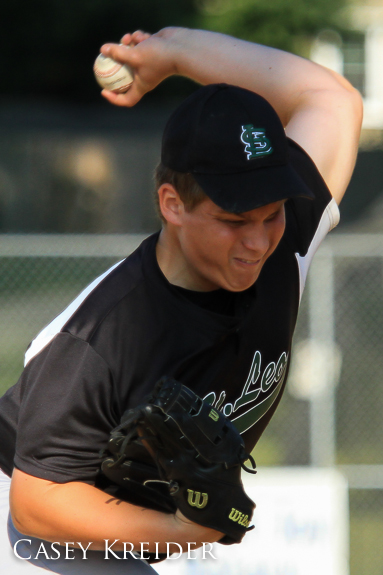 Sometimes, there are moments when an athlete realizes he or she can hold their own in a particular sport. For Brandon Knarr, the moment came in 2013, when he was a pitcher for the St. Leo baseball team that won the LNP Junior-Midget Tournament.

Back and forth between starting and relieving that summer, Knarr was a catalyst out of the bullpen for St. Leo in the postseason, picking up relief wins in both of St. Leo’s victories over Penn Manor in the championship tourney.

“It was a great year,” Knarr recalled when chatting by phone last week. “We had a great time. It was just a really fun experience to play against a lot of the competition and kids in the area that were new to me.”

They were new to him because the Knarr family had just moved to Lancaster County from Northumberland County, in part so Brandon could further his baseball career by training at facilities like Spooky Nook Sports and Keystone Baseball Academy in Manheim.

Knarr, a left-handed pitcher, spent his freshman high school season in 2014 on the mound for Penn Manor before finishing out his prep career across the Susquehanna River at Eastern York.

His baseball journey has taken quite a few turns since then, but most recently resulted in Knarr signing a free agent deal with the Milwaukee Brewers on June 14.

“A couple other teams were looking at me as a strict reliever only,” Knarr said. “The Brewers came in with the aspect of wanting to use me as a starter. That was a big sticking point for me. For most part of my collegiate career I’ve been starting.”

A freshman at Notre Dame in 2018, Knarr saw action in 12 games, tossing 5.2 innings with four strikeouts. Shortly thereafter he made the difficult decision to leave NCAA Division I baseball and transfer to the College of Central Florida, a junior college program located about 80 miles north of Disney World.

“Basically, I left Notre Dame because I wanted to experience baseball and have the opportunity to play in warm weather,” he said.

Knarr instead had lined up the chance to pitch for the University of Tampa, a D-II program, in 2020.

“I was pretty set on Tampa,” he said. “I felt like I had a lot of development on the table from the college side of things. I really wanted to get more physically and mentally prepared to enter professional baseball. It was a good decision.”

In six starts with Tampa from Jan. 31 through March 7, Knarr went 4-1 with a 2.55 ERA in 35.1 innings pitched. His 64 strikeouts were second-most among all D-II pitchers in a 2020 season that was cut short due to the COVID-19 pandemic, resulting in the cancellation of Tampa’s remaining 27 regular season games.

Now living in Tampa, Florida, the 5-foot, 10-inch, 215-pound Knarr has since been training at a nearby gym and baseball academy.

“It’s been a whirlwind,” he said. “A lot of stuff happened and didn’t happen. I have to make the best out of each situation.”

Knarr’s free agent deal is worth $20,000, with the Brewers covering two years of college tuition. He eventually hopes to complete a bachelor’s degree in sports management.

For now, though, he’s working on adding a slider to a pitching repertoire that already includes a 90-94 mile per hour fastball, a curveball and a changeup.

It remains to be seen how he’ll go about doing that this summer since there will not be any minor league baseball played due to the coronavirus.

“I’m going out to Arizona to get an official physical done,” he said. “From there they will create a development plan with what the next few months look like, perhaps with a mini-camp in the fall or early spring training next year.”

It's another turn in the road on a baseball journey that got rolling when Knarr was a young St. Leo’s lefty, not knowing he’d sign with a Major League Baseball team seven years later.

“It’s been an interesting journey for sure,” he said. “All the memories and experiences I’ve had are extremely valuable. I know what it’s like to be a D-I, JUCO, and D-II baseball player. Having that broad spectrum is something that a lot of people don’t have and will help me in the future.”

I am excited and thankful to say that I have signed with the @Brewers! I am extremely grateful for the opportunity! I cannot thank my family and friends enough. As well as both @GoCFBaseball and @UT_Baseball for the the past two years. Let’s go @Brewers‼️ pic.twitter.com/Z31NETii1T

Parents, teachers weigh in on Manheim Central proposal to return to face-to-face classes

When: School board meeting, July 20.