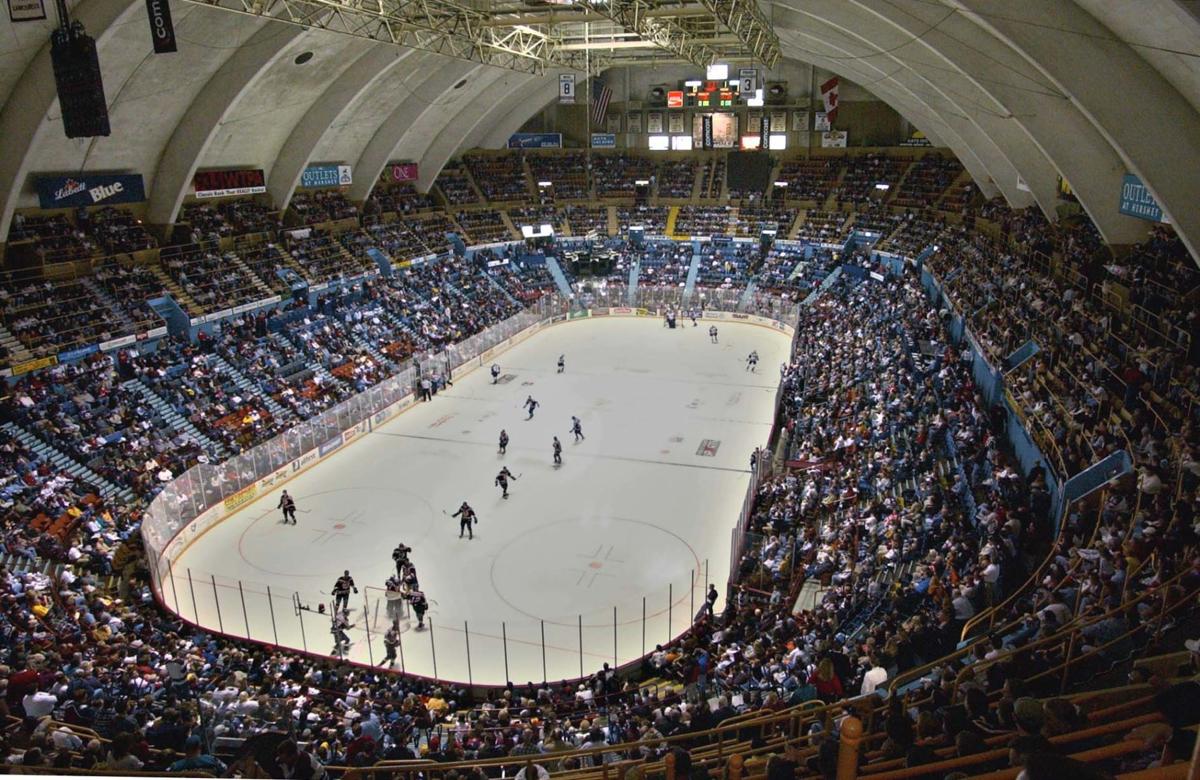 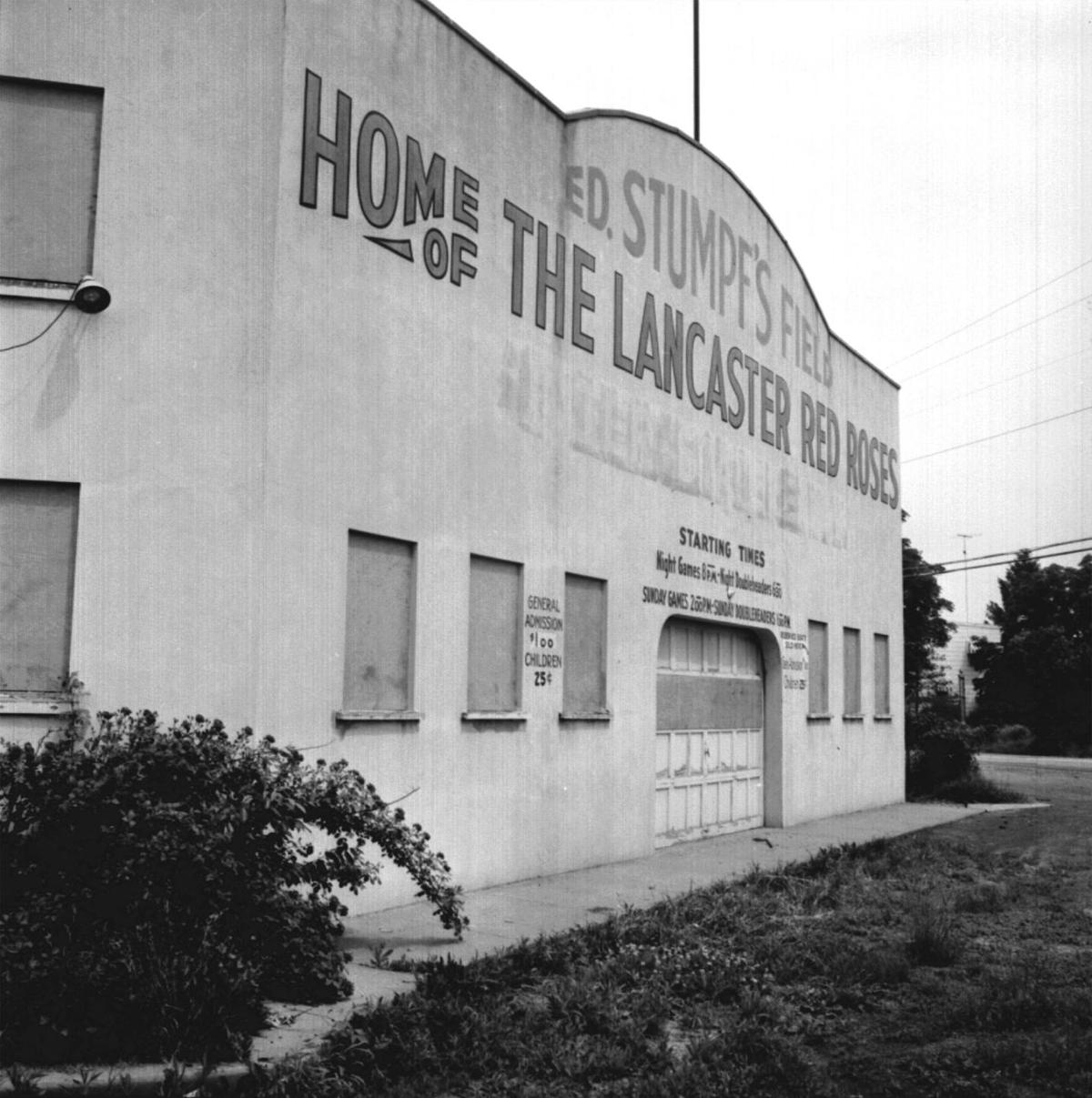 Built in 1938, Stumpf's baseball field along the Fruitville Pike was home to the Lancaster Red Roses minor league team for two decades. 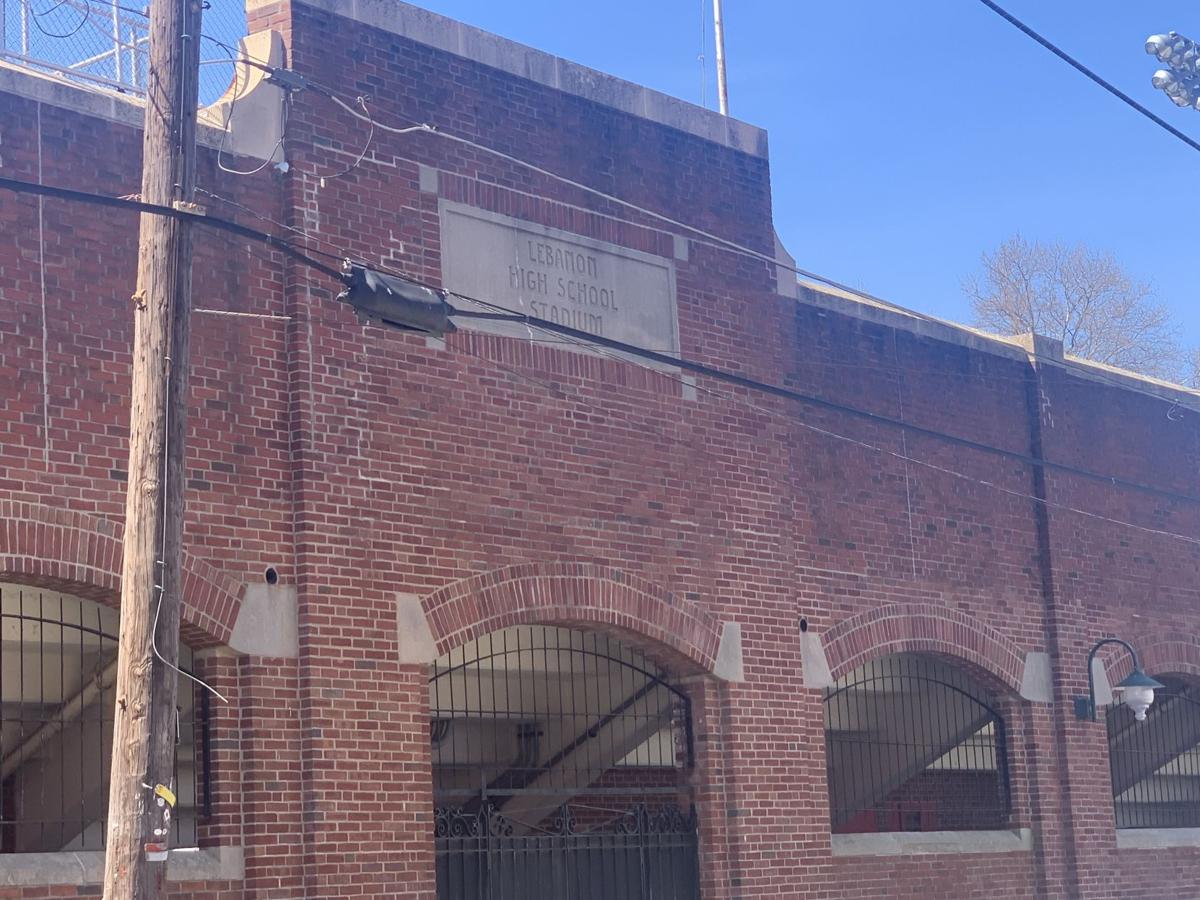 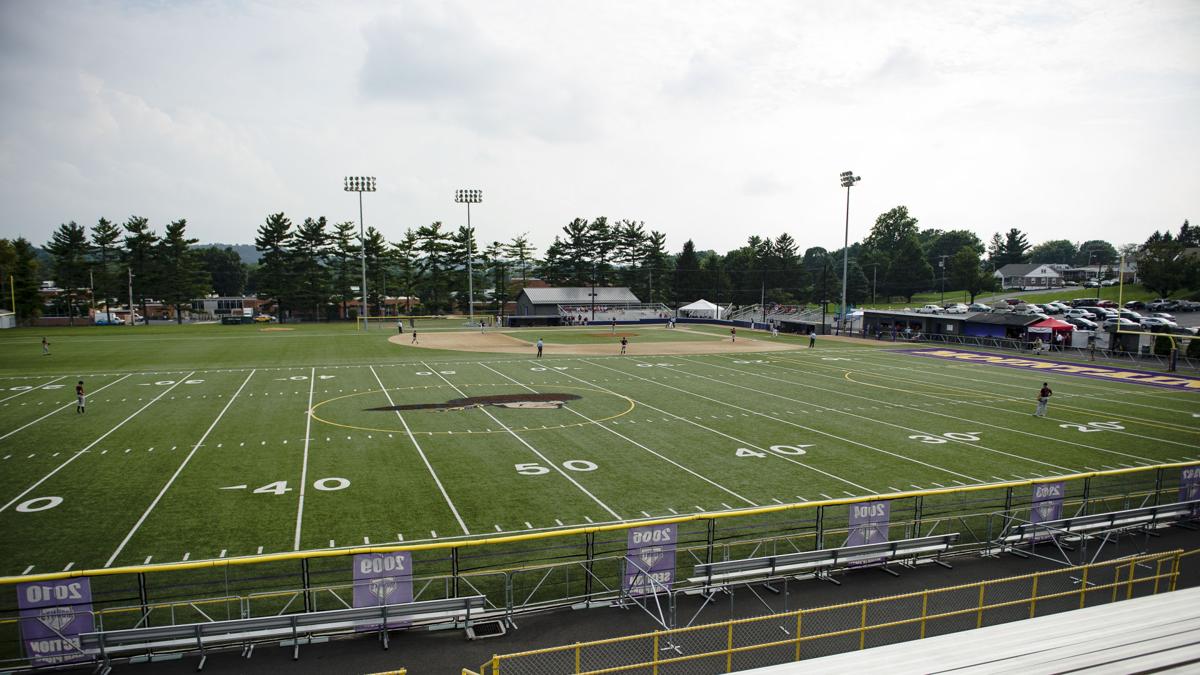 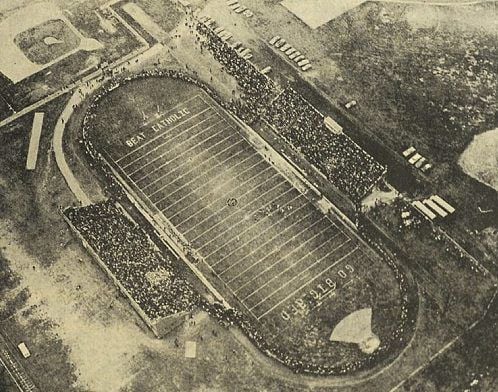 LNP FILE PHOTO On Nov. 26, 1970, Lancaster Catholic visited McCaskey in a Thanksgiving Day tilt for which paid attendance was reported as more than 11,000. 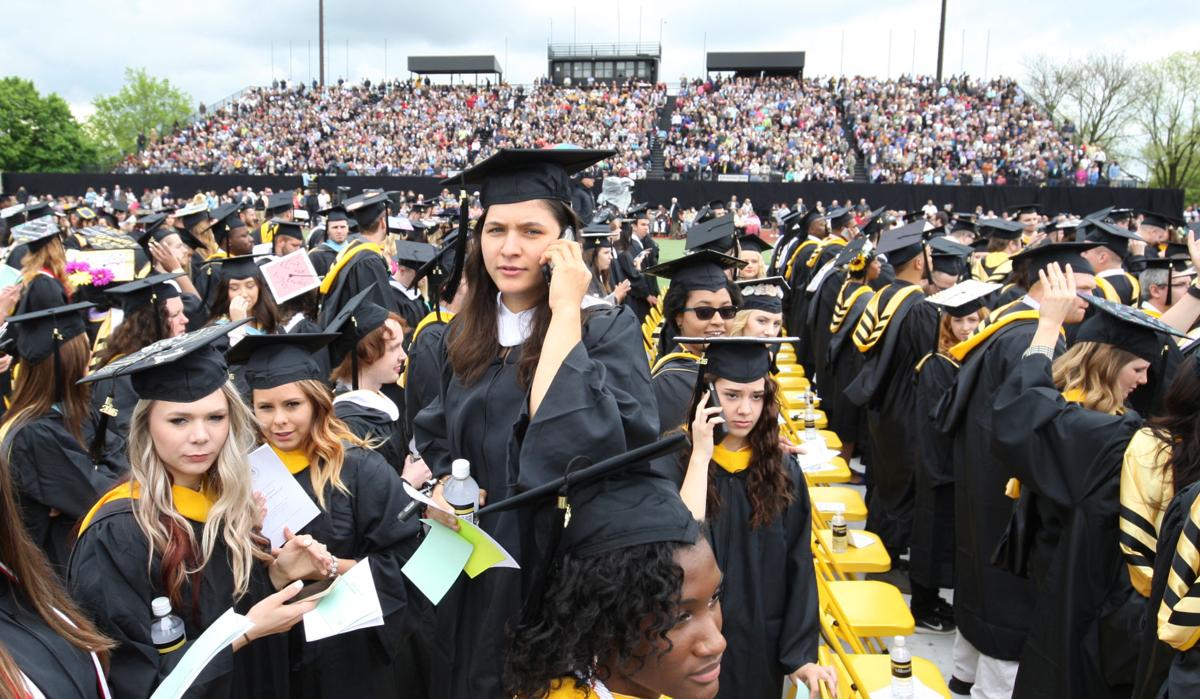 Valentina McLaughlin looks for family in the stands during the processional at Millersville University of Pennsylvania's 160th Annual Commencement at Biemesderfer Stadium in Millersville on Saturday, May 7, 2016. 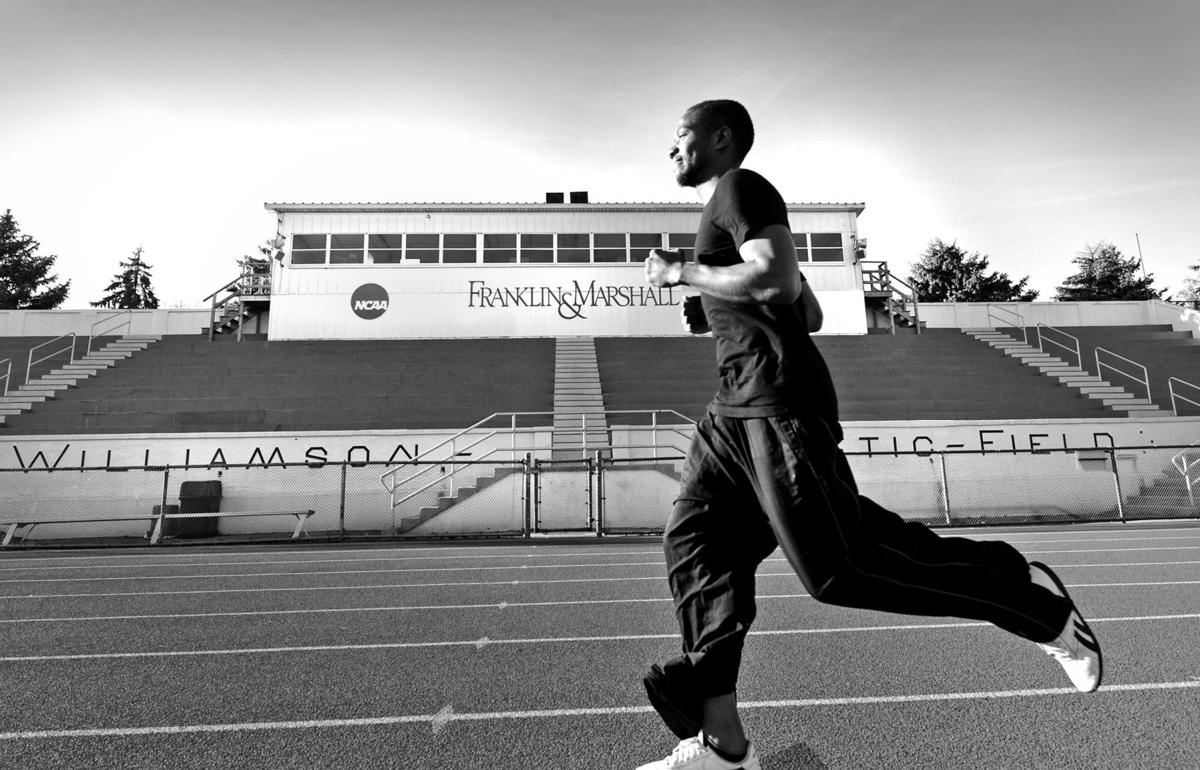 Samuel Pierre, a Millersville University student, runs on the track at F&M's Sponaugle-Williamson Field in January of 2015. 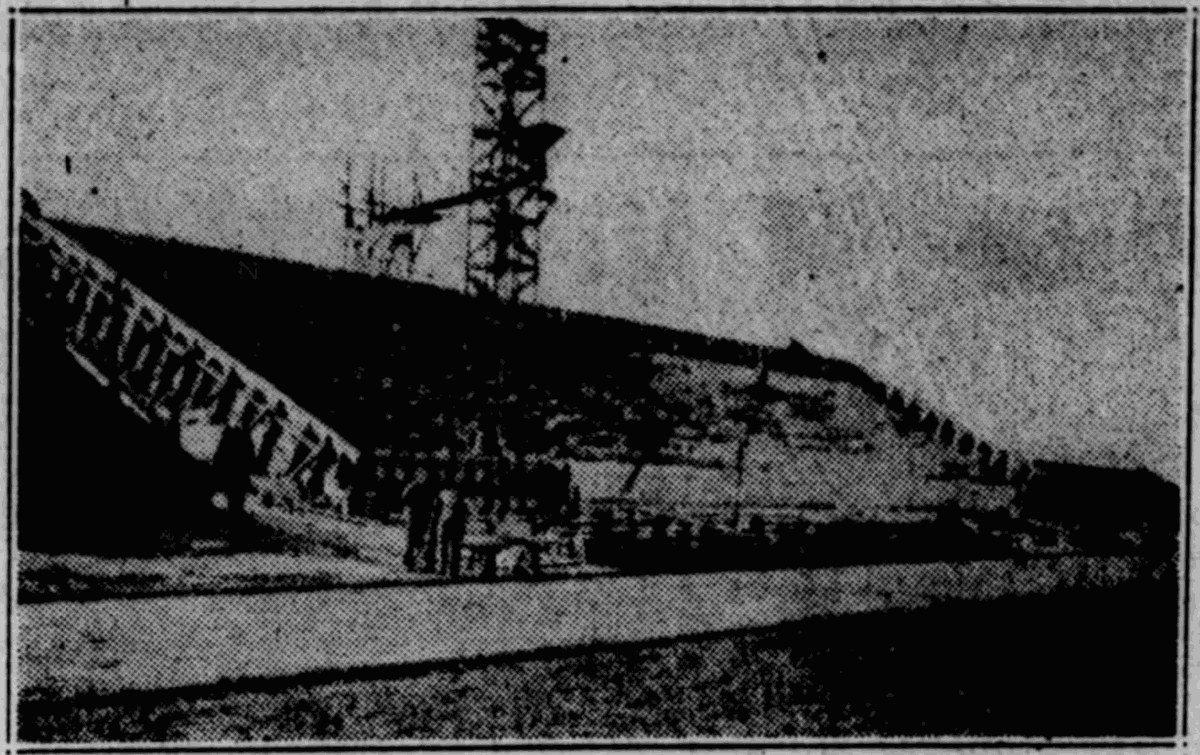 This photo shows the new concrete grandstand at Franklin & Marshall College's Williamson Field under construction in 1922. 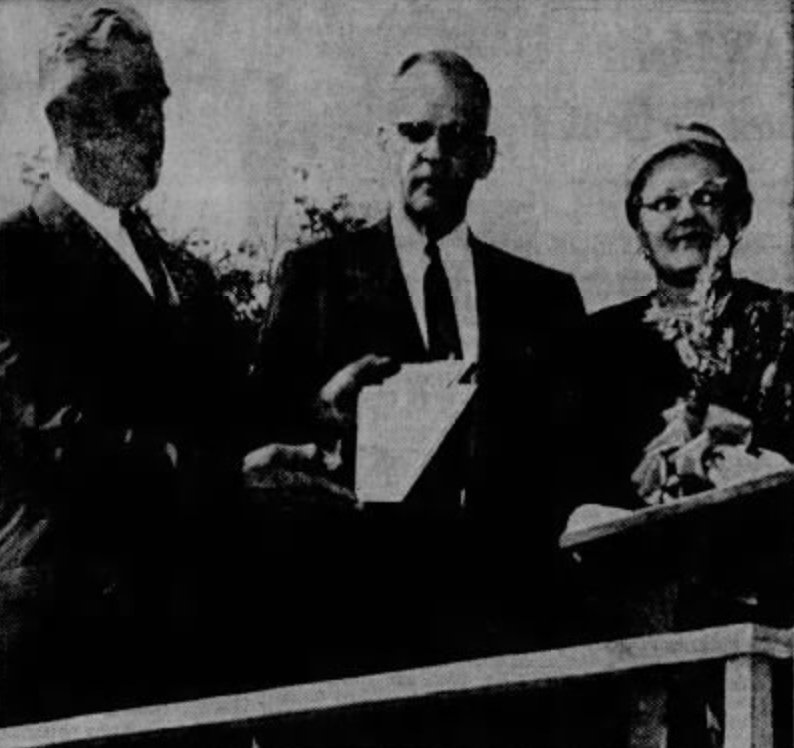 In this 1958 photo, Millersville University president D. Luke Biemesderfer, center, receives a plaque at the dedication of the school's new athletic field that bears his name.

Lancaster Red Roses right fielder Rowe (no first name given) belts one past the Allentown pitcher at the Red Roses inaugural game at Stumpf Field in June 1940. Lancaster defeated Allentown, 13-2, in front of a crowd of more than 600. 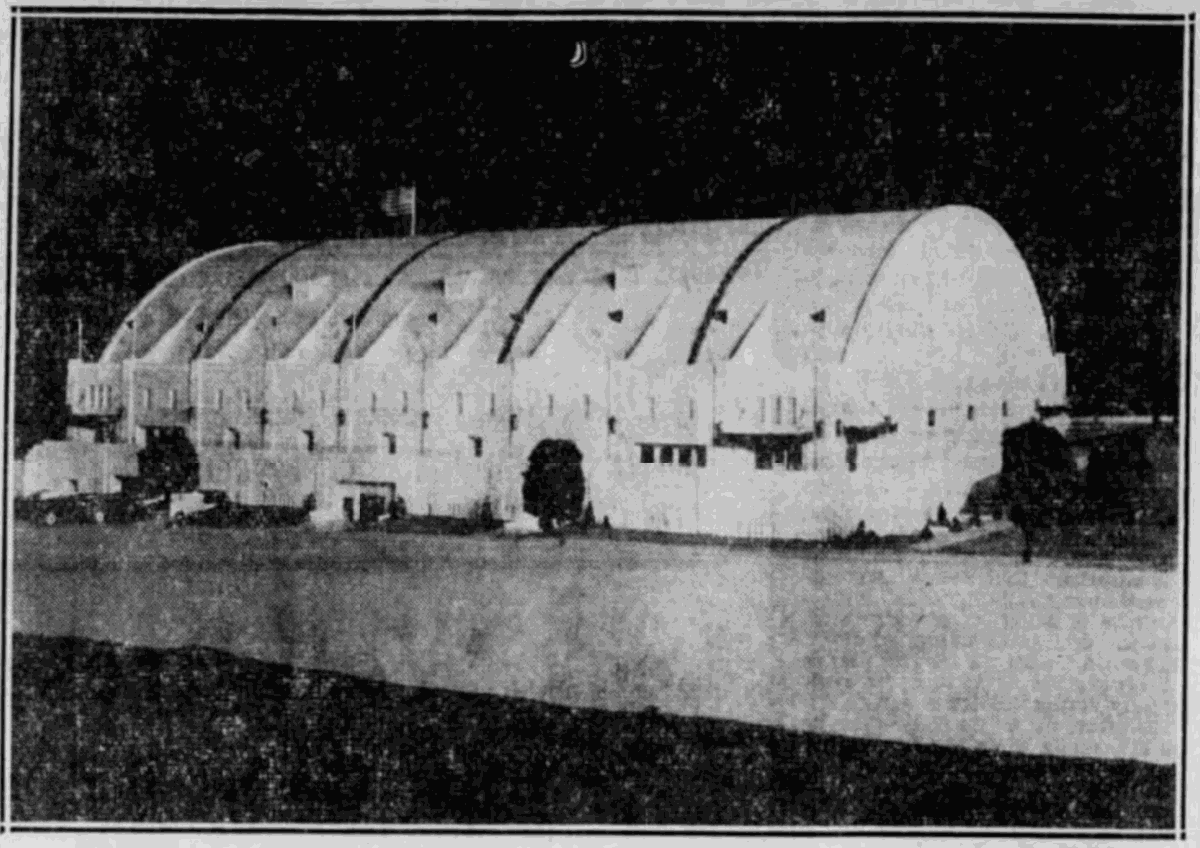 This architect's model of Hershey Arena was on display at the downtown Lancaster Watt & Shand store in November 1936, a month before the arena opened to the public. 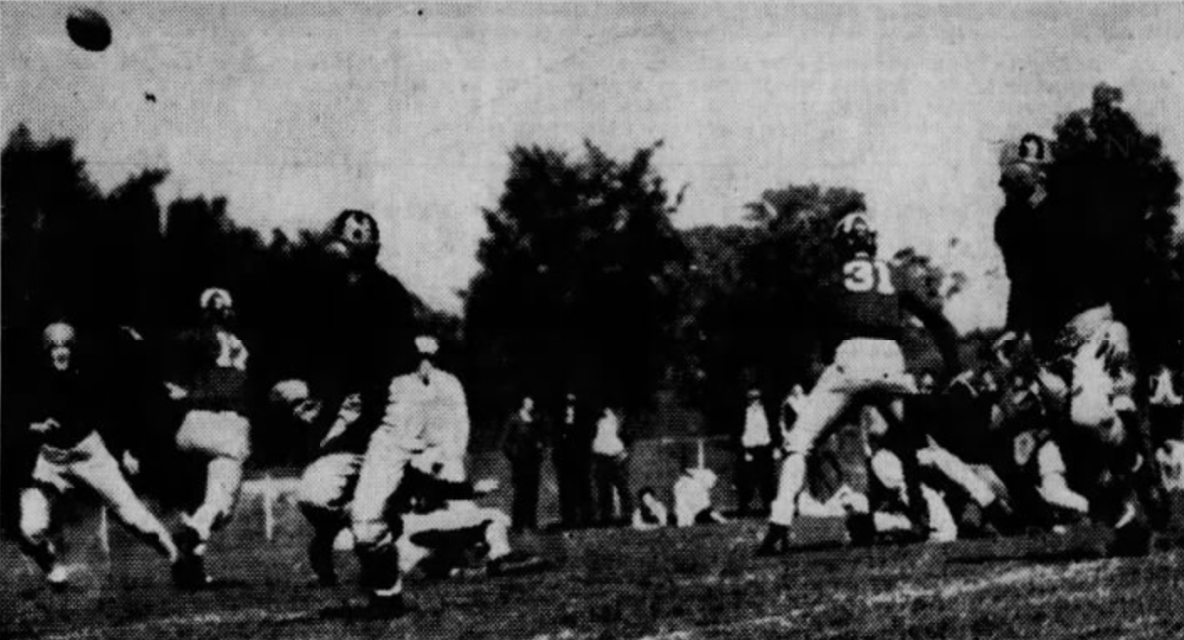 Lancaster's Pete Shultz passes for a 20-yard gain to Mickey Roda in the inaugural game at J.P. McCaskey Stadium, Sept. 24, 1938.

Lancaster County has numerous old, venerable stadiums that have served the sports community for many years. Here's a look at some of those revered venues in the county - as well as an arena in nearby Dauphin County and a stadium in Lebanon County.

The field was nameless for the first five years of its use, before being christened in October 1899.

It was named for S. Woodrow "Woody" Sponaugle, a former F&M football coach, and Henry S. Williamson, a former trustee at the school.

After a victory bonfire fire got out of control and burned down the original wooden grandstand in 1916, the field was renovated, culminating with the construction of concrete stands in 1922.

The venue has also hosted many Penn Manor and Millersville graduations over the years.

Built in 1948, this field has long been the home the Ephrata Mountaineers football team. The stadium has also hosted many high school and American Legion baseball games because, for many years, it was one of the few baseball stadiums in the county with lights.

Stumpf Field was the home of the Lancaster Red Roses minor league baseball team from 1940 through the 1961 season, though baseball and football were played at that location throughout the 1930s.

Among the future Hall of Famers who played at Stumpf Field were Willie Mays and Brooks Robinson.

The stadium, which was located at 1350 Fruitville Pike, had been the site of youth and adult baseball leagues, high school games and softball contests in more recent years.

Among the events held there over the years were state basketball playoffs, state wrestling championships, the Ice Capades and other ice shows and numerous concerts.

The arena is now used mainly for youth hockey and for Bears' practice if the Giant Center is occupied.

Built in the 1930s as part of FDR's WPA project - as was the high school itself - J.P. McCaskey's Stadium is home for the Red Tornado football team and the McCaskey track teams.

The first game played on the new field was the Sept. 24, 1938 match between Lancaster and Carlisle. The hometown team lost their first outing on the field 14-0.

Another stadium that was built in the 1930s as a WPA initiative, Lebanon Stadium has long been the home of the Lebanon Cedars football team and also hosted semi-pro gridiron games over the years.

On this date in 2016, Cubs' Jake Arrieta, now with the Phillies, no-hit the Reds [video]

Phillie Phanatic made his debut 42 years ago [video]

On April 25, 1978 the Phillie Phanatic made his debut. On that day, the beloved mascot of the Philadelphia Phillies made his first appearance …

Fifty years ago the Franklin & Marshall College men's track & field team was a member of the Middle Atlantic Conference. With that in …

On this date, Phillies pitcher Steve Carlton made history in 2 different years [video]

On April 29, Philadelphia Phillies pitcher Steve Carlton had a memorable day in two different years, 1972 and 1981.