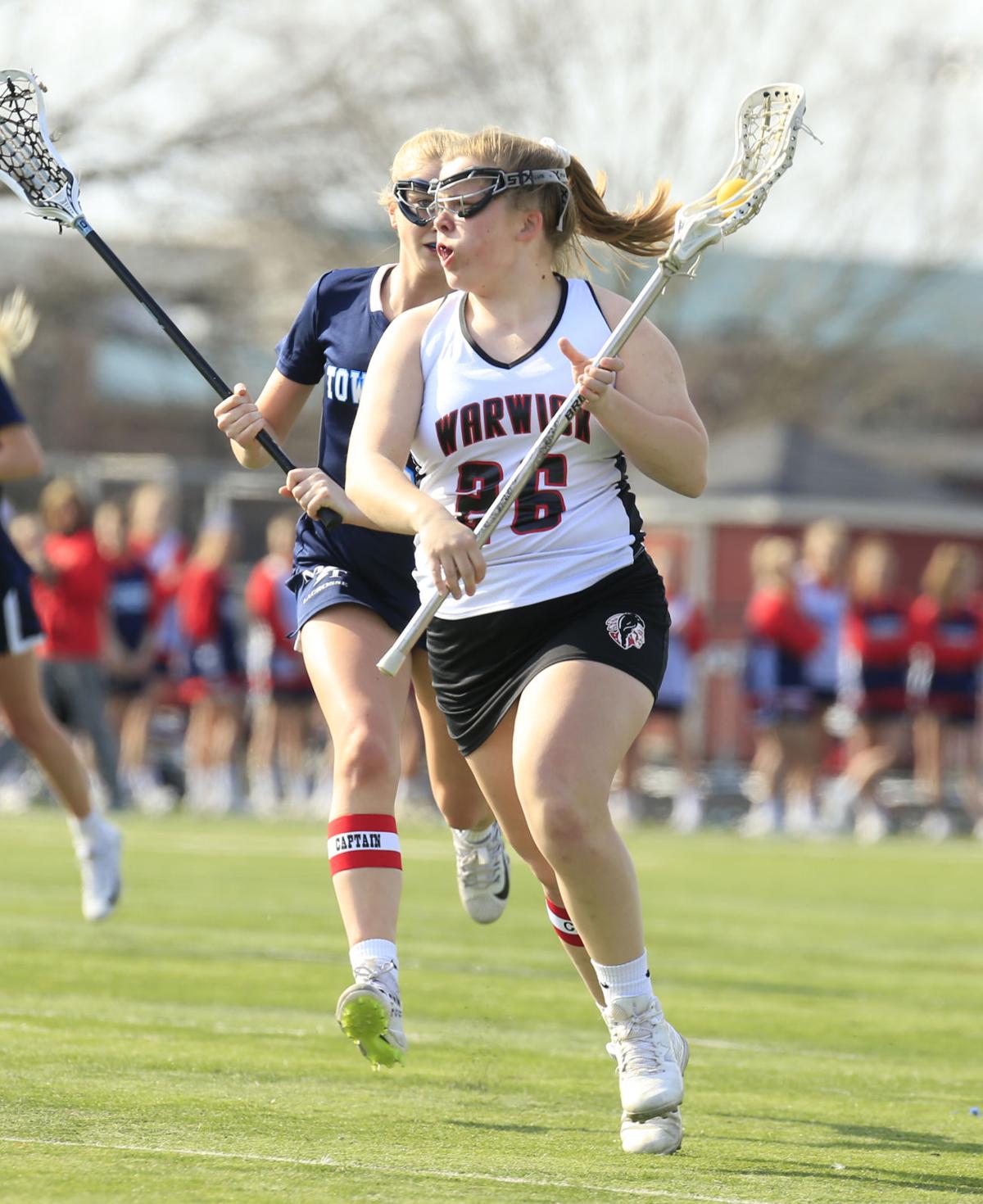 Warwick senior Carlie Martin was a returning captain for the Warriors' girls lacrosse team in 2020. 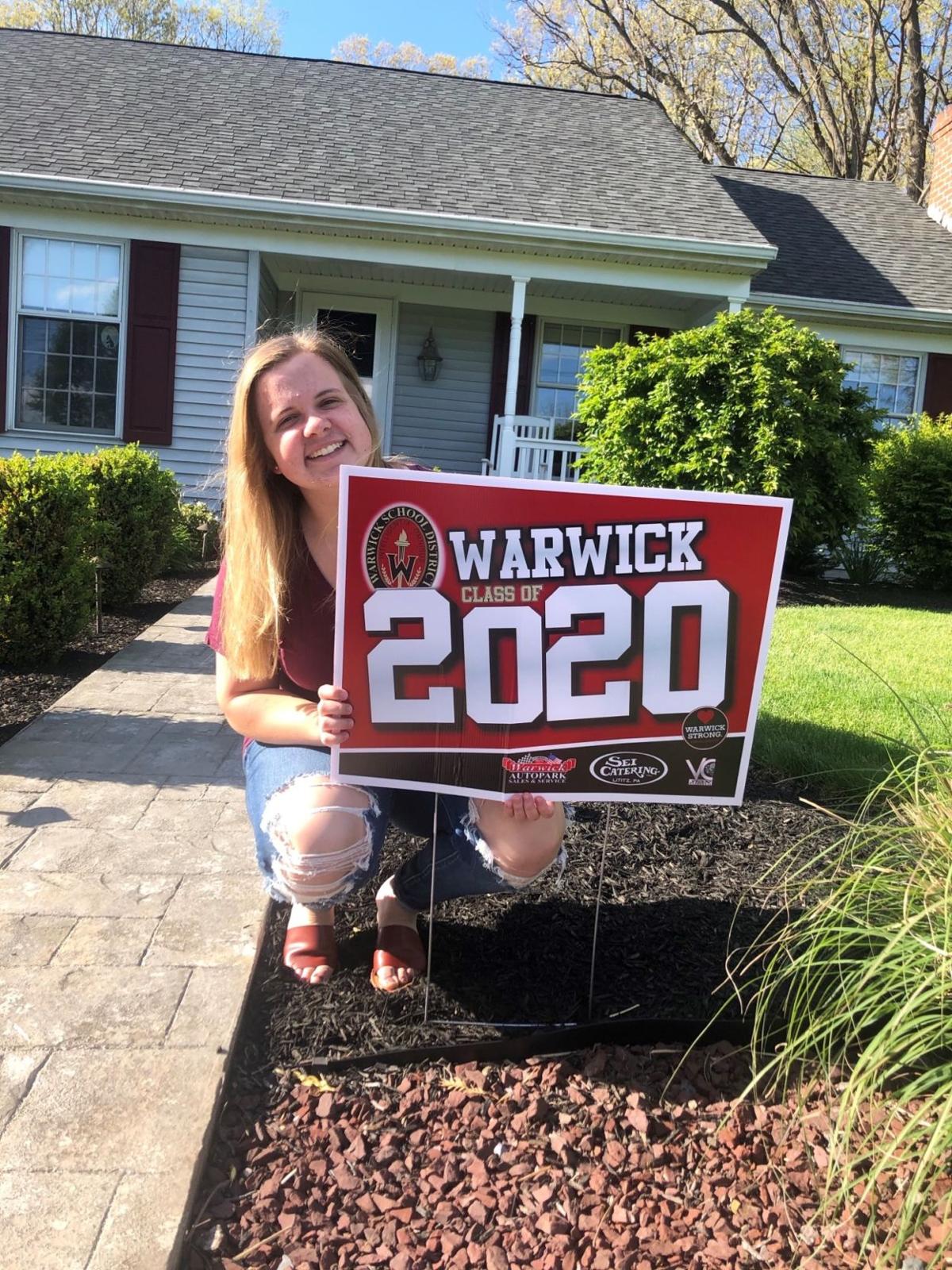 Carlie Martin was one of nearly 350 Warwick seniors who received a free yard sign. 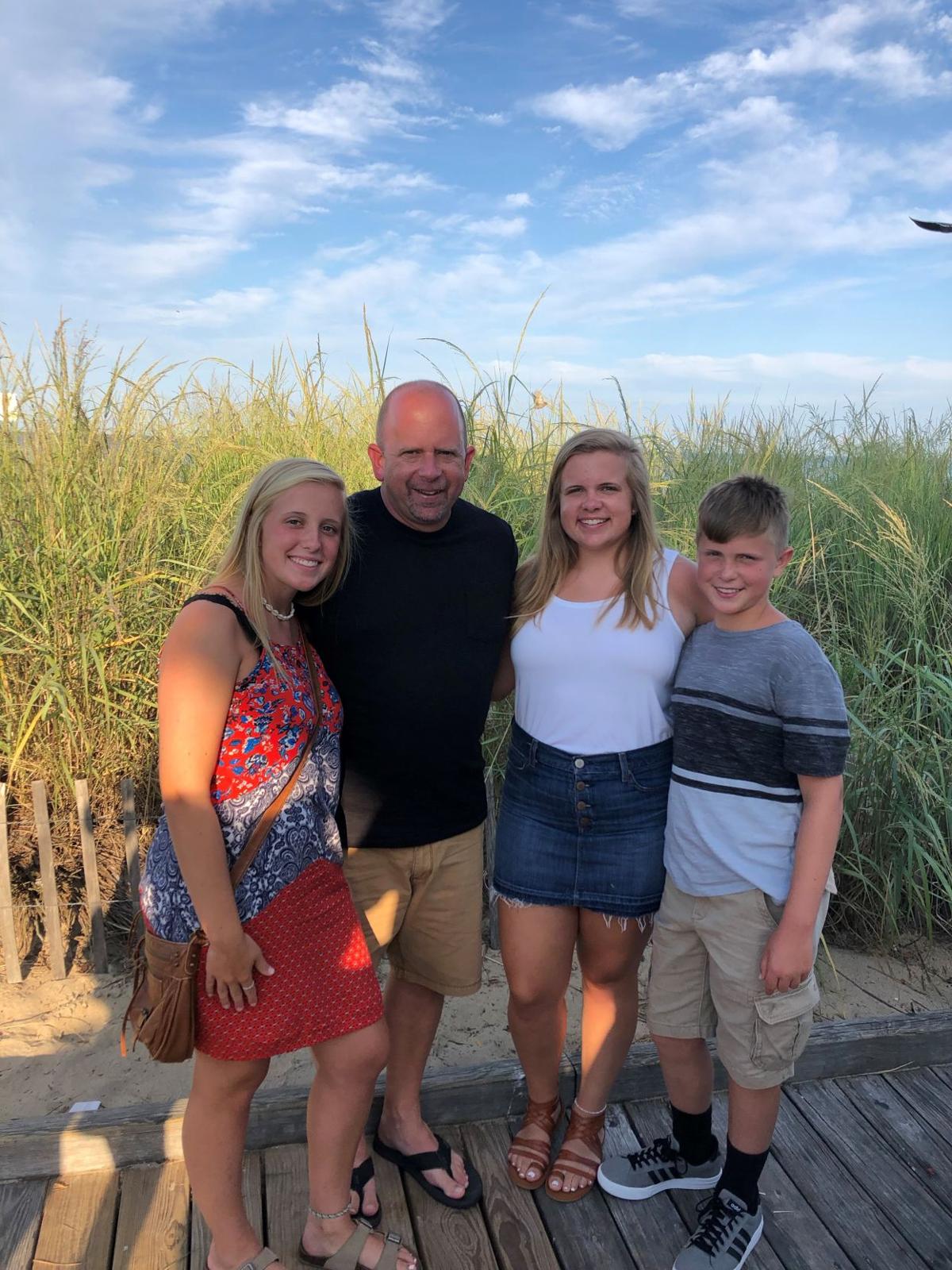 Since his wife's death in 2015, father Dean Martin, second from left, has raised his three chilrden, from left, Gretchen, Carlie and Connor. 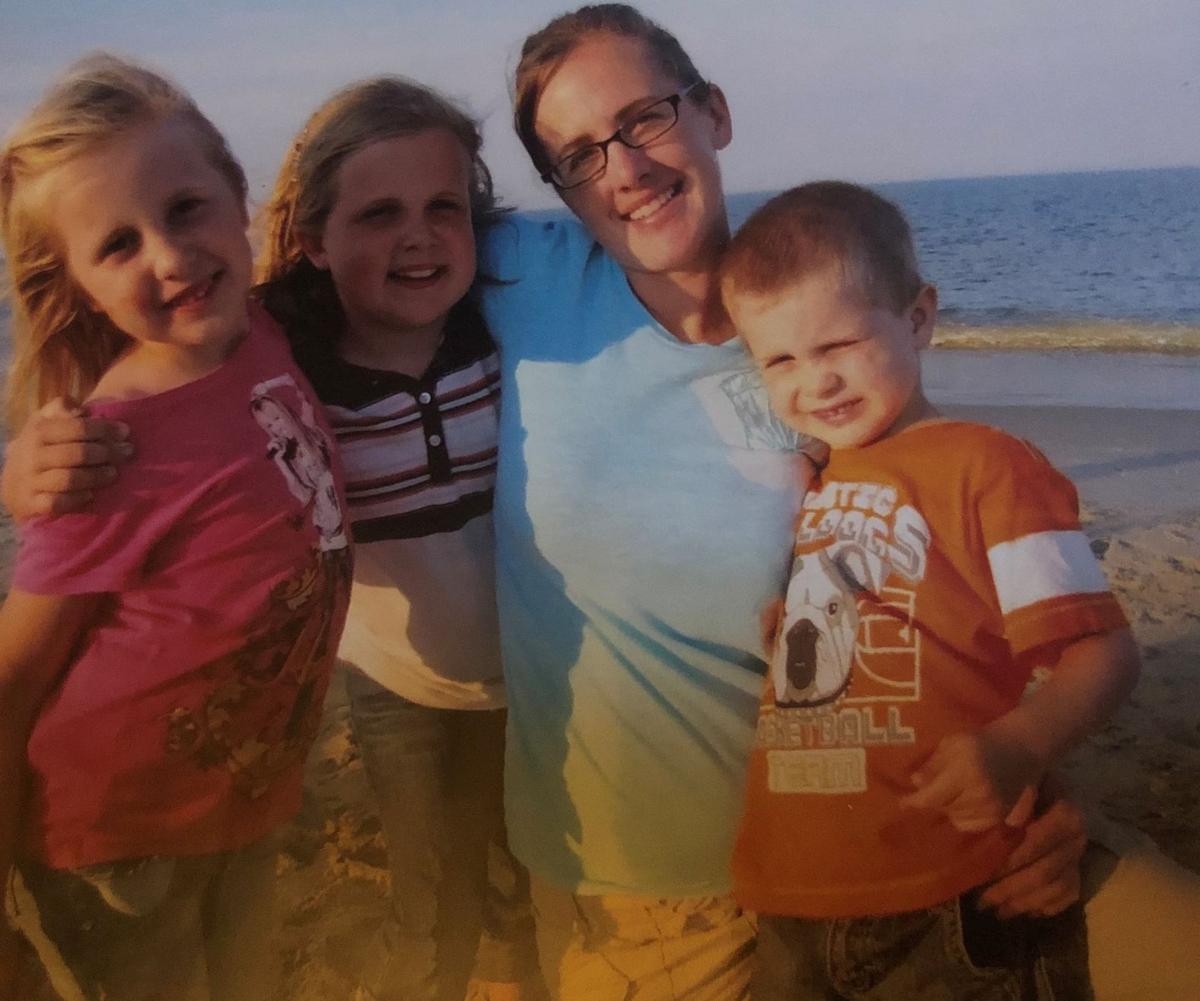 In a photo from her childhood days, Carlie Martin, second from left, with sister Gretchen, mother Beth and brother Connor. 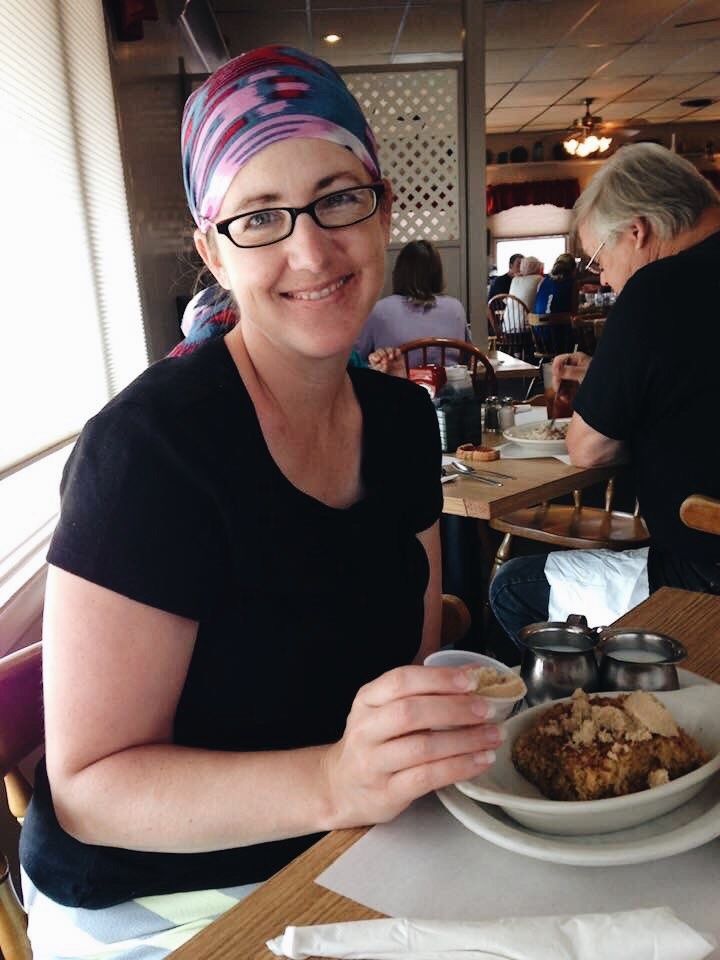 Beth Martin battled a cancerous brain tumor before her death in 2015.

Warwick senior Carlie Martin was a returning captain for the Warriors' girls lacrosse team in 2020.

Carlie Martin was one of nearly 350 Warwick seniors who received a free yard sign.

Near the end of the 2015-16 school year, Carlie Martin’s eighth-grade peers at Warwick Middle School voted for her to be the class president for the following school year. She has remained in the role ever since for Warwick’s Class of 2020.

A class of students struck by tragedy and unpredictable circumstances.

In October 2018, two of those students were killed in a car accident just outside the high school.

In the last three months, seniors have navigated the end of their time in high school without actually being at school thanks to the COVID-19 pandemic. Proms have been postponed. Changes have been made to graduation ceremonies. And seniors on spring sports teams had their final prep seasons ripped away, including Martin, a two-sport student-athlete in girls soccer and lacrosse.

Meanwhile, she has been tasked with helping steering her fellow Warwick seniors through these many challenges as their class president.

“It definitely has been like a slap in the face kind of,” Martin said. “I feel like I’ve been handed a lot of bad things in my life. It’s something you look forward to your whole life. Now it’s stripped away from you.”

Martin has attempted to approach these challenges with a positive attitude similar to the one her mom, Sara, kept in the final months of her life as she battled brain cancer.

Sara Martin died five years ago. She was only 37.

“My dad (Dean Martin) said when she died she had a smile on her face,” Carlie Martin said. “Because she knew she was going to heaven.”

When her mom died, Carlie Martin was 12 years old, the big sister to brother Connor and sister Gretchen.

“I definitely feel like more of a role model than a sibling,” Martin said. “I know sometimes now I feel like I have to play mom, like when I have to drive my siblings to practice.”

It’s here Martin points out her family isn’t one to talk about their feelings.

“We all kind of stick to ourselves,” she said. “I think we all will go to my dad first if we have problems. We trust him to give us advice.”

So what has kept this family moving forward since losing their mom?

Well, the answer is multifaceted.

First, look at the kind of person Sara Martin was. A volleyball player at Warwick and Alvernia. A piano player, worship team leader and Sunday school teacher at Hammer Creek Mennonite Church in Lititz. A physical therapist assistant at Lancaster General Hospital.

“My mom was a great person,” Carlie Martin said. “I couldn’t tell you anything bad about her. You could tell her first priority was her kids and taking care of us.”

Second, look at the values instilled in the Martin children by their parents.

“The way I was raised, if you’re going to do something, do it right the first time,” Martin said. “I always had that driven into me: Whatever you do in life, do it well. That has translated into all aspects of my life.”

Including athletics. All three Martin children are multi-sport athletes.

“Carlie has always been a natural-born leader,” Warwick senior classmate and soccer teammate Jasmine Weaver said. “She’s always been someone who has remained positive even when we aren’t doing our best.”

“If I could have a thousand Carlies I would love every minute of it,” Warwick girls soccer coach Wendell Hannaford said.

Martin, who also works a part-time job at Fox Meadows Creamery in Ephrata, has brought a similar attitude to the classroom, compiling a 3.82 grade-point average.

The Martin family will gather for dinner on Mother’s Day.

“But we don’t do anything special,” Carlie Martin said.

Still, her mom will weigh heavily on her mind, perhaps a bit more than most days.

“It definitely makes me think about how special the years were that we did have,” Martin said. “Like, we’d have soccer games on Mother’s Day where the players would always give flowers to the moms.”

Because of the risks presented by the coronavirus, Warwick will hold a online graduation ceremony for its seniors June 9 — five years to the day since Sara Martin died.

Her daughter has made peace with the coincidence.

“It’s kind of a reminder that although my mom isn’t physically here to see me graduate,” Carlie Martin said. “She’s still watching me and is proud of me.”

'She tells you when to go to bed': Kids' thoughts on Mother's Day, circa 1970 [Lancaster That Was]

Nearly $6,900 from US Lacrosse to elementary school, 3 youth organizations in Lancaster, Lebanon counties

Warwick School District on Wednesday tweaked its spectator limits at extracurricular events in order to allow parents to attend.