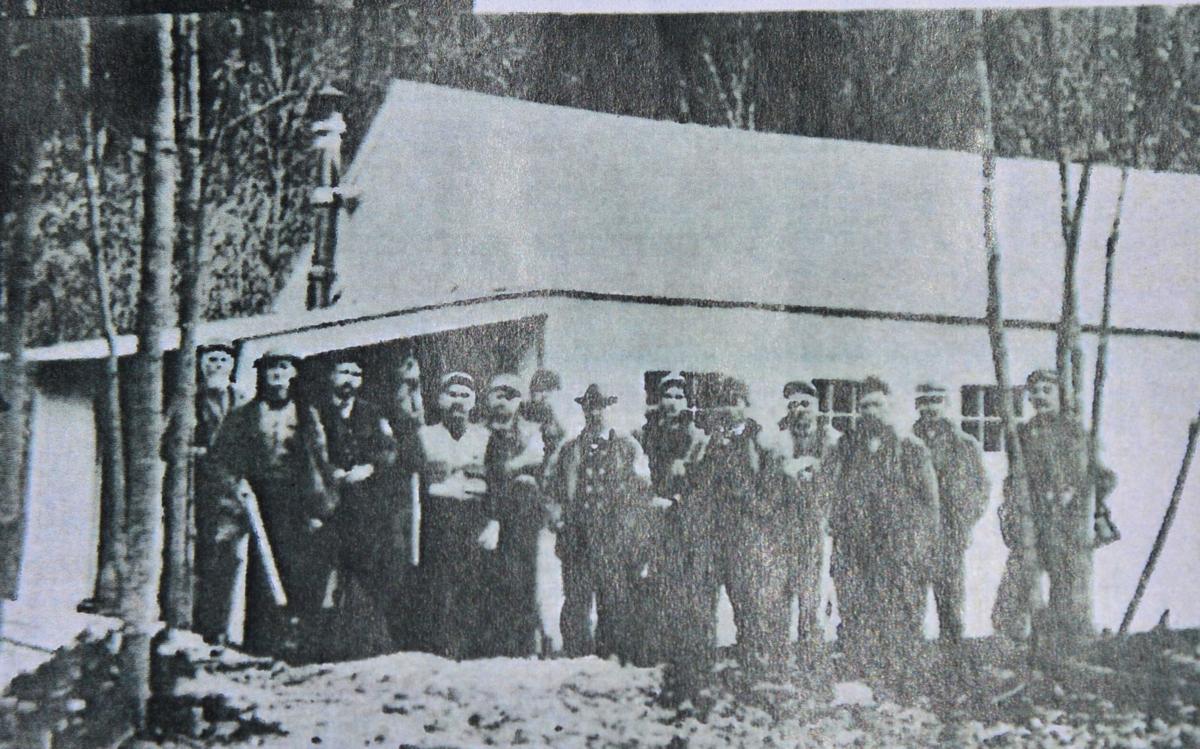 Members of the Black Log Hunting & Fishing Club outside Tin Shanty around 1912. 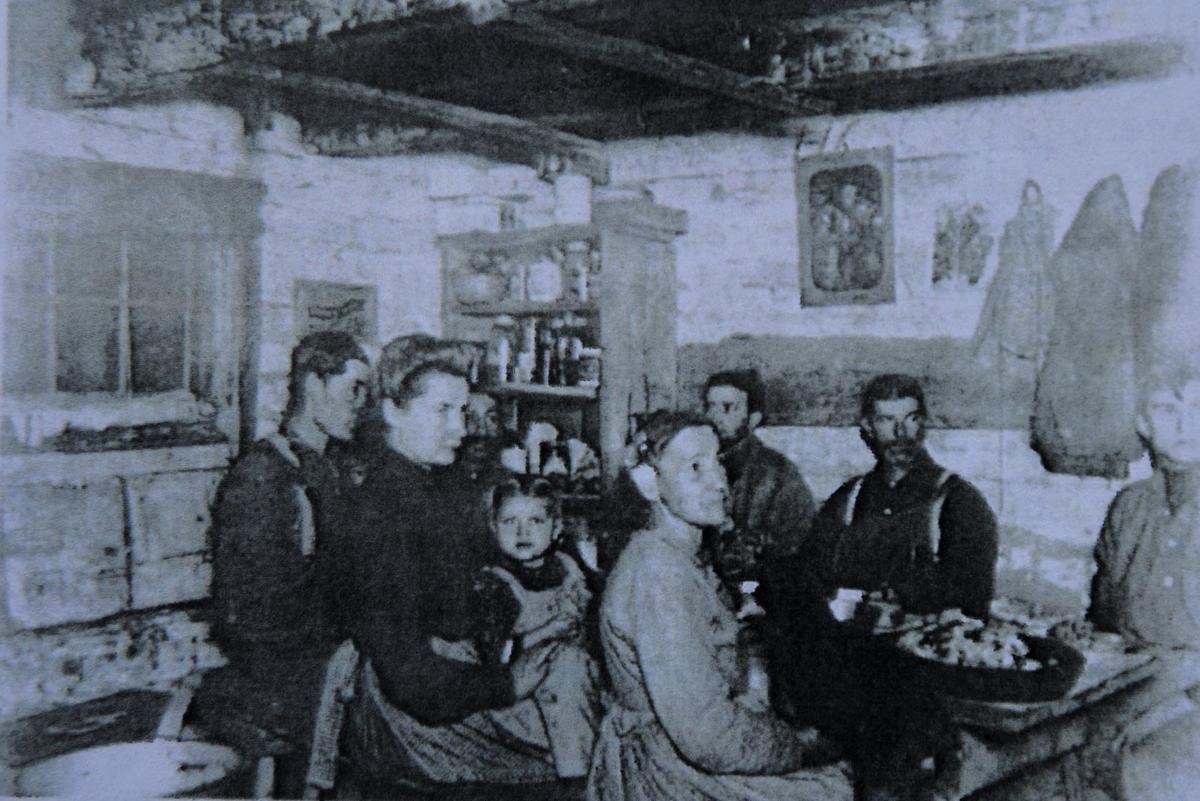 Members of the Black Log Hunting & Fishing Club outside Tin Shanty around 1912.

Come with me back to a time when going to hunting camps in Pennsylvania involved train rides, then long mule shuttles to primitive cabins or tents.

To a time when squirrels and rabbits were the main targets, not deer or turkeys, which were scarce. A camp taking two deer in a single season was an incredible feat.

To a time when after you fired a heavy 10-gauge breech loader blackpowder shotgun, you had to wait a few seconds for the gun smoke to clear to see if you hit your target.

To a time when a man living on an isolated farm would not go to a doctor when he lost a hand in a sawmill accident.

Thanks to Tom Stauffer, of Lititz, I have stumbled onto a remarkable time capsule from the slowly dwindling Pennsylvania hunt camp tradition.

“A Century of Wild Game Hunting in Penn’s Woods” by Earl Noll is 18 pages of reminisces of the Black Log Hunting & Fishing Club, a group of mostly Lancaster County farmers and businessmen who started making the annual pilgrimage to a camp in the Black Log Valley of Juniata County around the 1860s.

The camp began when Jacob Seitz, Sam McDonald and George Morrison, of Lancaster County, made arrangements to room and board with the Steltzer family, who lived at the base of a mountain about 7 miles from McVeytown.

The hunters would set out by train from Columbia at night and arrive at daybreak. Then they and their trunks of gear were transported by mule for 7 miles on a narrow trail to the Steltzer farm.

The family, which grew all their own produce and meat, served the hunters belly-busting meals. On a nearby wall, a photo shows a whitewashed invitation in German, “Huck dich” — sit yourself.

As the camp members grew, the Steltzers built a new log cabin to accommodate them in the 1870s. The camp took on the Black Log Hunting and Fishing Club name in 1885.

Camp humor and pranks, it seems, go way back. Noll writes about the time in 1883 when “Hen” Klugh invited two teen hunters into the woods to show them where he said he once shot six squirrels from a single tree.

“They walked a long distance,” Noll recounts, “when Hen stopped short and turning around quickly, asked, ‘What in the heck do you fellows want?’

“The lads reminded him that he wanted to show them where he had shot six squirrels from one tree. ‘Oh, we were past that long ago,’ was Hen’s answer.”

Deer are the main draw of today’s hunting camps. But in the late 19th century, deer were scare, a combination of bare mountainsides from logging and year-round subsistence poaching by locals.

“They also set shotgun snares for the deer and baited them,” Noll wrote. “There were some game laws, but no one to enforce them on these many acres.”

Instead, squirrels in the morning and rabbits in the afternoon with beagles was often the routine. Records kept between 1915 and 1929 showed only three deer. The highlight for 1917 was the spotting of a spike buck. But squirrels killed numbered in the hundreds. Fishing for trout in local streams also was popular.

Around 1900, there was some kind of falling out among members of the camp and the initial founders of the club set up a tent on nearby land. In 1912, a more accommodating cabin was built and named “Tin Shanty.”

Some of the members also belonged back in Lancaster County to the Mud Run Fishing Camp, where the Muddy Run hydroelectric power plant is now located.

The camp also hired a camp cook. Dinners might include squirrel potpie, roast turkey with all the trimmings and home-baked bread and pies.

The club watched sadly as the mighty chestnut trees that cloaked the mountains slowly died from blight and were transformed into lonely ghosts.

The big hubbub in the early 1930s was a CCC Camp built near Licking Creek, accommodating about 200 Black workers. During the same time, hunters would sometimes stop and visit a couple that manned the Shade Mountain fire tower, sometimes for weeks at a time.

On one spring trip, an enterprising club member saw a small trout in the spring by the cabin. He tied a pin to a piece of yarn and succeeded in catching a 5-inch undersized trout.

He laid the trout on the wood pile, 3 feet from the cabin door. Thirty minutes later, Warden Yocum showed up for a visit, much to the illegal angler’s dismay. But the warden never saw the trout.

In the 1950s, a game warden shot and killed a deer poacher in the area after the man attacked the warden. In 1966, a local mountain man was shot and killed after kidnapping a local high school girl for more than a week.

In 1990, the state bought the original 200-acre Steltzer farm, adding it to Tuscarora State Forest. It is still known as the Steltzer Farm to hunters, including Stauffer, whose family has had a nearby camp for three generations.

He had long heard stories about the Black Log Hunting & Fishing Club. And now, having been given a copy of Noll’s history of the camp by the great-grandson of the family that carried the hunters to camp by mule, he realizes that many of the yarns were true.

“It’s a shame you can’t go back because when I was younger a lot of that was still going on,” Stauffer says.

'A breath of fresh air': Lancaster residents, businesses band together during the pandemic [Good News Roundup]

In such uncertain times, it’s easy to feel pessimistic.

Editor's note: This story will be updated throughout the day. Be sure to check back for the latest COVID-19 information.

Since I’ve been working from home for more than a year, a majority of my daytime has been spent looking out a 4-foot-by-8-foot window. You may…