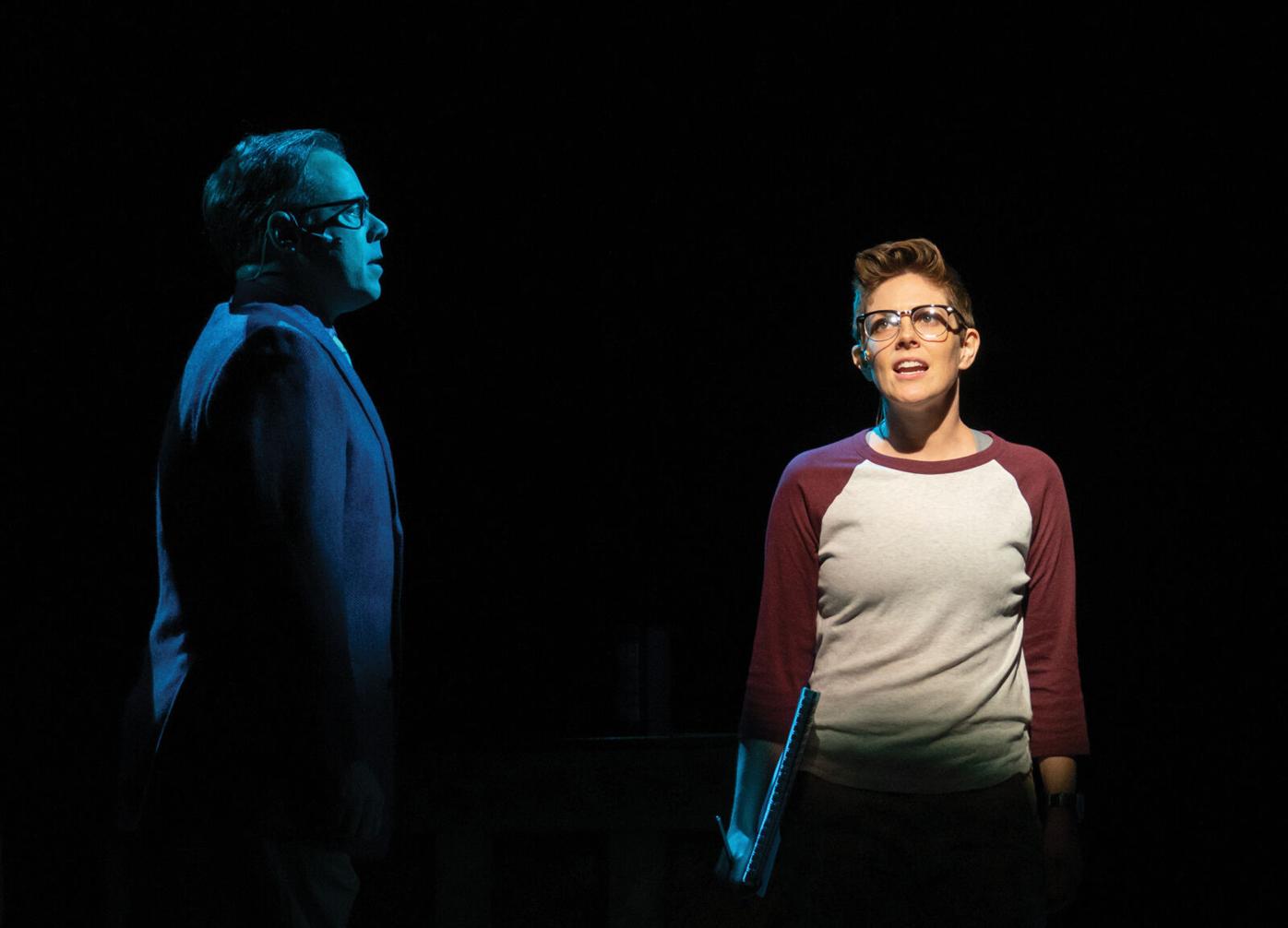 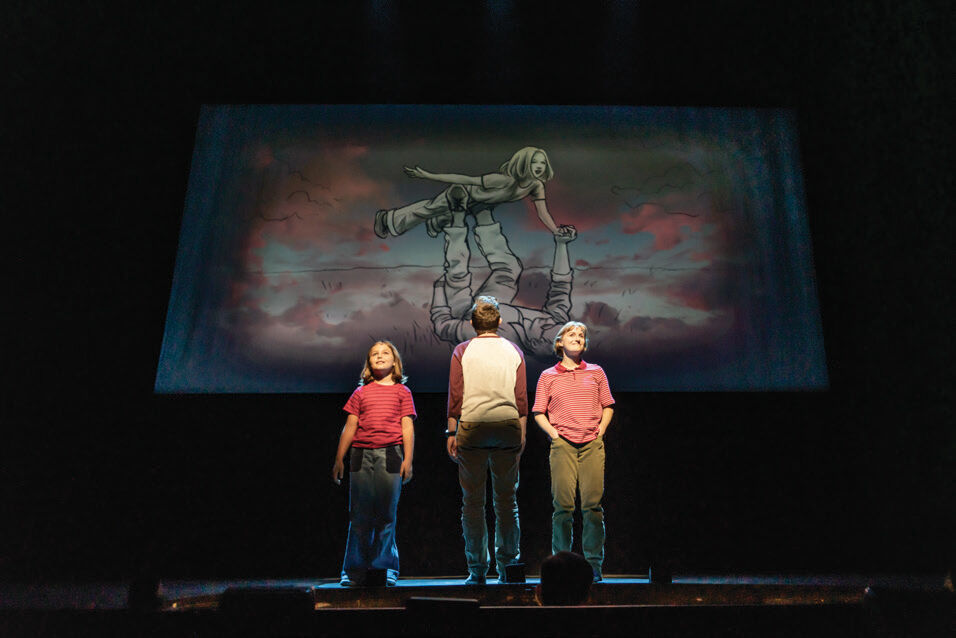 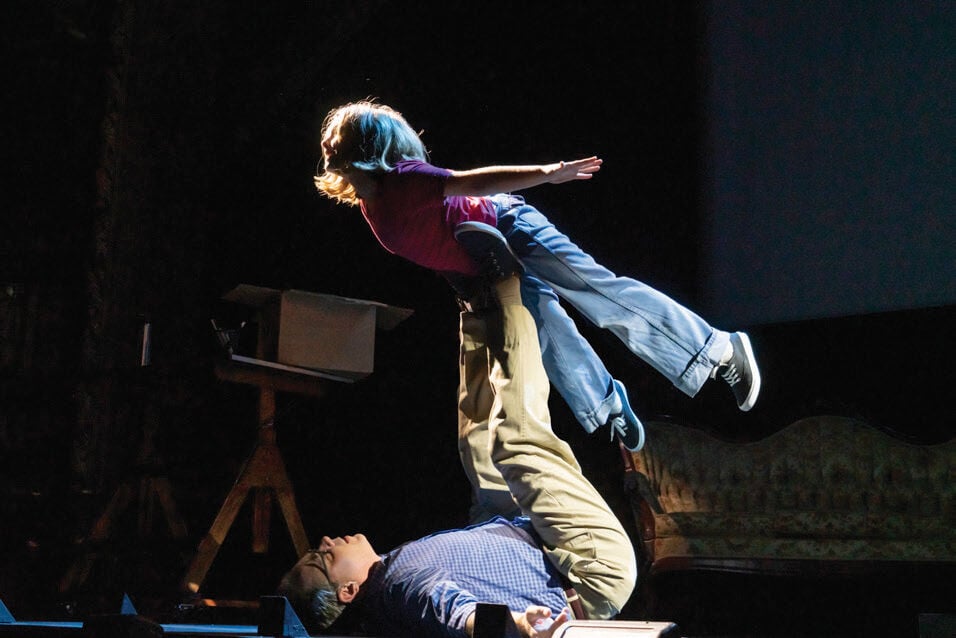 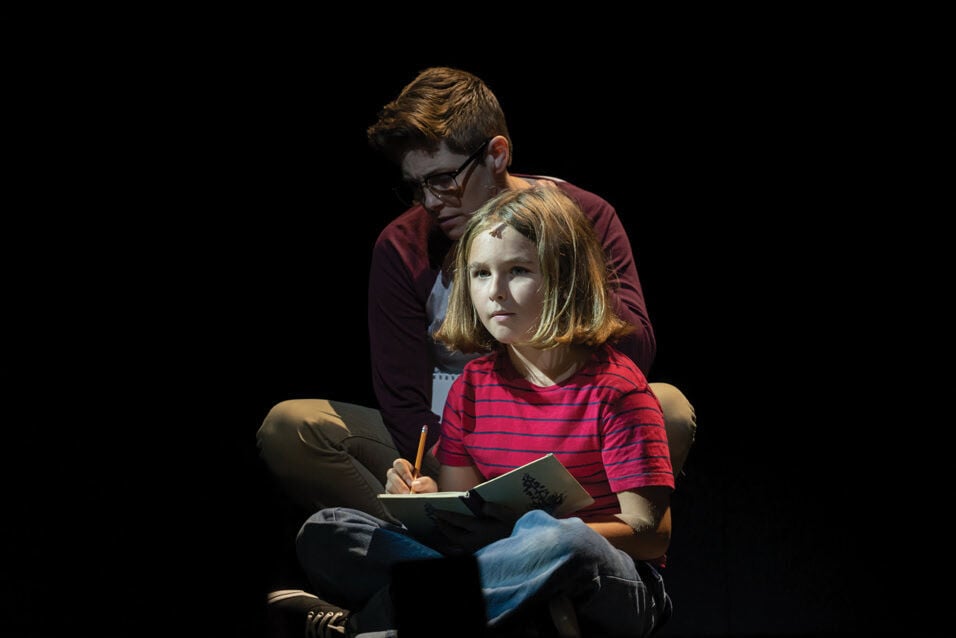 Fulton veteran Kate Fahrner is not the only Alison on stage in The Fulton’s production of Fun Home. She plays Adult Alison, alongside Abigail Isom as Medium Alison, and Lillian Philbrook as Young Alison. “I really love the finale of this show, where all three Alisons sing together,” Fahrner says. “After taking the audience through the journey of figuring things out from each Alison’s perspective, and being apart in a way, the three Alison's all sing together in real joy. It’s a release of emotions. It’s a complicated joy.”

Fun Home’s journey to the main stage at Fulton was also a complicated joy. “After closing Kinky Boots and going dark for 18 months during the pandemic, Fun Home is the perfect show for the start of this season,” Fahrner explains. “It’s a smaller set and a cast of just nine people, so there is less financial risk if we have to shut down because of an outbreak. But these possibilities also presented us with an amazing opportunity,” she emphasizes. “Fun Home is meant to expand our minds and our thoughts. It would have been too risky to start the season with such a ground-breaking show in another era. But not now.”

Fahrner was in Kinkyboots at The Fulton when the pandemic hit. “But here I am, again,” she laughs. “18 months later, I’m back at the place where I was when it all shut down. I’m lucky. The Fulton is one of my favorite places. Sometimes I look out into the audience and think, ‘I can't believe this is finally happening.’

At its heart, Fun Home is an emotional musical that reminds the audience that although we’re all different, in many ways, we are all the same. Fahrner says, “People think that because there is a gay protagonist, it will be shiny and sequined like Kinky Boots. But this musical isn’t full of tap shoes and big dance numbers.

“Alison wants to write a book on her father, a closeted homosexual who committed suicide. She wants to understand why they were so similar yet so different,” Fahrner continues. “As adults, at some point, we begin to see our parents as people, existing in their own circumstances, not just revolving around the children. And that shift in perspective changes everything. That’s what Fun Home is about.”

Fun Home is an autobiographical Broadway show based on a graphic novel by cartoonist and Pennsylvania native Alison Bechdel. The musical adaptation won many awards, including the 2015 Tony for Best Musical, and was a finalist for the 2014 Pulitzer Prize for Drama. “It’s such a privilege to play Alison,” Fahrner emphasizes. “It’s an important role – a breakthrough role on Broadway. We all have hard family relationships that we have to work through. And we don't always get to do that in musical theatre where it’s usually about singing and dancing and making people feel really happy. But it’s just a dream to play Alison and to join everyone back at The Fulton and use our brains and have these amazing conversations and be able to dig in on this stuff. I have missed that for the last 18 months. And I just feel so lucky to be here, now, doing this play.”

Success! An email has been sent to with a link to confirm list signup.

The Host expands, the Hoffman building burns, and the term 'soccer mom' debuts [Lancaster That Was]

Lady Jane's Salon unites romance writers for readings, conversation in Manheim; here's when they're meeting next