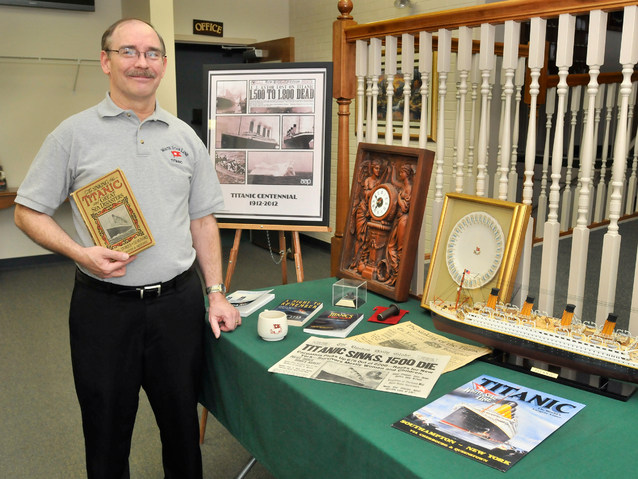 The Rev. Jeffrey Dunkle stands with some of his collection of Titanic memorabilia. (Suzette Wenger / Staff) 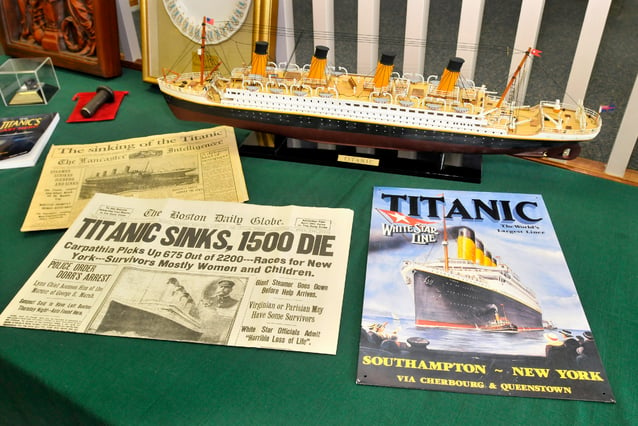 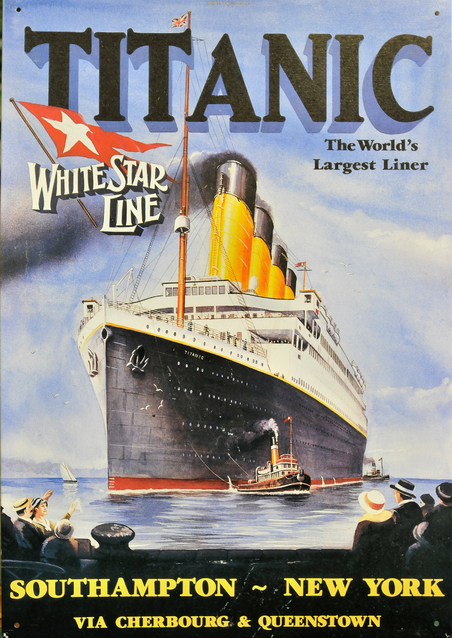 A reproduction of a Titanic poster is seen. (Suzette Wenger / Staff) 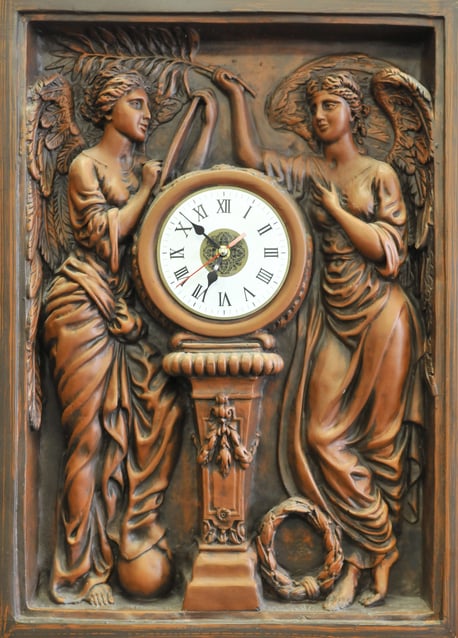 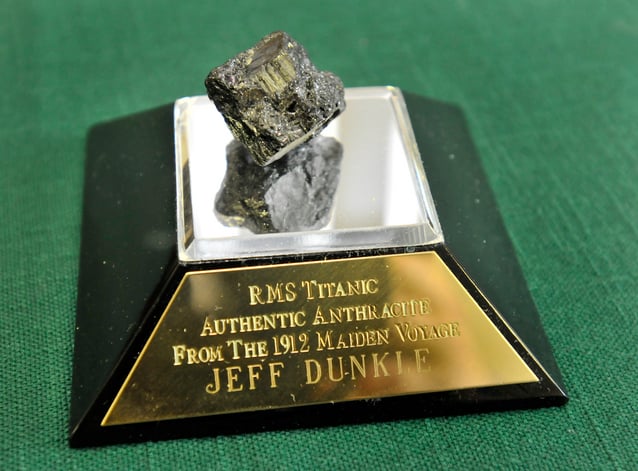 An authentic piece of coal from the Titanic is seen. (Suzette Wenger / Staff) 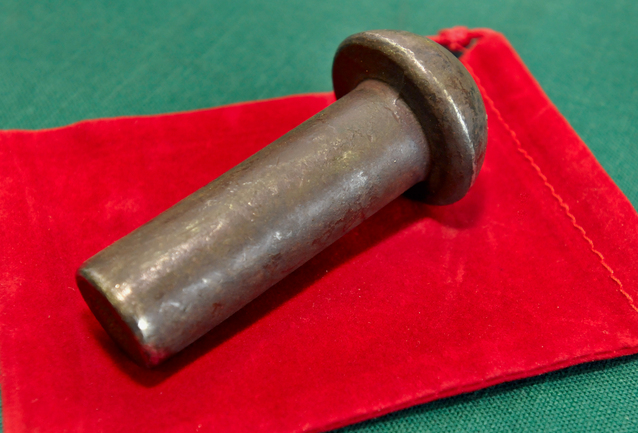 A replica rivet from the Titanic is seen. (Suzette Wenger / Staff)

The Rev. Jeffrey Dunkle stands with some of his collection of Titanic memorabilia. (Suzette Wenger / Staff)

A reproduction of a Titanic poster is seen. (Suzette Wenger / Staff)

An authentic piece of coal from the Titanic is seen. (Suzette Wenger / Staff)

A replica rivet from the Titanic is seen. (Suzette Wenger / Staff)

As the Rev. John Harper faced certain death on the maiden voyage of the RMS Titantic, he thought not of himself but of others.

Harper, 39, safely stowed his 6-year-old daughter, Nana, on a lifeboat. (She survived.) He gave away his life jacket.

Then the Baptist minister from Glasgow urged those around him to trust in the Lord as their savior.

"At a moment's notice, we all need to be ready to meet the Lord," said the Rev. Jeffrey Dunkle, pastor of Manheim Grace Brethren Church and a self-described "Titanic buff."

"This is a story of human character and the frailty of life."

On Sunday, the church, at 333 E. High St., will mark the 100th anniversary of the sinking of the Titanic. For more information, go http://www.manheimgrace.com/.

"A Titanic Sunday" will begin at 9:30 a.m. with the screening of "The Titanic's Last Hero," Harper's story based on a 1997 book of the same title by Moody Adams.

Dunkle, 58, will recount stories of bravery and faith on the Titanic -which sank on Sunday, April 14, 1912, after hitting an iceberg - in a 10:30 a.m. service of remembrance and reflection."

One of those stories is about officers working in the wireless room.

"Captain (E.J.) Smith told them they had done their duty, they were free to try to save their lives," Dunkle said. "But they stayed on a little longer. They could have walked away."

There are lots of stories that vilify the wealthy on the ship, the pastor said, when in fact many of them gave up their life jackets and stood aside to let others in the lifeboats.

"It's a real test of character," Dunkle said. "We don't know what we would do until we're tested."

Milton S. Hershey and his wife were booked on the ship, Dunkle said, but canceled because Mrs. Hershey, who died a few years later, was ill.

The story that a man dressed as a woman to get on a lifeboat is untrue, he said, noting that there was no law that said women and children went in the lifeboats before men.

"It was just English courtesy. It was a cold night, but there was a lot of heroism."

The service will include "Eternal Father, Strong to Save," a hymn from the worship service held by the Titanic's captain earlier that fateful day.

The service also will include "Nearer, My God, to Thee," one of the last songs played by the White Star Orchestra in a continuous farewell concert on the ship.

"We know for sure they played on until they couldn't stand any longer. There are so many lessons in this. None of them survived."

Dunkle became infatuated with the Titanic as a child, when he found in his father's library the 1912 book "The Sinking of the Titanic and Great Sea Disasters," edited by Logan Marshall.

The book opens with "A Message of Spiritual Consolation," by the Rev. Henry Van Dyke, who quotes John 15:13: "Greater love hath no man than this, that a man lay down his life for his friends."

Long before Robert Ballard discovered the Titanic on the ocean floor in 1985, the supposedly unsinkable 45,000-ton, three-football-fields-long ship had become one of Dunkle's hobbies.

The Greencastle native, who has served Manheim Grace Brethren for 12 years, has been collecting Titanic memorabilia, most of it gifts, for more than 30 years.

Some of his collection of books, magazines, photos, models, newspaper reproductions and other items will be on display after the service.

But he is quick to say he is not a Titanic expert and his collection is not museum quality.

"I'm just an average guy with an interest in the Titanic," he said.

"It's very appropriate for a church to remember and reflect on the value of human life and to learn lessons of courage and heroism.

"We need to have heroes in our everyday life."