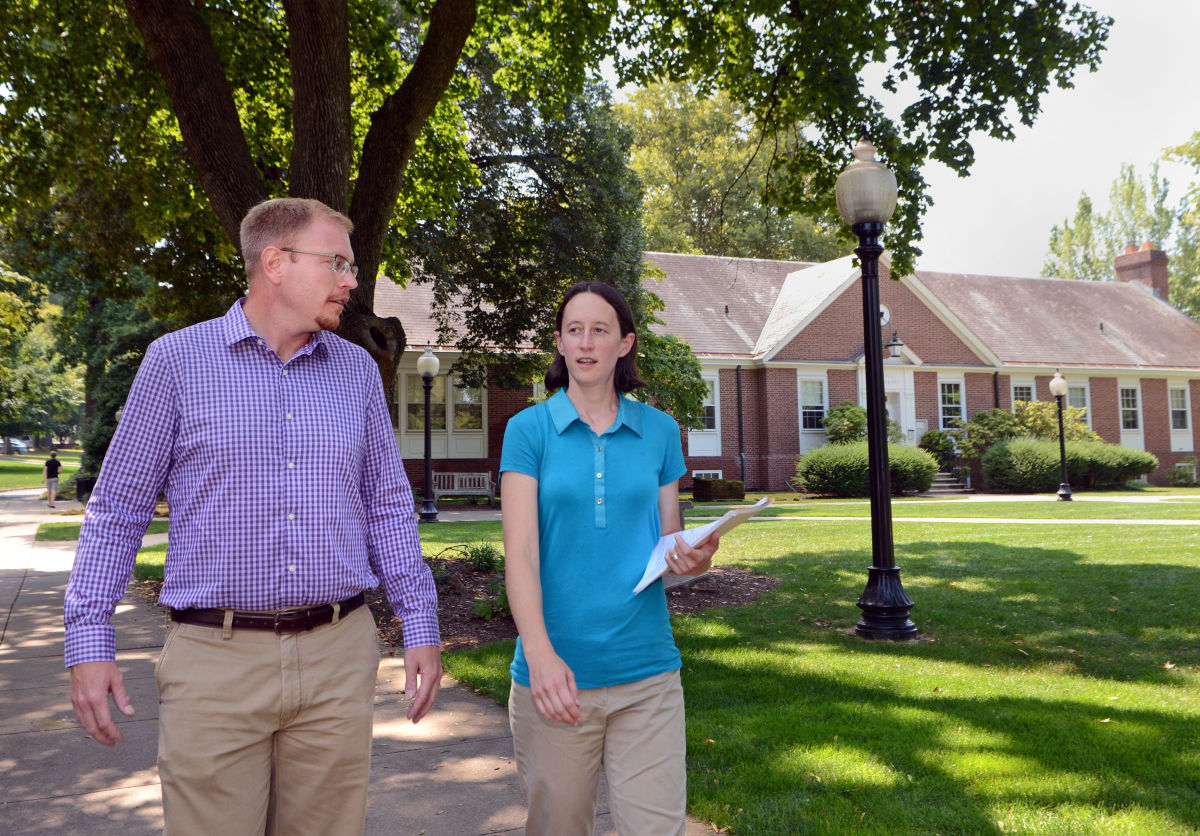 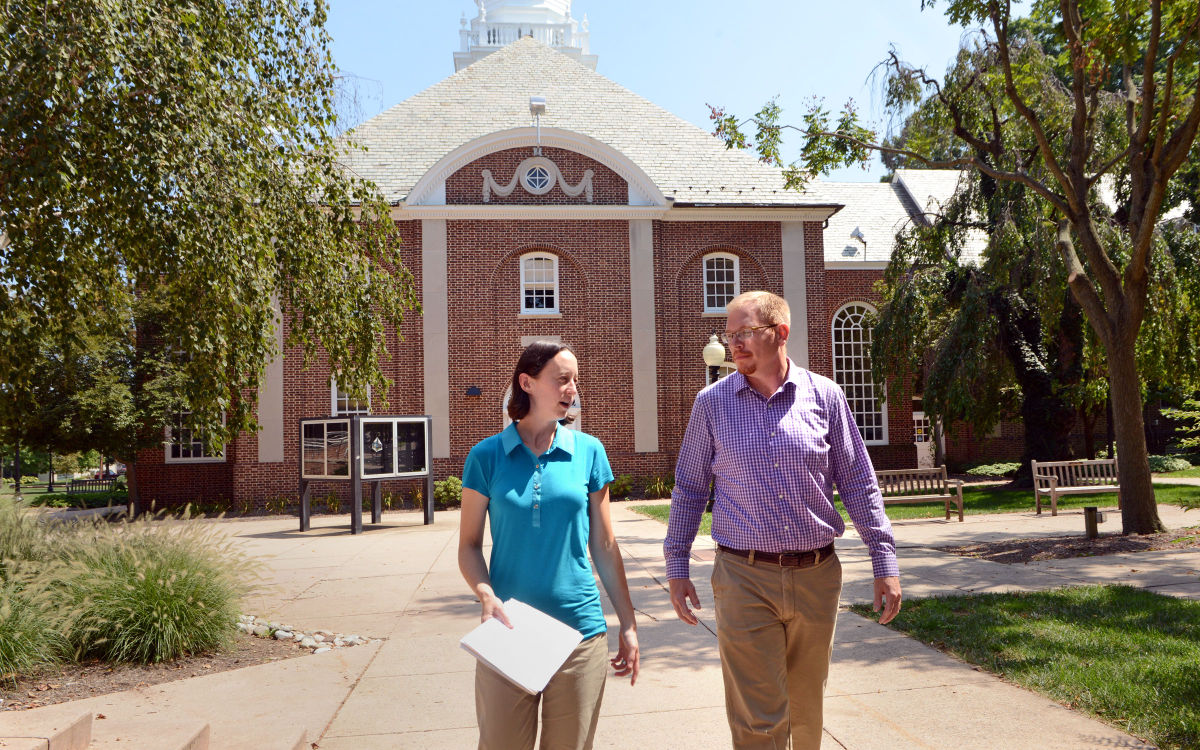 In the fall of his freshman year at Shippensburg University, 18-year-old Jesse North noticed a student wearing a shirt with the words "Christian Fellowship."

“I asked him, ‘What's that?’ and he said, ‘Come to my apartment tonight and find out.’ I was used to being told what the Scriptures meant by old, gray-bearded preachers at church.  Discussion-based Bible study was a revolutionary concept," says North, who grew up in Waynesboro in the Old German Baptist Brethren Church (Dunkards). “I was hooked.’’

North, 39, of Manheim Township, is the new director for the South Central Pennsylvania area of InterVarsity Christian Fellowship U.S.A., a nonprofit organization described on its website (intervarsity.org) as “an evangelical campus mission serving students and faculty on college and university campuses nationwide.’’

Founded in 1941, InterVarsity currently has more than 900 chapters on about 600 campuses, serving more than 40,000 core students and impacting about another 150,000, North wrote in an email.

It was while he was at Shippensburg, North says, that his faith became real to him.

With InterVarsity since 1998, North says what motivates him most in his work is that "what happens to students in college shapes the trajectory of their life choices — the choices they make about what they do in life, about who their best friends are, about what they do with their free time on a Saturday night, about how they engage the questions of faith and what life is really about.

"What we try to do at InterVarsity is make a space for students to ask those questions."

North cited a survey that found that 70 percent of college freshmen are looking for meaning and purpose in college.

"I don't think that is what most people would think," North says.

John Stundon, 20, a senior at F&M studying computer science, began attending weekly InterVarsity Bible studies at the college his freshman year, led them the next two years and will lead them again this school year, from 9 to 10 p.m. Tuesdays in the common area of the Ware College House, on Race Avenue. InterVarsity also hosts Bible studies with other leaders other nights of the week for those who can't make it on Tuesdays.

Stundon, of the Lewistown area, worships in Lancaster at Sacred Heart Catholic Church, 558 W. Walnut St. Each InterVarsity Bible study at F&M, he says, begins with reading and discussing a short Scripture passage.

"Then we try to apply what we learned to our call in life, and we get to know each other in the process," Stundon says. "Even though we're a small group, we're on all different levels of faith. That spurs good discussion because not everyone agrees."

Stundon says because college is more intellectual than spiritual, Bible studies for him are better than going to sing at a church.

"It shows that spiritual is not separate from intellectual," Stundon says.

And Stundon enjoys the social aspect of the gatherings.

"Because Bible studies can attract a wide range of people, I get to talk to people I won't usually talk to about deep, spiritual issues."

"I'm not naturally a leader," Stundon says. "But I became a Bible study leader because freshman year I felt I received things that were awesome, and now I'm giving back. We're looking at Bible passages as relevant rather than ancient text."

Stundon says one of the surprising things he learned in Bible study is the importance of forgiveness — "to talk to someone you've held a grudge against or a family member or old friend you grew apart from or had bitter feelings toward."

Staudt Willet, of Lancaster, has been a community volunteer at F&M through the chaplain's office for the last four years of her nine years with InterVarsity.

She noted that InterVarsity is not the only religious group at F&M.

"It has a vibrant religious community," she says.

The Elizabethtown native graduated in 2004 from Bucknell University, where she met North, who previously served there as an InterVarsity team leader. She worships at James Street Mennonite Church.

Staudt Willet began her college studies as a chemistry major.

"But the longer I was at Bucknell, the less I liked chemistry. I loved learning chemistry, but I did not like doing it in the lab. The longer I was student leader with InterVarsity, the more I loved helping people experience Jesus and grow," she says.

"So my love of problem-solving and figuring out why the world was the way that it was transformed from molecules to people and faith."

InterVarsity is supported by donations from individuals, foundations and churches. To make a donation, go to donate.intervarsity.org/support/31. For more information, email jesse.north@intervarsity.org.