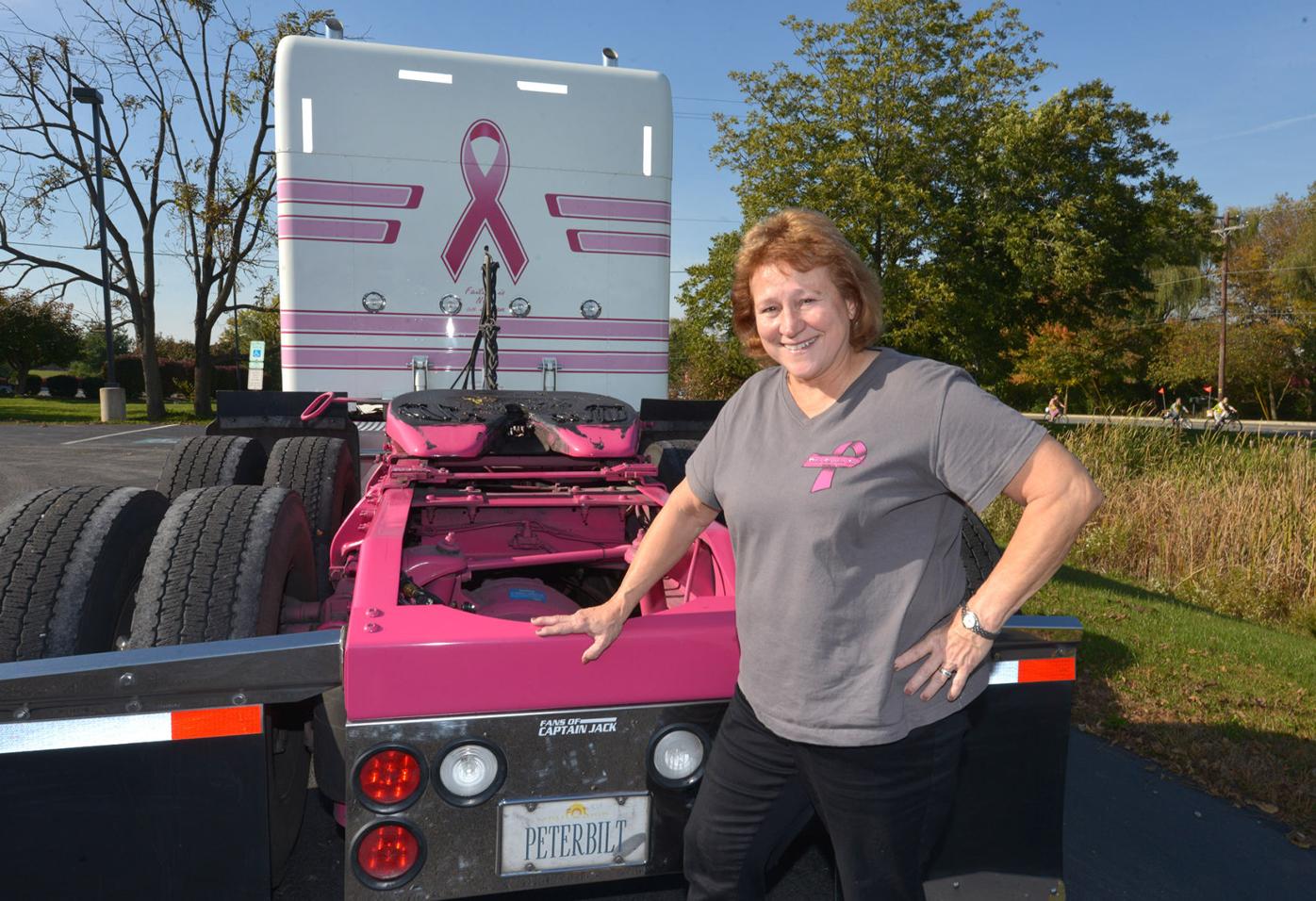 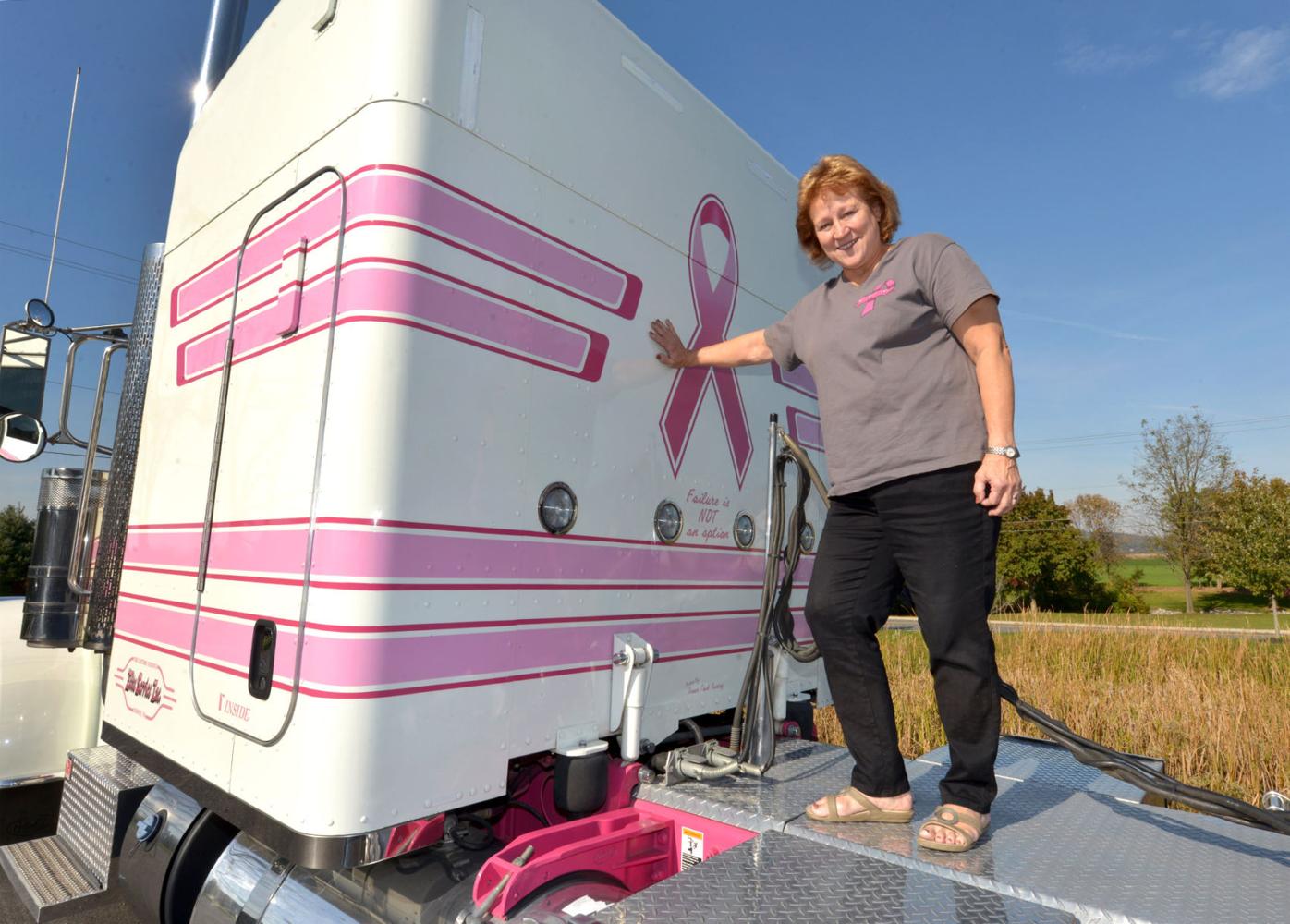 Lynne Cover,breast cancer survivor, poses with her pink striped truck at Elite Service Inc. She is co-owner of the trucking company. 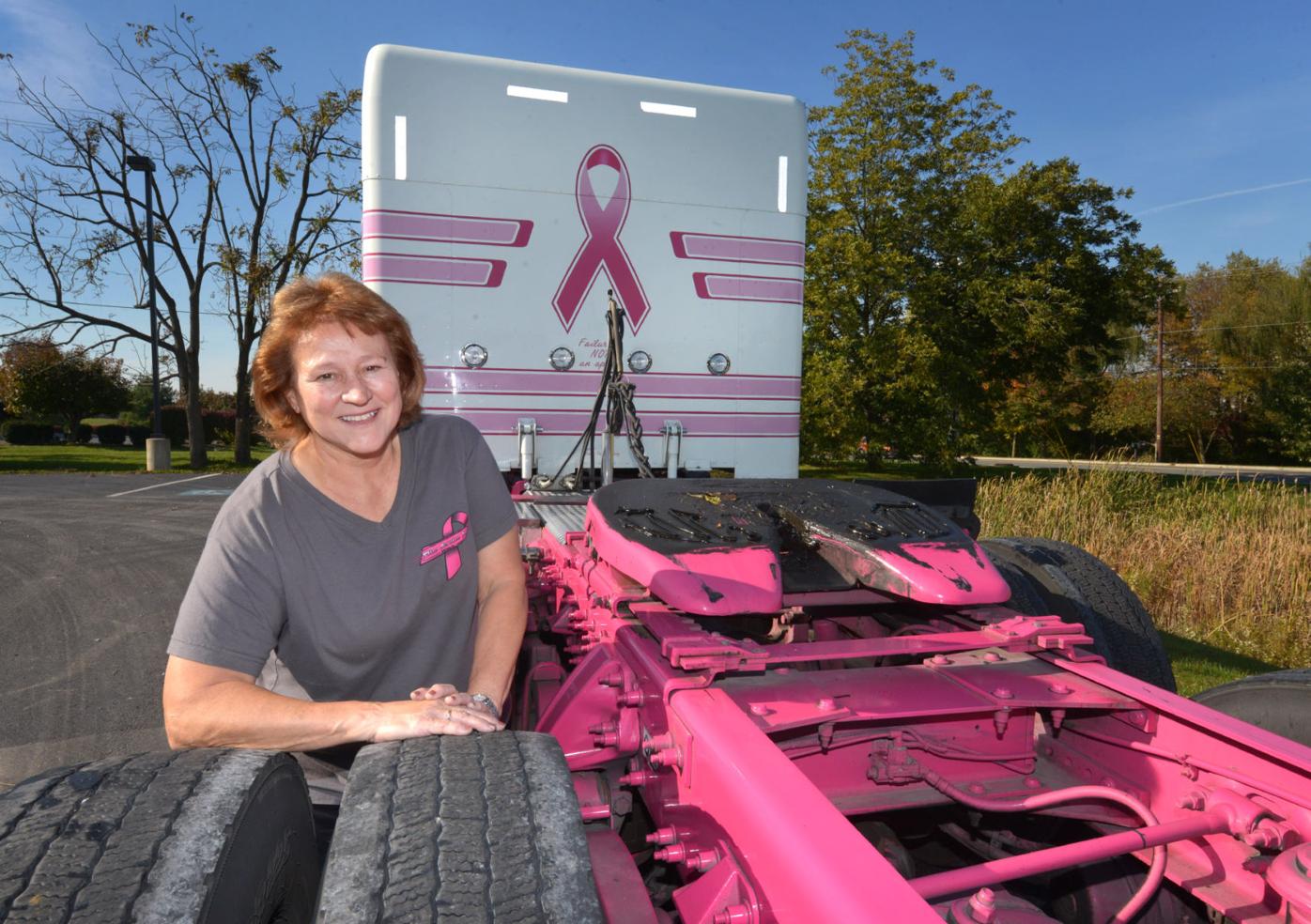 Lynne Cover, breast cancer survivor, poses with her pink striped truck at Elite Service Inc. She is co-owner of the trucking company.

Lynne Cover,breast cancer survivor, poses with her pink striped truck at Elite Service Inc. She is co-owner of the trucking company.

Lynne Cover, breast cancer survivor, poses with her pink striped truck at Elite Service Inc. She is co-owner of the trucking company.

Along with the long pieces of extruded aluminum and light poles that Elite Service Inc. trucks deliver all over the country, one special truck also delivers a message.

The truck has pink stripes on the side and on the back, a pink breast cancer ribbon and a message: “Failure is NOT an option.”

Truck 142 is a tribute to Lynne Cover, who battled breast cancer. She also happens to be a co-owner of Elite Service, based in Denver

The truck also is a 75-foot-long billboard for breast cancer awareness.

When people see the truck on the road, they’ll wave or give a thumbs-up to truck driver Ron Yoder, Cover’s son-in-law, and tell him stories about their loved ones who have battled cancer. 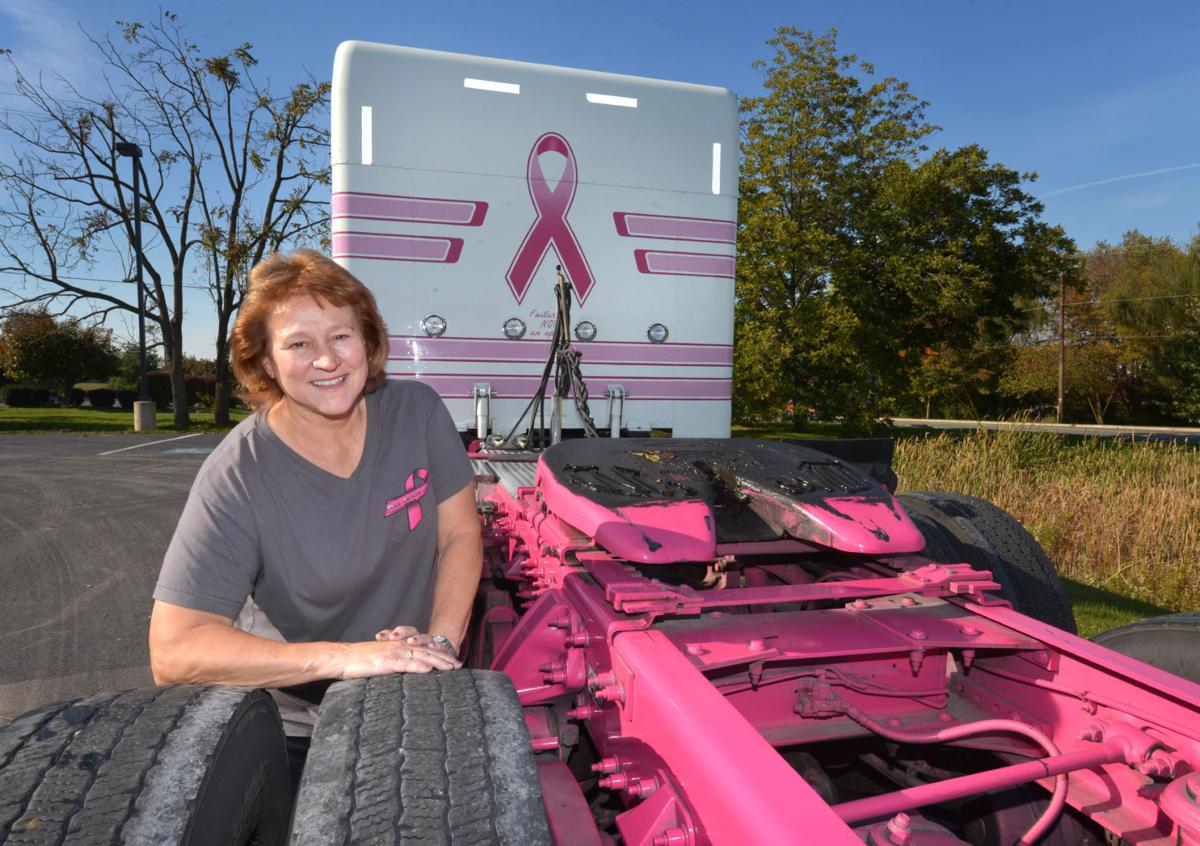 Nearly 30 years ago, Cover took a break from her career as a respiratory therapist to handle the office side of husband Ron’s growing flatbed trucking company.

Today, three generations of the family work at Elite Service Inc., both in the office and on the road.

Lynne and Ron Cover, who live in Brecknock Township, Berks County, continued to put in long hours as the business grew.

In 2011, during a vacation to Nova Scotia, Lynne noticed a lump in her breast. She returned home to learn the lump was a large tumor.

Lynne, who was 58 at the time, had 26 weeks of chemotherapy, four surgeries and more than 30 radiation treatments at Wellspan Health’s Ephrata Cancer Center.

She continued working during the treatments and set up an air mattress in the office, so she could rest when needed.

“It taught me on so many levels. … I’m better because of that experience,” she says. 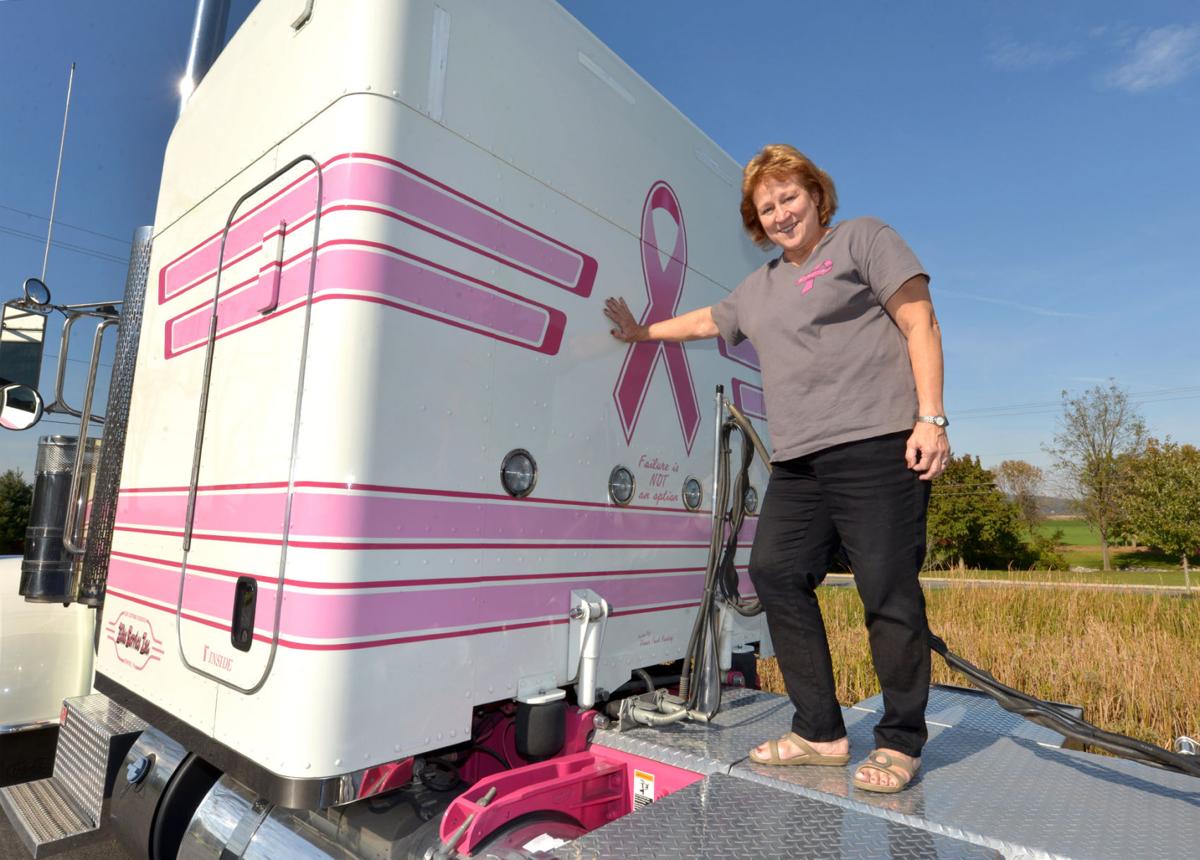 Yoder surprised her by decorating his new Peterbilt truck with pink and adding Lynne’s motto.

When Lynne sees that truck, she feels grateful for her family.

Elite has organized fundraisers and sells T-shirts with a picture of the truck. The company’s donated more than $2,000 to Help the Fight, a Lancaster nonprofit focused on helping breast cancer patients.

The truck has also pulled a giant pink float filled with patients from the cancer center in the Ephrata Fair parade.

Today, approaching her third anniversary of the end of her treatment, Lynne says she’s feels great. She’s also scaled back to a 40-hour workweek, allowing her daughters to step up and take on more responsibilities.