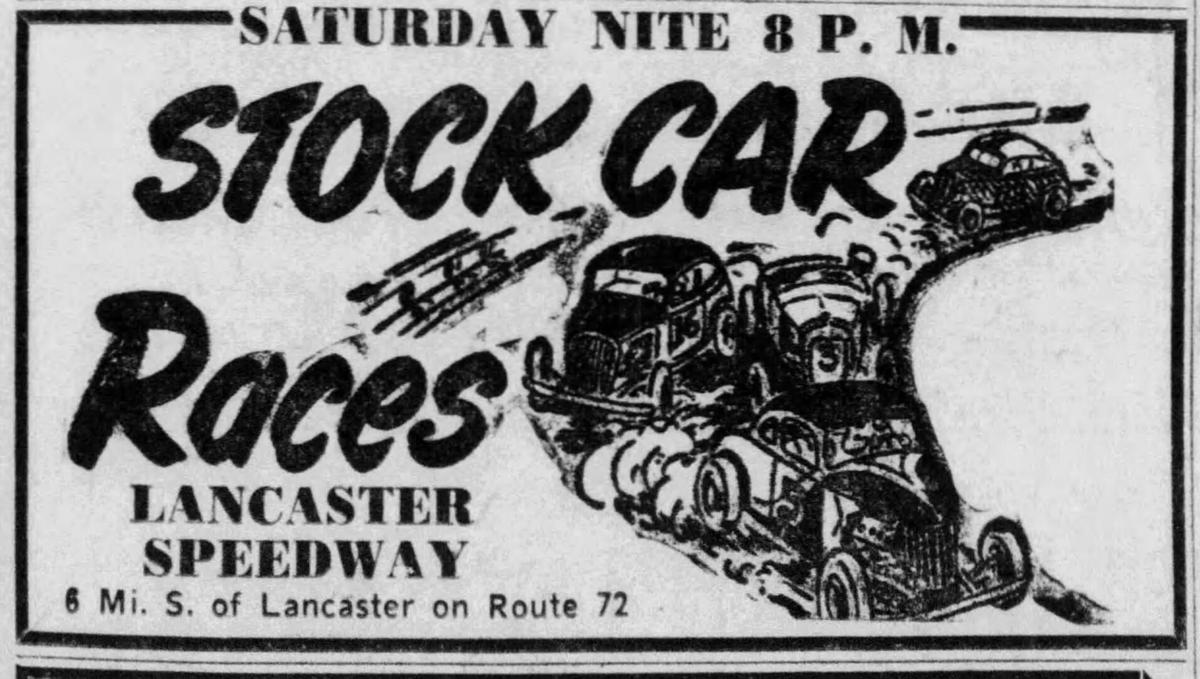 I was speaking with my aunt and uncle this week during a visit to our home in Willow Street. They started talking about coming to Willow Street to attend events at the Lancaster Speedway. Do you have any history of this local racetrack?

The Lancaster Speedway was one of several raucous race tracks that operated in Lancaster County during the supposedly placid 1950s. It was off Route 272 near the intersection of Herrville and Shiprock roads south of Willow Street.

The track featured stock car races and stunt drivers. Most of the time, it was all good, clean fun. But there were some mishaps.

Stunt driver David Steffy, 29, of Lancaster, was seriously hurt in September 1953 when he was thrown from the hood of a car passing through a “wall of fire” and dragged beneath the car more than 25 feet.

The most serious accident occurred the previous September when James Clarke, 25, of Red Lion R1, York County, lost control of his car while on a test run and hit a crowd of spectators.

Jere Ament, 21, of Lancaster, a fellow racer, died when Clarke’s car ran off the track and through a fence into a restricted area between the track and the grease pit. The crash injured nearly a dozen other spectators.

Clarke, who was not seriously hurt, nevertheless said he was “cured of racing forever.”

I’ve been driving through a small community on the Marietta Pike for decades, yet I’ve always been a bit unclear as to its correct name. Is it Silver Spring or Silver Springs?

The road signs are wrong. Silver Spring takes its name from a singular source of water.

Riding down Queen Street to Thaddeus Stevens College of Technology, I noticed I was on Chesapeake Street and then saw Reigart’s Landing. It is said you could buy a ticket from here to Paris at the Dirty Ol’ Tavern years ago. So is that the reason for the name of this street?

Bicentennial wagon train rolled through Lancaster 44 summers ago [The Scribbler]

The Dirty Ol’ Tavern at Engleside did not archive canal ticket receipts in the 1820s, and who knows what was in somebody’s head when Chesapeake Street was designated in 1904, but it seems unlikely that the canal and the street name are associated in any but the most general way.

It is extremely doubtful that anyone did that; just a few years after the canal opened, the railroad arrived, so it would have been far easier to travel by rail to Philadelphia and take a boat from there to France.

But, yes, canal boats did launch from Reigart’s Landing, at the bottom of today’s Strawberry Street, which crosses Chesapeake Street on its way into Lancaster County Central Park. So your proposed reason for the naming of Chesapeake Street isn’t impossible, Denny; it’s just impossible to verify.