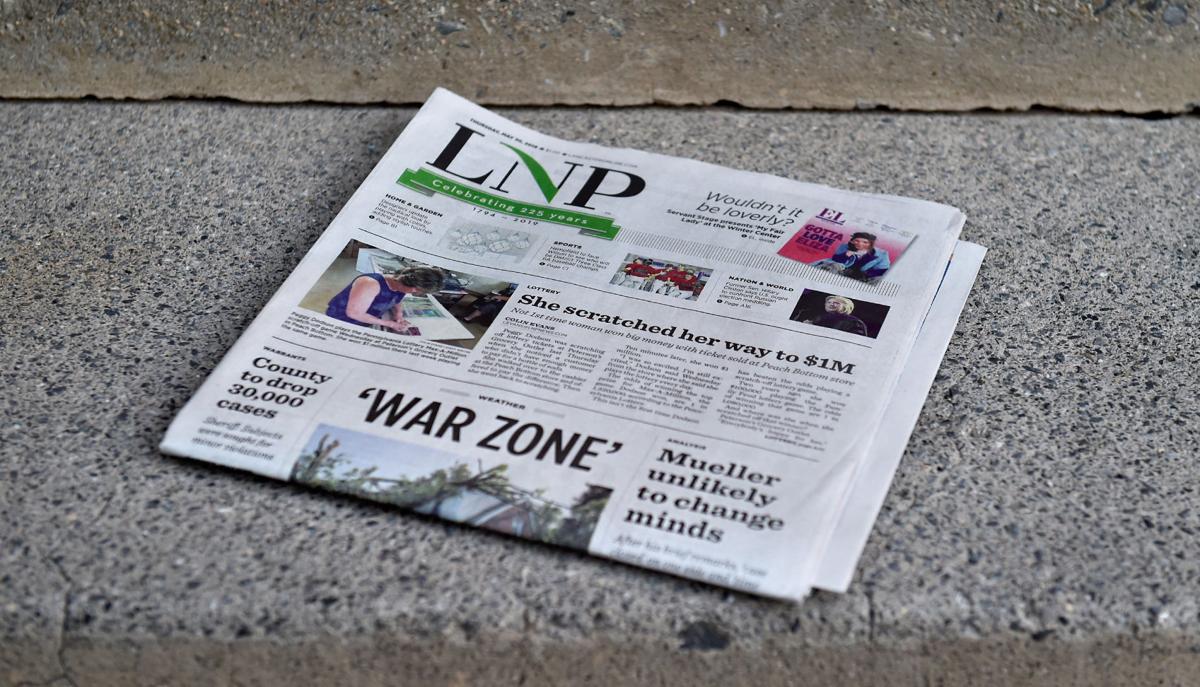 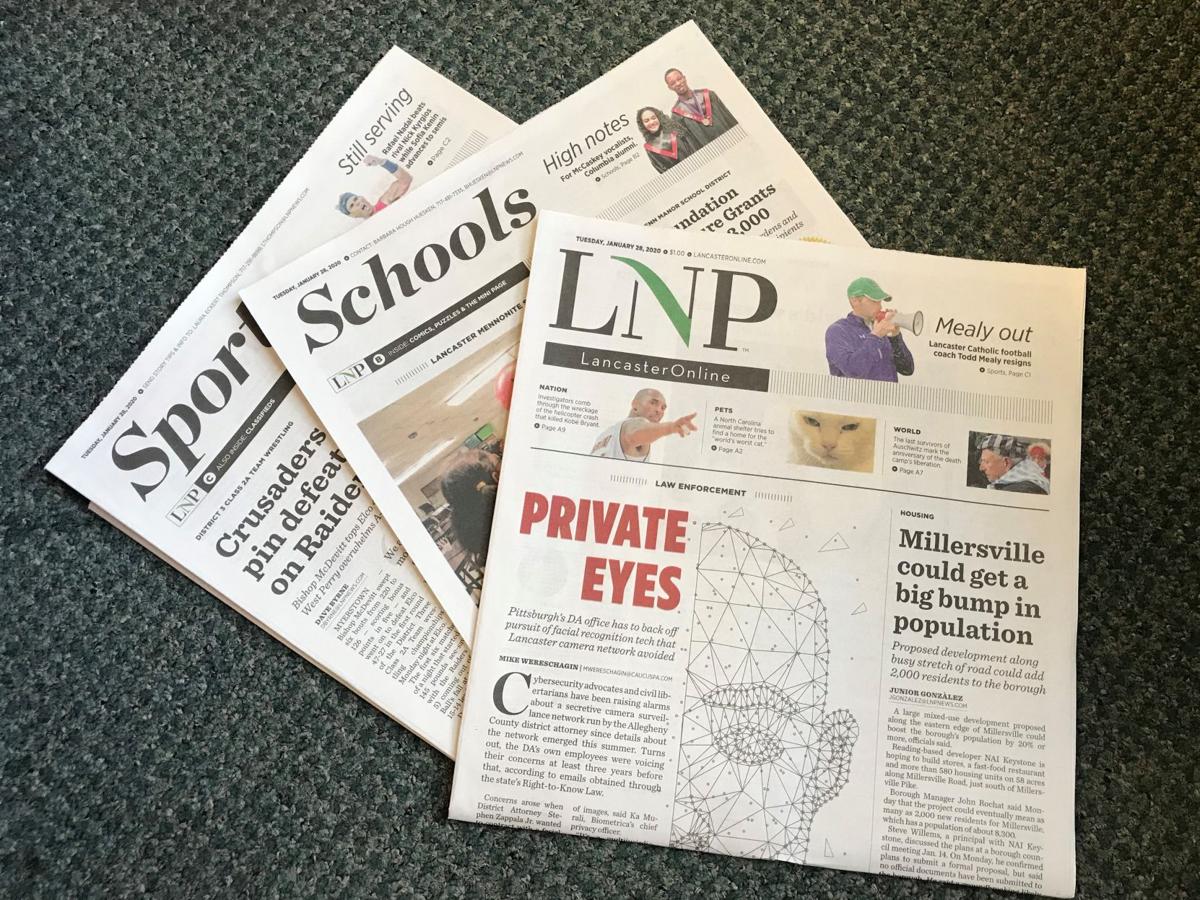 That there now are two weeks dedicated to media and news literacy speaks to the scope of the problem.

We’ve forgotten what facts are. We’ve lost sight of the need for reliable news sources.

In this era of “alternative facts” (an oxymoron if ever there was one), we argue with one another about everything from climate change to vaccination to the impeachment trial of President Donald Trump, citing not verified truths but opinions masquerading as facts that we’ve pulled from biased sources.

MSBNC’s “The Rachel Maddow Show” is not an impartial news source. Neither is Fox News’ “Sean Hannity.”

This, what you’re reading right now, is an editorial, by definition an opinion piece — not a news story.

LNP | LancasterOnline is an objective news source, and an essential one for people who want to know what’s going on in Lancaster County.

So LNP | LancasterOnline takes two measures with regard to opinion pieces: We label them clearly, and we fact-check them rigorously, because we don’t want to publish even opinion pieces (including letters to the editor) that are inaccurate.

Your aunt may be a lovely person, and you may love her very much, but you should read her political posts on Facebook with a grain of salt. And you should think twice before sharing her posts (unless they’re just filled with images of adorable dogs — because dogs, in our opinion, make everything better).

Because this is a presidential election year, we can expect more of the same kind of falsehoods propagated by Russia and other U.S. adversaries on American social media sites. Foreign trolls will be out in force, seeking to influence public opinion and to incite division and chaos by posting false and inflammatory stories.

Many of these stories will look convincing, and may be accompanied by what are known as “deepfakes” — videos altered by the use of artificial intelligence. They are dangerous because they can look and sound real. Deepfakes have been banned by Facebook, but that social media giant’s record on weeding out spurious content is pretty pathetic.

Indeed, as we noted in October, Facebook has delivered vast amounts of false information to Americans — particularly during the 2016 presidential campaign.

“The social media giant has been shamed into doing a better job of blocking disinformation, but it continues to peddle hoaxes and other garbage to drive traffic and its financial performance,” we wrote. “And it is shielded by Section 230 of the Communications Decency Act, which protects online platforms that publish third-party content from any legal liability for it.”

We’d like to see Congress reconsider that protection for online platforms. Until it does, skepticism will be our best friend when we’re reading online content.

Here are some tips we offered in October that we believe merit repeating:

— Don’t rely on just one source. That’s a fundamental rule of reporting — and it should be a rule for news consumers, too.

— Choose reliable sources, such as newspapers like LNP | LancasterOnline.

This is one way you know LNP | LancasterOnline is reliable: We admit our mistakes and issue corrections for them, because we know accuracy is vital. Beware any source that never admits its errors.

— Read information critically: Does it make sense? Is it supported by facts? Are sources cited? Does the writer have a discernible agenda? Is it clear who wrote or created it?

— Make use of fact-checking websites like Snopes.com, PolitiFact.com or FactCheck.org.

— Click on the “About” section of a website to check who’s producing it. Increasingly, political organizations are launching websites that are dressed up like local news sites but have embedded political messages.

— “Consider the source. Strange domain names or websites that end in ‘lo’ ... are signs you should be wary.”

— “Look for visual clues: Fake news websites may use sloppy or unprofessional design and overuse ALL CAPS.”

Many schools now laudably teach media literacy, an effort championed by Anisha Parida, a Manheim Township High School student, in a column published on the Generation Z(eal) page in the Dec. 15 LNP |LancasterOnline. (Her writing won a first-place award in Celebration 225: The LNP | LancasterOnline Journalism and Design an Ad Contest.)

She wrote wisely that readers not only need to “know how to identify and evaluate the credibility of sources,” but “they must diversify the news sources they consume,” and “reduce confirmation bias,” by being aware that their biases may lead them to seek out only articles that confirm their beliefs.

The late U.S. Sen. Daniel Patrick Moynihan famously said, “Everyone is entitled to his own opinion, but not to his own facts.”

Sadly, too many politicians today not only believe they’re entitled to their own facts, but they attack news organizations dedicated to reporting verified facts.

As citizens, we should be skeptical of politicians who cry “fake news” when faced with accurate reporting they don’t like.

And, as news consumers, we should be aware that there are indeed perpetrators of fake news seeking gullible targets. We must not let them succeed.