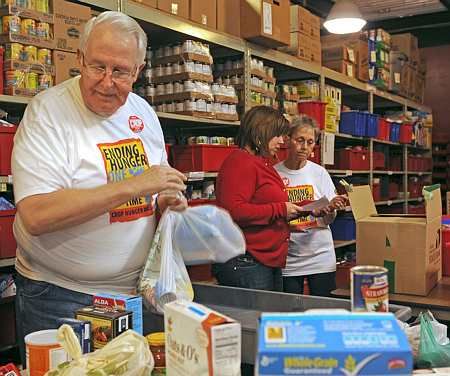 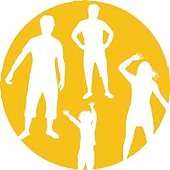 The people behind Hunger-Free Lancaster County want every county resident to have access to three healthy meals a day by March 2018.

This means they need to close a 7.2 million meal gap.

Theirs is not just a worthy goal, but an ambitious, even audacious, one: Feeding America has set a 10-year goal for closing the meal gap nationwide.

Still, it’s not going to be easy.

And on snow days and summer vacation days — keenly anticipated by kids in families of means, but often dreaded by children in food-insecure homes — it’s going to mean finding ways to feed children in their neighborhoods and townships.

As of September, only 52 percent of the low-income people here who were eligible for SNAP participated in the program.

Turns out, some people actually need to be convinced to sign up for SNAP. And some need help navigating the process of signing up.

Hunger-Free Lancaster County wants to knock down the barriers that are keeping people from getting assistance, and increase participation in SNAP by 10 percentage points in three years.

Increasing participation in SNAP  will shorten the lines at the community pantries and meals that serve the working poor who aren’t eligible for federal food assistance.

And it will add 5.7 million of the 7 million meals needed to close the meal gap here.

Hunger-Free Lancaster County wants to see the asset test for SNAP eliminated. The asset test is keeping senior citizens with some retirement savings but little money for food, for instance, from being eligible for SNAP.

Gov. Tom Wolf  can eliminate that asset test, and has expressed a willingness to do so.

We hope he does, and soon.

There still will be a means test to ensure that the people applying for SNAP qualify for it. The asset test, reinstituted by former Gov. Tom Corbett in 2012, is an unnecessary and unhelpful obstacle.

It seems counterintuitive that hunger should be so serious a problem in a county so well known for its farms and farmers markets.

But it is, and as Joe Arthur, executive director of the Central Pennsylvania Food Bank, points out, food insecurity affects people who never expected to experience it.

Fewer than 3 percent of the food bank’s clients are homeless, he says. “If we only had to feed the homeless, this would be easy.”

You’ll be hearing a lot about the Hunger-Free Lancaster County initiative in the months to come, as it works toward building what it terms a “nutritious, accessible and sustainable food system.”

Please consider how you could help. Contact your elected representatives in Congress and ask them to adequately fund federal food programs. Ask state lawmakers to support funding for the State Food Purchase Program, which helps food banks and other nonprofits provide food to those in need.

Ask your school principals and superintendents how breakfast is served to children in your school district. Ask your school PTO to consider planting a garden to grow food for community meals.

Donate money to a food bank.

If you’re a farmer, or a decision-maker at a local business, or a school official, or even just a concerned citizen, get involved with Hunger-Free Lancaster County.

Hunger is both an awful problem and a solvable one.

We can do this, Lancaster County.