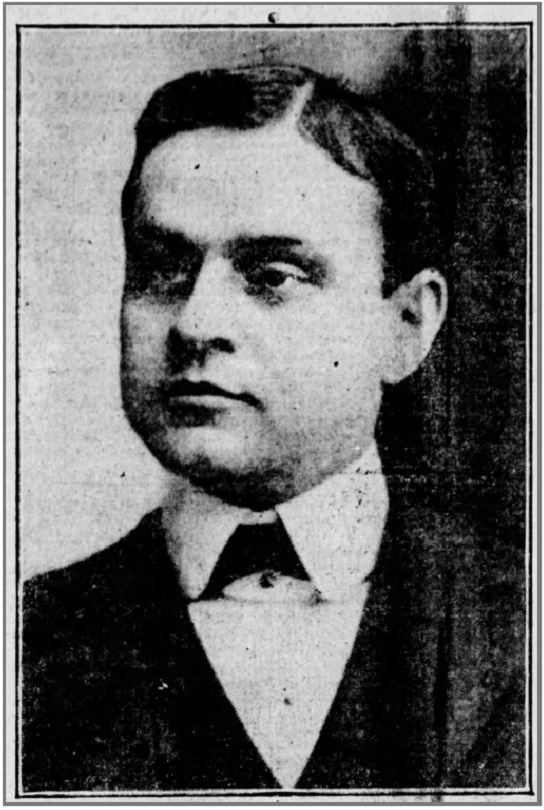 The late Judge Wilson Bucher once said that, with one notable exception, Lancaster County’s judges have upheld the law for more than two centuries. Thanks to Lancaster resident Dan Smith’s careful study of Lancaster newspaper archives and limited sleuthing on the Scribbler’s part, here is the story of that exception.

If you had read the obituaries of Judge John M. Groff and attorney M. Edna Hurst, you would have thought they were two of the more prominent people in this community.

Lancaster's 'Lost River' still flows under the city [The Scribbler]

The judge served as an officer on the home front during the Spanish-American War. He joined the bar and served a term as district attorney before becoming a county judge. He joined all the local organizations worth joining. He was a Republican. He died in 1932, at age 63.

Hurst practiced law in Lancaster and later worked for the state in Harrisburg. She also was a member of all the right groups. She also was a Republican. She died in 1953, at age 71.

A century ago, March Madness featured a Lancaster star [The Scribbler]

But these two seemingly upstanding citizens were involved in an enterprise that their obituaries did not mention. In the early 1930s, Hurst tended to defend clients on the wrong side of the law. Groff tended to provide lenient sentences for Miss Hurst’s clients.

There also is a strong indication in the newspaper record that Groff and Hurst were associated in a way that Nora Graybill Groff, the judge’s wife, would not have approved.

Lancaster newspapers published the sordid details of the Groff-Hurst relationship during Hurst’s disbarment hearing in April 1935.

According to testimony at the hearing, Hurst visited Groff’s office twice nearly every day. They talked more often on the telephone.

What happened to the campaign for a county health department? [The Scribbler]

So a group of attorneys decided to tap into the private conversations of Judge Groff and Miss Hurst. Daniel B. Strickler, later an army general and lieutenant governor of Pennsylvania but then the city commissioner of police, deputized six young lawyers as city police officers so they could spy on the suspects

On the night of June 10-11, 1932, the deputized lawyers entered the judge’s chambers and installed a microphone inside his desk. They ran wires along the floor to the main courtroom, then up to the roof and back to the rear of the courthouse. From there, the wires stretched across Grant Street to receiving sets in a building at 45-47 Grant St.

For a month, the lawyers took turns listening to Groff and Hurst discuss cases scheduled for court.

Robert Ruppin, one of the investigating lawyers, explained during the hearing that the spying was necessary because of the “general scandal that existed over the relationships between Judge Groff and bootleggers, slot machine operators and notorious characters in general, and the association apparent to almost everyone between Miss Hurst and Judge Groff.”

Confronted with the evidence, Hurst said in August 1932 that she would stop practicing law. But she did not. Groff quickly resigned and died of the flu. The county court eventually cut through legal red tape and disbarred Hurst. She married an Elizabethtown man, Benjamin Garber, in 1948.

That is the story that did not appear in the obituaries of Judge John Groff and Edna Hurst Garber, prominent residents of this county who, in public, associated with all the right people.

Do hollowed-out logs carry water or sewage through the city? [The Scribbler]

Jack Brubaker, retired from the LNP staff, writes “The Scribbler” column every Wednesday. He welcomes comments and contributions at scribblerlnp@gmail.com.

Remembering his friends, Springsteen pens ‘Letter to You’