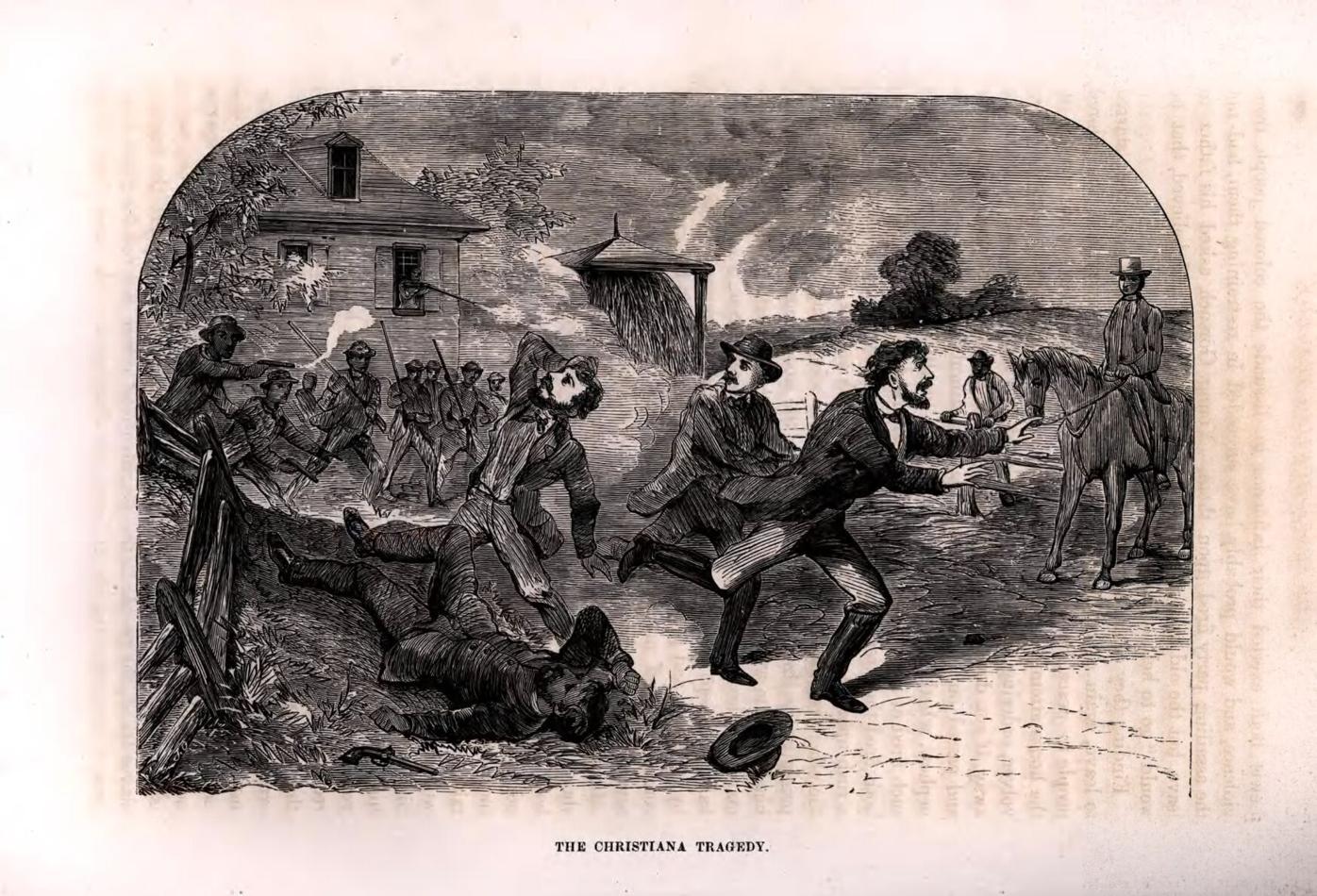 This illustration of "The Christiana Tragedy'' first appeared in William Still's 1872 history of the Underground Railroad.

This illustration of "The Christiana Tragedy'' first appeared in William Still's 1872 history of the Underground Railroad.

There has been considerable debate about whether the assault on the U.S. Capitol on Jan. 6 should be termed a "riot,“ an "insurrection,” a “protest” that turned violent, or something else.

The Scribbler is not going to choose a dog in that fight, at least not on this page. But it might be instructive to consider how the terminology used to describe a violent event in the history of Lancaster County has changed over time.

Originally, the deadly confrontation at Christiana in 1851 was called the “Christiana tragedy” for reasons the Scribbler will discuss below. Then, for well over a century, almost everyone settled on “Christiana riot.” In recent years, “Christiana resistance” has become more popular.

Next Saturday is the 170th anniversary of the encounter at Christiana, so this is an appropriate time to discuss how it has been described over the years.

Four young men who had been enslaved by Maryland farmer Edward Gorsuch escaped to Lancaster County in 1849. Two years later, following passage of the federal Fugitive Slave Act, Gorsuch tracked down these men at a farm near Christiana.

Gorsuch traveled to Christiana to retrieve his property. He found the men guarded by a former slave named William Parker, other free Blacks and white abolitionists.

The Fugitive Slave Act of 1850 compelled citizens to assist in the capture of slaves who fled their owners. It also provided for a fine of $1,000 and six months in prison for anyone who interfered with federal authorities seeking to enforce the law.

Parker and his compatriots ignored this law and confronted the group from Maryland. They killed Gorsuch and wounded his son and several others. Thirty-eight men were charged with treason under the law. At trial, no one was found guilty.

Early accounts of the incident called it the “Christiana tragedy,” largely from a white point of view. Christiana obviously was a tragedy for the Gorsuch family. It also seemed to be a tragedy for pro-slavery southerners who expected citizens to obey and courts to uphold the law.

As Thomas Slaughter points out in “Bloody Dawn,” a brilliant 1991 examination of the event, anti-slavery forces in the North also saw Christiana as a tragedy because it associated abolitionists with violence; and free Blacks saw it as tragedy because it turned many whites, North and South, against them.

“Riot” soon became the primary descriptor of the incident, again from a white point of view. Blacks had “rioted” against and killed a slave owner seeking to reclaim his property. Sometimes “rebellion” was used in place of “riot,” once again placing the emphasis on Black disobedience.

In recent years, “resistance” as often as not has replaced “riot,” thus finally viewing the incident from a Black perspective.

An elaborate map of Underground Railroad and anti-slavery sites in Christiana and surrounding areas, published by the Charles Bond Company and the Christiana Historical Society in 2006, explains the change from “riot” to “resistance.”

“Resistance” often replaces “riot,” notes the map’s text, “since the citizens involved in thwarting the slave owners and federal agents in 1851 were resisting a law widely believed to be unjust and unconstitutional.”

Similarly, characterization of the tumultuous events of Jan. 6 may evolve over time, depending on whose viewpoint prevails.

Jack Brubaker, retired from the LNP staff, writes “The Scribbler“ column every Sunday. He welcomes comments and contributions at scribblerlnp@gmail.com.

Why did Meadia Heights purchase land across the Conestoga? [The Scribbler]

How does the current pandemic compare with the 1918 flu? [The Scribbler]

So, COVID-19 has killed more Americans than the 1918 Spanish influenza — previously the deadliest disease in U.S. history. The Spanish flu kil…

What does Pa. Dutch powwow say about curing fevers? [The Scribbler]

The Scribbler is trying to understand why anyone would take ivermectin, a medicine ordinarily used to treat parasitic infections in animals, t…