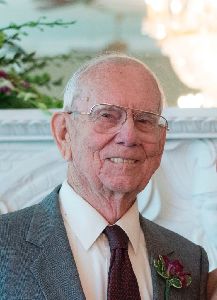 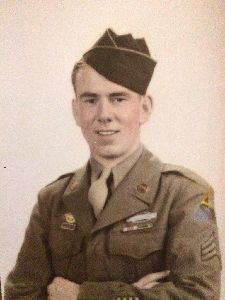 On Monday, April 27, 2020, Wayne L. Wolford, of Lancaster, formerly of Duncannon, passed from this life to the next with his daughters by his side. The coronavirus pandemic has stolen this much loved and admired fine man from us. He was 95. Born to Leroy and Agnes Wolford, he was the eldest of their three sons. At the age of eighteen and just one week after high school graduation in 1943, he was called up to serve his country in WWII. He served under General George S. Patton in the Third Army, Fourth Armored Infantry Division in Europe, specifically in The Battle of the Bulge campaign. Coming home at age twenty in 1945, he had certainly earned his place in what was later coined, The Greatest Generation. A modest man, Dad never spoke of his war experience to his daughters until very late in his life. It was then we realized what an unsung hero he was, like so many others.

He married the love of his life, Dorothy Owen, in 1947. They had met in the sixth grade and thus began their love story that continued through 59 years of marriage until her death in 2007.

The GI Bill afforded him an education at Franklin and Marshall College, graduating in 1951. His entire career was with The Pennsylvania Railroad, which became Conrail. He retired in 1986 and then he and Dot traveled throughout the U.S. and Canada.

Growing up in Duncannon, he and his brother, Boyd played guitar together and had performed for local school assemblies. As an adult he became a faithful member the Duncannon Presbyterian Church for over fifty years, having served on its Board of Trustees for several terms. Having been very civic minded, Wayne was inducted into the Pennsylvania Voter Hall of Fame on 2009 for having voted consecutively at every November election for the last fifty years.

He received a Good Citizenship Award from the Pennsylvania Senate and a congratulatory certificate from Governor Rendell. Wayne will also be remembered for his great, but subtle sense of humor.

Always our loving and supportive father and grandfather, Wayne is survived by his two daughters: Lynne Sterling, Lancaster, and Ann Rampulla (John) of Camp Hill, and three grandchildren: Megan S. Waters (Brian), and Alex and Evan Young. Also surviving is brother, Keith Wolford of Duncannon, and many nieces and nephews. Besides his parents and wife, Wayne was predeceased by his brother, Boyd Wolford and son-in-law, Donald Sterling, Jr. Burial will be private with military honors. A memorial service will be announced at a later date. Arrangements have been entrusted to Miller-Finkenbinder Funeral Home, Elizabethtown. 717-367-1543.

The family wishes to publicly express our gratitude for the outstanding care and compassion he received at Apostles Center of Care at Homestead Village, Lancaster.

In lieu of flowers, memorial contributions may be sent to his church toward their organ fund, 3 N. High St., Duncannon, PA 17020 or to St Jude's Children's Hospital, a cause Wayne supported, www.stjude.org/donate

Condolences and memories may be shared at: www.FinkenbinderFamily.com 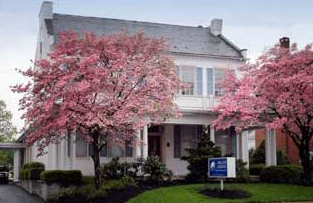