Sara Miller Ruth, 84, was born in Nine Points, PA on September 2, 1936. She was the youngest of 15 children of the late Leonard and Elizabeth Miller.

Losing her parents at a young age, Sara was raised by her sisters and brothers at the homestead in Nine Points, and later in Ercildoun, PA. They made it their mission to sacrifice and ensure her education which began in a one-room elementary school in Nine Points and continued until her college graduation. Sara was admitted to Cheney State Teachers College and graduated in 1958 with the knowledge to teach students grades 1 through 8.

Sara married Richard A. Ruth of Gap, PA in June 1960. They started their life together living in Philadelphia. It was a love story that lasted 56 years on earth, but, continued beyond his passing in November 2016.

Educating children was Sara's life's work and passion. She began her teaching career at McMichael School at 35th and Fairmount in Philadelphia, PA where she taught for 5 1/2 years. There she met fellow teacher Annie Johnson and her husband Leonard. Sara, Richard, Annie, and Leonard became the best of friends and remained so for the rest of their lives. Sara and Ann, who passed just a few short weeks before her friend Sara, spent every Thanksgiving together from 1960 until 2019.

After 5 1/2 years in Philadelphia, Richard and Sara moved to Gap, PA. Sara applied for a position in the Pequea Valley school district where she was hired and remained for 36 years. Former students still speak of the impact she had on their lives. She was an "Educator" who took continuing education classes at one of the local universities every summer to stay abreast. In 1993, she was named one of the ten best teachers in the state of Pennsylvania. Following her retirement, the Superintendent of the schools approached Sara and asked her to become a mentor to new teachers throughout the district. A position created specifically for Mrs. Ruth. And one she held for 3 years. They just could not let her go!

Sara's love of God and community led her to serve in many organizations geared toward the educational advancement of young people. She was a member of Mt. Zion AME Church in Atglen, PA where she served as a Trustee, Financial committee member, and was the founder and president of the Education and Scholarship committee. Her organizational affiliations outside of her church family included National Education Association, Pennsylvania State Education Association, The Delta Kappa Society International, Cheyney University National Alumni Association, Charter member of the Greater Chester County Chapter Cheyney Alumni Association, Founder and President of South Eastern Chester County Business and Professional Women's Club, Member of Eureka Chapter No.12 of the Eastern Star PHA Coatesville, PA, Life Member of Chester County NAACP where she was an officer and chaired the annual Freedom Fund Banquet for many years running.

There will be a public viewing on Monday, January 4th, 2021 from 9 AM until 11 AM at Wilde Funeral Home, 434 Main St., Parkesburg, PA. A graveside service will follow the viewing at Church of Christ Cemetery in East Fallowfield will follow at 11:30 AM.

In order to protect those at-risk, please wear a face mask and practice social distancing while at the funeral home and gravesite.

Online condolences can be posted www.wildefuneralhome.com 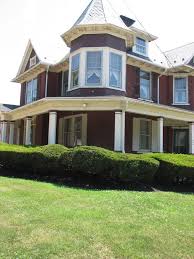